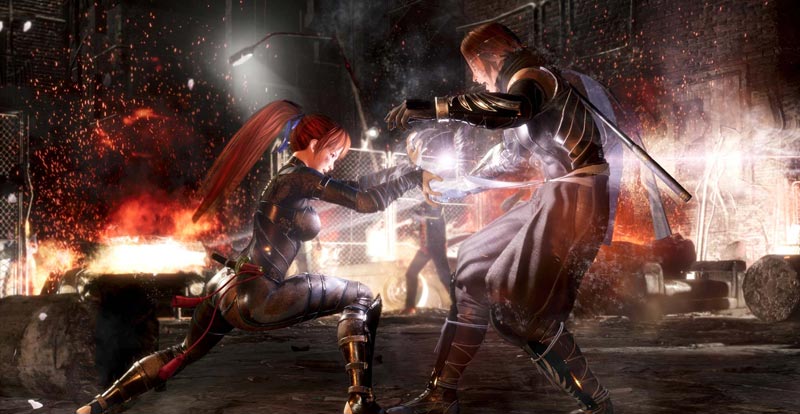 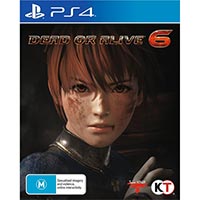 Dead or Alive is in a weird place as a series. As a fighting game originally indebted to its anime sensibilities, the games became progressively more sexualised and less essential to the broader fighting community. In a world of Dragon Ball FighterZ, Tekken 7, and a brand new Smash Bros., what can fighting game fans seek to gain from dipping back into Tecmo’s “physics reliant” series with Dead or Alive 6?

Well, the experience of a completely scattershot and nuts story mode, for one. Perhaps we’re ruined by hours spent watching cinematic compilations of Mortal Kombat story modes on YouTube (because, really, who isn’t?), but, after a fair few hours with Dead or Alive 6 we’re not even particularly sure of the story that it’s trying to tell, let alone whether it succeeds or not.

There’s a tournament, of course, the sixth one – plus there’s some magical wine on a boat somewhere? Two ninja sisters who hate each other? Seriously, we need some help with this one. I’m sure some die-hard DoA fans are tearing their hair out reading this, but as far as onboarding newcomers to the series, DoA6 has no such interest.

The presentation of the narrative is via a bizarre grid layout which unlocks seemingly at random, giving players access to progressive chapters of each of the characters’ portion of the story. The progression with which this happens adds to the narrative disconnect, as you’ll be hopping from one random encounter to the next, a tour of all the returning characters in the series. There are a lot of familiar faces here, carried over from previous entries, with a new lick of paint for the current gen.

Visually things are OK. Character models have a strange ‘last-gen but gussied up’ look about them – largely unemotive faces and out of sync mouth animations. Environments are fine too, but are lacking in detail. Stages are somewhat interactive – firecrackers scattered on the ground go off if a character falls on them in one stage, and a kraken tentacle can be roused in another.

Many of DoA’s established fight systems make a return here. Move sets are extensive with an emphasis on stuns and holds. The fighting can feel so frantic that for a unseasoned DoA players everything may begin to feel like a bit of a mashfest. One moment you’re just wailing away with a bunch of low sweeping floor kicks, like a scrub, and then all of a sudden you’ve spun across the arena like a missile to deal massive damage.

Knowing the detail is there is heartening, and DoA6 boasts an impressive training mode which tracks inputs to grind away the combos so your Hitomi game is strong. A new game changing addition is the Fatal Rush system, something akin to an auto-combo which is easy to initiate, but also easily punished if blocked or countered. Each Fatal Rush varies across characters, so there is depth here to be plumbed. 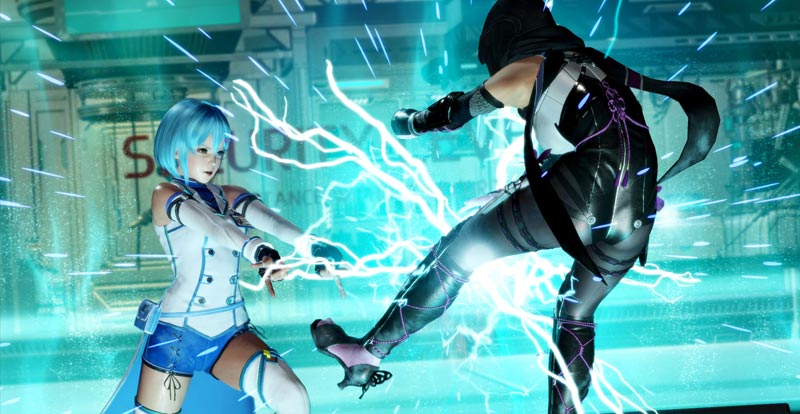 Bringing the series back into the mainstream has clearly been a priority this time around. The game has already weathered fan community ‘controversies’ surrounding less violent slow-mo animations for smaller female characters, character models are slightly more reasonably proportioned, and cycling through the available costumes doesn’t present anything that one would consider to be terribly risqué.

Speaking of costumes, players can choose a variety of outfits for every character, and also mess around with hair and glasses if that’s their jam. The variables allow for a lot of different creations, with much of the gear being purchased with the games in-game currency.

Most of the currency grinding you’ll be doing lives within DoA’s quest mode, where specific requirements must be met with a particular character to achieve star ratings for each encounter. Executing a particular series of attacks on an opponent, or pulling off a certain number of moves, will net you the game’s currency, and if you complete all encounters in a quest, you’ll be rewarded with a cosmetic item.

The quest mode is a solid addition not just as a way to collect rewards, but also as a gamified tutorial system, contextualising moves and forcing you to get to grips with elements of the mechanics that you may otherwise ignore.

Dead or Alive 6 is a solid if not entirely welcoming entry into the series. Time will tell how fans will take to the details and additional fight mechanics, but if you’re in the mood for some deep jiggly anime fighting fun, check this one out.

Dead or Alive 6 is available now for PS4 and Xbox One. 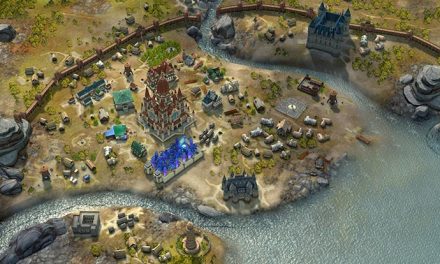 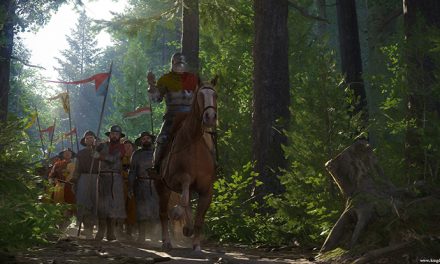