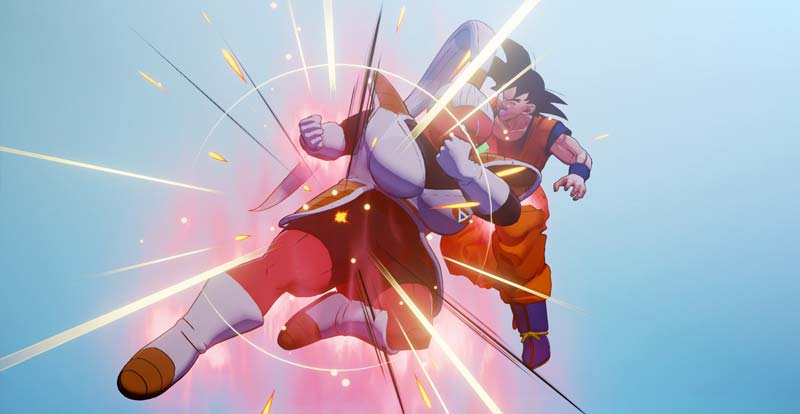 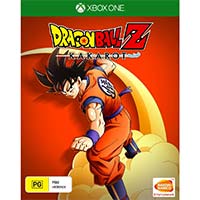 Dragon Ball Z has been a pop culture phenomenon since 1989. With several outstanding fighting games under its belt, how well does an open world RPG Dragon Ball Z: Kakarot fit into the series?

If you haven’t seen anything Dragon Ball before, Dragon Ball Z: Kakarot is a great way to catch up and get onboard. Like all Dragon Ball Z games, Kakarot centres around the story of the manga/anime. You’ll mainly play as Goku, the central character of the series, who is also known as Kakarot.

If you know nothing about this character, his origins can be compared to Superman (don’t get us started on a Superman vs Goku fight!) He arrived on Earth as a baby from a planet that exploded, and was found by an old man named Gohan. Even the boy scout characteristics of Goku are very similar to the Man of Steel. You’ll relive the entire Dragon Ball Z series, starting from Radditz taking his brother Goku’s son hostage, through to the Buu saga (seasons one to nine of the anime).

What sets Kakarot apart from previous Dragon Ball games is its focus on an open world with RPG mechanics. Earlier adventures may have had some minor exploration, or open world combat arenas, but Kakarot is much like 2018’s Spider-Man as compared to a Marvel vs. Capcom title.

Not only can you play the main story, but you can also complete side quests, such as getting your driver’s licence (the best episode of Dragon Ball Z!), exploring caves, fishing using your tail, and even eating mountains of food to buff your stats. Exploring in Kakarot is not only entertaining, but you’ll find Z orbs floating around the area which, when collected, can be used to buff existing attacks or unlock new ones. By completing some side missions you’ll unlock medals, which can be used on a community board, which will allow additional buffs such as a handy 5% damage increase.

The key focus of any Dragon Ball game is combat, and Kakarot has got that covered. The camera shifts from its exploration mode to an over-the-shoulder style (similar to the Xenoverse series), allowing you to lock on and focus in on foes. Main enemies in the game are stronger than Goku in most instances (just like the anime/manga) and will require you to fight smart. Rather than the first bosses being an easy introduction, Radditz provides a bit of challenge (again like in the anime). Thankfully, unlike in Xenoverse, there are no invisible walls, and you’ll be able to smash enemies into the horizon and through mountains. 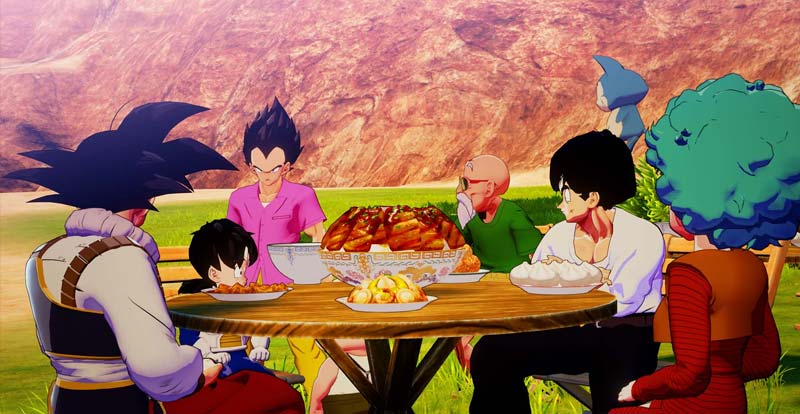 Graphically, Kakarot is gorgeous and by far the best-looking Dragon Ball game to date. It’s a perfect combination of Dragon Ball Xenoverse 2 and Dragon Ball FighterZ, looking just like the anime. Energy attacks are bright and colourful, swallowing light surrounding each beam, and devastating attacks have raw power behind each blow.

Combat is simple and a little similar to the Xenoverse series. One button for melee, basic ki blasts, dodging and charging. The triggers/bumpers bring up an ability list, which allows you to pull off signature moves such as the Kamehameha, Special Beam Cannon or the Galick Gun.

We do have some small issues with Kakarot. The controller/button layout is confusing, and is not intuitive. When roaming around the open world, you hit the jump button whilst in the air to fly/hover (A/X button), and if you want to fly higher/lower you’ll use R1/RB to go up, and R2/RT to go down, rather than using a more basic control layout. Melee hits are mapped to B/Circle, while basic Ki blasts are mapped to X/square. The control layout of the previous Dragon Ball Xenoverse series was perfect and should have been ported over, especially as you cannot change the control/button mapping. Also, you can play Kakarot with an English dub, but the lip sync is clearly mapped for the included Japanese dub.

Ultimately though, Dragon Ball Z: Kakarot is an outstanding first open world entry in the Dragon Ball gaming universe. You’ll replay even the small moments from the Dragon Ball Z world, such as finding apples for a starving Gohan, the iconic battle of Goku and Frieza, Tien’s one-handed Tri Beam (best human in the series… move over Krillin!) and more.

If you’re a Dragon Ball fan in general, you need to grab your Dragon Radar and head out to pick this one up!

Dragon Ball Z: Kakarot is available now on PS4 and Xbox One. 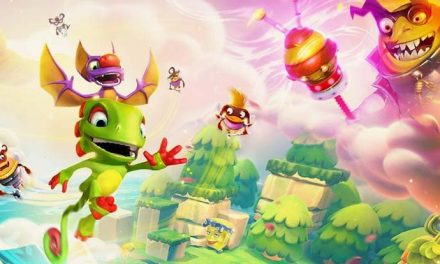 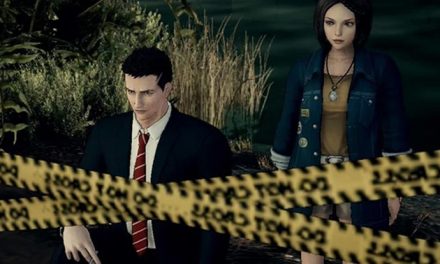 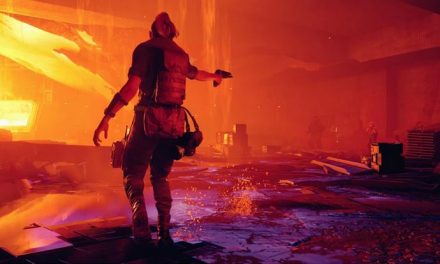