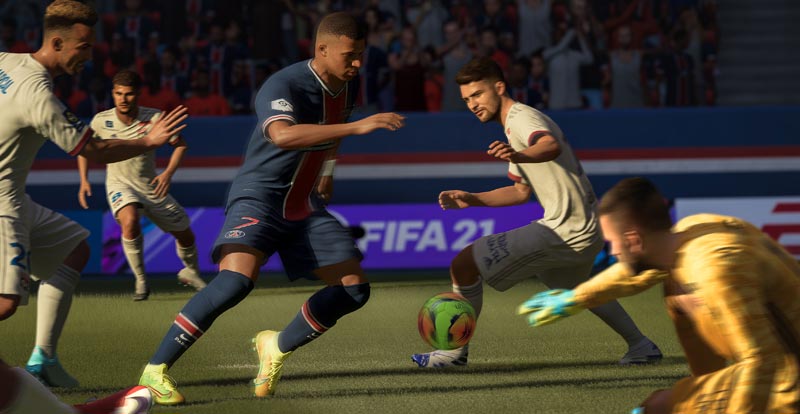 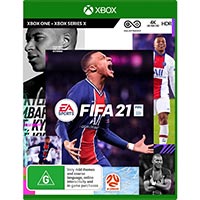 Some years, FIFA releases can be as predictable as having to select the language type every single time you open the game. While there hasn’t been any change to the look and feel of the menus in FIFA 21, they’ve definitely made some… interesting choices with the colour.

Where last year’s scheme was “hipster leopard print”, this year has gone for “watered-down-Ribena-purple”. And while these updates are laughably small, the major improvements in FIFA 21 have, quite rightly, happened on the virtual pitch, and will change the way you play.

First things first, match speed. One of the big issues that players had with FIFA 20 has been addressed in a massive way. The end-to-end nature of FIFA 21 is something to behold. Player movement is faster, passing is more crucial than ever and, joy of joys, headed goals are once again awesome. Crossing the ball into the box for genuine scoring opportunities used to be unrealistically difficult. Now with improvements to the assisted crossing and assisted heading tools, you will find yourself scoring goals more often than not. Set pieces have also become much more threatening.

Improvements to the player physics and collision systems, make for more… robust challenges on the ball, with refs only pulling out the whistle for incredibly blatant calls. It means more dynamic plays and adds to the overall flow and speed of the game. You’ll find sliding tackles to be more effective and your players will quickly find their feet to retrieve the ball as well. These massive changes with player movement, along with improved ball control, make it easier than ever to do flashy skill moves that will leave opponents crying in a puddle with broken ankles.

“…joy of joys, headed goals are once again awesome.”

One of the biggest improvements, at least when looking at the individual players, is that superstars play like superstars. In previous years, they might have moved a little faster or kicked a little harder, but it was difficult to tell why they were worth 100 million pounds. In FIFA 21 you KNOW when you’ve got a talent on your hands. They move with purpose, like the ball is almost glued to their feet, and can be almost impossible to stop if handled right. Some of their skilled moves or shots will make you catch your breath and is worth the price of admission alone.

Another massive change this year, and one that will be both frustrating and exciting in equal measure, is to goalkeepers. Now even the top tier keepers (Oblak, Ter Stegen and Alisson, according to this year’s rankings) act like they’ve been selected from your local indoor soccer club’s social grade standby keepers list. They’re next to useless regardless of their level. Keepers will almost always designate to punch a ball away instead of grabbing it, which makes for exciting attacking moments, and pants-wettingly nervous defensive cliff-hangers. It’s a ridiculous new feature that will make goalless games a thing of the past. Fantastic for high scoring, attack focused teams, terrible for teams that like to soak up pressure and respond on the counter.

The player experience has also been improved slightly this year. Music is a darned sight better than FIFA 20, with tracks being less laid back. It’s still not quite as punchy as the mid-2000s or mid-2010s era, but it’s a massive step in the right direction. FIFA games have almost always had a super progressive selection of solid and iconic music, so it’s nice to see some bold choices being made again. 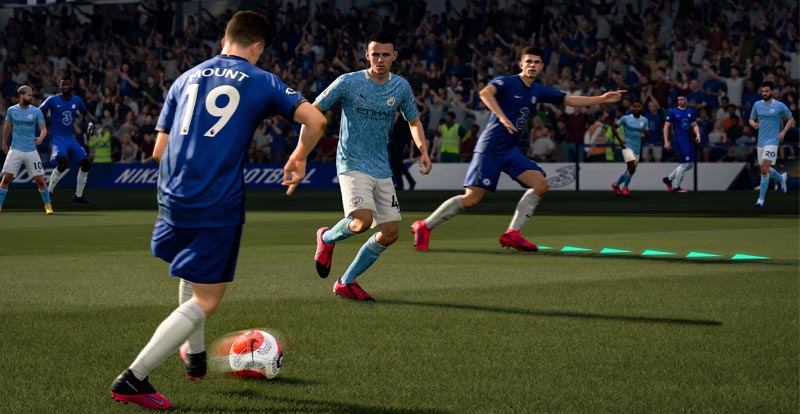 Now, let’s talk about game modes. From the beginning it’s obvious that Ultimate Teams is where all the fancy graphical overhauls have found their home. It’s shiny and fun and always enticing. Now, if only half of that time had been spent on upgrading the rest of the game… There’s not much new in the function of Ultimate Teams, but the menu systems look incredible. If this is where you choose to spend your time, you won’t be disappointed.

The MyCareer mode still looks exactly the same as it has in previous years, albeit with the colouring of Barney the Dinosaur after he’s been out in the sun for too long. It would’ve been nice to see a similar upgrade to the menu system as we’ve seen for Ultimate Teams. However, under the hood there have been some excellent changes.

The new training and development options in MyCareer are an absolute godsend. You can train players for new positions, making them more effective for you. Moving a CF to ST positioning will make them more effective in your style of game and raise their overall rating. It’s fun to play with, although it might take a little longer if you want to change Mo Salah from a winger to a keeper. But hey… anything’s possible! The new training scheduling system is likewise an awesome inclusion and takes away the tedious system from the last few years. These overhauls have been long overdue, and give MyCareer managers much more control over the experience. You’ll now also have to manage not only player morale and fitness levels, but also individual player sharpness through training and match time.

“The new training and development options in MyCareer are an absolute godsend.”

Some of the MyCareer management goals however are ridiculous. Starting as one of the top four Premier League clubs, one of the “Critical” career objectives was to sign three players from North America. Thank you, but no, that won’t be happening. Half of the fun of the MyCareer mode is spending an obscene amount of money signing up a superstar like Mbappe to take your team all the way to the top. Stop trying to make our soccer game boring!

Volta is back in FIFA 21, so that’s something. And while there have been some updates to the gameplay, and the inclusion of a new story, there’s really not enough in here to distract from the Ultimate Teams or MyCareer modes.

If anything, FIFA 21 has made some marginal, but excellently chosen, improvements over FIFA 20, even if this year the colour scheme looks like Thanos got left in the washing machine on laundry day. Most importantly, the improvements have happened where they matter the most, on the pitch. The current menu experience for most of the game has been repeated ad nauseum and is as tired as a Michael Owen hot-take. The slickness of Ultimate Teams is a massive draw card and clearly where EA wants you to spend most of your time. But let’s forget all the boringness of menus and focus on the thing we want to do more than anything else, kick soccer balls more successfully than the other lot. In that simple but lofty aspiration, FIFA 21 succeeds mightily.

FIFA 21 is available now on PS4 and Xbox One. 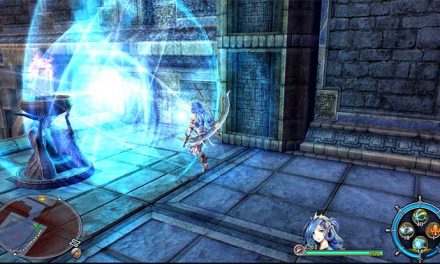