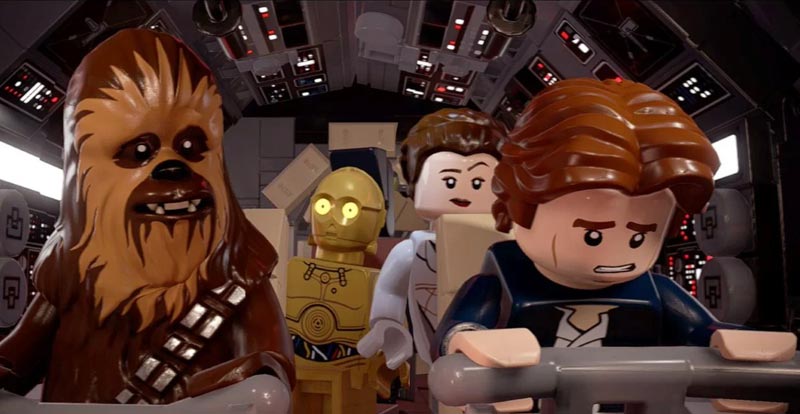 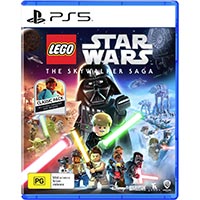 A long time ago, in a galaxy not far away at all, we were promised a new LEGO Star Wars game. After a few delays, LEGO Star Wars: The Skywalker Saga is finally here – and it’s been worth the wait.

Developers TT Games have billed this as their biggest LEGO game yet, and it’s impossible to quibble with the claim – look at the size of that thing! All nine mainline Star Wars films are featured, in abridged, just-the-highlights five level takes, making that a total of 45. From our experience – where we do tend to wander a little, but not a lot on our first run-through – we took a couple of hours per episode, but completion doesn’t mean the end, oh no…

Kicking off, you can go for the first episode of any of the three trilogies, with the default pleasingly the 1977 original, now known as A New Hope. Once played through, each level is unlocked for free play, and this is where those serious about collecting get to get their freak on.

Not surprisingly, collectibles are abundant, with a grand total of 1166 of the new Kyber bricks (they’re very similar to gold bricks in previous games) to aim to collect just the beginning. As usual, some you’ll easily trip over, while others will have you scratching your bonce as to how the heck to nab them. Then there are character unlocks – some 300-plus – as well assorted spacecraft, minikits and shiny new datacards, which, when combined with some of that hard-earned currency, are essentially the equivalent of old game red bricks. The majority of collectathoning will be done once free play is unlocked, but there are also massive hub worlds to explore which can take many, many hours each. This one’s a serious long-haul game if you’re a completionist type.

Yes, we were promised new things, and new things there are. Fans of previous LEGO games shouldn’t worry though, for there’s still a pleasing comfy slippers-like familiarity, with the majority of improvements being for the better. This includes everything from the obvious – the graphical embellishments with this new engine are lovely, with our playthrough on the PS5 looking more akin to a stop motion animated short than a game – to subtle changes to improve the gameplay experience – to the big one, which is for combat fans, with a third-person view and cover mechanics seamlessly integrated into certain battle scenes. Meanwhile, hand-to-hand and lightsaber battles now require more than repeated stabbing of the same button – in fact, if you do try this your moves will usually be blocked. So, mix things up! It’s not a massive tweak, but it adds a little more fun and skill to proceedings, be they small battles or boss fights. 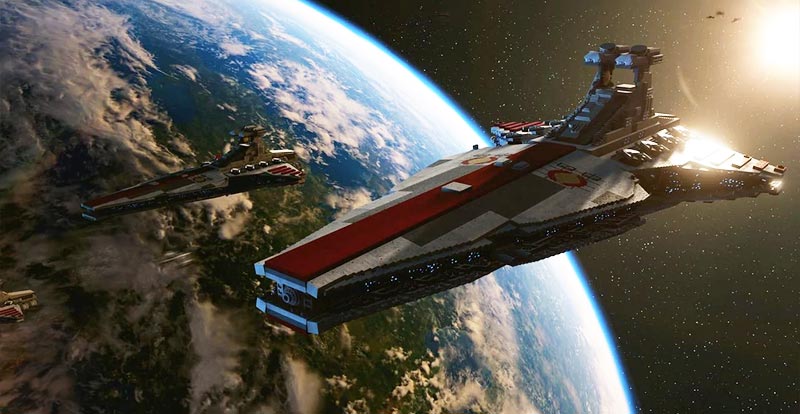 One of the most fun parts of the game is the space bits between worlds. You can use them as a way to simply get from A to B, or be like us and get distracted by various challenges, ranging from Super Stardust-like obliteration of asteroids to mine Kyber bricks to chasing space outlaws and getting involved in various race challenges. The latter are also dotted throughout various worlds old school style, and can be as frustrating as they’ve always been, but also rewarding once you nail the gold time.

Some of the puzzles that you face can also cause the odd head scratch, which by now has become somewhat of a tradition. As long as you can Tetris yourself into the mindset of the puzzle creators though – there’ll usually be a eureka moment – you’ll be fine.

LEGO games have always depended on different characters having different abilities to tackle various challenges – from climbing to melting stuff, and blowing things up to, in this case, Force abilities. It’s more structured now, with the hub of all useful stuff Holoprojector compiling your various characters into their specific capability categories – hero, villain and such. There are also light RPG elements, in that the abilities of each character category can be upgraded, as long as you have enough currency amassed.

“A LEGO game wouldn’t be a LEGO game without a certain brand of fun, often dad joke level humour, and LEGO Star Wars: The Skywalker Saga is certainly no exception.”

A LEGO game wouldn’t be a LEGO game without a certain brand of fun, often dad joke level humour, and LEGO Star Wars: The Skywalker Saga is certainly no exception. Often coming across akin to a collision between Star Wars and Mel Brooks’ genius spoof Spaceballs, there’s a lot of love in these gags, and deep appreciation for the masses of lore that the Star Wars universe contains. From old school pratfalls to witty lines, if you don’t raise a smile at least every so often then we’ll hazard a bet that you’re not much fun at parties.

Regrets? We don’t really have many, save for – and despite there being a whole new engine running things – the return of some pretty egregious camera woes when characters get into certain positions. Still, unlike some previous LEGO games we never found any of these occurrences game breaking – phew! Some may also quibble at the loss of the traditional custom character creator, while multiplayer remains steadfastly local split-screen co-op only. Internet? What internet?

On the big plus side, with a superb revamped map system that works on levels from massive overview down to the nitty-gritty, we’ve never found it easier to get where we want to get to in a LEGO game.

If you’re a gaming type who worships at the twin altars of LEGO and Star Wars then you really don’t want to miss this. It’s a deep treat for all fans, made by people who obviously love both subjects equally, and if you wish to get lost in it then you can. LEGO Star Wars: The Skywalker Saga really is a huge, continually rewarding toy box of classic space opera delights. 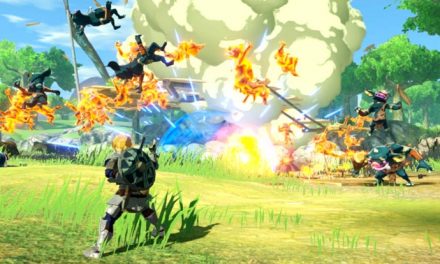 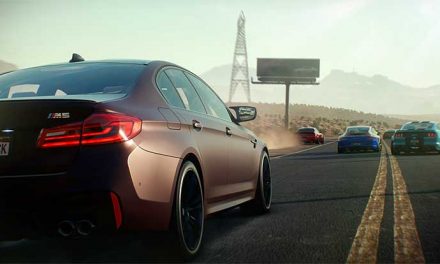 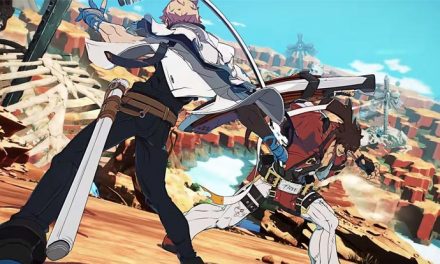 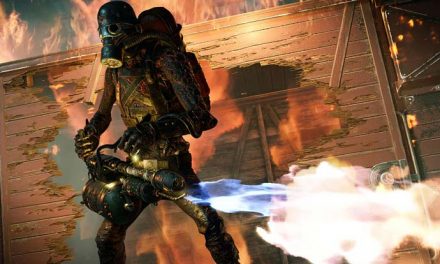