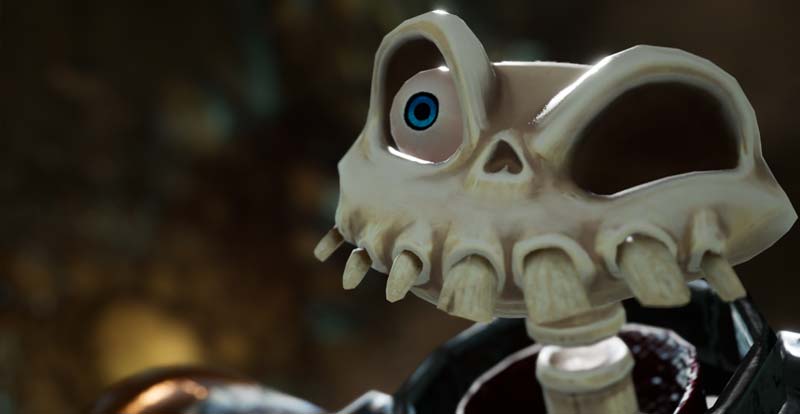 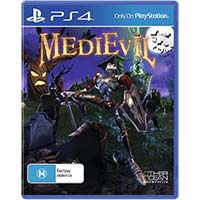 Something of a dark horse amongst other original PlayStation adventure games, MediEvil – much like it’s second-chance-hero Sir Daniel Fortesque – has arisen again after more than 20 years, fully remastered on PS4. So, does it earn a place in the Hall of Heroes, or should we send it back to the crypt?

If you were going to reflect on the pantheon of characters that represent the era of the original PlayStation, the list would probably be spearheaded by Crash Bandicoot, Spyro, Lara Croft, and Solid Snake. All characters full of nostalgia, meaning – let’s face it – bankability. MediEvil’s Sir Daniel Fortesque would come to mind eventually, but outside of a poorly-received sequel in 2000, and a PSP re-release in 2005, MediEvil has remained a largely dormant series, a relic of the colourful yet awkward 3D character adventure games of the 1990s.

That said, to leave it back in the ’90s would have been a mistake, and it’s something that Sony and the team at Other Ocean Emeryville thankfully recognised. There are definitely rough edges, though. 2019’s MediEvil toes a fine line between PS1 nostalgia and straight-up out of date design, but the spirit of the thing is so full of undeniable Halloween-esque creativity, and it’s mechanics are so easy to pick up and play, that it’s an easy recommendation for anyone who likes a bit of action-adventure.

It’s all there in the visual design. Sir Daniel Fortesque is a fantastically weird protagonist with a backstory slightly more nuanced than you would expect. It seems that Sir Fortesque is a bit of a fraud, enjoying a legacy of glorious death when in reality he fell to a well-placed arrow before even getting a swing at his nemesis. Jawless. One-eyed and still stuck in his rusty 500-year old armour, he clomps around the spooky, twisted Kingdom of Gallowmere with all the self-regard of a skeletal spinning top, swinging his shortsword and bashing with his club on his road to hero-dom.

You’ll be doing the usual action-adventure thing. A bit of manic combat here, a bit of light puzzling there, plus a bit of platforming. Every now and then you’ll come across a character who’ll chew the scenery to bits (the voice acting is fantastic), or you’ll find an item that can solve some environmental puzzle. Kill enough enemies in a level and you’ll be able to get the hidden Chalice of Souls, which will transport you to the Hall of Heroes between each level – provided you can find it. Magical runes open locked doors and health potions dance tantalisingly in dangerous or hard to reach places. This is original PlayStation design straight down the line. 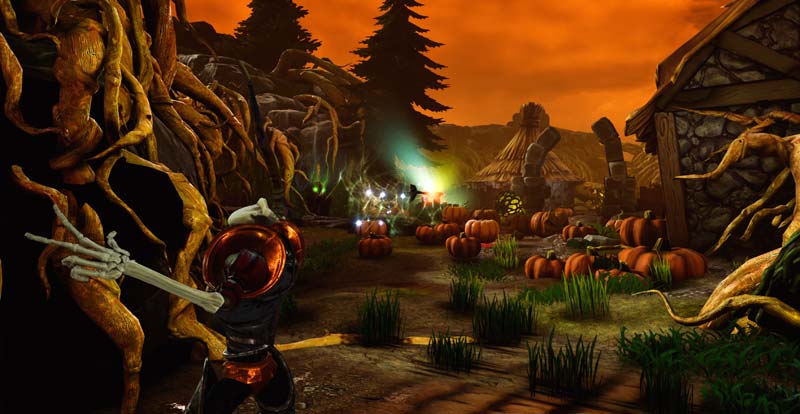 Clearly heavily inspired by The Nightmare Before Christmas (which released just two years before the original MediEvil began development), Gallowmere is all gnarled roots, possessed scarecrows and evil sharp toothed pumpkins – a playfully evil spirituality wrought on the land by the game’s big-bad in the dark sorcerer Zarok. In a world of Sekiro: Shadows Die Twice and ‘Super Expert’ Mario Maker 2 levels, bringing up difficulty in relation to MediEvil might sound strange, but this is no mindless hack-and-slash experience either. Some boss encounters can require perfect resource and position management and, when things really get down to the wire, bosses will pull out all the stops to be rid of you.

The core draw of MediEvil is seeing these spaces rendered with the PlayStation 4 hardware. Colours and creature designs really pop like an off-brand Disney animation, and the dark whimsy of the world pulls you along with whatever weird sight may be around the corner. We wouldn’t be surprised if the mere promise of seeing the world of Gallowmere rendered so well was the initial pitch to resurrect the series in the first place (the success and blogability of Crash Bandicoot’s remake notwithstanding). Seeing these places is a joy, but it’s the updating of the original’s gameplay design which feels uneven.

You could point to the messy and too-complicated equipment management, the way that the camera can sometimes follow you on a preset track, but then bug out and mess with Dan’s orientation. Then there’s the certain floatiness to the combat – these are the cobwebs at the heart of MediEvil, and it’s a shame Other Ocean Emeryville couldn’t clean them out. It’s possible that to maintain the original feel of the game these older bits of design were kept in, but the frustration of missing an enemy right in front of you or equipping the wrong gear for the umpteenth time comes with that concession.

While levels can look fantastic and tell interesting stories with their visuals, the maps and layouts make clear just how restricted games once were in terms of how large a level could be. MediEvil’s environments can sometimes feel like a series of corridors boxing you in, especially in areas like the Enchanted Forest, which is just four narrow paths and a couple of side areas. Others make use of larger view distances to give the illusion of scale, but you’ll find the barriers pretty quickly. That said, what MediEvil manages to do in these spaces is always fun and interesting, like solving riddles in a foggy hedge maze or descending into the bloody depths of an abandoned asylum, fighting waves and waves of enemies as you go.

Dusting off something as easily forgotten as MediEvil has turned out to be a good call, introducing new players to the series while giving a good old hit of nostalgia to those old enough to be there the first time around. While it stumbles sometimes on its tightrope between 1998 and 2019, MediEvil’s visual design and core gameplay were well deserving of a remaster.

MediEvil is available October 25 for PS4. 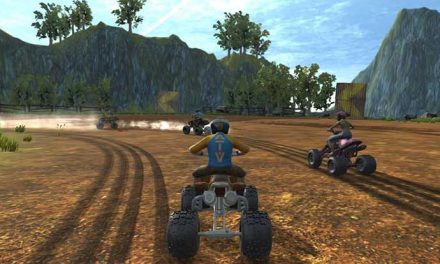 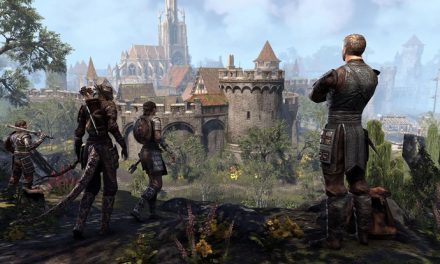