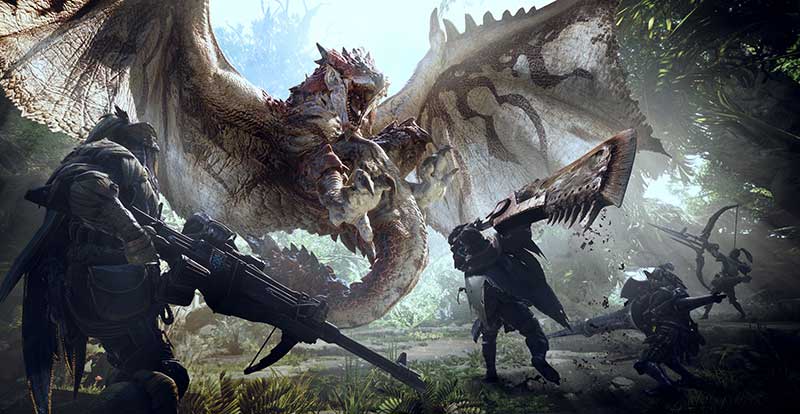 Monster Hunter World marks the first time in franchise history that the RPG/action-adventure game has garnered a simultaneous worldwide launch, and has dropped the numbered naming system in the hopes of appearing more appealing to new players, without the concern that you need to have played the others before tackling World.

You are a Hunter, and as such it is your responsibility to take down the Monsters in the New World for the purposes of ‘research’. It’s worth mentioning that you need a constant online connection to play Monster Hunter World, and you’ll need a subscription to either Xbox Live Gold or PlayStation Plus if you want to play with your mates or request help from others online.

All that aside, the first thing you’ll get to do in MHW is create your character, and this game has one of the most comprehensive character creators out there. Really, you can spend hours (if you wanted to) choosing your hairstyle, eye colour, eyebrow colour, and everything else – and that’s without even starting on your Palico. Palicos are feline followers that keep your Hunter company in the wilds, and you’ll get the chance to customise and name your very own.

Anyway, once you’ve spent 14 hours deciding what colour ears your new badass pet cat should have, you get to jump headfirst into the New World, where you’re introduced to your new base of operations Astera, and all the helpful inhabitants who you’ll need on your various journeys.

Your first few Monster hunts start out slow and steady; you’ll get the chance to learn the ropes, pick your favourite weapon type, learn all its combos, and then decide you don’t like it and start again. Don’t worry if you’ve never played a Monster Hunter game before – everything you need to know is taught to you along the way. Make sure you use your map often. If you find you are worried about how skilled you are with your chosen weapon, you can head to the training area and hone your skills for as long as you want. It’s worth finding out (and remembering) some of the more hard-hitting combos on your weapons before simply trying to use them without practise in the heat of battle – chances are it won’t go well, and you’ll at least have the satisfaction of knowing you can actually perform the combo in the first place.

One of the best parts about MHW is the UI. You get quest updates near the top right of the screen, and a minimap in the bottom left corner. Nothing feels too cluttered or like it’s taking up too much room, and notifications don’t distract you too much when you feel like you should be focusing on the Anjanath about to rip your left arm clean off.

Of course, when hunting monsters, one must first find their prey. Tracking Monsters involves first finding telltale signs of where they’ve been – footprints, for example – and once you’ve found enough you can then let your trusty scout flies do the work for you. These little green machines will show you the way to the fiend you’ve been tracking, even if it disappears out of your field of view. Usually they’ve just wandered off back to their cave for a nap, but you’ll sometimes find that they’ve picked a fight with someone – or something – else. Use this to your advantage if you’re struggling to take down a particularly tough Monster – let the others tear him down first.

There are no load-screens between habitats in MHW like there were in previous games, giving you a more streamlined experience, however the load screens you do experience when you’re loading in or going between rooms in Astera will give you handy tips while you wait, meaning no moment is wasted.

There’s no doubting there’s a lot to get your head around in Monster Hunter World, especially if this is your first foray into the series. Thankfully, the game offers you help at every turn, letting you know when your health is low or if you should perhaps try a different plan of attack for taking down a certain type of monster. Your player’s armour is comprised of a set of five pieces (that can be individually swapped out), and there are a bunch of different types of weapons to get to know. If you have a favourite set of equipment, you can save it for quick access later. It really is worth going through the weapon types and armour loadouts to find one that’s not only the best fit for your current objective, but that also looks great; no point saving the New World if your outfit isn’t fly as hell.

That being said, you’re pretty much free to do whatever you want in the realms of MHW. You can take on Assignments, which are quests that advance the storyline, partake in optional quests or investigations, or jump into an online-only Event. Naturally, the assignments will get progressively more difficult as your gear levels up and you become a more experienced Hunter, and you should also know you can repeat assignments if you choose to. Each Assignment will have a time limit, but don’t let that stress you out – they’re generally very generous.

MHW’s combat is mostly fluid, save for the occasional missed combo or random tail whomp from an opposing Monster, and the World truly lives around you. You never feel as though there is a shortage of stuff to do, and there’s an overwhelming feeling of satisfaction whenever you manage to take down a particularly large Monster – especially one you’ve been eyeing off for a few missions.

The promise of bigger and better Monsters always seemingly, tantalisingly just around the corner means Monster Hunter World moves at an alarmingly fast pace, and you’ll lose 4-5 hour blocks of your life without realising it’s 3am and you have to leave for work in three hours. A thoroughly enjoyable adventure – particularly when you’re taking down some of the game’s less-fortunate looking Monsters – Monster Hunter World is easily one of the most accessible MH games yet, as well as one of the most fun. Try not to think about the lives of the Monsters you’re slaying, though – there’s no time for remorse in the New World. 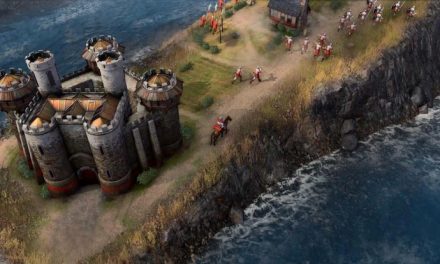