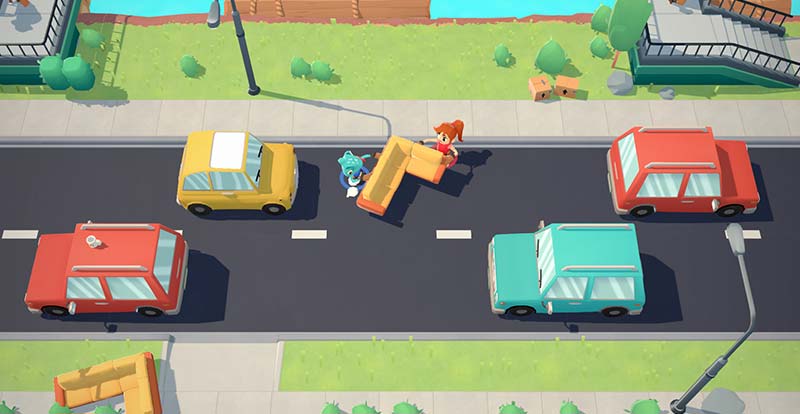 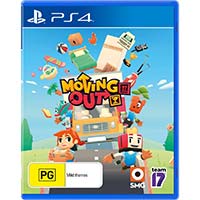 Moving your life from one home to another is one of the most stressful things that you can undergo in life. Moving Out makes a game out of it, but is it any less maddening than the real thing?

You pack all of your valuables carefully, ready to entrust them to removalists who’ll come along and ever-so-carefully and delicately place them in their truck and transport them, with even more care, of course, to your new home. Yeah, right! The crew in Moving Out aren’t much better than the folk we last used to shift abodes, and will use any means necessary to save time.

Designed primarily as a couch co-op experience, but readily playable in alone time, Moving Out hastily trains you in the “art” of being a “Furniture Arrangement & Relocation Technician” (yes, FART) before letting you loose on various jobs in the town of Packmore. The aim? Shove a certain number of items into your truck as quickly as possible and trundle onto the next job.

Windows? After a quick smash they’re conduits for quicker chucking of possessions into the truck! Basically, any shortcut you can find is a good one, as you’re playing for medals here – any indication of actual care for your client’s possessions is completely coincidental.

“…any indication of actual care for your client’s possessions is completely coincidental.”

All items marked for removal aren’t created equally. While there are boxes, games consoles and other small electrical items that can easily be hurled truck-wards, there are also breakables, and those annoying bigger things like beds and couches to be somehow dragged through narrow doors, whereby any latent Tetris skills come in rather handy. Speaking of the classic Russian puzzler, while early on in the 30 levels it’s easy to fit everything snugly into your truck, as time goes on some planning becomes crucial in order to make everything fit.

Progression through various jobs – accessed by driving a little truck around a map screen, which is a fun diversion in itself – brings more impediments to being a speedy removalist. Cars to avoid, pets to wrangle, haunted chairs to nail down… They add to the challenge well, but can also cause frustration levels to rise. But this is assuaged somewhat by the bonuses, like unlocking extra player characters and tokens towards allowing access to bonus games.

Yes, once unlocked you can take a break from FARTing and play an arcade game. These vary in quality, with the first one in particular a frustrating, fiddly jump-on-the-columns-or-die affair that we’ll gladly never, ever go near again. Thankfully things improve beyond this, with more of a puzzle mind needed in order to succeed. 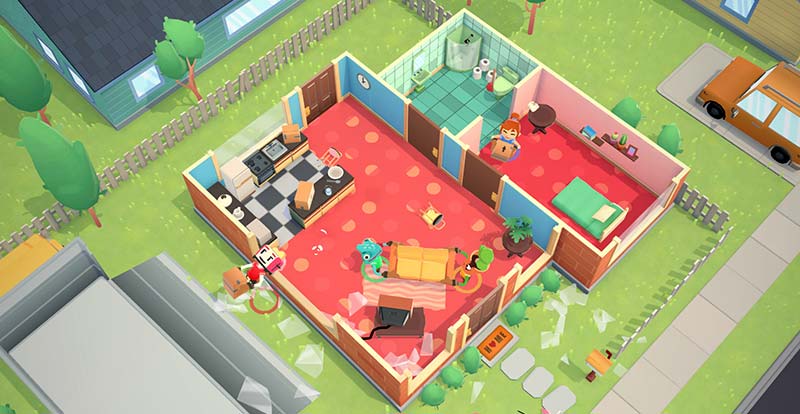 Presentation in Moving Out is absolutely top notch. From the music, which is reminiscent of classic Japanese arcade games, to the deft art and animation style and beyond to little touches such as nods towards pop culture – everything from Ferris Bueller’s Day Out to arcade classic Frogger. There’s all manner of stuff packed in here to raise a smile, even if you’re desperately trying to score well enough to add to your gold medal tally as you grin away.

We really must mention the ‘Assist Mode’ options on offer in Moving Out, too. While set time limits, for example, are reasonably achievable for those who’ve been gaming since they can remember, others may not be quite as speedy. In order to make the game suitable for pretty much anybody – and possibly to avoid tantrum-induced controller hurling – everything from completion challenge times to being able to skip troublesome levels is on offer.

While aimed at up to four-person multiplayer madness, the beauty of Moving Out is that the Australia-based (not to be parochial or anything, but oi!) developers SMG Studio have pulled off the feat of making it super-fun when playing solo. We had no trouble completing levels going it alone (although some big items became fiddlier than when two were carting them). But with the super-fun, super-slick nature of the game, it really is one to try to play with family or friends when you have the chance.

Moving Out really is pretty much the perfect family game, providing challenge while rarely veering into hair-tearing frustration territory, and dropping genuinely amusing humour bombs more often than its nutcase inhabitants drop valuables. So, what are you waiting for? Get moving!

Moving Out is available now on PS4, Xbox One and Switch. 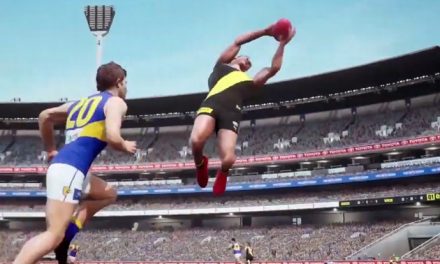 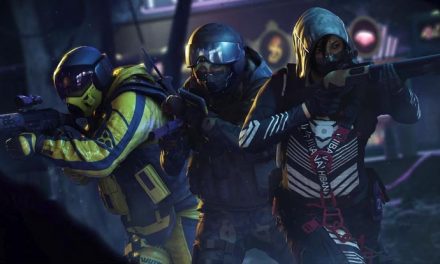