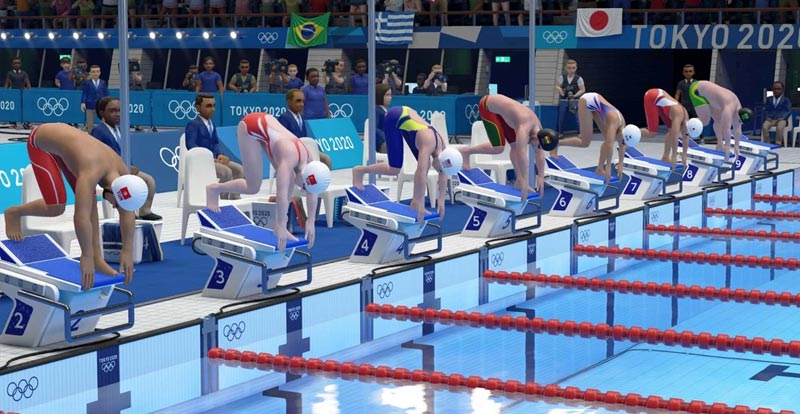 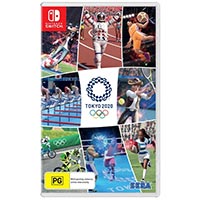 If there’s one thing that’s certain about Olympic Games Tokyo 2020: The Official Video Game, it’s that controller buttons are set to be mashed into nonexistence.

The Olympics are events of extreme athletic performance for people at the sharp edge of what is physically possible, and that’s ever present in this official video game of the Tokyo games, which may push already fragile controllers to the brink.

Inside the world of Olympic Games Tokyo 2020: The Official Video Game we get to play across 18 different Olympic events, challenging friends, strangers on the internet or the game itself, to win ever elusive gold medals. There’s a wide variety of sports and athletics on offer, from table tennis and BMX racing to the weirdly wonderful hammer throw and the golden gem of the Olympics, the 100m sprint. There’s something here to challenge and delight everyone.

Players get to design their own star athlete to represent them in-game, as well as a representative country throughout the events. The design options and costume choices are fun here and mean that you can perfectly outfit your star athlete for each of the 18 events, appear as the Tokyo 2020 Olympic Games mascot (the future-cat-like-creature Miraitowa), or dress up in any number of weird and wonderful outfits. It adds a little bit of ridiculousness to the game and can help personalise the experience. It’s a surprisingly detailed system, too, which lets players customise not only their star athlete, but other members of their Olympic crew for the team events.

Once you get into the games themselves, you’ll need a bit of time to adjust to the unique controller features for each of the 18 events, which you’ll need to learn in order to advance through the three rounds of competition. Some are simple button mashers, while others require you to use alternating thumb sticks to execute left- or righthand movements. Almost all of them have timing mini-games that give access to more powerful shots, or bursts of speed, with feedback ratings from “Poor” to “Perfect”. For the most part these are fairly instinctive, although some games, like sport climbing, can make you feel about as nimble as a baby giraffe. 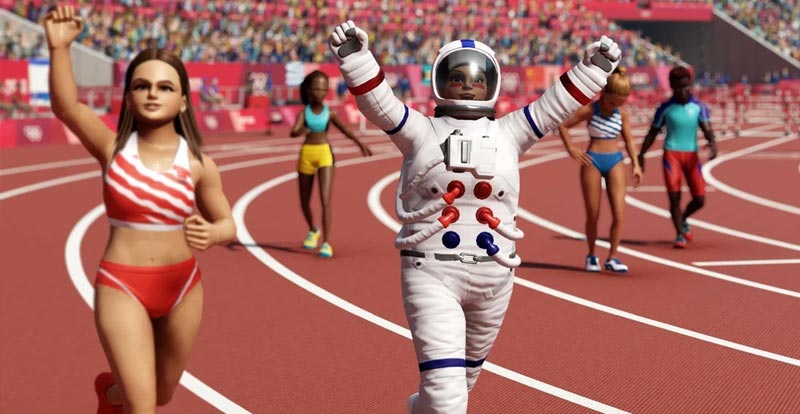 Team sports are fun and vibrant in Olympic Games Tokyo 2020: The Official Video Game. Soccer, baseball, beach volleyball, rugby and basketball are presented with some very tongue-in-cheek NBA Jam style gameplay which works well. The intention here is to allow players to enjoy the game, while using as few buttons as possible. Once a star athlete has played for long enough, they get access to an unbeatable power move, which when triggered does something spectacular. It can be a monster dunk, a power strike or an unhittable pitch that can turn a game almost instantly. The timing of using this power can be a double-edged sword, as an opponent can also trigger theirs to counter what should otherwise be an instant win.

In the individual sports, the power moves can be even more powerful, and give the edge to streak ahead during race events or provide a magical moment to get past an opponent.

“There’s something here to challenge and delight everyone.”

If playing on your own, be warned: Things get incredibly difficult, incredibly fast. When taking on the AI, three very distinct tiers of skill are required over the three rounds of competition. Qualification rounds are very much tutorials, allowing players to make some mistakes and still win, while getting used to the controls. The semi-finals push players further, but it’s the finals that really provide a test. Upon reaching the gold medal face off, the only way to win is to perfectly execute skills with zero room for error. So, while anyone can compete, perfection is a prerequisite for gold medals. Perhaps rightly so, but it does set an incredibly high bar for new players.

Representing the 62nd games of the Olympiad in glorious cartoony detail, Olympic Games Tokyo 2020: The Official Video Game is fun for the whole family. Some of the best competition comes when playing other people and not the oppressively challenging AI. Styling an athlete is also fun. Competing in events earns points to spend on cool outfits like robot suits, sumo loincloths or spacesuits that can be worn in any event – it’s all a bit silly and wonderful. Players can also keep track of results and benchmark performances, or set challenges for others to beat.

Olympic Games Tokyo 2020: The Official Video Game is a fun companion to the upcoming Olympics and will allow players to claim some excellent bragging rights, no matter who they challenge.

Olympic Games Tokyo 2020: The Official Video Game is available now on PS4, Xbox One and Switch. 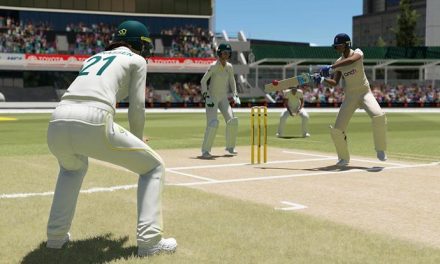 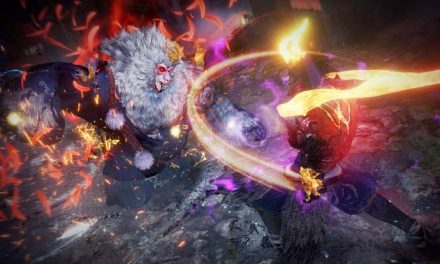