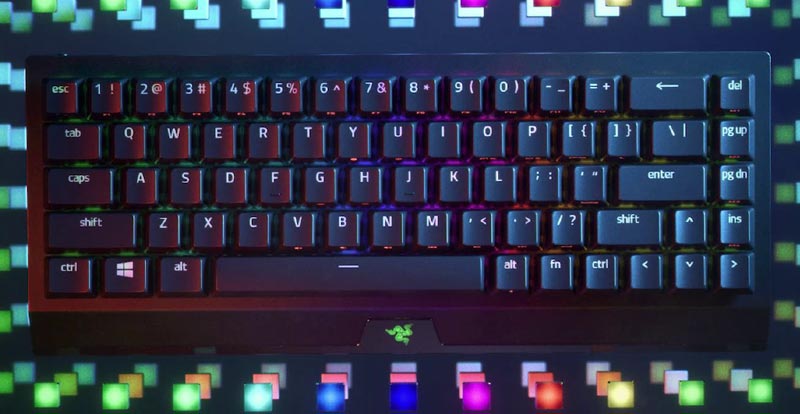 Whether you’re gaming or creating on the go, it’s not always practical schlepping a full-size keyboard around. Sure, you can grab a basic wee one and it’ll do, but with the arrival of Razer’s Blackwidow V3 Mini, there’s no need to settle.

Then there’s the wires. While the Razer Huntsman Mini delivered on ease of transport, you still had to plug it in. The Razer Blackwidow V3 Mini cuts the cord, offering Bluetooth connection, or Razer’s proprietary Hyperspeed. The latter takes up one USB port with a dongle, but that dongle can also receive signals from another Hyperspeed device – we’re looking at you, mouse – and it claims incredible ultra-low latency, with a speed advantage of some of 25 per cent.

As for size, this little wonder has 65 per cent of the footprint of its big sister (check her out here). Naturally this means some corners have been cut, quite literally. The most obvious is the lack of a numeric keypad – hence the label of “tenkeyless” – plus other keys, such as directional ones – have been bunched up. Basically, it’s like a laptop keyboard, but without the blechy little keys lacking feel, feedback, travel or clack.

Joy of joys, the Blackwidow V3 Mini clacks like a mother… erm, clacker! We like to hear our typing, and the clacks here are arguably better than those of that big sis that we mentioned. This is down to Razer’s super-reliable green mechanical switches, promising – and delivering – precise, reliable action (and claiming an 80 million keystroke lifespan). Also, if you’re a heavy typist you don’t need to worry about flimsy keys giving way, as these ones are made of doubleshot (two layer) ABS plastic. Of course, if you don’t want the whole world to hear that you’re typing, you can opt for the Blackwidow V3 Mini with Razer’s more demure, silicon dampened yellow switches.

The printing on keys is nice and legible, and continues Razer’s more recent wise decision to put everyday secondary functions – your !@#$%^&*() kind of stuff – in lights as well. Now, for them to also do it for the side key functions, so we wouldn’t need to keep a torch within reach… 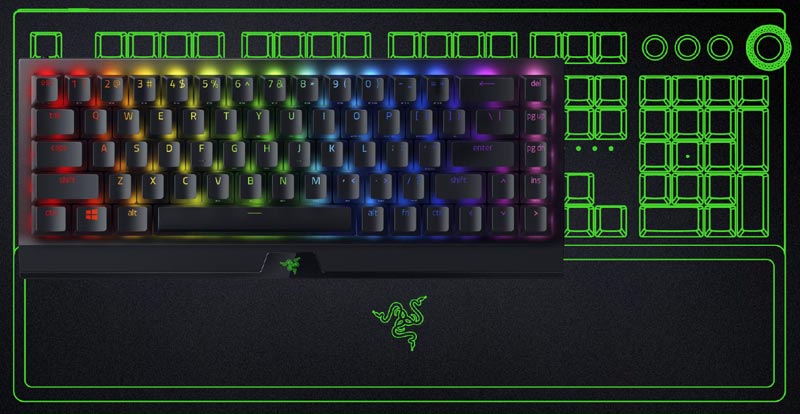 We’ve been using the Mini as our workhorse for a few days now and – other than having to retrain our muscle memory on a few often-used keyboard keys that have been shuffled about, it’s been a wonder. You may have a glance at it and be worried about the lack of such things as home and print screen keys, but the functionalities are all here with a simple hold of the FN (function, unless Razer have come up with a wild new definition) key and an assigned letter, which is printed on the front of relevant keys. Even those who like to control their media from their keyboard are catered for, with combinations for mute, volume and transport controls. As with anything, it requires a little learning, but you’ll soon be whizzing about the keyboard like a boss. Well, at least in our experience.

We tried connecting in all three modes. To be honest, it took a bit of faffing to get Bluetooth happening, despite following the manual’s instructions, but we did get there. The one keyboard can be paired separately to up to three devices, and we encountered no dramas when switching between two PCs. Hyperspeed connection is a doddle, and, of course, you can connect the Mini via USB cable if you really want (or if it needs charging). Speaking of, Razer claim a battery life of up to 200 hours, but the big caveat there is that’s without backlighting. Still, even at 100 per cent bright light you can still expect around 17 hours, which is pretty good. Meanwhile, we have a USB-C cable on our desk for phone charging, and we just used that to give the Mini some more juice when needed.

“Joy of joys, the Blackwidow V3 Mini clacks like a mother… erm, clacker”

As you’d expect, that RGB lighting is controlled via Razer’s Synapse 3 software, which is easily installed and easily wrangled. The keyboard will work fine without the software, but it limits options, and defaults to a distracting slow colour cycle. Some really cool effects are able to be concocted within the software, be they presets or your own creations.You’ve 16.8 million colours to play with, so use them! A selection of key-accessible presets are built-in, and there’s also access to onboard or cloud storage memory for up to five profiles. You can even pull off on-the-fly macro recording.

Sure, you may get slightly smaller tenkeyless keyboards, but that’s accomplished by serious functionality gimping – a lack of direction keys can be a right pain in the brain. Our time with Razer’s Blackwidow V3 Mini has been eye-opening – we never thought we could go this small and be comfortable – but its quickly earned a permanent spot in our portable PC arsenal. 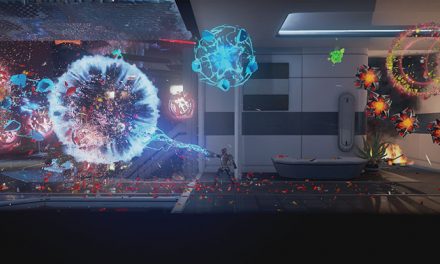 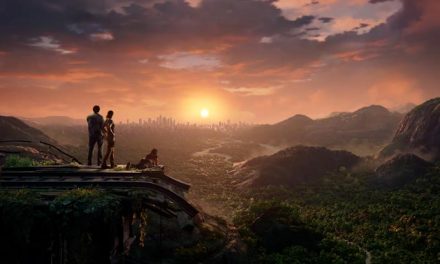 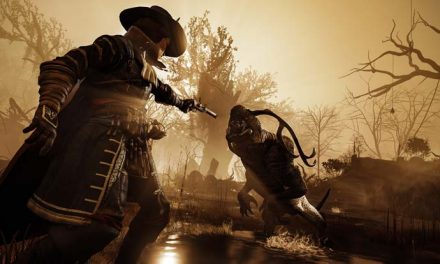 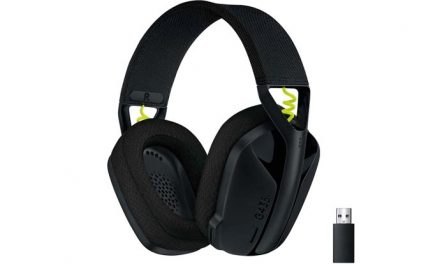