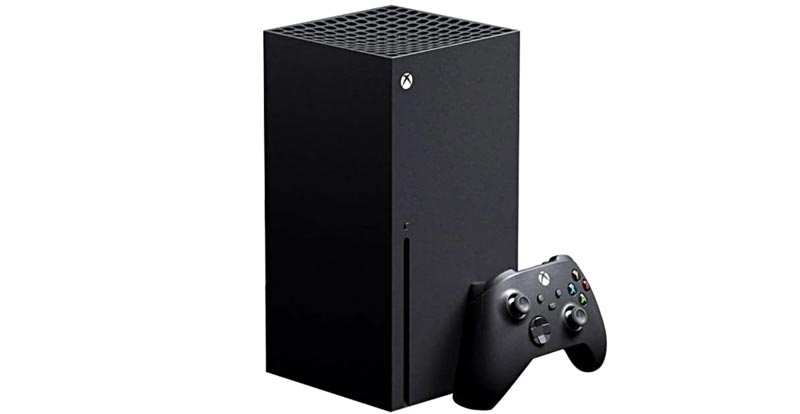 The Xbox Series X is finally with us this week. We’ve been busy putting it through its paces to find out what the fourth generation of Xbox has to offer.

Xbox box
It’s always a joy to open up a new piece of tech, and Microsoft seem fully aware of this, delivering the Series X in a slick flip-open box that reveals the unit with a “power your dreams” label wrapped around it. Dig deeper into the box and there’s a quick start guide, HDMI 2.1 (compatible with the latest iteration of the format) cable, power connector, two Duracell batteries and, of course, a controller in which to stick them.

Removing the Series X unit and standing it upon our table, it’s quite spectacular in its simple, bold design. More than ever before this Xbox really is a box, with the one nod to further style being the venting grille on top, which is highlighted from underneath by classic Xbox green. Now it’s choice time – do we go for the tower of power look, or lay it on its side in our entertainment unit (tiny rubber feet are attached for such placement)? We opted for the latter – Marie Kondo would be proud!

“Removing the Series X unit and standing it upon our table, it’s quite spectacular in its simple, bold design.”

On the front of the Xbox Series X you’ll find the classic Xbox logo power switch, an eject button for the 4K Ultra HD drive, a controller sync button and a single USB-A port. The rear supplies a further two USB-A ports (for hard drives and other peripherals), an HDMI-out port, ethernet connection, power cable port, a Kensington security slot to tether the machine to something immovable should you wish, and a slot for proprietary expansion SSD memory.

Setup is as simple as plugging in the power, ethernet if you wish to go wired (naturally wireless is an option) and then connecting the HDMI cable to your system. You can also jam in a USB hard drive of Xbox One games should you have one handy – which will work straight off the bat with no fiddling about at all. We were literally up and running in around two minutes. 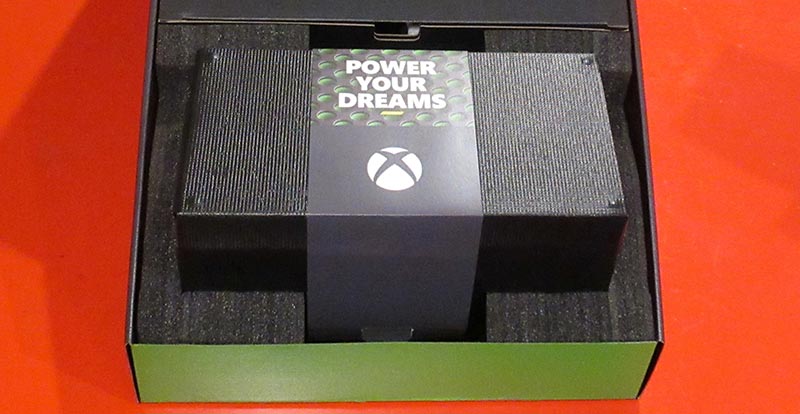 In control
Now it’s time to meet the new controller, same as the old controller – but with a handful of subtle tweaks. As you’ll have noted above, it’s still battery operated, although a rechargeable battery pack is available.

As for newness over the Xbox One generation controller, there’s now a ‘share’ button in the middle, the D-pad has changed from a cross to a disc (also, it’s flat black rather than shiny), the Xbox logo has also lost its shine and contoured cutaway, while the four shoulder buttons are all now contoured rather than shiny (and thus less slippery). A bit of subtle sculpting has also gone on overall that you’d be hard-pressed to notice, but it does improve the controllers “holdability”.

Internally, work has been done to reduce latency – any form of delay that’s introduced by the controller being connected to the console wirelessly. 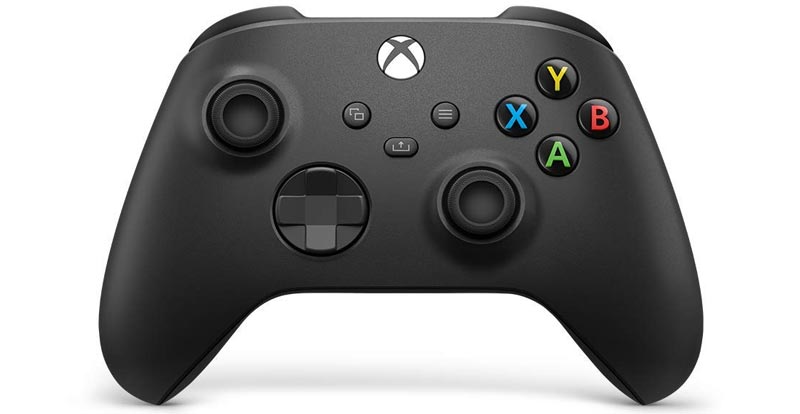 Powering up
Now that physical setup is complete – there’s a miniscule two minutes of our lives that we’ll never get back – it’s time to power on. Anybody who had an Xbox One X will know that you could pretty much go off and get chores done, read a book or write a symphony while waiting for it to boot up. Not so with the Xbox Series X. Microsoft have promised us fast, and that’s what we get right from the get-go, with – after simple initial setup is out of the way, which even allows you to pluck your previous Xbox settings from the cloud – transition from splash screen to operating system in mere seconds. Joy!

What we’re presented with is familiar. Very familiar. At present the dash of the Xbox Series X is the same one that Xbox One users know and either love or hate. This is great for instantly feeling at home, although it does remove a bit of the “ooh, shiny!” lustre of the new machine. Still, an update to the user interface is in the works which aims to streamline the experience more.

“What we’re presented with is familiar. Very familiar.”

There are subtle additions though, the most notable being that game sorting allows you to separate new generation enhanced games from – bless Xbox’s dedication to backwards compatibility – those for the Xbox One and Xbox 360/original Xbox (we’d prefer those two were separated too – maybe one day…?)

Also, those who have a Dolby Atmos audio setup and are firing their Xbox Series X through an amp/receiver can, with the simple downloading of a free app, have the unit default to Atmos output. With its incredible directionality of sound Atmos really rocks.

In other audio related news, well sort of, even when pushed we never heard a peep of fan noise from the unit.

New system, new games?
Microsoft have taken an interesting stance in blurring the lines between games for their Xbox One and those for the Series X (and its little, less powerful new sibling the Series S). Any games released for the new console, at least for the foreseeable future, will work on either system.

However, where the power of the new generation consoles comes into play – quite literally – is via Xbox’s proprietary Smart Delivery. This means games that support the feature – and even at launch there are many – will always be the best that they can be, depending upon which system you have. For example, you may have owned Forza Horizon 4 on the Xbox One. With Smart Delivery on the Series X, it gets vast improvements in visuals and smoothness of play, applied automatically and at no extra cost.

An adjunct to this is the ‘Optimised for Xbox Series X|S’ label. This is applied to any new games developed specifically on the new hardware, or older ones that have been rebuilt to harness the new generation’s powers. Basically, these can be relied upon to show off all that the system has to offer by way of loading speed, frame rates, graphics and general responsiveness. While we didn’t have many to play about with, those that we did – in particular Ori and the Will of the Wisps, look even more incredible now. 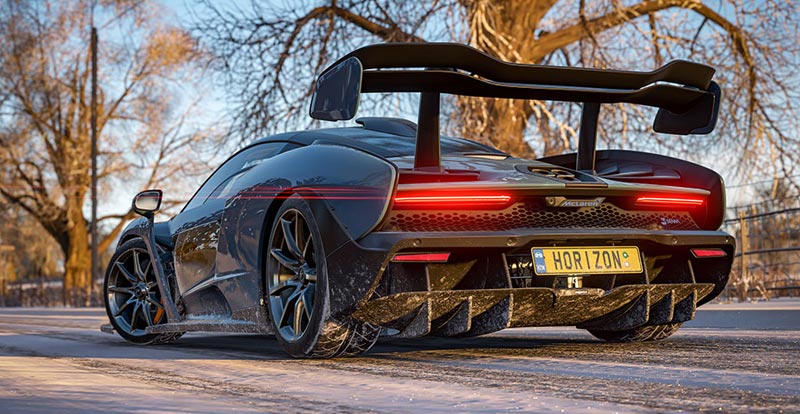 Playtime!
Fans that we are, we had to christen our Series X with the aforementioned Forza Horizon 4. The first thing that we noticed was the promised loading speeds – installed on the internal 1TB (802GB useable) SSD rather than external USB drive (which only houses backwards compatible games, and at the same old “speed”). So far, so impressive. While it plays as well as ever, the increase in visual fidelity is marked – we’re talking full 4K at 60 frames per second. It’s olive oil smooth, and a great example of why we should be excited for what’s to come in coming years with this generation of Xbox – new and old, but like we’ve never seen or played before.

Gears 5 is another title that’s almost like a new game with its next-gen (which we guess we’ll have to call now-gen, erm, now) spit and polish.

A new feature that is going to come in very handy is called ‘Quick Resume’. Imagine you’re plugging away at Watch Dogs: Legion when you’re a bit kind of stuck. Maybe a quick break is in order? Cool, just fire up something a bit more think-free, have a play for a while, then pickup exactly where you left your Dedsec session. No reloading, faffing with saved games or repeating previously plundered play. It’s a feature that we never knew we needed, but are impressed with – and using – now that we have it. 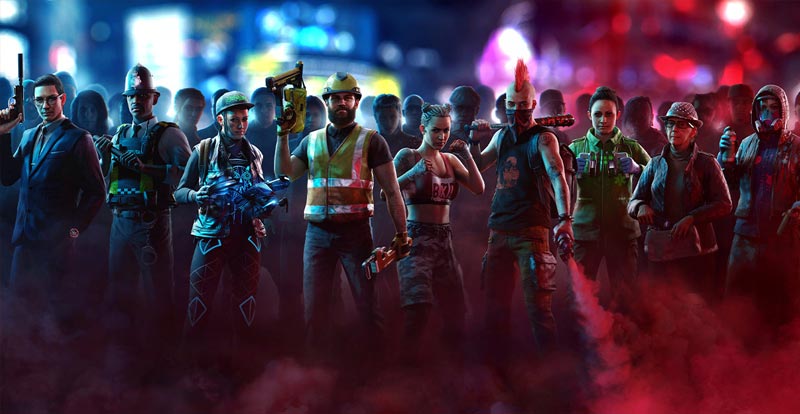 Who’s it for?
While speed and power are definitely the two keywords for the seriously high-spec hardware Xbox Series X generation, what does it offer to gamers for the $749 price tag beyond those two key features? Future proofing. While games will be playable for the immediate future on older Xbox One hardware, if you crave graphical fidelity – including 120 frames per second on some games if you have a compatible TV or monitor – then it’s a no-brainer. If you find load times the bane of your existence, then get on board. Basically, you’ll get the best possible version of any Xbox game for years to come.

On top of its gaming prowess, the Xbox Series X also serves as a formidable 4K Ultra HD player (or you can slum it with DVDs or to a lesser extent Blu-rays). Apps are also available for all the main streaming services, so this could serve as the heart of a kicking home entertainment setup.

“Basically, you’ll get the best possible version of any Xbox game for years to come.”

There’s also the convenience of experiencing the best quality of gaming without dropping a veritable fortune on a high-end PC rig, which the Xbox Series X essentially is, but without all those concerns of compatibility that such setups can introduce.

Meanwhile, if you’re just getting into the console arena, or are left on a tight budget after the initial investment, Xbox have a massive ace up their sleeve in the Xbox Game Pass. For a subscription price along the lines of what you’d pay per month for a video streaming service, you get access to over 100 games, including original Xbox and Xbox 360 classics (many of which have been given the enhanced treatment) and new first-party Xbox releases when they drop – hello Halo Infinite! With the service also absorbing EA Play now it’s even better value, and we highly recommend Game Pass Ultimate as a single stop for more games than you could seriously ever play with new ones added regularly, additional games each month via Xbox Live Gold and online gaming connectivity. 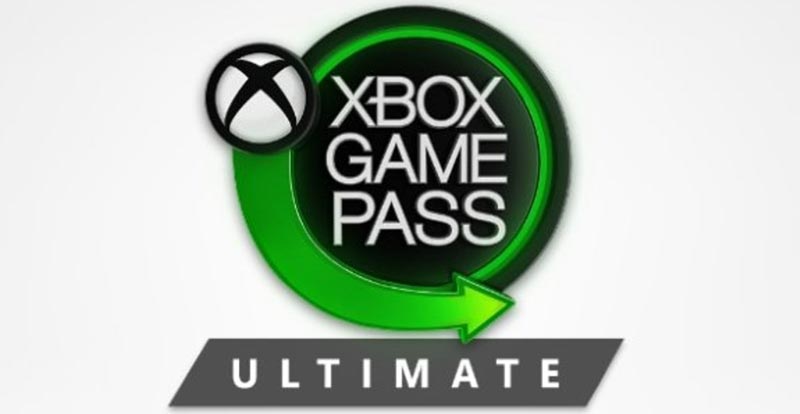 End bit
With the Xbox Series X, Microsoft have taken a unique tack with the latest generation, stepping away from a “New! New! New!” direct console war with Sony’s PlayStation 5 and banking on the speed of the new, combined with their extensive back catalogue, to bring success. It’s arguably a bold move, but judging by our time with the machine so far it’s likely to pay off, especially if you want raw power along with your games and plenty of them. 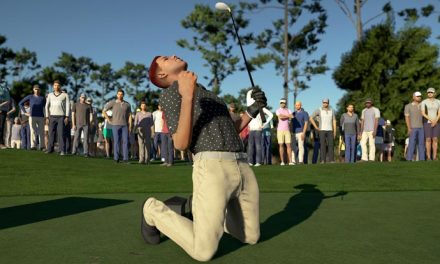 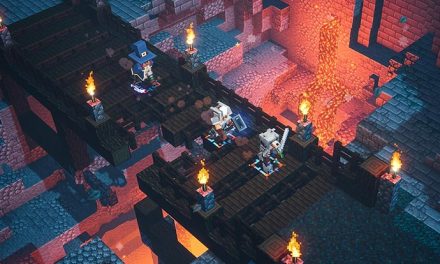 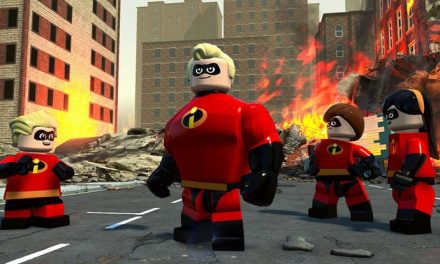