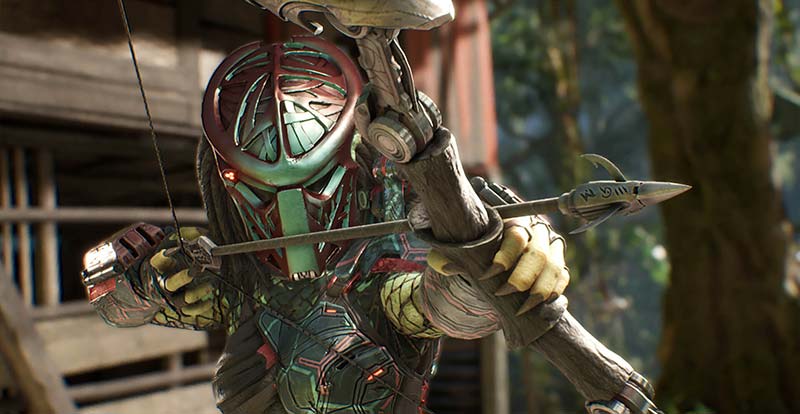 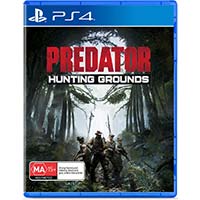 So, what do you get when you drop the team behind the Friday the 13th video game into the jungle with one of the greatest sci-fi aliens of all time?

For those of you who haven’t played asymmetrical games before like Friday the 13th or Dead by Daylight, Predator: Hunting Grounds is a four-on-one, multiplayer action game where a team of marines are tasked with entering one of three maps in which they’ll need to destroy drugs, eliminate high value targets and/or destroy servers.

The Marines have entered the Predator’s hunting grounds, exactly like in the 1987 film. They’ll need to achieve their mission objectives and then get to da chopper and escape, all while keeping an eye out for the Predator. Meanwhile, the Predator’s goal is simple: find and eliminate the interlopers in brutal fashion!

Playing in first-person, Marines have a variety of weapons and classes to choose from, and can cover themselves in mud to cloak themselves from the Predator. Just like the opening 30 minutes of the original movie, the Marines arrive in an area, then head to a village/outpost/location. How you act at the outset of the game is critical for the Predator. The map is quite large, and the Predator doesn’t know where they are. Make too much noise, or don’t slap on enough mud, and it’ll soon track you down. As you level up and progress (the levelling system is shared for the Marines and Predator), you’ll unlock new weapons, perks and even cosmetic items to customize your Marine in various ways.

Predators play in the third-person and, when you start, only have the basic weapons that the ‘87 Predator had. You’ll be able to cloak, use heat vision, heal yourself, use the wrist blades and the iconic shoulder cannon. 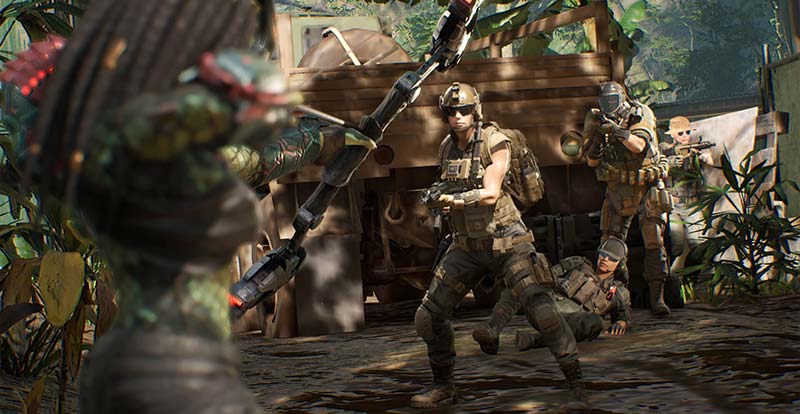 The attention to detail that Illfonic has put into Predator: Hunting Grounds is fantastic. If you’ve lost a fight as the Predator and you’re about to die, you can detonate your self-destruct device. If you’re wanting to trick players, you can mimic human voice lines. If you take too many shots to the head your mask will break, and you won’t be able to use heat vision or aim with your shoulder cannon, making the game incredibly hard. As you level up, you’ll unlock new perks and weapons such as the Elder blade, the Predator Bow, the Smart Disc and more. You’ll also be able to visually customise your Predator from the mask, skin tones, armour shaders, their (sigh) “Predlocks” and, for the first time, play as a female Predator.

However, playing as the Predator doesn’t feel as exciting as it should. There’s a parkour system called “Predkour” (yeah, really) and it feels akin to the parkour system in the first Assassin’s Creed game. Movement is clunky, and the Predator leaves tell-tale signs that he’s in the area. Marine players will hear the iconic mandible clicks and the electronic buzz of the cloaking device. Anytime you aim with the shoulder cannon, the iconic three red dot laser sight will shoot through the field, but also provides a dead giveaway as to where you are. Marines also have a tagging system like Apex Legends, and if they tag the Predator, it shows its location and where it’s heading for five seconds.

You also won’t be able to grab Marines, nor hoist them into the trees and skin them. All you can do is put Marines into a down state then execute them. Meanwhile, the Marines mud baths make the Predator’s heat vision basically useless. You’ll be able to isolate sounds such as gunfire, but if the Marines are using silencers then good luck finding anyone! You can go rounds without finding Marines at all if they’re coordinating and working together. In asymmetrical games, unless the players are working together consistently as a team, they’ll fail. In our time with Predator: Hunting Grounds, 90 per cent of the games we played saw the Marines either escape, kill and extract the Predator or survive the Predator’s self-destruct.

“The area where Predator: Hunting Grounds really shines though is playing with friends.”

Combat for the Marines is straightforward, but also under-polished. There’s enemy AI on each level, but it can be quite dumb. If the Predator is running around in an open area uncloaked, the AI will target the Marines rather than the Predator. The damage output of the AI is also weak, and the AI is often more of an annoyance than a threat. To the Predator’s credit though, if equipped with the right perks and class, they’re incredibly fast, and weapons like the sniper rifle only come in handy when the Predator isn’t moving.

The concept at play in Predator: Hunting Grounds is great, and it’s clear that illfonic love the Predator franchise, but things could be better. The Predator isn’t a force to be reckoned with, and there’s currently only one game mode, which is repeated over three levels.

The area where Predator: Hunting Grounds really shines though is playing with friends. Working together to find the Predator when he’s in the area, and either staying quiet so it goes away or taking it out is entertaining. The same can be said for playing as the Predator and hearing your friends scream, scramble or worry when you’re tracking them. 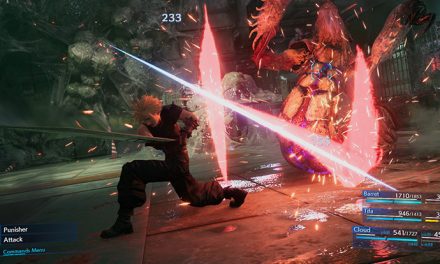