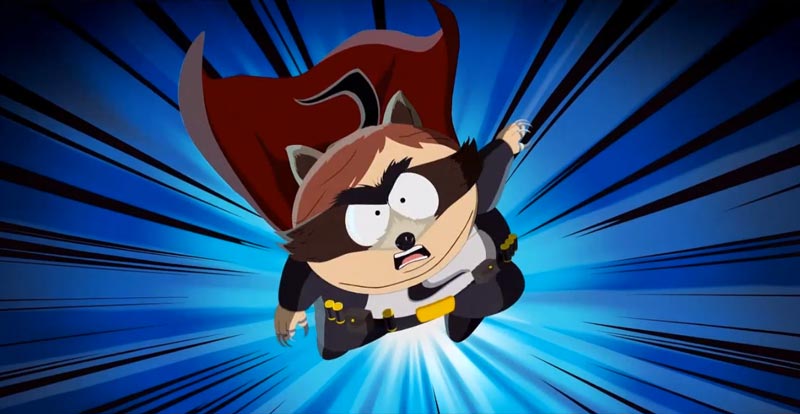 We’re going down to South Park and we’re gonna have ourselves a time, discovering whether a Fractured but Whole is better than a Stick of Truth…

Member when South Park started 20 years ago? Member how it basically shone a light into how real little kids behaved? Member how it offended so many people?

Nothing’s really changed as far as putting peoples’ noses out of joint, for South Park is an equal opportunity offender – its very hands-on creators Trey Parker and Matt Stone will have a go at anybody or anything. Even if you’ve a high tolerance for their shenanigans, you’re still likely to have had your “Wha-wha-what?!” button pushed at some point.

The Stick of Truth pushed so many buttons that parts of it were banned and subsequently censored in many countries – including Australia. With its rather naughtier title, you might think that The Fractured but Whole pushes things further. It actually doesn’t, although there’s plenty to get up the noses of anybody who’s ever had a bad word to say about the show.

It may not push the offensiveness to 12, but The Fractured but Whole – which is more or less the same type of game – definitely pushes the playability substantially. For starters, it’s around twice as long as The Stick of Truth. It also has a funky new battle system.

Being an RPG – and by that we’re referring to a role-playing game, not the rocket-propelled grenade many might expect from Trey and Matt – there’s turn-based fighting. But we’re getting ahead of ourselves. 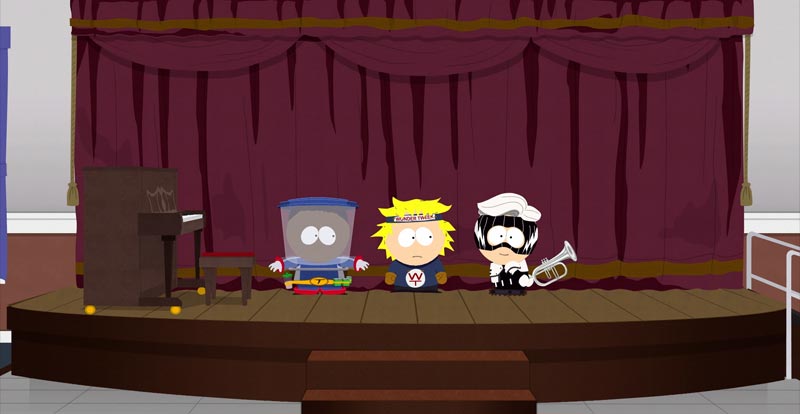 Member when reviews gave you a little bit of an idea about the story? Oh, we member! As such, The Lord of the Rings is so last game now in our Podunk Colorado town. As the gender-selectable New Kid, you join Eric Cartman’s latest project, to make his Coon and Friends the next big superhero franchise. This starts with saving a neighbourhood cat, but soon escalates – as does a war with the opposing faction, Mysterion’s Freedom Pals, and the dastardly Professor Chaos. Golly!

You get to define most every aspect of your New Kid, from gender through superpowers, with many stops in-between. There’s also a whole lot of crafting going on to further aid your quest. As you progress you’ll attract allies to help in the many battles you encounter, and gain access to additional powers. You’ll also undergo quite some self-discovery, gain much-needed popularity via Coonstagram and do an awful lot of poo in the various toilets of South Park (just an additional silly mini-game for the heck of it).

Very much an evolution of what began in The Stick of Truth, we have much the same map to trundle about (but with the addition of newer places such as Shi Tpa Town), and a similar mix of main and side missions. These range from collecting member berries (member member berries?) to uncovering yaoi manga for Craig’s dad. This isn’t a LEGO game, after all… Most of your time will be spent on main missions – and fighting/farting on everybody from rednecks to those bleeping sixth graders.

Speaking of bleeping, don’t expect any here. No matter how fruity it is, language gets to go commando. Bleep subtlety, this is, after all, an R18+ rated game (unlike this review, bleep it!)

While many consider South Park a mere crucible for crudity, it should be remembered that it isn’t all about shock, as it also packs its fair share of “Aw!” A great example of absolutely pure funny here is when the kids may be in the midst of a pitched superheroic battle, only to have one of them yell “Car!”, causing them all to shuffle to the sidewalk as somebody motors by (usually hurling abuse) before resuming hostilities. 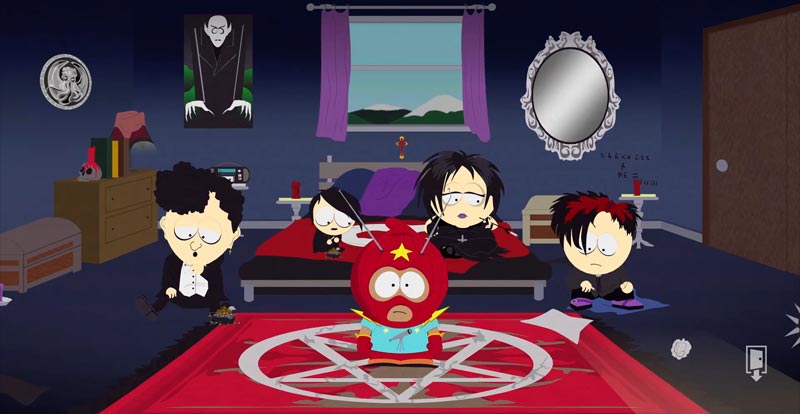 Created with the full cooperation of creators Trey, Matt and their South Park Studios, and using actual art from the show, The Fractured but Whole is like an extended, interactive episode that only ends once you actually manage to get to the end. Packed with references to obvious South Park moments (and some really, really obscure ones), it’s a fan’s paradise that never fails to deliver nuggets of great LOL – even if you may sometimes squirm while doing so. Oh yeah, it’s also a great fun game!

To end on an appropriately brown note, be sure to remember this lump of wisdom: Never fart on someone’s balls.