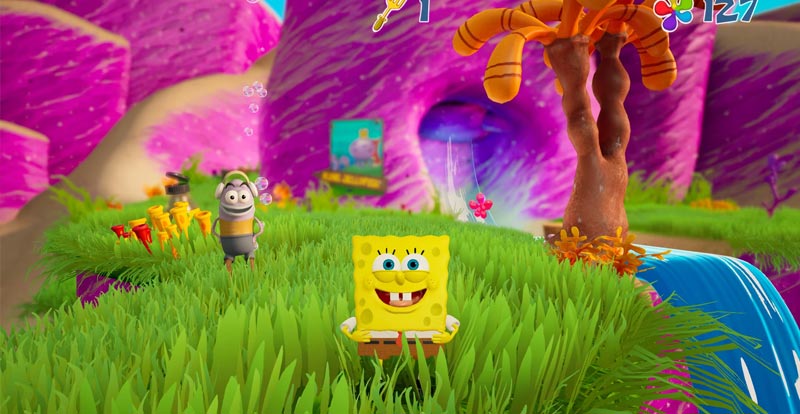 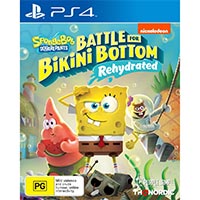 Ahoy! It’s time to party like it’s 2003 with everybody’s fave sentient sponge and his pals, as SpongeBob SquarePants: Battle for Bikini Bottom gets “Rehydrated”.

Many classic games come in for the remastering or remake treatment, allowing newer generations of gamers the chance to see just how we got to where we are. Some are vital parts of gaming history – Shadow of the Colossus, Ico, Ōkami, De Blob – and some aren’t. This one is sure to polarise, being an OK game upon release that found a certain cult status amongst both SpongeBob fans and the speed-running community. It was fairly standard platforming fare back then, and it remains that way. But hey, it sure does look prettier!

Story-wise, Plankton, in his never-ending quest to yoink the Krabby Patty secret formula from the grasp of Mr Krabs, has created an army of robots that he inadvertently set to not obey. As such, they run riot all over Bikini Bottom. Meanwhile, SpongeBob and Patrick mistakenly believe that they’re responsible, so set out to do the right thing and rescue their home from mechanised mayhem.

“SpongeBob seems to have a thing for leaving his undies – spare lives – in abundance all over everywhere.”

Most of the standard genre tropes are present, with collectible currency in two varieties, common shiny things to aid in various quests and minor unlocks, plus the much less common golden spatulas, which are used to access new main areas in-game and usually take some effort to obtain. For full-on collectible junkies, there are also Patrick’s lost socks to discover, while SpongeBob seems to have a thing for leaving his undies – spare lives – in abundance all over everywhere.

Gameplay areas are small, yet loading times between them can be painful. Curiously, areas that look perfectly explorable aren’t, and we admit to laughing out loud the first time we ventured where the game considered that we shouldn’t and a huge, Monty Python-like Captain’s arm reached in from the side of the screen to plop us back into bounds. Other times you just slide off objects in no-go zones. 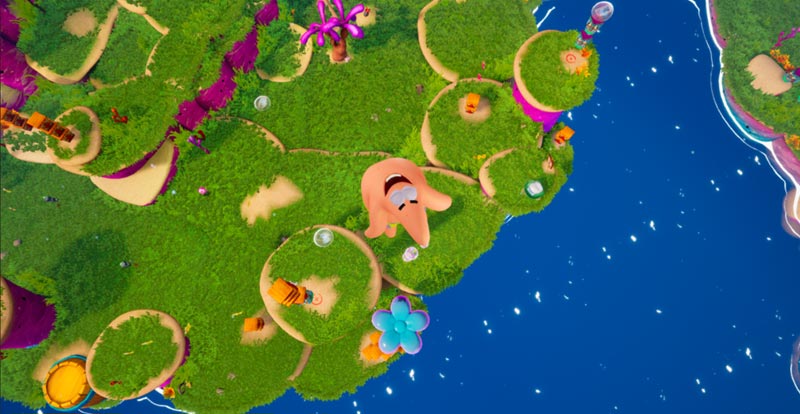 Where SpongeBob SquarePants: Battle for Bikini Bottom Rehydrated picks up, as did the original game, is when you unlock other characters – and their particular abilities – to play with. While SpongeBob has some wonderfully whumperous attack moves, Patrick’s best is a bouncy belly bump – and the ability to pick certain things up and hurl them – while Sandy Cheeks comes in very handy with her ability to hover, allowing access to otherwise inaccessible areas. Bus stops pop up every so often at which you can switch between the three – but as you can’t just swap on the fly, you may be tasked with backtracking in order to get your desired character for an area.

Boss battles pop up every so often, and younger players may find them challenging. Meanwhile, general play difficulty is pretty chilled, with smaller enemies easy to knock off, and if they happen to get a hit in you just replenish the life with any of SpongeBob’s aforementioned bounty of budgie smugglers – even if you’re playing as Patrick or Sandy (complete with appropriate comments).

Which brings us to one of the key reasons many will want in on SpongeBob SquarePants: Battle for Bikini Bottom Rehydrated – its SpongeBobbiness. If you dig the show’s silly, sweet and sometimes cheeky humour then you’re in for hours of treats, as all the characters from mainline to bit-part make with the gags. Some of it is pretty puerile, but hello, kids show! Adults just happened to adopt it too because, well, it’s quite wonderful. Good news too is that almost all of the characters are voiced by the original actors from the show. Yee-haw!

As far as remasters go, Purple Lamp Studios have done a bang-up job with the source that they had – their faithful work really can’t be faulted. They’ve also shoehorned in some previously unused content, as well as a basic two-player horde battle affair. Ultimately though, despite a decent coat of pixels, there’s no hiding the age of the game, with more recent platformers progressing the genre in leaps and bounds (both literally and figuratively). That being said, if you’re an ardent SpongeBob fan, or have fond memories of those PS2/Xbox/GameCube days that need rekindling, then you’ll likely absorb any shortcomings.

SpongeBob SquarePants: Battle for Bikini Bottom Rehydrated is available now on PS4, Xbox One and Switch. 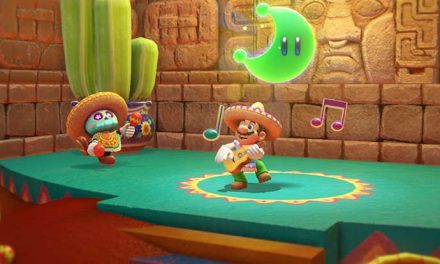 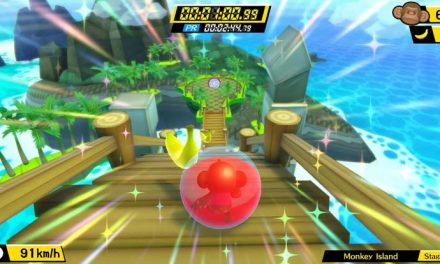 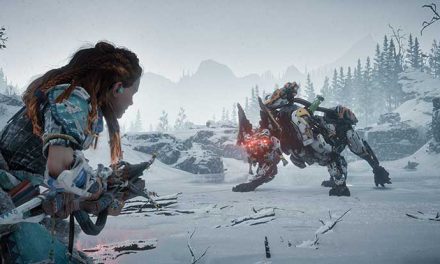 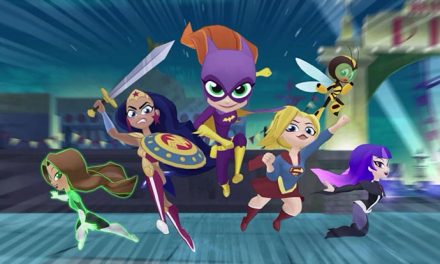