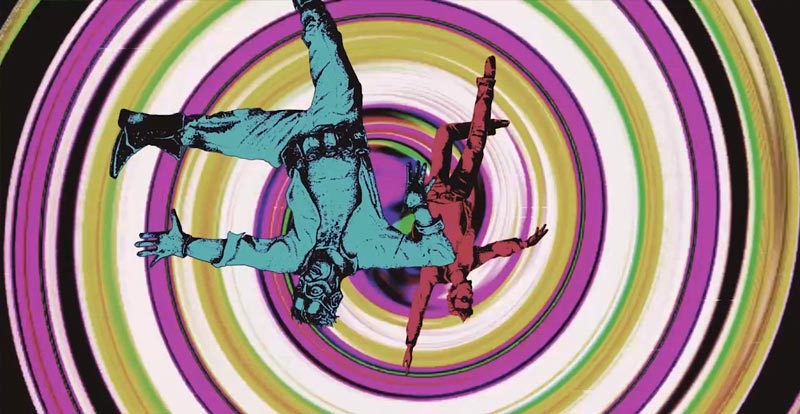 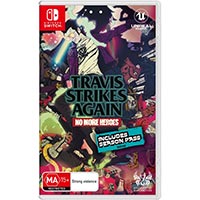 Japanese game developer Goichi Suda – or Suda51 – is a kooky cat, and we mean that with all manner of respect. He subverted Nintendo’s family friendly Wii with the insanity of the original No More Heroes, and now he’s back to sully the Switch’s relatively goodie-goodie rep.

Seriously, this is a guy who uses the main character dropping his dacks and sitting on the loo as save game points. If that made you roll your eyes with thoughts involving the word “puerile” then you’re just not going to click with this one.

Those with an appreciation of silly humour and a love of all things 1980s though will be in heaven. The references come thick and fast, from the likes of Gundam to many an old arcade game and even obscure Brit one-hit wonders Sigue Sigue Sputnik, with heaps in-between.

The premise is relatively simple. Series lead dude Travis Touchdown has retired from the assassin’s life and is living in a mobile home, spending his time playing games. When we catch up with him, a bloke known as Bad Man is about to go the baseball bat bonce bonk – something to do with TT killing his daughter – and they get sucked into a games machine. This console – the Death Drive Mk II – is a prototype of an unreleased machine that has a rep for being rather weird. Six games exist for it in the form of “Death Balls”. Your aim is to track these all down, play them and, upon completion, you’ll be granted a wish.

You start out assailing hack ‘n’ slash arcade romp Electric Thunder Tiger II with your trusty Beam Katana, and plummet onwards to the likes of Life Is Destroy, Coffee and Doughnuts and Golden Dragon GP. While various gaming tropes are visited from platforming to racing, puzzling and beyond, each main game basically adheres to the running and jumping and slashing and the n’hey at their core.

Still, gameplay is enhanced greatly by the accrual of skill chips, which add all sorts of bonkers moves to your arsenal – up to four (of many) at a time. 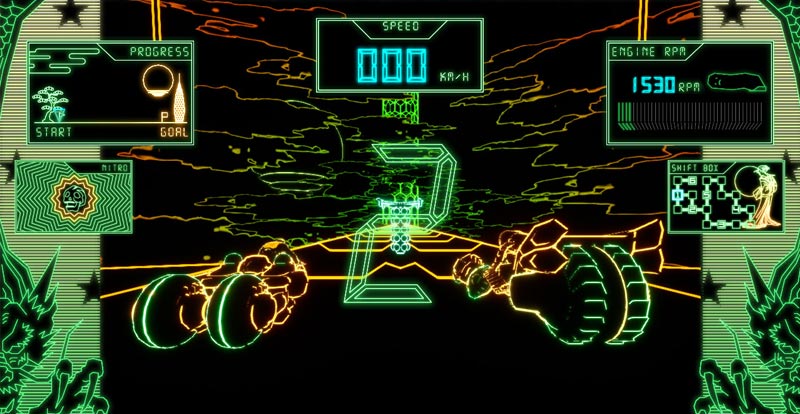 To play all the Death Ball games you first have to find them. Here is where you encounter cutscenes disguised as an old PC text adventure – and get the game’s best writing. Not that there aren’t more absolute zingers than any one game rightfully deserves sprinkled throughout the playable parts, with some of the boss battle conversations in particular being utter joys. Like having a creature that you beat showing his respect for your mad skills by inviting you to catch up to chat about appearing in his next game.

If you’re prepared to share JoyCons, two players can hit the game collaboratively – one as TT and the other as Bad Man. As well as being manic fun, it allows for some fab exclusive extra moves if you can co-ordinate them. MMMmmm, choco-banana!

We’d love to say that the game is as much of a delight to play as the writing is to digest, but there are control niggles at times. It can also get a bit repetitive, and the difficulty often ebbs and flows jarringly. But ultimately it’s kind of like a decent B-movie in that its knowingly wonky. Well, we’re prepared to give it the benefit of the doubt – any game that has a demonic console that starts up crooning “Death Drive!” in the classic Mega Drive “SE-GA!” style will always have us smitten.

If you find passion something to savour rather than run from then Travis Strikes Back: No More Heroes absolutely oozes it. Suda51 is kind of the Tarantino of game developers – not everything that he makes is perfect, but it always has a certain inimitable – and winning – style. This is certainly no exception. Plus, you’ll learn an awful lot about ramen… 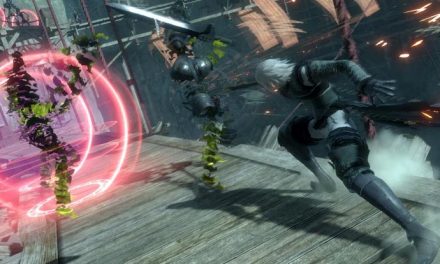 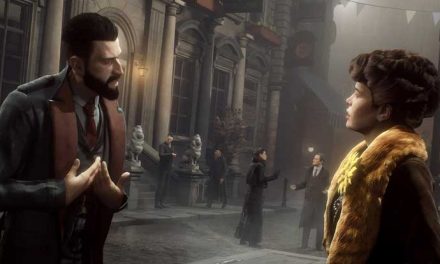