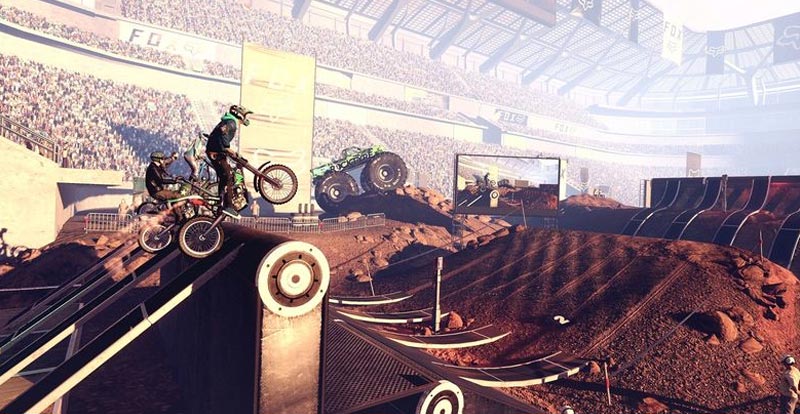 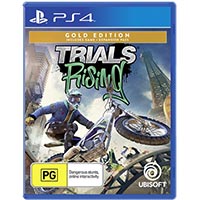 Is it a racer? Is it a platformer? Is it a physics puzzler? Yes, yes and yes! But does Trials Rising make the series great again?

You see, after the mega Trials Evolution, Trials Fusion messed things up. Then Trials of the Blood Dragon messed them up a lot. They still had their moments, but something got lost in a fugue of neon and futurism. Trials Rising does some new stuff, but mostly with an eye to what’s at the very core of the best entries in the series – pure addictiveness.

For the uninitiated, Trials is essentially all about physics, but apples don’t get a look in. You’re plonked onto a trail bike and tasked with going that way, really, erm, carefully. You must traverse all manner of insane ramps, jumps, loop-the-loops – sometimes forwards, sometimes backwards – and much more with the sole aim of not falling down and subsequently getting hurty. Well, at least until you cross the finish line. Hey, it’s simple right? One button speeds up, another slows down, you can lean forwards or you can lean backwards.

Damn it, we knew seeing Wayne and Garth on the Oscars would have a detrimental effect on our writing…

Beyond simply accelerating and decelerating, there’s getting the lean just right so you don’t topple forwards or backwards. You can also do stunts such as spins through the air, should you be so foolhar- uh, brave. Then, when you’re tasked with stopping and waiting as a beam takes you to where you can get off without smacking your face on something, you need to learn the finer things of control – such as bunny hopping. 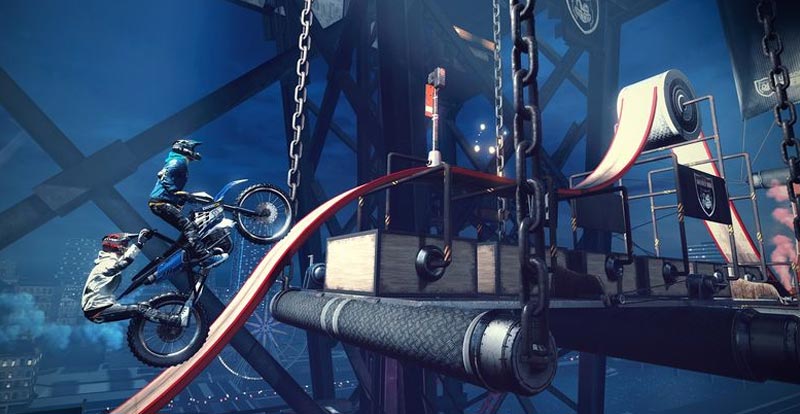 This time around things are set in the current day real world. A world map is at the core, on which various events gradually open up. Score well, accrue XP and you’ll open more. Score badly and – well it’s pretty obvious. A fun new addition is the University of Trials, which also unlocks gradually and gives newcomers – or even pros – some handy help in perfect control of your machine. Another great inclusion is a co-op, tandem bike mode. Make sure your partner isn’t crap though, or frustration will be your friend.

One of the best things about Trials Rising is its familiarity for returning players. Things have been tweaked – Trials has never handled better – but there are no jarring control changes. It’s amazing how soon they become instinctive if you’re new – or how quickly you’re right back at home if you’ve played previous iterations.

One thing is for sure in Trials, and that’s that you’ll mess up at times. Pleasingly, you can just jam a button and instantly reset to the starting line and give it another go – brilliant, and just what eager players crave. On the other side of the ledger, however, actual initial level load times are disappointingly languid – especially when it can take longer for a level to load than to complete. Really, however, save for the odd grindy bits while amassing enough XP to get new action happening, that’s our biggest complaint. Oh, and the loot boxes. You earn them for pretty much everything good that you accomplish, and they’re bulging with stickers, clothing and bike bits and such. We don’t get the craving for such trivialities, but a nephew in our midst absolutely loves it. Ah, the kids of today…

If you already dig Trials this is a no-brainer must-have. If you’re new to it, and the concept of an infinitely playable mutant cross of Excitebike, Tetris and all manner of platformers appeals, then what are you waiting for? As Freddie once wisely advised, get on your bikes and ride!

Trials Rising is available now for PS4, Xbox One and Switch. 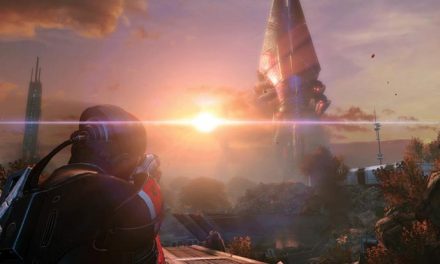