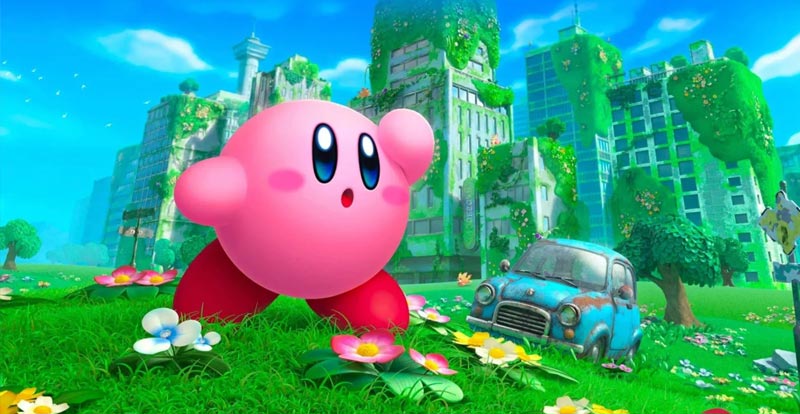 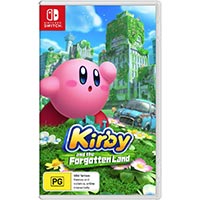 It’s time for fans of all things pink, globular and Nintendo to get excited, for Kirby and the Forgotten Land is possibly the little guy’s greatest outing yet. “Kirby, Kirby, Kirby, Kirby (ah-ah-ah-ah ah-ah)…“

Usually, it’s Kirby – with his insatiable ability to inhale things and then repurpose them – doing the sucking, but proceedings kick off with our blobby pal finding his happy little glide on his puffy star interrupted by a vortex-like thingy sucking him in and whisking him away. Where does he end up? A strange, post-apocalyptic world that appears to be virtually uninhabited – well, except for assorted opponents who don’t take well to the presence of a pink gaming icon.

The aim of the game? Save the cutesy little Waddle Dees from various bosses dotted throughout assorted levels in a very similar fashion to other Nintendo games – most recently we’re reminded of the Switchicised Super Mario 3D World. You know the drill – a hub world with various chances to explore, collect, upgrade and play minigames (in this instance the ever-expanding Waddle Dee Town, where your rescued charges head for sanctuary), and various themed worlds divided into both sub-levels before an inevitable boss fight and bonus levels (basically challenge rooms) in order to obtain currency to allow eventually much-needed ability upgrades.

“What’s big and new and different and stuff about Kirby and the Forgotten Land is that the Kirbster gets to play around in 3D space.”

What’s big and new and different and stuff about Kirby and the Forgotten Land is that the Kirbster gets to play around in 3D space. This isn’t an open world game as such, as there’s very little in the way of going off the set path – other than sometimes finding sneakily hidden stuff – but it does lend more of a sense of space to the little fella’s adventures.

That may be new, but classic Kirby abilities remain, in particular his knack for inhaling objects in his vicinity and either spitting them out or absorbing their attributes (AKA ‘Copy Mode’). Fire, ice, blade hurling, bombs – and a whole more – are all part of the available arsenal. Then there’s the super-fun new ‘Mouthful Mode’…

Mouthful Mode allows Kirby to inhale generally larger objects and utilise them in specific ways in order to progress, while maintaining his core current ability (represented by a little hat or suchlike, which we cannot find words to do justice to the utter cuteness thereof). We counted 14 different options for him to stretch himself about in our travels, ranging from sucking in traffic cones and light bulbs through to the bizarre looking ‘Ring Mouth’ mode and the much-publicised – because it’s super-cool – ‘Car Mouth’. Although why they just didn’t call it ‘Karby’ is anybody’s guess. These added abilities allow for racing in various ways – one of them sends us off in a fun Pilotwings-reminiscent level, for example – or for accessing otherwise inaccessible areas. 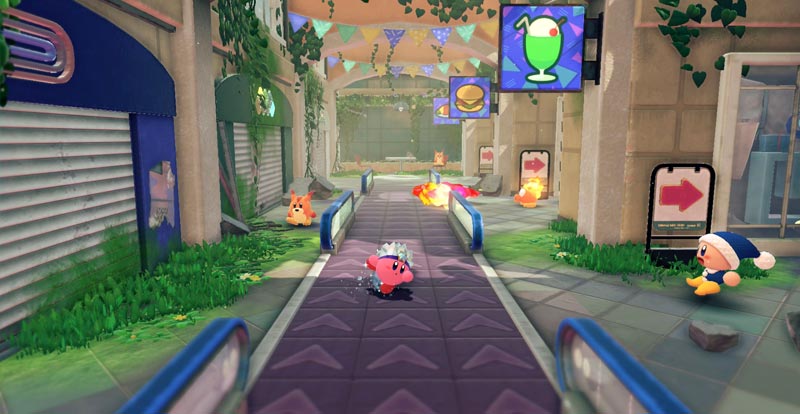 Each level challenges Kirby to rescue a set amount of increasingly sneakily hidden Waddle Dees, while accomplishing bonus challenges – which you have to discover for yourself first time through – to earn extra credit. The beauty is that you can get all obsessive about finding everything in every level first time around, or just cruise on through finding what you find then progressing to the next sub-level. Ah, but the rub is that if you don’t actually accrue enough rescued Waddle Dees then you won’t be able to take on that level’s big bad boss. Naturally though you can trundle back at any time to worlds and levels past in order to play catch-up.

That’s one of the most appealing features of Kirby and the Forgotten Land. It is, for the most part, a quite chilled experience, even if you opt for the more challenging ‘Wild mode’ over the very – very – relaxed ‘Spring-Breeze Mode’. The latter is perfect for new inductees – be they kid or adult – of platform action adventures such as this mighty fine example.

There’s also a co-op mode that’s a good way to get somebody else involved, however it isn’t a case of duelling Kirbys, rather the second player takes on the form of a Waddle Dee with gimped abilities. It’s something, but it can be a little frustrating for those involved who aren’t of pinkish hue and globular form.

In the end, Kirby and the Forgotten is an absolute delight for already fervent Kirby fans and, while not punishingly difficult, is still a decent and varied challenge for lovers of action adventures generally. Mind you, being prepared to just go with the flow of the odd exhaling of an “Aww!” here and there is definitely advisable.

Kirby and the Forgotten Land is available now on Switch. 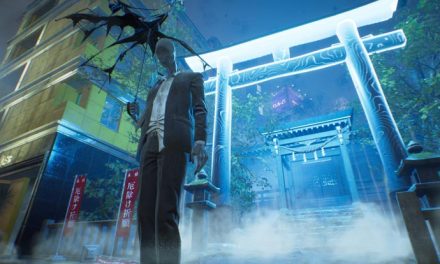