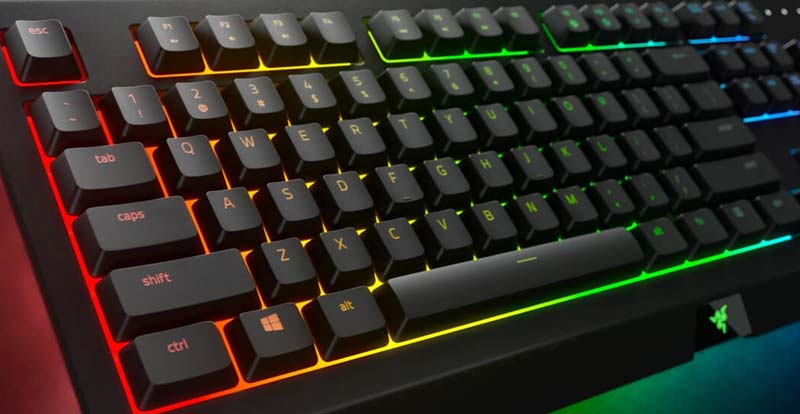 Slap ‘gaming’ in front of any peripheral and you can expect to pay more dollars. But you can also safely expect some viable gamer-centric gains from that adjective, too.

When it comes to gaming keyboards, you can skimp on an older slower-actuating membrane keyboard or dive into the machine-like wonders of speedy mechanical actuation. But first, here’s what you actually need to know about actuation.

On the ever-raging war of gaming keyboards, the current battle is being waged over actuation. This is a five-dollar word for a five-cent explanation: ultimately, how quickly a keystroke is registered via its key switches. It might not read like a big deal, but our tests of the last weapon in low-actuation, optical switches, reveal noticeable competitive gains.
In fairness, full-sweat tenkeyless (read: D-pad-less) competitive gaming keyboards with optical switches make everyday tasks fraught with the keen on-screen proof that you’re likely to have aim inaccuracies in your typing. Forgiving of a barely brushed key these keyboards are not. Still, as you’ll learn later, there are exceptions.

On top of actuation, there are specific mechanical switches to take into account, some of which offer those low-actuating competitive advantages, but mostly it boils down to the personal-preference finger equivalent of rating a burger in terms of ‘mouth feel’. It’s a combination of touch and sound, which can mean the difference between Simon and Garfunkel’s most popular song (or close to silence) and like you’re typing correspondence on a typewriter.

Despite variance in names between big-name brands, the switches on mechanical keyboards tend to break down into three core categories. ‘Tactile’ is targeted at competitive shooter fans who seek a noticeable bump in their keystrokes. ‘Linear’ ditches the mid-keystroke bump for a smoother-than-tactile feel, which is meant for games that favour double-taps. ‘Clicky’ is next-level tactile, where the bump also offers a clicky sound and feel of a typewriter-like keyboard. 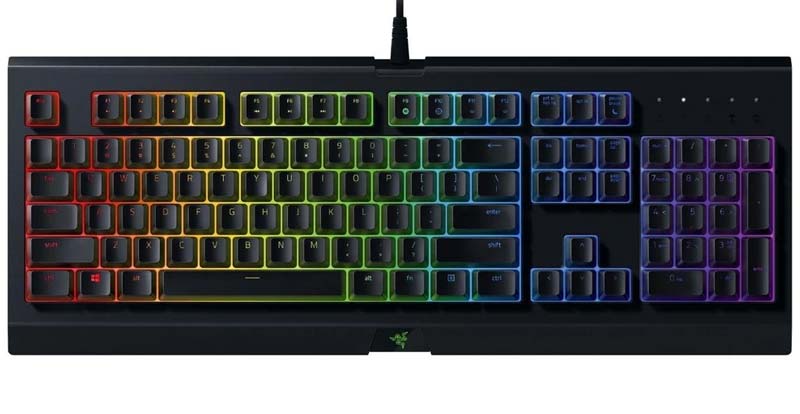 Back in the dark old days, slower-actuating membrane keyboards were the only option. These days, mechanical keyboards are mercifully more prevalent. That said, streamers and those who prefer whisper-quiet typing may still consider the likes of a Razer Cynosa membrane keyboard. The Cynosa has the RGB lighting, programmable macro recording and speed ultrapolling perks of Razer’s other gaming keyboards, sans faster mechanical switches.

For around double the investment, though, you start to enter serious gaming-keyboard territory. The Logitech G512 offers three switch flavours: GX Blue (super clicky, 1.9mm actuation), Romer-G Tactile and Romer-G Linear (both sport 1.5mm actuation). This is a solid investment for any gamer looking for a slim-profile full-size keyboard. Absolutely take advantage of Logitech’s G HUB software, plus the function key commands for additional functionality.

The HyperX Alloy Origins (1.8mm actuation) sits around the same size and pricepoint as the G512. The detachable USB-C cable makes it more mobile, though, and the aluminium build keeps the weightier ’board on the table during intense gaming sessions or passionate chat discourses. 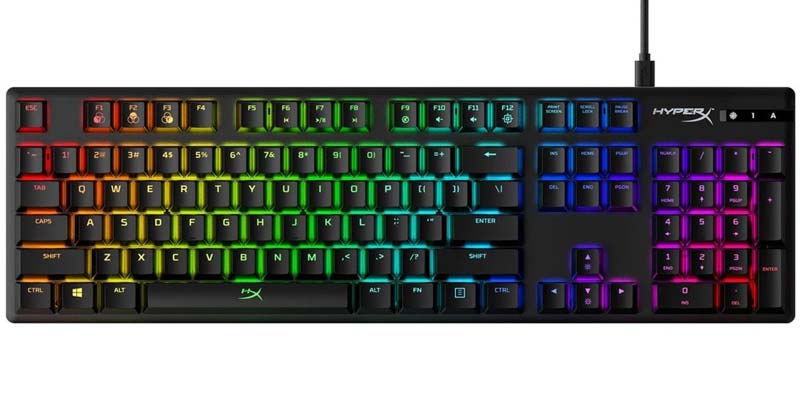 Membrane keyboards are fast becoming rarer than encouraging teammates in Call of Duty. That said, rumours of the death of the old keyboard tech are greatly exaggerated. If you’re just starting out on your gaming-peripheral journey, there’s nothing wrong with buying something like the slower-actuating Cooler Master Devastator 3. This keyboard/mouse combo boasts an ergonomic design, RGB lighting for lovers of illumination, and even offers tactile feedback via custom membrane key switches. 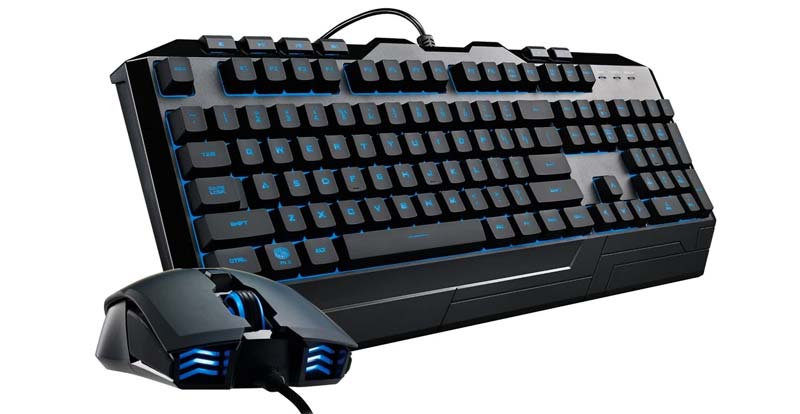 These next gaming keyboards represent a pretty-penny investment, like the ultra-thin perks of the Logitech G815. This ’board packs programmable macro keys, dedicated media playback controls – optionally handy for drowning out the lamentations of vanquished noobs – as well as dedicated buttons for ‘game mode’ (kills the Windows key) and an RGB lighting switch. Step it up to the G815’s wireless sibling, the G915, for $100 more, but both boast keys with a solid 1.5mm actuation point.

To take advantage of the latest in mechanical switches, the Razer Huntsman Elite boasts optical switches that require minimal force for keystrokes (1.5mm actuation). On top of this, the optional removable wrist rest (with RGB lighting) and dedicated easy-to-reach media playback controls make this a surprising delight for gaming and everyday use, too.

Ultimately, because they’re rated for many millions of keystrokes, a gaming keyboard is a sound investment in your gameplay future that can be a faithful fragging companion for years to come. 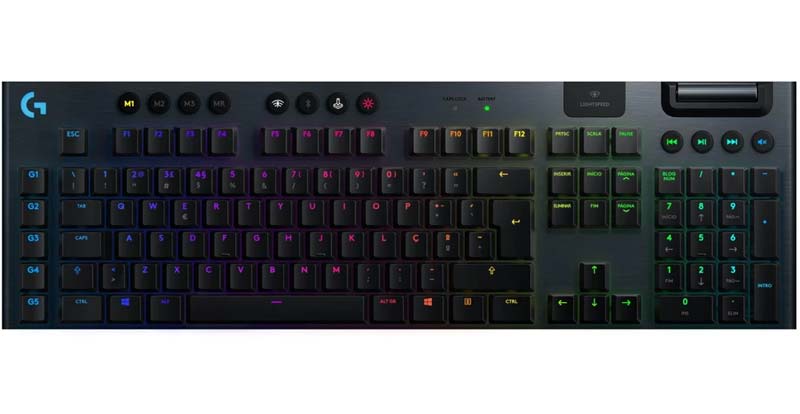 Back to full-size ’boards, the Corsair K70 MK.2 (varying actuation depending on switches) comes in two multiple Cherry MX-switch flavours, with a pain-saving wrist rest, sturdy aluminium frame, USB pass-through (to keep other peripherals connected) and the expected RGB lighting.

You can opt for the K70’s slightly more expensive older brother, the K95 (1.2mm actuation for Cherry MX Speed; 2.0mm for Cherry MX Brown), which has the same perks, but has the added bonus of programmable macro keys. Macro keys are particularly useful for fans of RTS, RPG, MOBA and similar strategy-heavy acronym genres. 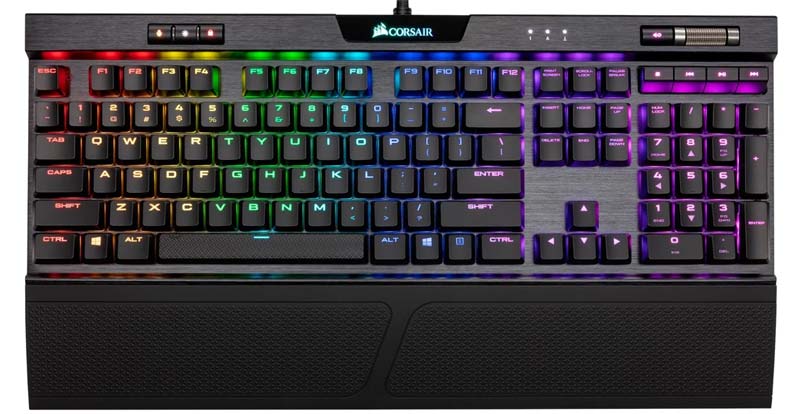 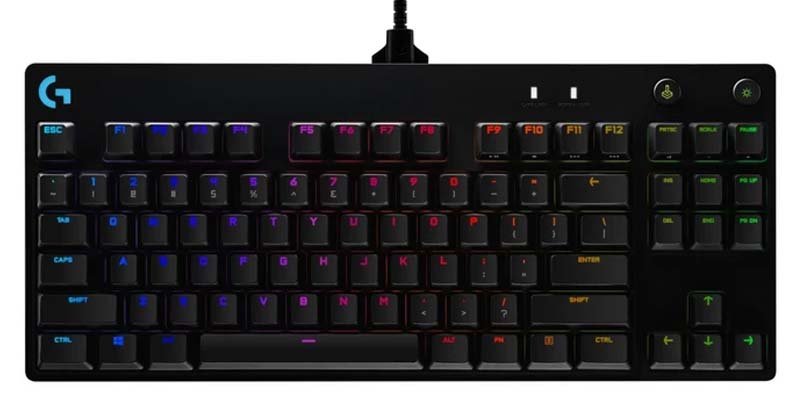 Certain-model gaming keyboards, like the Logitech G512 and the Razer Huntsman Elite, need two USB ports to fully function. One specific cable is for the keyboard, and the other is for additional functionality. For the G512, this second USB port requirement offers USB pass-through via a USB port on the back of the keyboard. For the Huntsman Elite, the second USB powers the RGB lighting on the removable wrist rest. This means these types of keyboards are better suited to desktops over the limited-USB ports of a laptop. Just make sure you’ve got the right cable connected if you only want keyboard functionality. 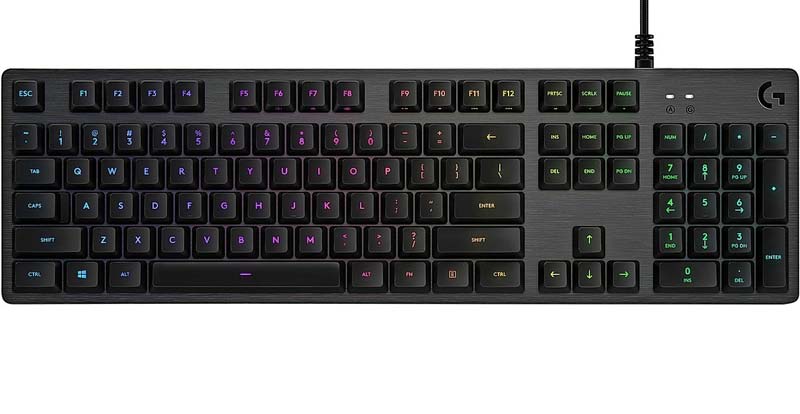 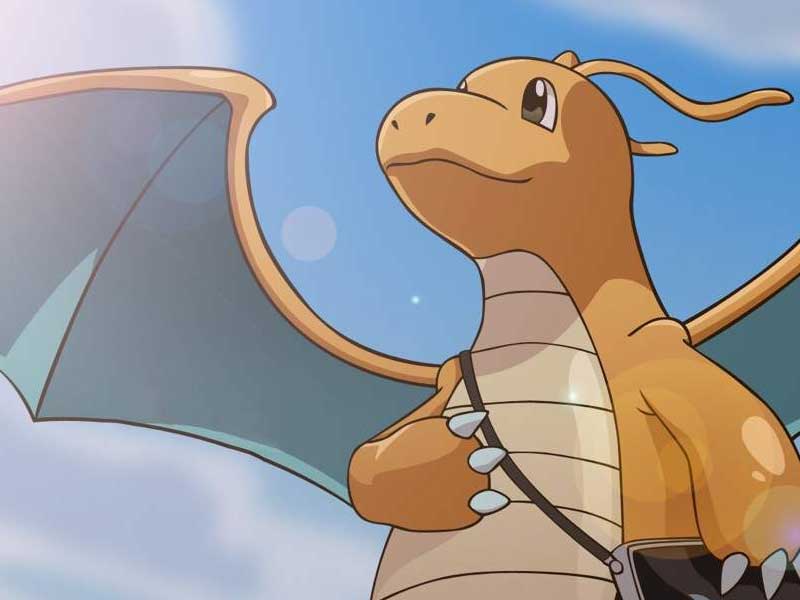 Give thanks – there’s another Pokemon GO event on the horizon 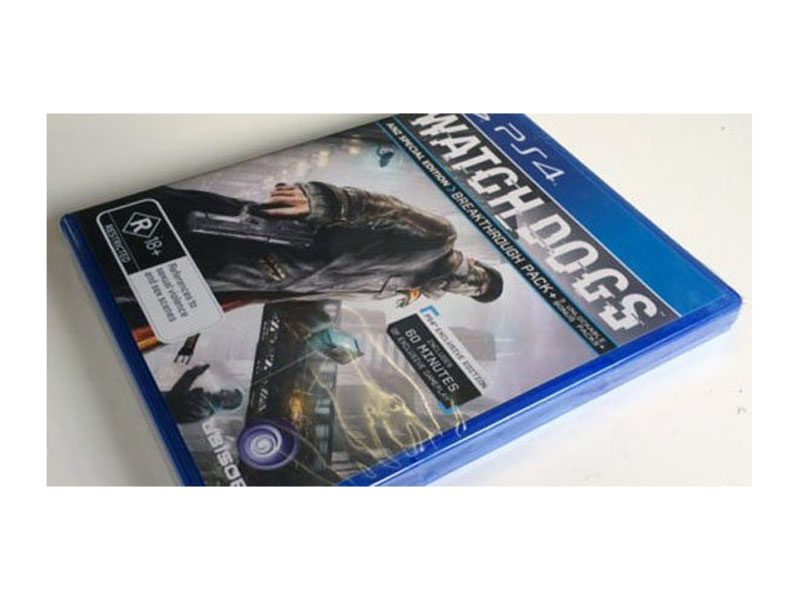 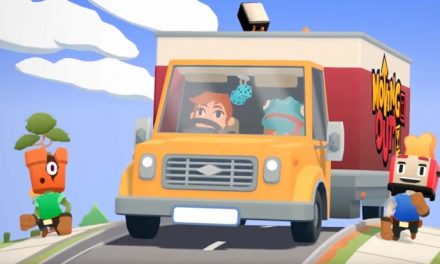 Get prepared for Moving Out