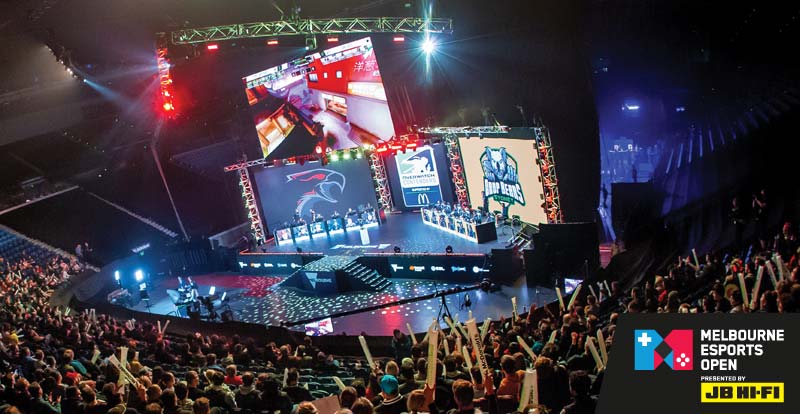 The Melbourne Esports Open – that’s MEO for you – is kicking off next week in an explosive way. This esports celebration has grown to now stretch across Rod Laver Arena, Melbourne Arena, Margaret Court Arena and Grand Slam Oval.

Whether you’re an MEO veteran or popping your cherry, here’s the essentials of what you need to know to get the most out of the big-ticket event, from the esports tournaments to all the hot hands-on previews at the JB Hi-Fi Game On Zone.

The tournaments are at the bleeding heart of MEO. It’s an esports celebration, after all. But it’s not just for the pros who compete, with plenty of open tournaments to choose from. If you fancy your skills, the price of admission covers the cost of you and your team flexing in Fortnite. Or throw together a squad and suppress to impress in Overwatch.

If you like your frags served old-school (albeit with a shiny new sheen), Halo: The Master Chief Collection is hot-dropping on MEO. Sprint over to Melbourne Arena for a free-for-all chance at Spartan glory in Halo 3, with daily prizes for the top three places.

It’s not all about the pew-pew, though. If the above is too much shoot and not enough loot, channel your inner architect or swing your hand at a different flavour of PvP comps in Minecraft. Meanwhile, Pokémon players can partake in the Melbourne Open that covers the trading cards and video game versions of the popular IP.

Those with a need for speed can rev their engines in Forza Motorsport 7. For the less serious racer, there’s also Forza Horizon 4. Race for the fastest lap time or tear up the track in time trials.

Then there’s the main events. The best Aussies, Kiwis and close-by Oceanic archipelagos will fight for much more than just LOLs. League of Legends (LoL) fans should top-lane their way to Rod Laver Arena on Saturday to see which winner gets to compete in the coveted League of Legends World Championship.

If the MOBA madness is too much, you might prefer the Sunday showdown at the same venue with the Overwatch gateway game. The eight best teams have been whittled down to a final showdown of ANZ teams battling in Overwatch Contenders.

The hero motif continues, albeit with a much more realistic ‘hero shooter’ this time, in Rainbow Six Siege. Making an appearance for the first time, Rainbow Six Masters offers the culmination of a month of close matches, upsets and full-fledged whitewashing as eight of the best in the ANZ region pull off impossible shots and, hopefully, close matches. 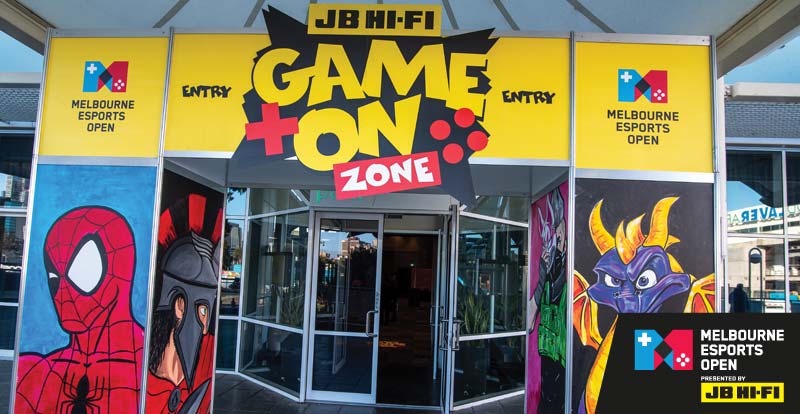 There’s plenty more to do at MEO outside of competing or being a screaming fan in the crowd. For instance, there are cosplay comps running all weekend. So slip into the duds of your fave game dudes or dudettes, or ask to snag a pic with the best dressed in the crowd.

Outside of running into beloved game characters, there are meet and greets with popular personalities. Top streamers and content creators such as the Misfits will be part of meet-ups and signing sessions all weekend. Have a gander at the names and faces at Mates of MEO to see which of your faves are attending.

The JB Hi-Fi Game On Zone will give you a chance to play the latest and greatest ahead of release, across a range of console and PC titles, including first-to-play in Australia opportunities with the ace Borderlands 3, Tom Clancy’s Ghost Recon: Breakpoint and Marvel’s Iron Man VR. But play opportunities won’t be restricted to just those three, as the biggest publishers in the industry will have a booth presence at the Game On Zone, so there’ll be something to play for gamers of all ages. Add to that an exciting range of the latest PC gaming hardware and essential accessories and all your bases are covered. There’ll also be a pop-up store with some red hot deals available over the weekend.

But wait, there’s more. Do you want the opportunity to meet and greet with your favourite esports athletes? You can do that at the Zone, too, with some of the biggest names in esports making themselves available to meet fans and sign autographs. And if you fancy yourself as a competitive gamer, then the ESL stage at the Game On Zone is where you’ll want to be. There are a number of open tournament opportunities throughout the weekend that anyone with an MEO ticket can enter.

Thrill to all the action of the absolute top teams battling it out in the Overwatch Contenders Finals, all duking it out for a big chunk of the US$100,000 seasonal prize pool.

Things are a bit more expansive for Rainbow Six Siege, with the top eight teams battling it out at MEO, including Fnatic, Team Sinister, ACME Association and Mindfreak. Fnatic will be faves, for sure. Keep a close eye on Fnatic’s Virtue for frag count, Magnet for sneaky plays and Acez for under-pressure clutches. The winning team pockets AU$20,000 of the AU$50,000 prize pool.

For the attending fans, though, whichever teams win, the crowd wins. That counts for the losing teams, too. Those lines may be cheesy, but you should expect anything but from the highly talented showdowns across MEO competitions. 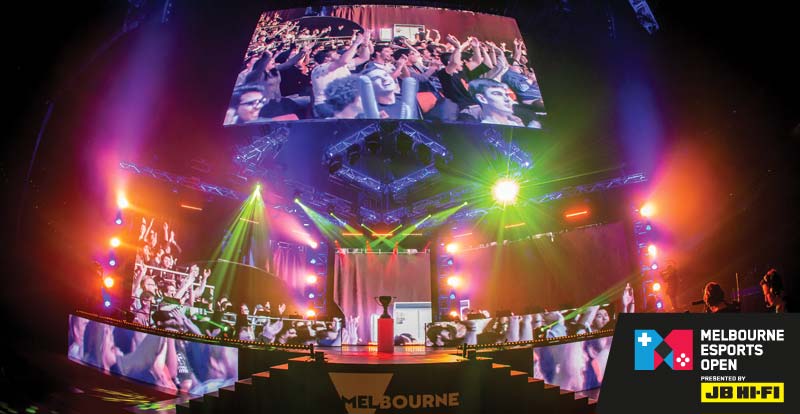 The best bit about local esports is watching the champions of the local meta. While the world stage tends to test the strongest global strats, local tournies showcase the best tactics ANZ has to offer. The benefit is that the top teams tend to inform the local meta, but the visibility of the top-dog trendsetters means the underdog teams can strategise and counter-strategise around this. The hope: closer matches and bigger upsets at MEO.

Washington Justice are heading to MEO. But this international Overwatch team will have their work cut out for them. They’ll be facing off against some of the best ANZ Overwatch Contenders players. For the IRL sports fans, this is like watching Real Madrid vs Melbourne Victory, or Australian Boomers vs USA basketball: the best players in the world in front of an Aussie home crowd. Practice your “Aussie, Aussie, Aussie” combo beforehand.

The CouchWarriors punch their way back to MEO this year with a range of head-to-head brawlers to tickle fighting fancies. Expect to see an upgrade to Super Smash Bros. Ultimate, alongside the older Super Smash Bros. Melee mainstay. Then there’s the 2.5D fisticuffs of Tekken 7, the visual overload of big hits in Street Fighter V and, finally, the over-the-top god brawls of Dragon Ball FighterZ. There’s a cool $1K up for grabs for each brawler to give the pros 1,000 reasons to chase the win.

The High School Esports League is back at MEO. More than 300 teams pulled from 150+ schools have been studiously throwing down throughout June, July and August. Why? For your ultimate viewing pleasure at MEO, of course. The HSEL Championship Grand Finals will see the top teams facing off in NBA 2K19, LoL and Rocket League.

The 2019 Melbourne Esports Open hits on the weekend of August 31 and September 1, and you can get your tickets here now. 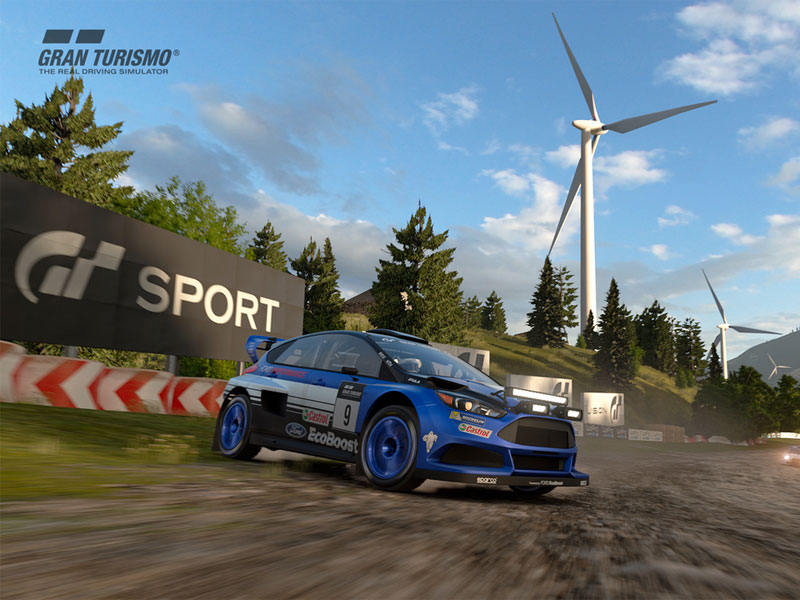