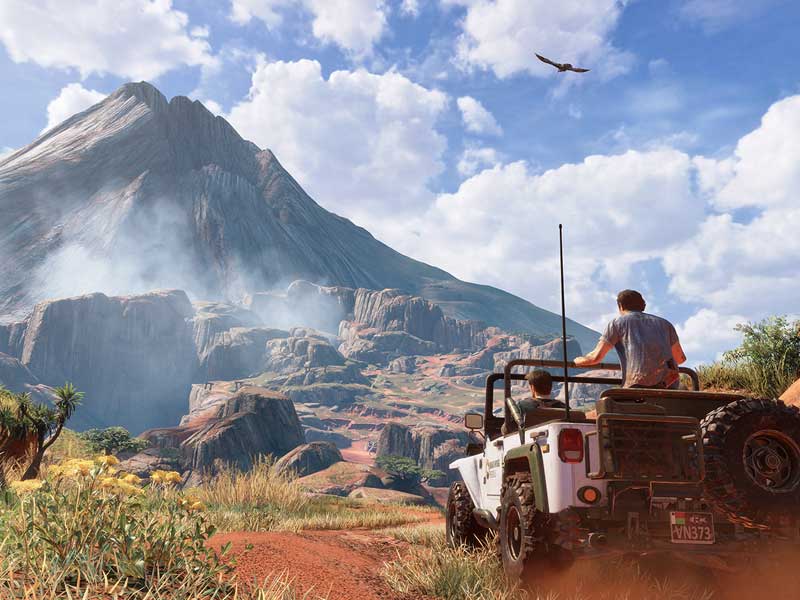 Read STACK’s spoiler-free review of the campaign in Uncharted 4: A Thief’s End.

In 1695, the Privy Council and the East India Company offered up a reward of £1000 for the capture of English pirate, Henry Avery (also Every). The daring seafarer had just plundered two ships laden with treasure belonging to the Grand Mughal, netting the equivalent of $120 million (in today’s money) in booty.

England couldn’t risk damaging the already delicate relationship between the Mughal Empire in India and the fledgling East India Company, and thus the unprecedented bounty was raised. Several members of Avery’s crew were eventually captured, but a year later in 1696, the pirate captain disappeared, his whereabouts and fate becoming the subject of campfire legend.

Why the brief history lesson? Well, Avery’s mysterious vanishing act and the legend of his vast fortune is the backdrop to developer Naughty Dog’s final chapter in its decade-long adventure with lovable rogue, Nathan Drake.

Drake has settled into married life, earning a living working for a salvage company. That is of course until his older brother, Sam, presumed dead for 15 years, steps back into his life with a proposition that inevitably pulls the former treasure hunter/thief out of retirement.

The duo swiftly becomes a trio with the return of Drake’s longtime partner, Victor ‘Sully’ Sullivan, and the quest for Avery’s buried fortune begins in earnest. However, there is competition: the nefarious rival treasure hunter Rafe Adler and his mercenary sidekick, Nadine Ross, have the same objective.

Longtime fans of the series were understandably concerned when perennial Uncharted scribe Amy Hennig announced in 2014 that she was leaving Naughty Dog for a gig at Visceral Games. But the appointment of The Last of Us writers, Neil Druckmann and Bruce Straley, as directors on A Thief’s End was an inspired choice.

Without compromising the Uncharted identity, Druckmann and Straley have introduced a narrative pace that accentuates the strength of the characters and their subsequent relationships rather than the repetitive drama of exaggerated cinematic set pieces. These blockbuster moments are still present but more measured – the power is in the story, and it’s here that the influence of The Last of Us is most evident.

Uncharted 4 is a beautiful looking game, with the extensive campaign cruising at 1080p. You will find yourself regularly scanning the vistas in awe, momentarily forgetting that someone is actually shooting at you; a camera mode accessed by clicking the thumbsticks is ideal for capturing your panoramic discoveries.

The level of detail is incomparable: well-designed 17th century pirate tombs invoke a sense of claustrophobia as you squeeze through narrow crevices and scramble up rock faces, while expansive mountain, tropical island and jungle sequences force you back in the chair, jaw agape at what is unfolding before you.

Without a linear agenda forcing you through the game, exploration is not just possible, it’s encouraged. Besides, you never know where you might find a valuable artifact.

The introduction of a dialogue tree is used predominately in the early stages of the game, and has little bearing on the story itself. Puzzle solving objectives, synonymous with the Uncharted series, are back, exercising the grey matter in the deciphering of formulas.

Combat has been tweaked: hand-to-hand melee features the same scale of brutality seen in The Last of Us, with every fist thrown with bone-splitting fury and a shuddering frame. And when the lead starts whistling, players can no longer rely on cover as a reprieve from the action.

Improved AI means incessant grenade attacks and continual flanking from the enemy keeps even the most diehard of ‘campers’ on their feet. Partner AI has been tightened considerably, although you’ll still occasionally see your accomplice inexplicably run from cover into a hailstorm of bullets.

You don’t have to rely on settling fights with the squeeze of a trigger, either. Borrowing from the Assassin’s Creed handbook, enemies can be dispatched using cunning and stealth. Meters positioned above soldiers’ heads will indicate whether or not they’re alert to the player’s presence.

The introduction of a grappling hook mechanic used for assailing cliffs and for swinging right into (or out of) the thick of battle is a clever inclusion, offering fresh, interesting gameplay dynamics. A similar design is employed in the vehicle sequences, which are now controllable for players (another first for the series). Basically a 4X4 becomes an extension of Drake’s climbing attributes; slippery, unnavigable mud slides are ascended by utilising a winch positioned on the front of the vehicle and hooked up to an anchor point.

Uncharted’s charm has always been its erudite amalgamation of historical fact, mythology and compelling storytelling, and the satisfaction of finally solving a puzzle or discovering a hidden route to the next objective.

An adroit fusion of film and game, the series has consistently delivered an uncompromising slab of enthralling entertainment, and A Thief’s End intelligently magnifies this. Here, you care deeply about the characters and the story. Even the most impatient gamer will undoubtedly sit through the cutscenes, invested in every spoken word and reaction.

But it’s not just about how impressive the game looks, how well the narrative has been crafted, or how challenging the gameplay is. It’s about the combination of all of these elements for an experience that stays with you long after the controller has been put down.

Uncharted 4: A Thief’s End is a triumphant conclusion to a memorable series. Naughty Dog has built on its previous successes and delivered an exceptional franchise swansong. It’s times like this that you pity the poor souls who don’t play video games. 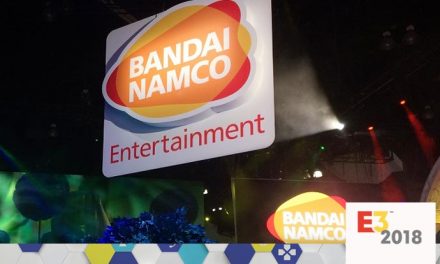 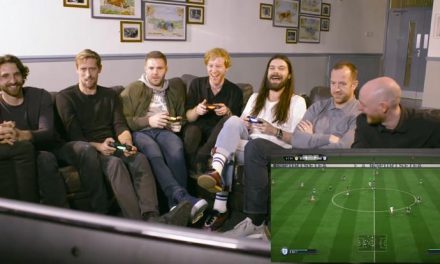 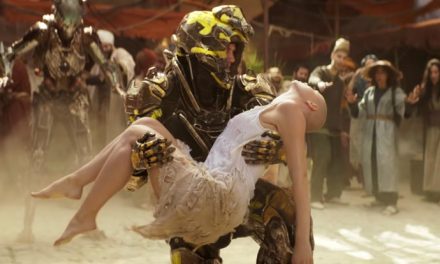 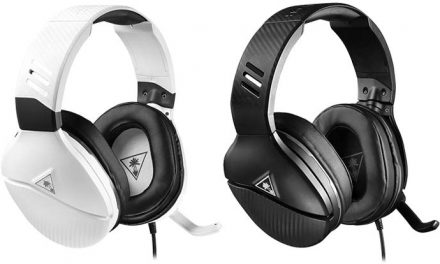