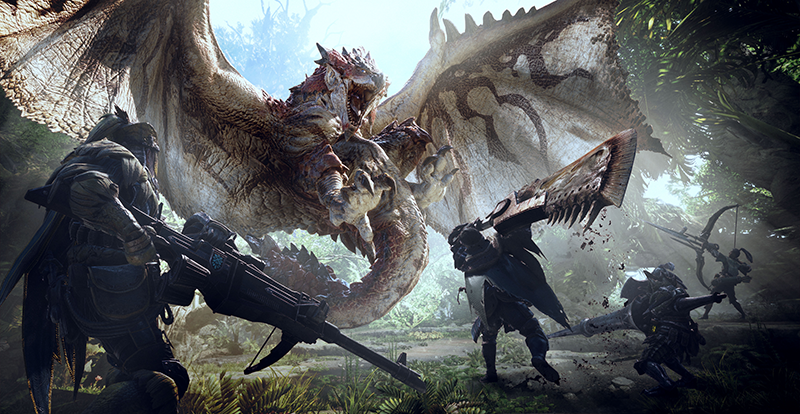 Listen up, greenhorns. There’s a new Monster Hunter on the horizon, and for the first time ever it’s getting a simultaneous worldwide release. Monster Hunter World is here.

Why should you care? Ever since 2004 on ye olde PlayStation 2, the Monster Hunter series – developed and published by Capcom – has wooed hearts around the world thanks to its excellent graphics and tough gameplay. Until now, it’s been skewed more towards portable hardware releases, and these handhelds are far more popular in Japan than they have been in other parts of the globe; consequently this is where the franchise has achieved the most traction. Despite being well-received critically, Monster Hunter hasn’t gained the same interest in the West.

With Monster Hunter World, Capcom are hoping to change that. They’ve revamped the series in the hope of making it more accessible to newcomers, starting with not calling it Monster Hunter 5 so folks don’t feel like they’re missing out if they haven’t played the originals. Monster Hunter World removes the load screens between locations and makes for an overall more encompassing experience, and one that’s more appealing for novices of the franchise rather than veteran fans.

If you’ve got no idea what Monster Hunter is, it’s actually pretty self-explanatory. You play as a (fully customisable) hunter, charged with hunting down and killing or capturing the nefarious monsters that are plaguing the land.

It’s a third-person, fantasy, action RPG. The difference here, though, is that your player character doesn’t actually receive any stat changes themselves. All your damage and stat buffs come through your weapons and gear. The weapons you buy or craft will all have different buffs and elemental and/or status effects that will impact how well (or poorly) you’ll do in battle. You can also equip what’s known as a mantle, that have bonus effects; for example, waterproofing, that will allow you to easier traverse aquatic landscapes. There are 14 different types of weapons for you to master, so take your time learning them all and finding the ones you prefer.

This gear, as we mentioned, can be bought or crafted. If you choose to kill a monster rather than capturing it, you’ll be able to carve it up and earn resources that can then be used to create different weapons and armour. Some armour sets may even require you to slay the same monster a number of times in order to obtain the necessary materials. Keep in mind, too, that your hunts are timed, so make sure you’re efficient.

You can use these materials to craft or upgrade weapons and armour, or sell them for Zenny – the in-game currency. Although players should be careful when managing their inventories; once you embark on a hunt from a campsite, you can’t change your loadout.

While the large, imposing world around you may seem daunting (and beautiful) at first, most of the creatures in the wilds of Monster Hunter World are more scared of you than you are of them. Let’s not forget, either, that you can play co-op with up to three friends, and call for backup when you’re solo and in a bit of a pickle – there’s always someone out there to give you a helping hand. You’ll also have an adorable Palico or Felyne (cute little sentient animals) companion to keep you company, so you’re never really alone. Your scout flies will lead you to the location of your prey, so there’s no concerns about getting lost and wandering for hours, either.

If you’re on PlayStation 4, there are a few extra reasons to get excited, with Capcom announcing several bonuses for PS players. Fans of Mega Man will be in for a treat, as you’ll be able to get a Mega Man skin for your Palico. He’ll even play you some classic MM tunes while you work! Guerrilla Games’ Horizon Zero Dawn also makes a surprising appearance; PS4 players get the chance to actually play Monster Hunter World as Aloy, with a little Watcher Palico – how cute!

Monster Hunter World is a complex yet accessible RPG, and the first in its franchise to release globally on the same day. It will also feature cross-region play, meaning you can game with your mates anywhere in the world. Revamped and polished for Western audiences, this is the Monster Hunter game for those who’ve never played one. Welcome to a whole new world. 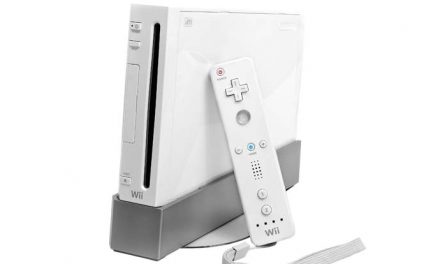 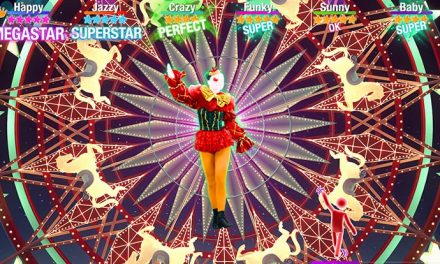 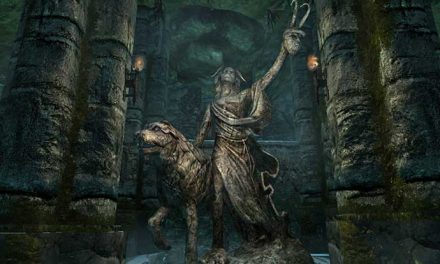