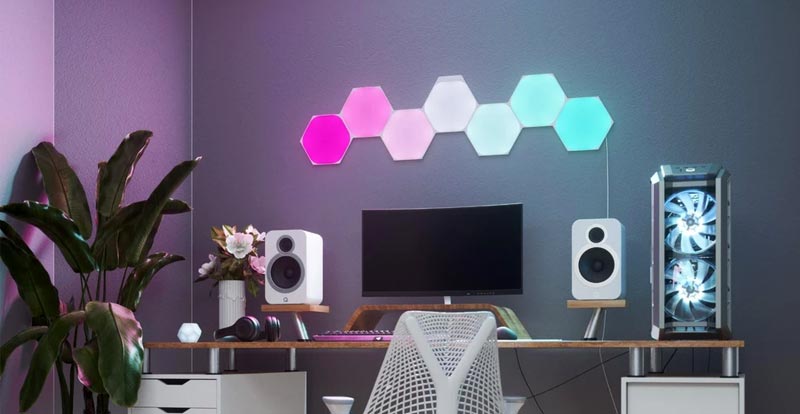 Lighting nowadays goes way beyond the old incandescent bulb or fluorescent if you’re feeling frisky. Heading the charge of programmable, multi-coloured lighting is Nanoleaf, and we’ve been busy playing with their latest release.

If you haven’t encountered them before, Nanoleaf make shaped panels that connect together in various ways to create programmable lighting displays. You might use them to make decorative designs, for fun but practical lighting, backlighting for TVs or computer setups, or basically any situation that could do with a bit of light. Previous releases have given us triangles and squares, now hexagons get their chance to shine – literally. 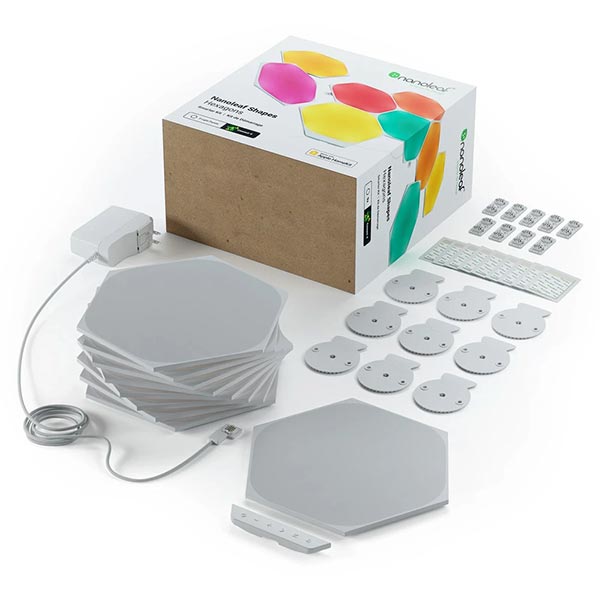 The Nanoleaf Shapes have an accompanying app for Android or iOS that allows all sorts of fun to be had. But first up, it’s time to work out where we’re going to install ours, and what pattern we’re going to create. Having a tiny one bedroom apartment with mostly used wallspace, we decided to hit up our last still naked door, and being lovers of symmetry came up with a simple daisy design using seven of the nine provided panels. The hexagons are an interesting pattern to work with, and obviously negate certain plans such as pixel art – something that the square Nanoleaf Canvas setups are perfect for.

After installing the app and easily pairing the Shapes with our Wi-Fi (2.4GHz) , we tried our intended design out assembled on a table, just to make sure that it all worked before mounting. 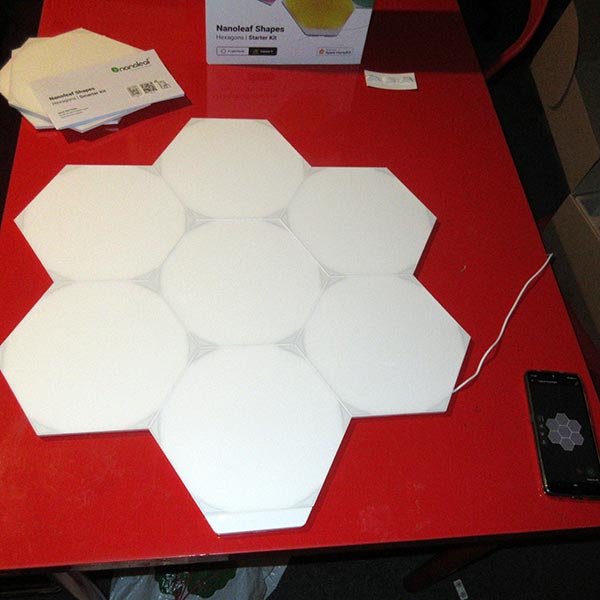 Connecting the panels together is an absolute doddle, with the new linker pins clicking in easily to each panel. Basically you just have to ensure that all panels are connected in some way so that they all receive power to light up. With ours tested and working, it was time to start mounting!

Applying the Nanoleaf Shapes to a wall (or, of course, door) is a simple process, especially aided by cleverly designed rotating sections on the rear of the panels. But first, we cleaned the surface with some isopropyl alcohol in hopes for better adherence (and to hopefully head off any terrifying jumps in the night if they happen to fall off). We then mounted the first panel up top, made sure it was level by rotating it slightly, then gradually worked our way down. We tried a few different placements for the controller, eventually settling on bottom right. As we were mounting on a door, we also made sure to have some slack on the power cable to allow for opening and closing. 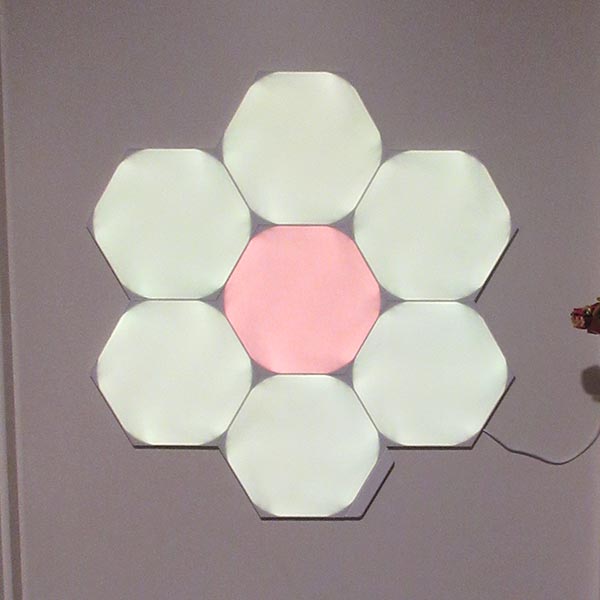 Here’s our daisy, set to a very low brightness so as not to stun our camera – the panels can go up to an almost alarming level of brightness. While we only utilised a whole two colours, some 16 million shades are available, with a 1200K-6500K white light temperature range.

That’s just the beginning of the fun that you can have with Nanoleaf Shapes. The attached controller allows a certain degree of access – six buttons variously toggle power off and on, adjust brightness and cycle through scenes. But the real fun comes with the app, in which you can program various colour patterns down to each individual panel, animate them, speed them up, slow them down, lighten and brighten them etc. There are also settings that allow your designs to react to music as a visualiser, to adjust touch settings for the panels and even program simple games like Simon.

The app allows access to some factory designed patterns, as well as all sorts of user created delights ranging from calming moonlit vibes through to pulsating disco eye bleed overload.

“…if you want to tell your Shapes what to do via voice you’re covered.”

Another brilliant feature of Nanoleaf Shapes is their ability to be controlled via Google Assistant, Alexa, Apple HomeKit, IFTTT or SmartThings. Basically, if you want to tell your Shapes what to do via voice you’re covered. We added our Nanoleaf Shapes to our Google Home setup, simply by assigning a name and room and allowing connection to the Nanoleaf app. Control extends from the basics like turning off and on – “Hey Google, turn on shapes” – through to brightness adjustment and even pattern selection.

With everything set up we found ourselves playing for ages with various designs, and when we let our nephew loose with it he was captivated for even longer than we were.

Shapes are by far the most future-proof release from Naoleaf thus far, with the new connectors made to support future products. As it stands, 21 panels can be powered by one power supply, however if you’re made of power points you can join up to 500 panels to one controller unit. As supplied you can only create flat designs, however bendable connector pins are available if you’re looking at going to town on multi-wall designs.

Ours is only a humble design, and scarcely a full-on demonstration of what the Nanoleaf Shapes are capable of creation-wise, but this is one of its beauties – you can go as big or small as you wish, and express your personality via anything from cutesy through to high-tech styles, or create schemes to complement your room’s decor. If you’re looking to have fun with your lighting options then Nanoleaf Shapes just may be what you’re after. 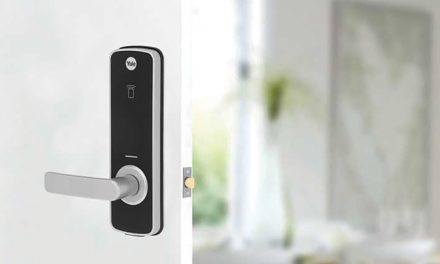 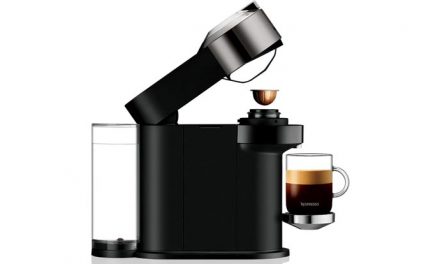 Playing with the Nespresso Vertuo Next Coffee Machine 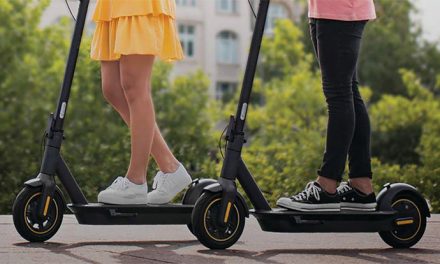 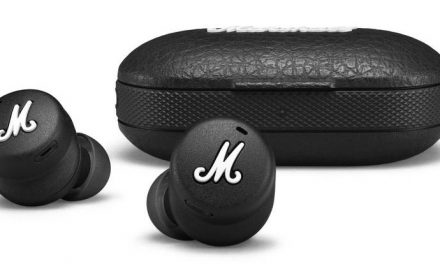