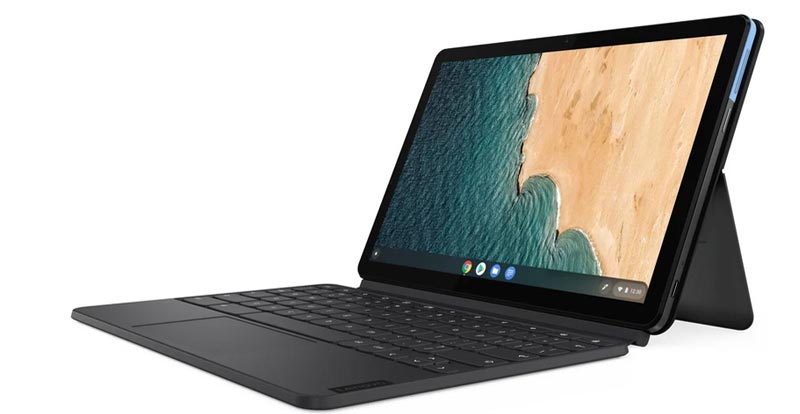 Back to School – Chromebooks open!

Let’s face facts. Laptops are pricey bits of kit, some of which can be cumbersome to lug around and expensive to replace or upgrade. This is why Chromebooks should be the first stop for a compact and affordable study companion.

Anyone familiar with a computer will be right at home with a Chromebook, and for kiddies learning their computing ropes for the first time, this is a great place to start. Now, Chromebooks open; let’s learn the essentials of Chromebook-ing.

Chrome notes
Chromebooks cover the range of laptop-like gizmos that run Chrome OS, which is based on the super-popular Chrome web browser, making it easy to pick up and use. Instead of installing and multitasking software as you would on a PC or Mac, a Chromebook lets you pop the lid and get going with the basics.

If you need to perform a specific task, hit up Google Chrome’s Web Store to nab an app to help you get the job done. You can use some 200 apps offline, which is handy for when a web connection isn’t so handy, but Chromebooks are built to shine online.

OS Compatibility While Chromebooks aren’t natively compatible with Windows or Mac computers, there’s overlap in the kind of apps and software you can use on all three. Google Drive, for instance, can be used to store documents on the Chromebook that are then accessible on a Windows PC or Mac computer via browser or software. There are workarounds to get Windows 10 apps running on Chromebooks, plus support for Linux software. But, ultimately, cloud storage tends to be the easiest link between Chromebooks and other operating systems.

No-nonsense computing
What makes Chromebooks more appealing for basic computing is speed and automation. They’re made to be intuitive to use out of the box, and they’re built to be and stay secure care of automated background updates. Unlike tablets, Chromebooks come with keyboards, though some work as 2-in-1s, meaning you can disconnect the keyboard to switch to the lighter, easier-viewing of tablet mode.

Chromebooks vs laptops Chromebooks are built for basic functionality, which keeps them laser focused on study or work, whereas laptops are more versatile thanks to dedicated software. Laptops tend to have more storage to accommodate those apps, with faster innards and prettier displays, but Chromebooks offer great value for money and power on incredibly fast.

Chromebooks include inbuilt Wi-Fi and Bluetooth for straightforward, wire-free connectivity, and touchscreens are the norm, even on budget-friendly models, to offer greater freedom of interaction and control. They’re great for students because they easily slip into a school bag without adding a lot of weight, they tend to have at least all-school-day battery life, and they’re ready to use in about the time it takes to crack open a notebook and prep a pen.

It’s easy to see why schools are endorsing Chromebooks, more so because they’re built with education tools in mind. Chromebooks allow students to learn from anywhere, while educators can manage devices from a central administration console (if they so choose), while updates every six weeks help keep the devices secure and up to date for greater peace of mind.

Chromebooks to Go
One of the best things about Chromebooks is they don’t need to break the bank. You can get started for under $500 with choices like the Lenovo Duet Chromebook ZA6F0017AU. This particular Chromebook comes with 128GB of speedy SSD storage for apps and files, 4GB of RAM to keep up with basic computing needs, and battery life of up to 10 hours. As a 2-in-1 device, the Full HD (1920×1080) touch display can easily detach to use as a 10.1-inch tablet, too.

Google-certified security Pretty much every Chromebook from the last couple of years comes with a Google-designed Titan C security chip. This hardware-driven security is built to secure devices, protect personal data, and maintain system integrity. Google provides rapid updates for discovered compromises, which is built to protect user passwords and other personal data, while simultaneously protecting against operating system and firmware tampering. This makes Chromebooks incredibly secure devices, without having to rely on user interaction.

Step the budget up a bit and you can take advantage of the extra speed in the Lenovo IdeaPad Flex 5 82B80006UX. This Chromebook has a speedier Intel Core i3 processor, 64GB of internal storage, and 4GB of RAM. 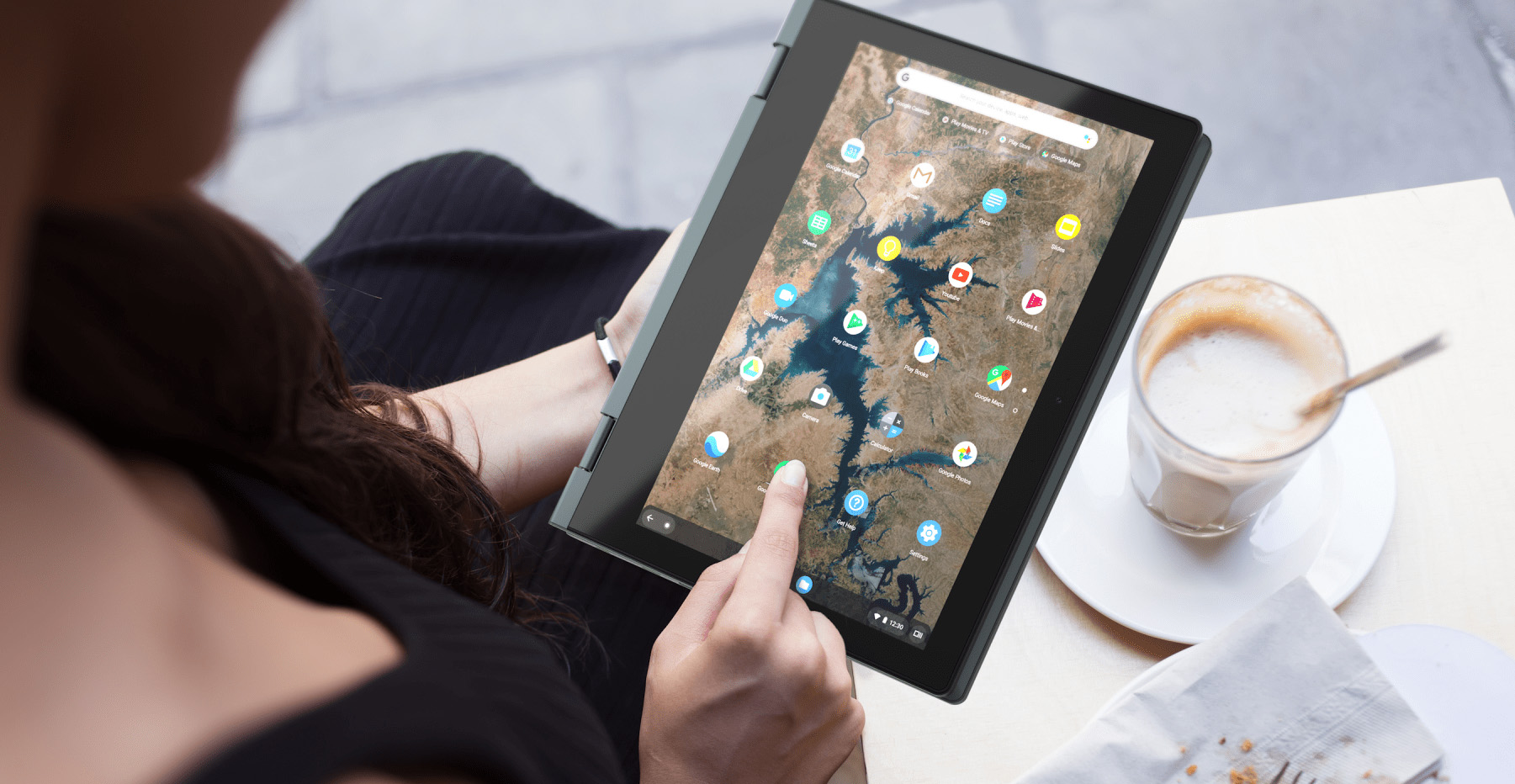 The 13.3-inch Full HD touch-screen display is attached to a backlit keyboard, for easier low-light computing. There’s also 10 hours of battery life, as well as multiple USB ports and a microSD card reader for connectivity versatility alongside Wi-Fi 6 for future-proofed wireless speeds.

The Memory Remains Having adequate system memory (or RAM) – not to be confused with internal storage – is important because it helps handle everyday computing tasks, and it also allows you to speedily switch between multiple tasks. For Chromebooks, 4GB of RAM is the right amount for basic computing. Chromebooks with bigger RAM numbers should feel snappier, particularly when it comes to multitasking.

If you fancy more battery life, the 14+ hours that comes with the HP 12b-CA0011TU X360 may be more your speed, more so with fast charging that offers 50 per cent battery in just 45 minutes. 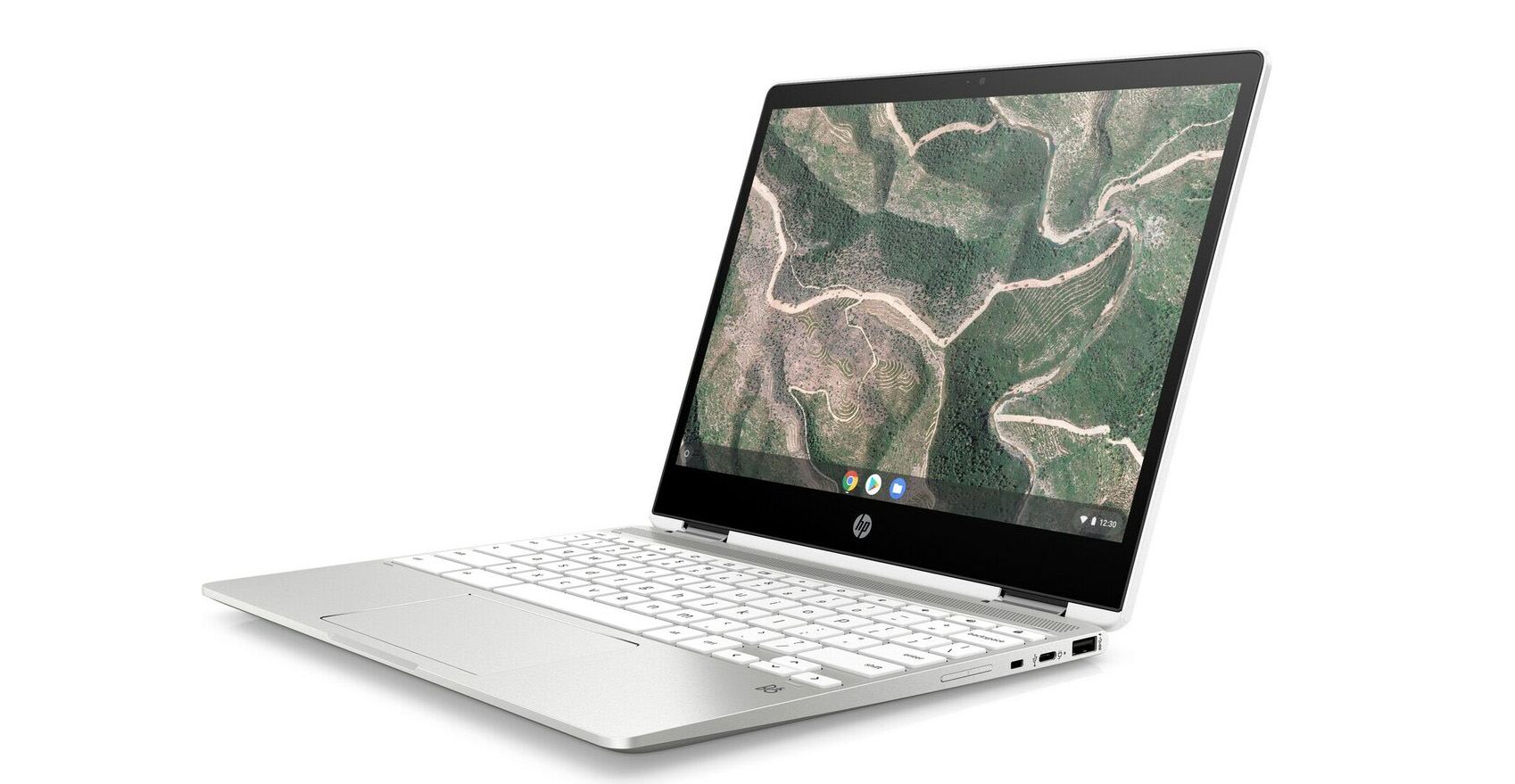 This Chromebook has a compact HD (1366×912) display, which you can rotate all the way around for an impromptu tablet. Pair it with a stylus pen for digital handwriting or art. It also boasts an Intel processor, 64GB of internal storage and the 8GB of RAM makes for speedy multitasking.

Chromebooks vs Tablets While the differences between versatile laptops and focused Chromebooks are more evident, the comparison between Chromebooks and tablets are a lot closer. They tend to operate on their own mobile-friendly operating systems. But while Chromebooks come with fixed or detachable keyboards, tablets need a separate purchase to offer that practical functionality.

Whether you opt for a budget-friendly model or a speedier pick, Chromebooks are compact and increasingly versatile devices that can help make a student’s life easier when it comes to hitting the digital books. 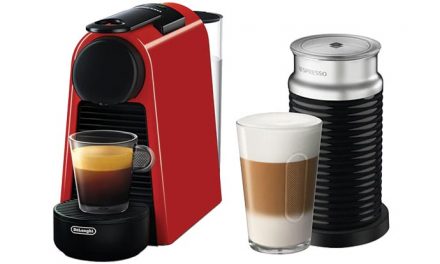 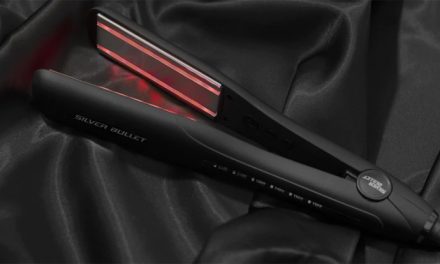 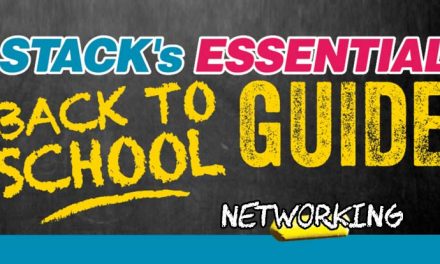 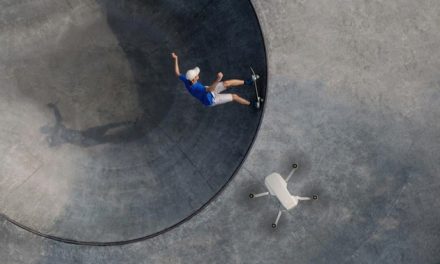 Drones – A fresh perspective on the great outdoors