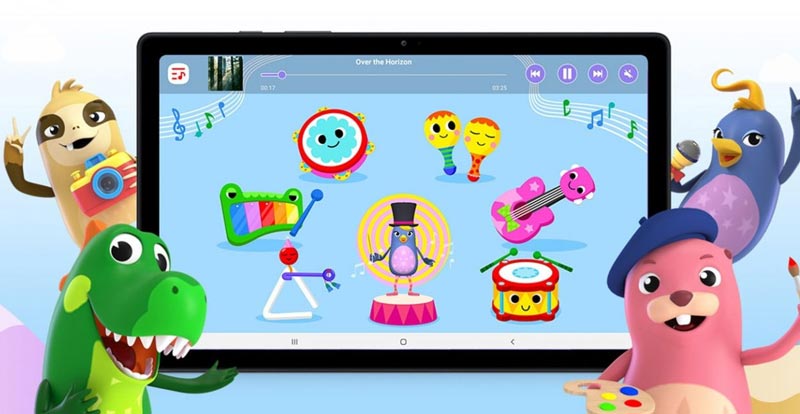 Back to School – let’s talk tablets

They may have started as entertainment devices, but tablets are now a great choice of lightweight study companion with plenty of battery life.

Tablets used to be a newfangled tech available at one price point: expensive. These days, there’s a budget range that means you can save bucks at a more attractive entry-level price point, spend a bit more for speedier innards, or go all out on a viable laptop/Chromebook replacement.

We put a magnifying glass on the essentials of what makes a great tablet pick for students.

Tabulating tablets
At the heart of every tablet is the screen, which is why you want to pick one that has at least 10 inches of screen real estate for a great mix of portability and practicality (read: visibility without squinting or an overreliance on zooming). Wi-Fi and Bluetooth are the first two must-haves of a tablet that let a student get online and connect external devices like headphones or keyboards to boost productivity.

Tablets vs 2-in-1 laptops Outside of the Windows operating system on laptops vs the Android or iOS operating systems on tablets, tablets are similar to 2-in-1 laptops that fold into a tablet mode. These kinds of laptops tend to be more powerful, but they’re also bulkier, and have lower-resolution screens unless you’re going for top-end models. Battery life also tends to be better in tablets, but cloud-sharing software means you can start working with a file on a tablet, then access it from a PC if you need to use a machine with more grunt.

Speaking of keyboards, it’s absolutely worth pairing a study tablet with a compatible cover that includes a keyboard on the front flap. These keyboards tend to have soft keys to protect the screen, can be folded behind the tablet to use it in tablet mode, but also allow the tablet to sit on an angle so they look like miniature ready-to-use laptops.
Tablets are designed around touchscreen interactivity, which means they’re great for reading research, watching videos, and students can use a virtual pop-up keyboard to type in a pinch or if they don’t want to use a keyboard case. Ultimately, a touchscreen provides versatility, with touch interaction that recognises simple one-touch commands or multi-touch input for easy zooming and other extended functionality.

Budget tabs
The Lenovo Tab M10 is proof that you don’t need to spend a lot to get a bunch. A smidge more than a couple of hundred bucks gets you a 10.1-inch HD IPS display (1200×800), which comes with 32GB of storage. There’s versatility, too, care of a Micro SDXC card reader for transferring files between devices, or you can do that wirelessly via dual-band 2.4GHz/5GHz Wi-Fi. A Dolby Audio speaker offers great sound for YouTube ‘research’ or study tunes, while there are respectable innards with 2GB of RAM and a quad-core CPU. The 4850mAh battery also offers decent longevity, too. 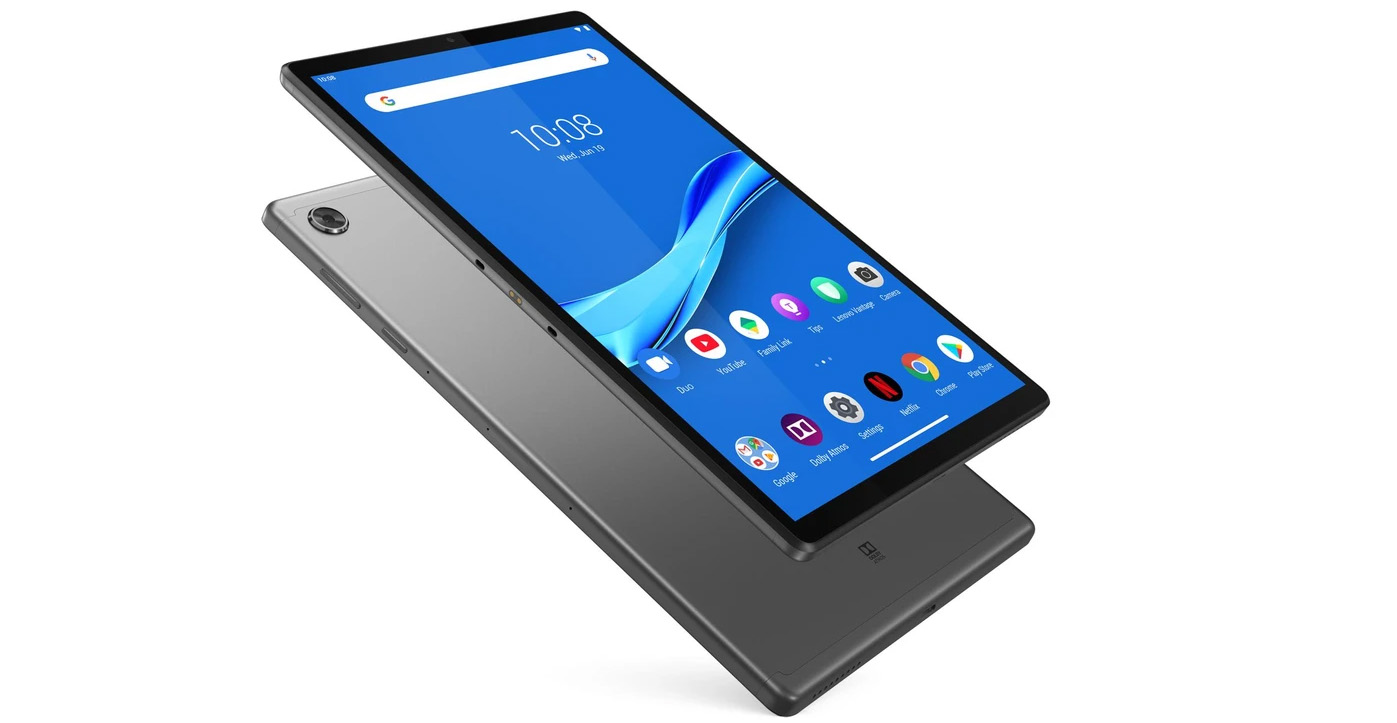 For around $100 more, you can upgrade to the Lenovo M10 Tab Plus. That name may sound mostly the same, but the “Plus” part adds a larger and higher-res 10.3-inch, Full HD (1980×1080) display. It also doubles down on some of the other key features: octa-core CPU for faster processing, 64GB of internal storage for more space, 4GB of RAM for faster multitasking, and dual Dolby Atmos speakers. The full metal body adds to the overall durability without being cumbersome, and there’s a 5000mAh battery for improved longevity.

Around the same price point, you’ll also find the Samsung Galaxy Tab A7. This budget-friendly tablet has a great WUXGA+ (2000×1200) resolution as part of a spacious 10.4-inch screen. That great-looking display is paired with quad-speaker Dolby Atmos surround sound, and with up to 13 hours of battery life, this tablet is a viable all-day school companion. The innards are built to keep up, too: 4GB of RAM, an octa-core CPU, and 64GB of storage that’s easily expandable by up to 128GB via the microSD port.

Mid-range tabs
Stepping closer to mid-range tablet pricing, you’ll find the eighth-gen Apple iPad 32GB Wi-Fi. The first thing to pay attention to is the 10.2-inch Retina display screen with its impressive 2160×1620 resolution. It’s more than just good looks, with an A12 Bionic chip inside that’s built to handle a mix of essential and demanding apps, with up to 10 hours of battery life. This iPad is built to combo with the first-gen Apple Pencil for the digital handwriters and visual artists, and the Apple Smart Keyboard for iPad, for an upgrade to the all-important practicality side of things.

Speaking of digital pens, up the budget a little bit more and you can tap into the lightweight but durable Samsung Galaxy Tab S6 Lite Wi-Fi 64GB, which includes an S Pen for digital handwriting and drawing. 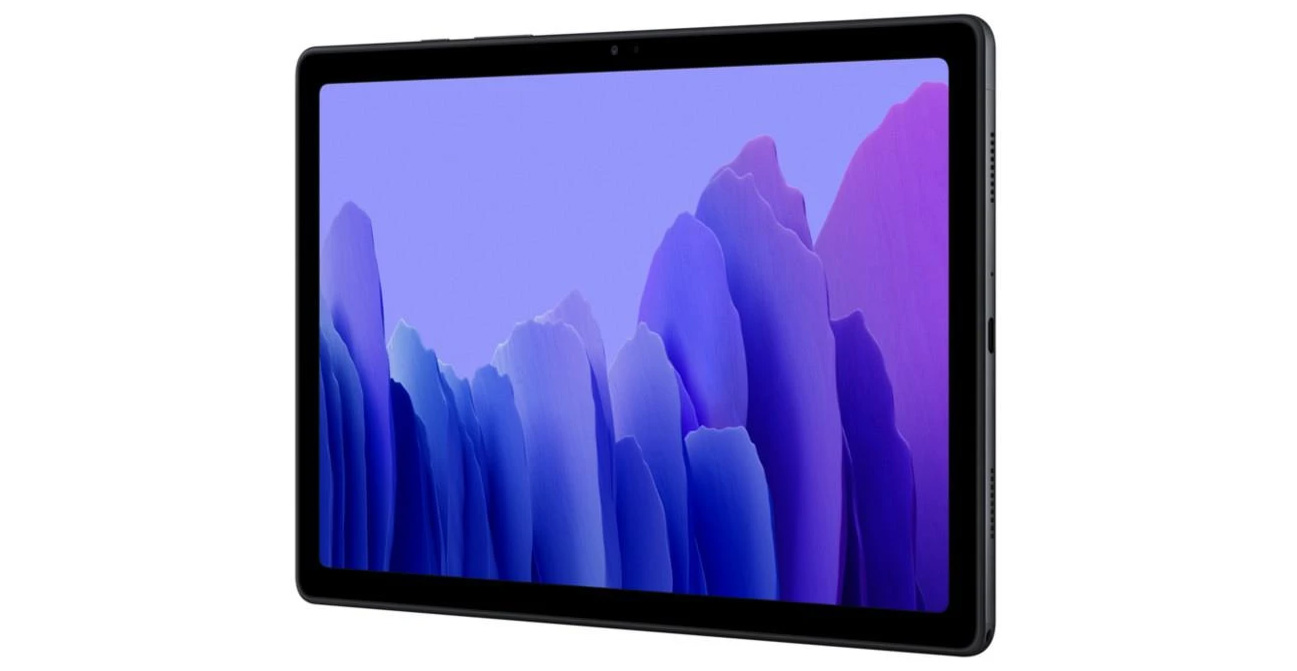 The 10.4-inch Full HD (1200×2000) display offers plenty of screen real estate, and Dark Mode saves battery while making night-time study easier on the eyes. Speaking of battery life, there’s around 11 hours of charge here, which is plenty, plus the combination of octa-core CPU and 4GB of RAM can keep up with a pupil’s multitasking needs.

Top tabs
If you want a fully functioning and future-proofed tablet (with Wi-Fi 6), check out the Samsung Galaxy Tab S7 11-inch Wi-Fi 128GB model. With 15 hours of battery life, a super-responsive and improved S Pen, and a gorgeous 11-inch WQXGA (2560×1600) screen, the Galaxy Tab S7 is a high-end study tool. That screen has a 120Hz refresh rate, too, so it’s even easier on the eyes, plus there’s a high-end Snapdragon 865 Plus CPU and 6GB of RAM for extra speediness. There’s also 128GB of inbuilt storage (expandable by up to 1TB via microSD), and this is a Samsung DeX-compatible device, which lets you combo the tablet with a Samsung Galaxy Tab S7 Book Cover Keyboard for a PC-like interface and performance. 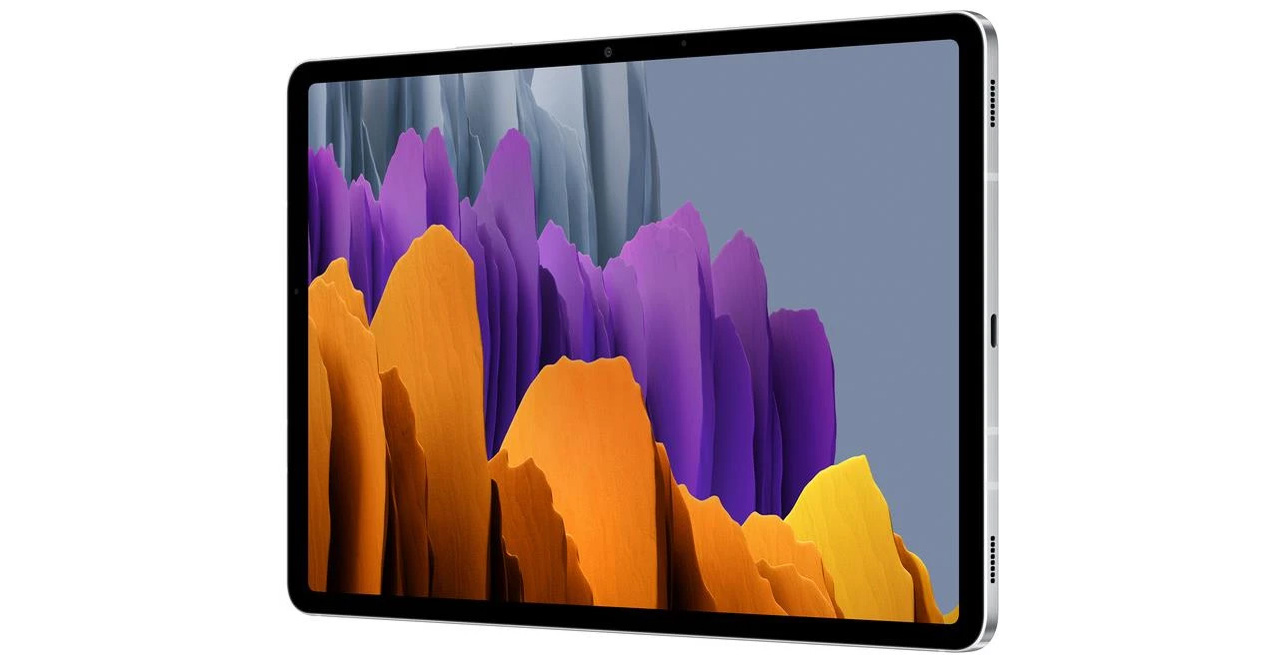 Speaking of a PC interface, you can lower the budget and opt for the Microsoft Surface Go 2 128GB Wi-Fi. This Chromebook is built to keep up with school needs, with up to 10 hours of battery life. The Full HD 10.5-inch touchscreen is great to look at, and it’s lightweight at 544 grams and only a bit more when you pair it with the LED-backlit Microsoft Go Type Cover. The 128GB SSD and 8GB RAM means plenty of storage and multitasking potential, plus it operates on a streamlined Windows 10 in S mode for extra security and additional performance. 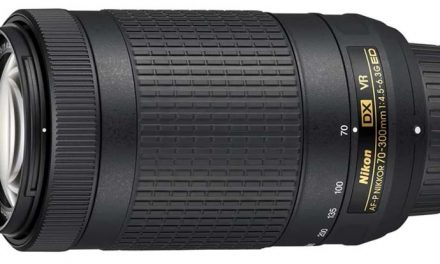 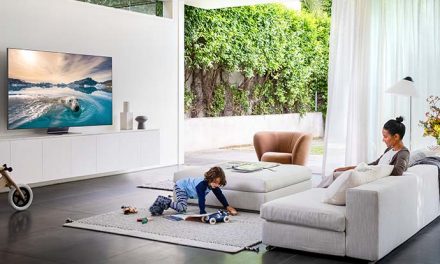 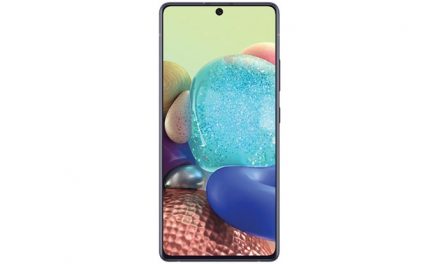 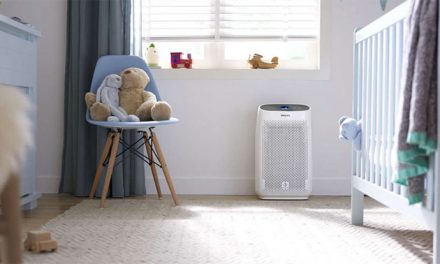