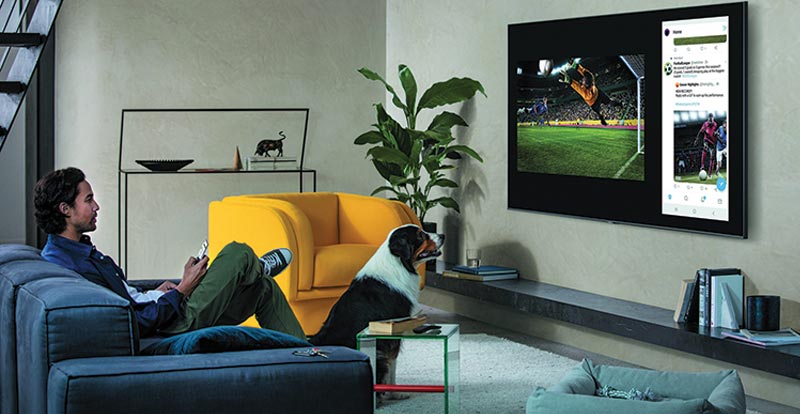 Savour every triumph. Share in every moment of drama. As a gateway to sports, a well considered TV will bring you years of memories to treasure. 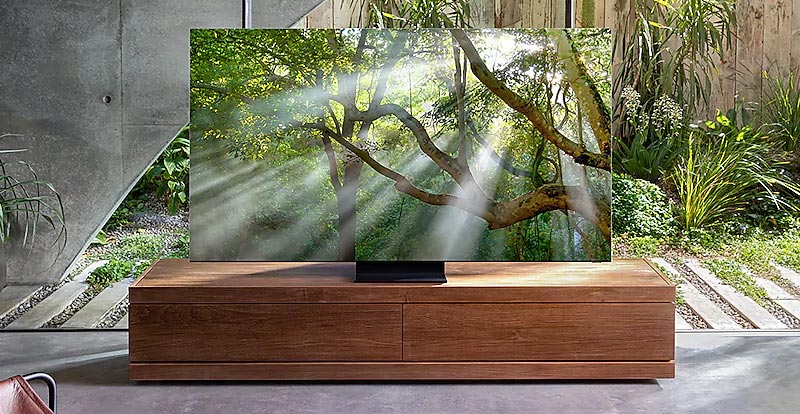 UHD 4K LED Smart TV, available in 43”/50”/55”/65”/75”/82”
Ease of use, and breadth of use cases, is what defines the TU8000 series. It’s a Smart TV that serves as a portal to all major streaming services, and you can access these services, or control the TV, via voice control with Bixby, Alexa or Google Assistant. Upscaling ensures that your DVD and Blu-ray library won’t get left behind either.

UHD 4K LED Smart TV, available in 55”/65”/75”/85”
The next step up in Samsung’s 4K range is their QLED TVs, boasting their Quantum Dot technology that works in tandem with the Quantum Processor 4K picture engine for superior image quality over their base 4K models. And to ensure you can keep up with all your sports when the action heats up, the Q70T can process Motion Rate smoothly. An Intelligent Mode takes in ambient lighting as well as the game you’re watching to deliver the best experience.

UHD 4K LED Smart TV, available in 55”/65”/75”
Stepping up from Samsung’s Q70T, the Q95T brings a greater level of contrast thanks to its Direct Full Array backlight. It also has Object Tracking Sound, which is a groundbreaking system of audio realism achieved by tracking onscreen movement. Crucial for sports, the Q95T has Anti-Glare as well as Wide Viewing Angle technology built in, so the whole family can enjoy a major sporting event, day or night.

8K LED Smart TV, available in 65”/75”/85”
Though native 8K content is limited, the Q950T is an invitation to rediscover your favourite movies and sporting replays via an unprecedented depth in resolution and colour. Its 8K AI Upscaling system can bring fine detail where none was visible before. And an uncompromising Direct Full Array Elite dimming system ensures best possible contrast.
The Q950T Motion Rate technology reduces blur and ghosting when the action speeds up. Together with Anti-Glare Technology and a Wide Viewing Angle, it offers one of the best screen options for sports. Enjoy the game on an Infinity Display, with a bezel so thin that the picture virtually hits the very edge of the screen. 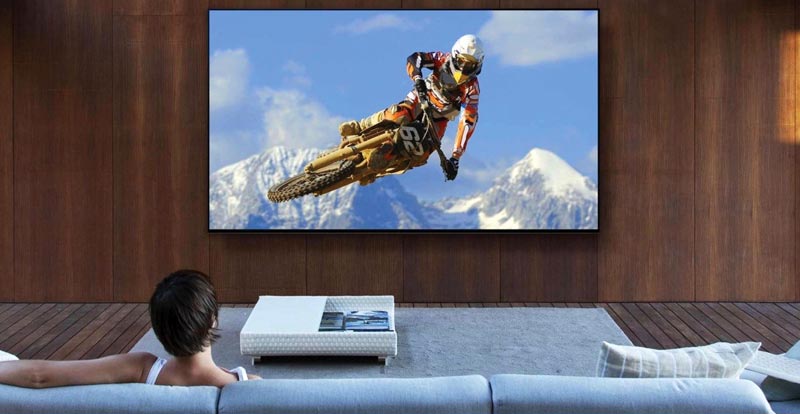 4K LED Smart TV, available in 43”/49”/55”/65”
Vibrancy of primary colours is the hallmark of the Sony Triluminos Display. For upscaling it’s overlaid on the 4K X-Reality PRO, an innovative technology that references a database based on Sony’s experience filming blockbuster movies and TV. The result is a sharper, incredibly lifelike viewing experience. Their MotionFlow enhancer delivers a rate of 100Hz. Sony also offers its S-Force Front Surround for sound immersion, using only the left and right speaker channels.

4K LED Smart TV, available in 55”/65”/75”
With Android TV OS baked in, the X9500H gives you Chromecast, Google Assistant, Alexa, access to streaming apps and more. You also get Dolby Atmos for deep sound immersion. This series also has Full Array LED backlighting, so you get fine dimming and brightening control across discrete zones on the display, for outstanding contrast. The X9500H boasts Sony’s X1 Ultimate, their most sophisticated picture processor yet, as used in their higher end 8K models. Together with the X-Motion Clarity enhanced refresh rate, the X9500H series is a stunning showcase for any sporting spectacle. Innovation has carried over to sound as well, with a uniquely shaped X-Balanced Speaker that will bring the roar of the stadium into your living room.

4K OLED Smart TV, available in 55”/65”/77”
The high impact contrast of OLED bundled with Sony’s proprietary technology makes a top end display well worth considering. The X1 Extreme processor controls over 8 million self-illuminating pixels, and delivers an enhanced refresh rate. The A8G will put you in a better position to judge a close goal than the AFL’s score review system. As with the Sony X9500H series, the Sony A8G series confers all the benefits of an Android-based interface.

8K LED Smart TV, available in 75”/85”
Like the aforementioned Sony X9500H (4K), the Z8H is also powered by Sony’s latest image processor, the X1 Ultimate, to seamlessly upscale 2K or Full HD into glorious 8K. No mean feat considering 8K is four times the resolution of 4K. Its X-Motion Clarity engine will deliver optimal enhanced refresh rate automatically. The impressive tech combo of the Z8H made it a CES Editors’ Choice. It will be hard to find a more enveloping sports viewing experience. And for gamers, it’s also PlayStation 5 ready, with HDMI input for 120 frames per second action. 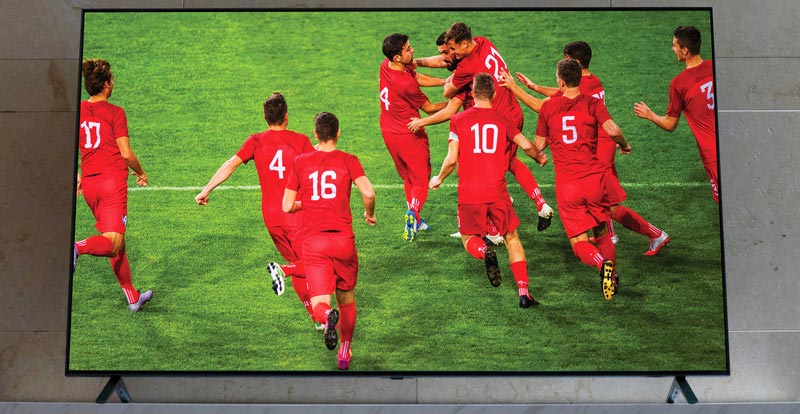 UHD 4K LED Smart TV, available in 43”/50”/55”/65”
LG’s entry level 4K has the Quad Core Processor for upscaling of Full HD content with minimal noise and optimum clarity. The UN7300 TVs can function as a central hub for streaming services. There’s also Freeview Plus with 7-day Electronic Program Guide and Catch Up TV. The ThinQ AI interface adds Google Assistant and Amazon Alexa for further convenience. And if you enjoy a pure cinematic experience, Filmmaker Mode disables motion smoothing so you get a picture as close as possible to what the director intended.

4K LED Smart TV, available in 65”/75”/86”
Bring in the nanoparticles! This range of LG TVs utilise super fine cell technology for light filtration, resulting in greater purity, particularly in the red and green spectrum. The result is colour fidelity even at wide viewing angles and on larger screens, something to truly appreciate on the 86” NANO91. You also get superior video and sound processing, thanks to the higher end α7 Gen 3 4K processor. Full Array Dimming ups the contrast ratio, and with LG’s Tru Motion you’ll be able to count the blades of grass on the cricket ground. Noteworthy, too, if you love cricket, the LG Nano91 has a dedicated Cricket picture mode. There’s also support for Dolby Vision and Dolby Atmos, and with Filmmaker Mode, the NANO91 series makes for an epic movie night.

4K OLED Smart TV, available in 55”/65”
The LG BX shares many of the same consumer facing feature set as the NANO091 series, such as streaming hub, ThinQ AI, Filmmaker Mode and the very handy Sports Alert, delivering key moments from the Premier League, NBA and NFL. Internally, it also shares the α7 Gen 3 4K processor. There’s no nanoparticle filter required, however. The LG BX OLED consists of 8 million self-lighting pixels for contrast, colours and detail that are simply unmatched on any other type of 4K system.

8K LED Smart TV, available in 65”/75”
This 8K TV series utilises the same nanoparticle filter as the LG NANO91. Except in this case, it’s used to define and enhance up to 33 million pixels. It also incorporates LG’s latest and most powerful picture and sound processor, the α9 Gen 3 4K. This deep learning empowered engine can upscale your whole movie collection, even from DVD. And together with Dolby Vision and Dolby Atmos compatibility, revisiting your old favourites will be like watching them anew. 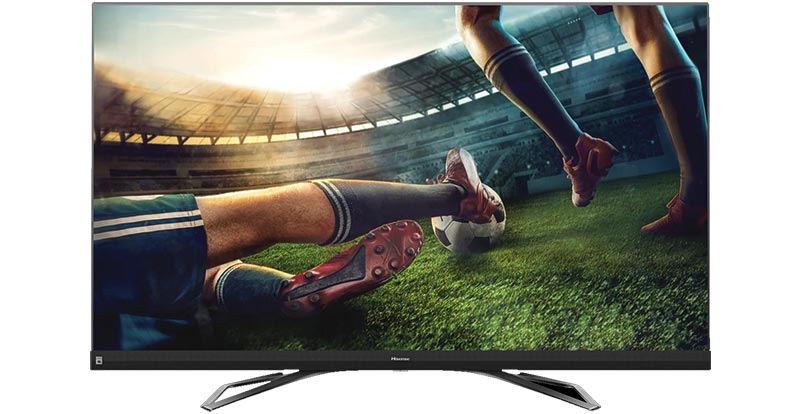 4K LED Smart TV, available in 43”/50”/55”/65”.
Built in Alexa and Google Assistant via the Voice Control Technology makes this a fuss-free step up into 4K. You also get Game and Sports Mode.

UHD 4K Smart TV. Availability TBC
Years of research has resulted in a brand new LED display system from Hisense. A patented Dual Cell technology is set to challenge the image quality previously achievable only on OLED. Unlike traditional LED, the Dual Cell system incorporates two precision bonded LCD panels, achieving a precise control for superior brightness, blacks and colours. The Dual Cell goes with their patented Hi-View Engine image processing system for a range of viewing demands including Depth Enchancer, Game Mode and Sports Mode. Make sure you check out this groundbreaking display in action at your nearest JB Hi-Fi store. 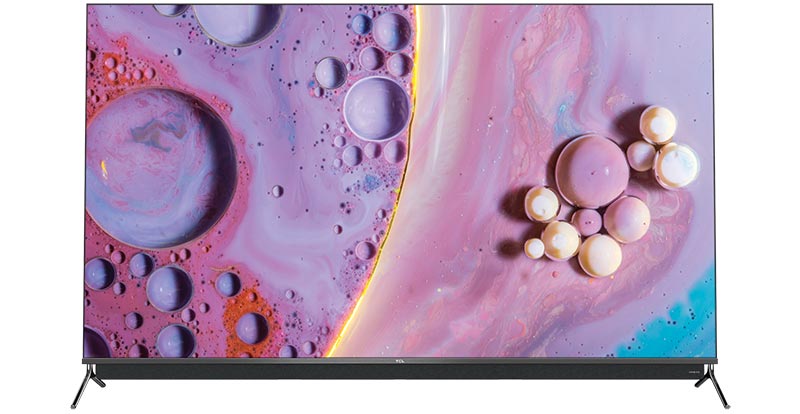 UHD 4K LED Smart TV, available in 43”/50”/55”/65”/75”
For bang for buck, make sure you consider the P715 range from TCL. It has the latest Android TV OS embedded, with auto update, and you get voice control with Google Assistant. TCL also employ proprietary technology with Dynamic Colour Enhancement, 4K Upscaling and Atmospheric Micro Dimming, for optimal viewing regardless of source and ambient conditions.

UHD 4K LED Smart TV, available in 50”/55”/65”/75”
TCL TVs offer an impressive feature set for the price point. For sports viewing, the C715 has a Clear Motion Rate for reduced blur during the most hectic of action. The C715 also has its own Quantum Dot technology for enhanced colours and details. It also includes Dolby Vision, plus Dolby Atmos and DTS for immersive cinematic sound. You also get Google Assistant, Alexa voice control and Chromecast, thanks to its Android OS integration.

4K LED Smart TV, available in 55”/65”/75”
The C815 shares many of the features of the C715. However, the C815 has twice the native refresh rate of the C715. Employing TCL’s technology, the C815 achieves an enhanced 400 Clear Motion Rate. So if you like the value proposition of a TCL TV, and you’re serious about sports, this big screen model is the one to consider. 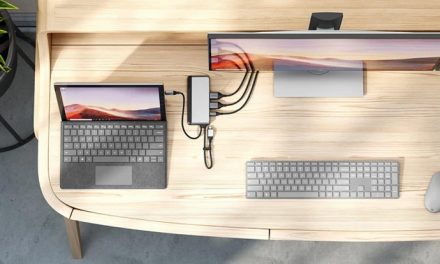 Back to School – the simple bare accessories 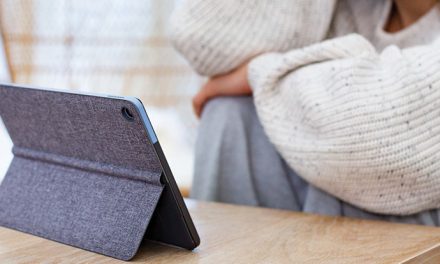 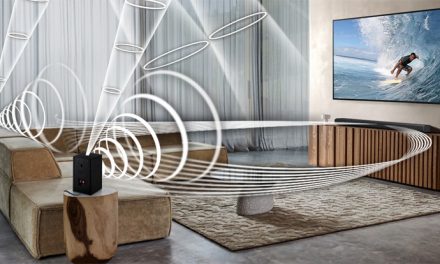 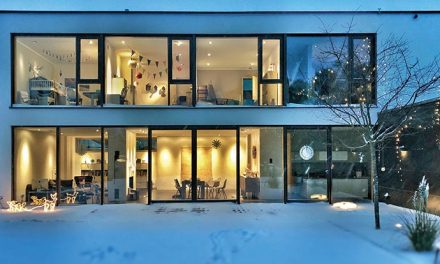