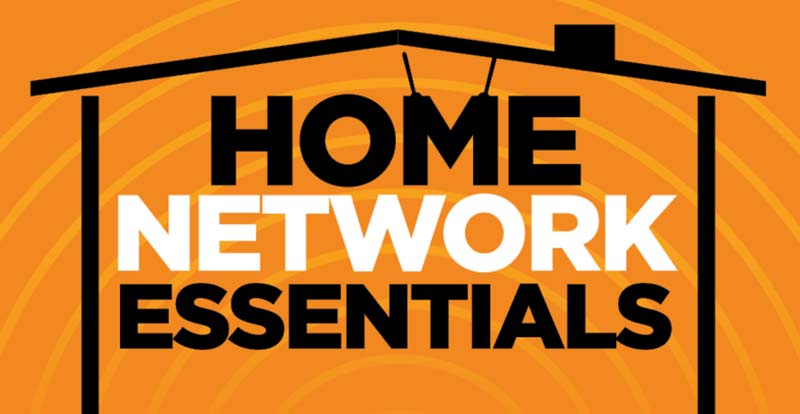 With Wi-Fi 6 out in the wild, it’s a good time to take a closer look at the new wireless tech, the essentials of home networking, and some gear recommendations to keep you connected.

It’s time to rejoice, wire-cutting Wi-Fi lovers! The wizards behind Wi-Fi naming conventions have at long last shunned the alphabet-soup-entrée, word-salad-main-course letter generations and opted for lay-friendly numbers. The latest generation of Wi-Fi is simply called Wi-Fi 6. Phew. (If you do prefer looking for letters, you’re after Wi-Fi 802.11ax.)

And kind of like the maximum points you can earn off a flashy cricket stroke, Wi-Fi 6 is poised to be an absolute crowd-pleaser and top-tier entertainer.

The goal of earlier iterations of Wi-Fi was simple: ditch networking cables in favour of wireless simplicity. But the reason wired connections (Ethernet) still exist today is because they’re faster and more reliable. As Wi-Fi has evolved, it’s edged closer and closer to Ethernet in terms of speed and reliability, with Wi-Fi 6 at the top of the pile.

Wi-Fi 6 has improved wireless connectivity across the board. Naturally, it’s faster than earlier iterations. It’s also built to handle big data, which makes it a great choice for around-the-home streaming of 4K or even 8K video. Wi-Fi 6 can handle up to 12 streams simultaneously to appease the busiest of homes. It’s also more power-efficient, which means longer battery life for Wi-Fi 6 devices.

There are two core ingredients to a delicious high-speed Wi-Fi 6 cocktail. First, you need a Wi-Fi 6-compatible router like the Netgear AX4. The next key component is one or more devices, like the just-launched Samsung Galaxy S20, which are compatible with Wi-Fi 6 and can support all of the newfangled wireless perks.

The great news is that Wi-Fi 6 plays nice with older devices. Backwards compatibility means that your older Wi-Fi devices will work with a Wi-Fi 6 router. And Wi-Fi 6 devices will, thankfully, still connect to routers that aren’t yet up to Wi-Fi 6 speeds, which is handy for when you’re out and about.

For those venturing into the near limitless tech depths of the Internet of Things (IoT), Wi-Fi 6 is your new tech bestie. Unlike older Wi-Fi standards, Wi-Fi 6 is built with this new IoT push in mind, which means there’s a futureproofed focus for all those bits and bobs around the home that already have baked-in Wi-Fi support (or soon will).

Under the right conditions, Wi-Fi 6 is between four times or up to 10 times faster than older Wi-Fi standards. This means it’s a great choice for large local file transfers or video streaming from a media server. Internet speeds tap out at around 100Mbps currently, which means you shouldn’t expect a significantly noticeable boost in video streaming online.

Wi-Fi 6 is also built with low-latency applications in mind. This is great news for gamers, particularly those interested in virtual reality or augmented reality, as Wi-Fi 6 is expected to lead to viable streaming of data-intensive gaming content. Granted, it’s not quite there yet, but keep an eye out for it in the not-so-distant future.

The term ‘smart home’ may feel like something out of a sci-fi series, but more and more devices around the home are getting smarter. Lightbulbs, alarms and monitoring systems, home appliances, remote controls and speakers are all smartening up these days. The more connected your home becomes, the more reliant its smooth operation is on a robust network setup. 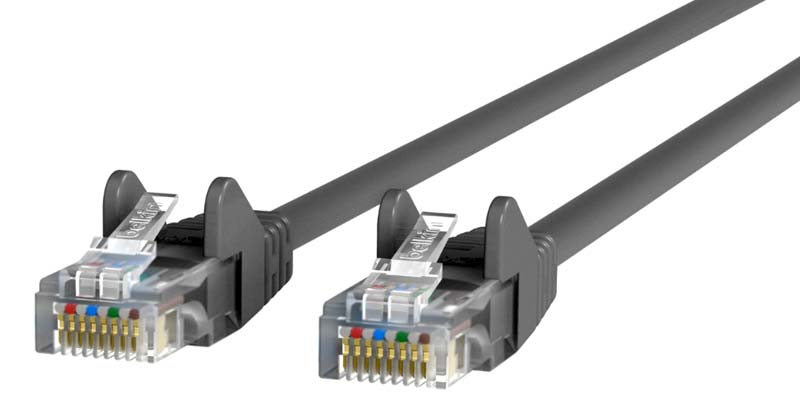 While the not-so-humble TV has deservedly regained its crown as the hub of the home, the chances are its capacity to entertain is hugely dependent on the configuration of your home network. That said, these days the TV isn’t the only screen we rely on for entertainment. More connected devices means more demand on your router, and with only finite Internet capacity to contend with, getting your home network in order gives you the best chance of smooth sailing.

First things first, get that router in a central position. If you can, position it as high as you can. This might mean investing in an Ethernet cable, but something like a Belkin Cat-5e Snagless Ethernet Cable can help connect router to modem, or networking device to stationary connected gadgets.

Modem/routers used to be all the rage. These days, some Internet service providers (ISPs) are erring towards a separation of the gadget that’s essential for Internet (modem) and the gizmo that connects in-the-home devices to each other and the Internet (router). You don’t have to stick with what your ISP may bundle with your connection, but it’s best to check with your ISP to ensure a potential upgraded modem, router or modem/router is compatible and supported.

Modem/routers do help simplify network connections by juggling two core roles. That said, being a Jack of two trades makes it a focused master of neither. A standalone modem does a really good job of controlling the Internet side of things. And a separate router keeps networking resources laser focused on the job of handling local network tasks. The downside is two powered devices means a higher power bill, and if things go wrong, there are two main items to troubleshoot instead of one. 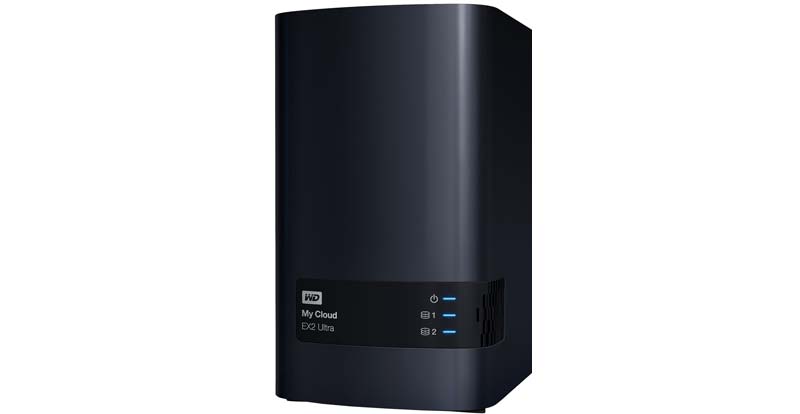 If the prospect of divvying network tasks across two devices isn’t intimidating, consider tossing in a third. With a networking switch, even more networking resources can be freed up across devices. A modem handles the Internet. A router directs wireless traffic. And the switch exclusively takes care of wired Ethernet traffic. Despite the potential trip hazard, wired is preferable over wireless for devices that regularly transmit or stream lots of data. This includes backup or media devices like the WD My Cloud EX2 Ultra 2-Bay NAS as well as gaming devices like the Xbox One X or the MSI Trident X.

While your home network may be capable of many gigabits-per-second of shared capacity and data transfers, any online entertainment will be restricted by the maximum speed of your home Internet connection. The now standard NBN50 speed tier has up to 50Mbps of download capacity and 20Mbps of upload, which may not be sufficient for the ’net needs of a larger home. These homes should opt for an NBN100 connection, which has up to 100Mbps download and 40Mbps upload speeds.

The right networking equipment and configuration gives your home the best chance of being seamlessly entertained. Without it, wireless gear may drop out or take ages to load and even Ethernet-connected devices can be slowed to a crawl. The goal is to spend less time looking at a buffering circle and more time being entertained.

Networking on the go 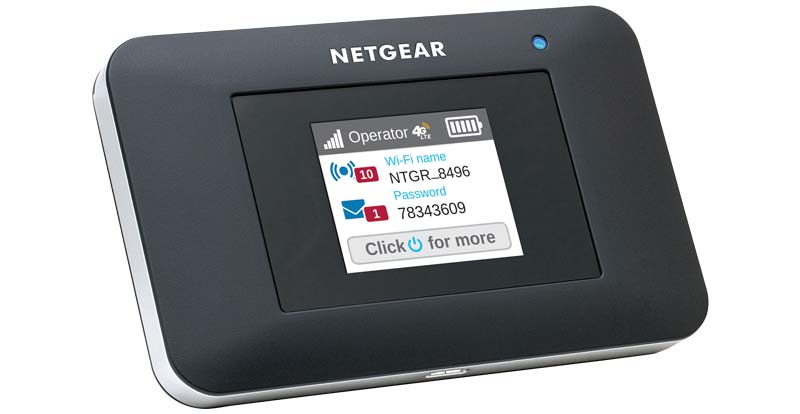 For a fully featured mobile network alternative that’s still plug-and-play to connect to the Internet, have a gander at the Netgear Aircard 797 Mobile Hotspot. It offers mobile Wi-Fi speeds atop a long-lasting battery (up to 11 hours), inbuilt security, and it’s built for use in Australia and abroad. 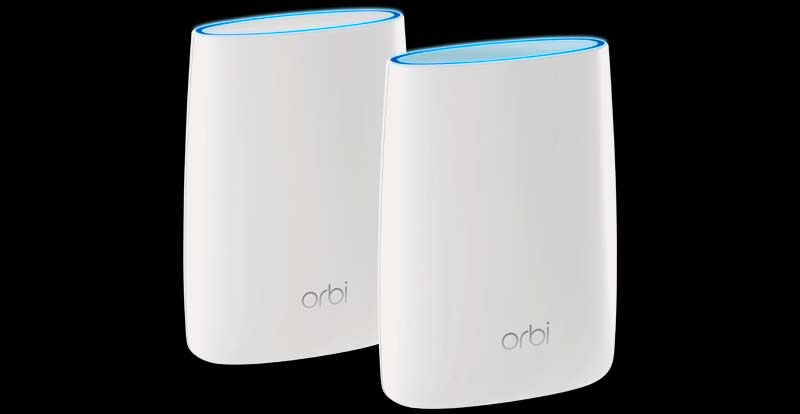 Mesh networks are built for larger homes. The bigger the home, the greater the area your network needs to cover. The Netgear Orbi RBK50 is built for high-speed, huge home coverage (up to 464 square metres). Use it for 4K streaming and gaming across multiple devices and tap into the intuitive parental controls. 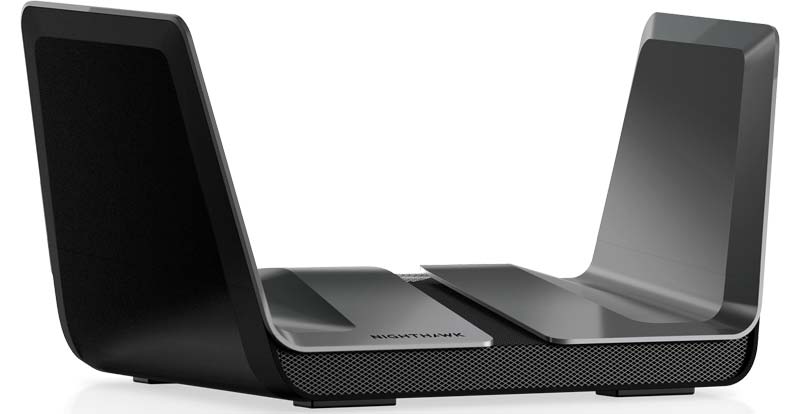 This Wi-Fi 6 router offers speed aplenty for juggling the HD and UHD streaming needs of your home with responsive gaming. Stream to four devices simultaneously or take advantage of the option to juggle up to eight wireless devices at once for seamless networking. 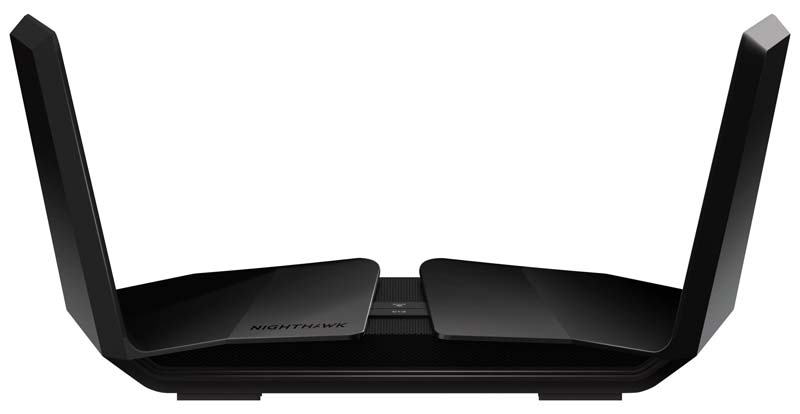 The AX12 router is built for homes that want a single high-speed router. The sci-fi side wings hold eight antennas for great indoor and outdoor Wi-Fi signal. Use this signal for 4K streaming and reliable online gaming powered by Wi-Fi 6, or multi-gigabit speeds via Ethernet. 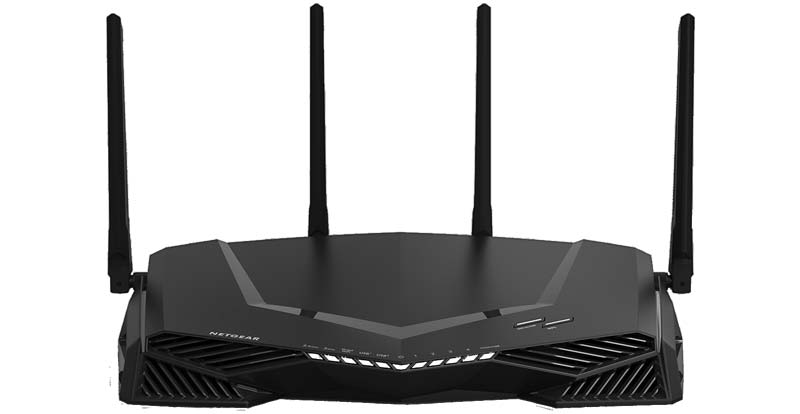 This one’s for the gaming homes. Still, the speedy Wi-Fi, multiple-device streaming efficiencies, and grunt beneath the hood will also benefit non-gamers. But the gamers will love the gigabit Ethernet, control over game servers for online matchmaking, and an easy-to-use dashboard for fast prioritisation of gaming devices. 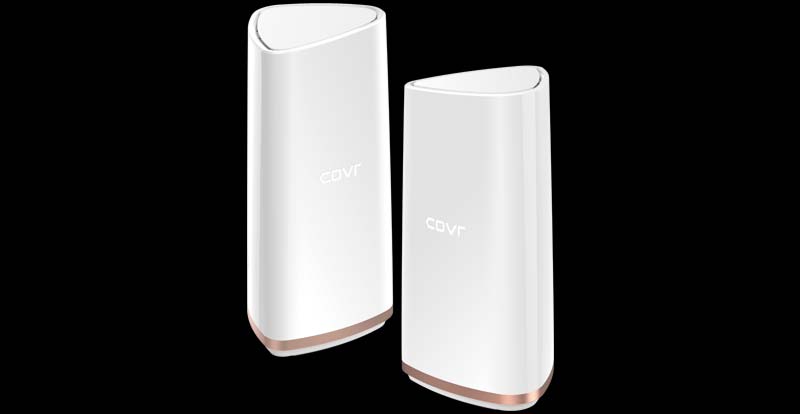 This two-device mesh network offers impressive home coverage of up to 560 square metres. The COVR-2202 is a cinch to set up, designed to automatically switch to the strongest signal as you move about, and built to reliably support multiple bandwidth-demanding wireless devices. 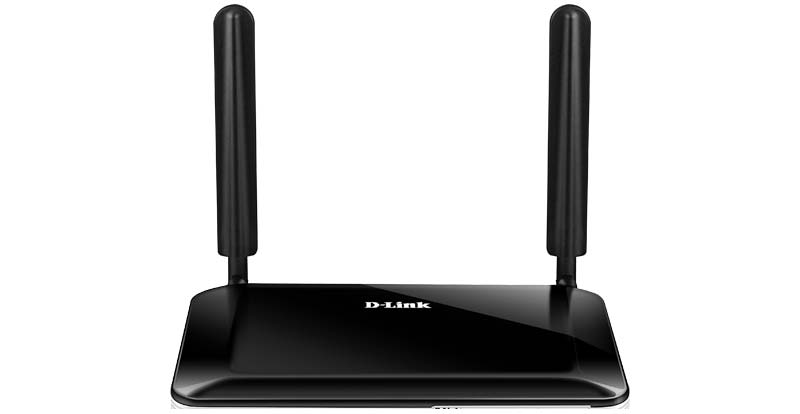 Great for an apartment or smaller home, the DWR-921 is built to treat mobile broadband as a home network connection. Follow the user-friendly setup wizard to get connected in no time, as the DWR-921 automatically configures your connection based on the SIM card of your mobile Internet provider. 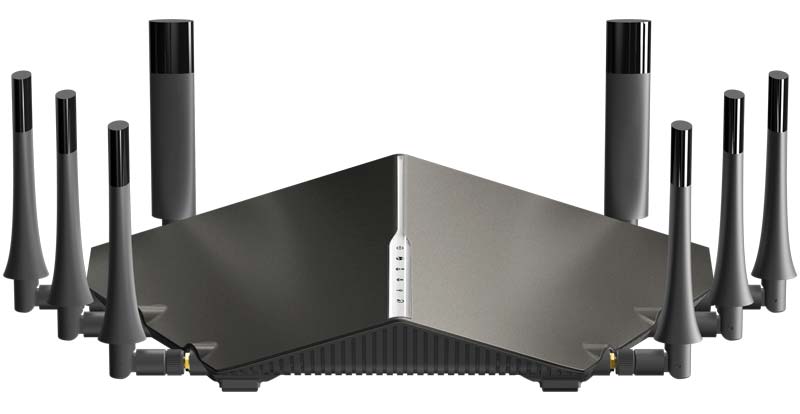 The D-Link Taipan and Cobra are both VDSL2 modem/routers, but the DSL-5300 has capacity for networking speeds up to 5300Mbps. Combo that with eight antennas for even farther-reaching Wi-Fi, and this modem/router has the right kind of networking bite. 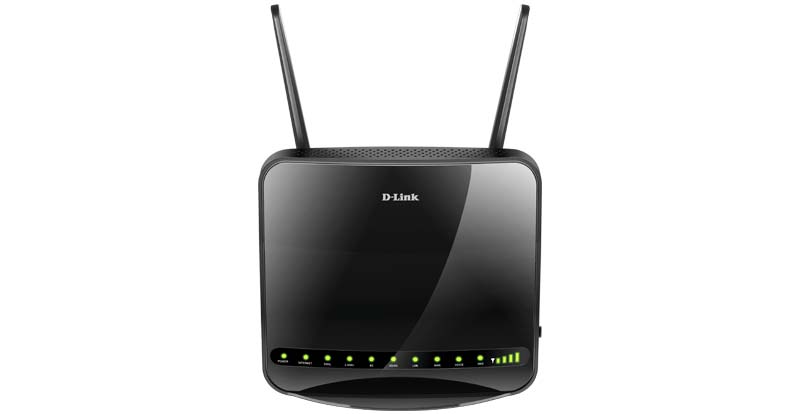 This is a more powerful alternative for sharing mobile Internet in the home at up to 4G speeds. The perks of the DWR-921 are bolstered by dual-band AC1200 Wi-Fi for speedy and reliable in-home connectivity. Use the DWR-956 as a primary or backup Internet connection. 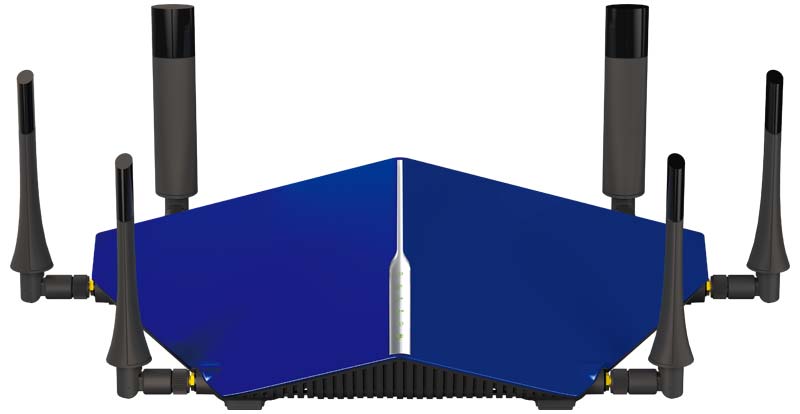 Certain NBN connection technologies require VDSL2 modems to get you online. The D-Link Taipan DSL-4230L is a modem/router combo built with this type of broadband in mind (check with your ISP). The six antennas pump out wide-reaching Wi-Fi, while smart inbuilt features prioritise traffic based on per-device needs. 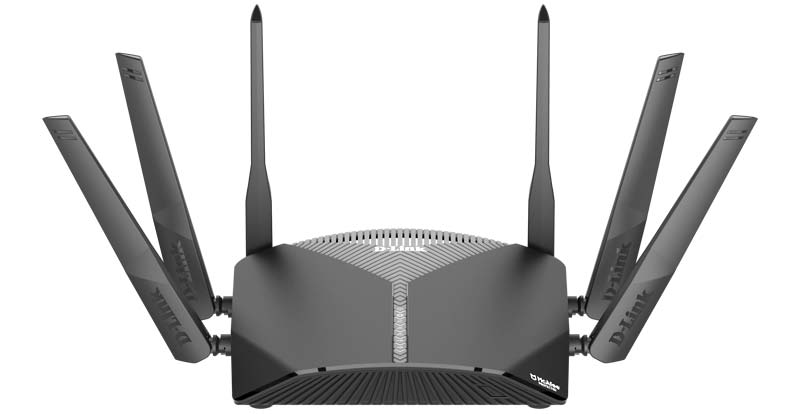 Built for medium-to-large homes, the DIR-3060 is a mesh network router that’s designed to intelligently link with compatible D-Link networking devices to boost your network’s reach. It also comes with McAfee protection for greater security and can be conveniently controlled with voice controls via Google Assistant or Alexa. 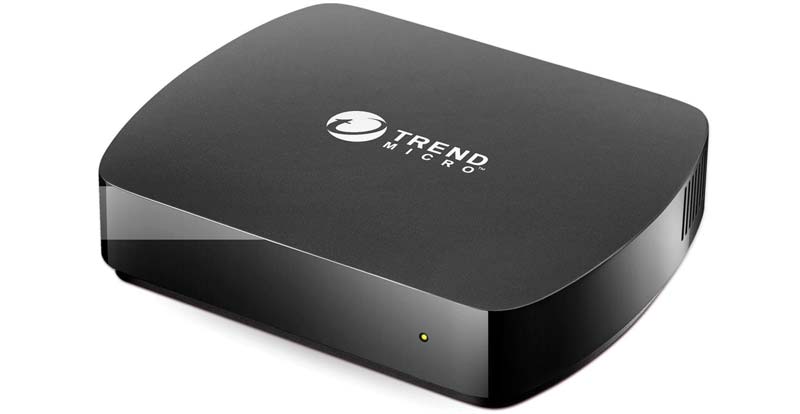 Tap into plug-and-play peace of mind with the Trend Micro Home Network Security Device. Plug in power and Ethernet (to your router), and you’re good to go. Once connected, enjoy real-time monitoring and protection of all the connected devices in your home, plus other perks like per-device time limits. 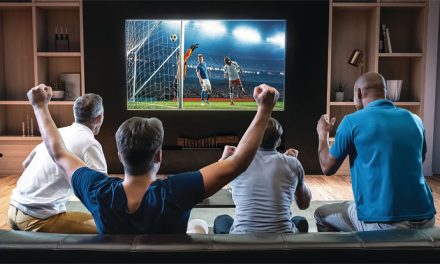 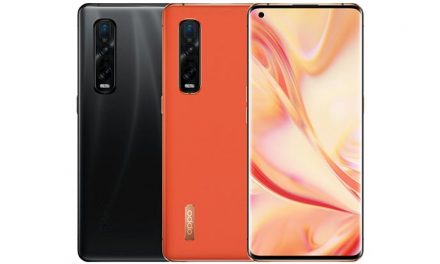 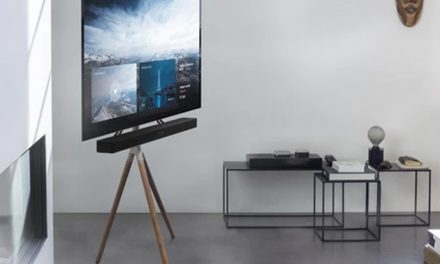 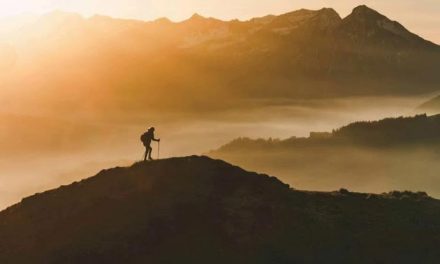