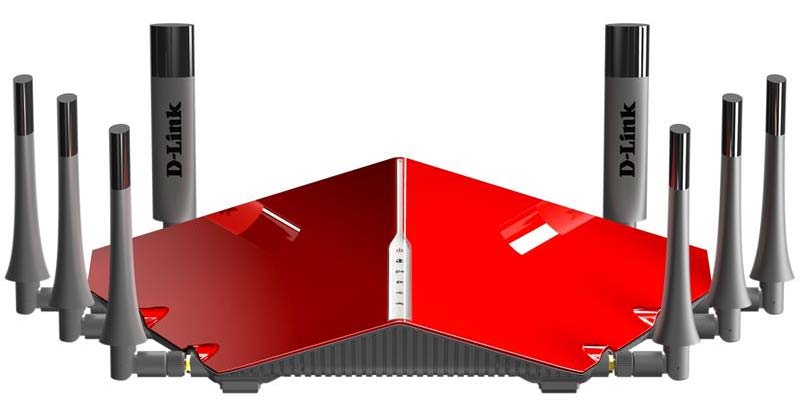 Modern home networking may have the appearance of plug-and-play simplicity, but there are some key factors to take into account when eking out a competitive edge online.

Of all the shiny gaming peripherals, routers with ‘gaming’ slapped on them are the most optional. Still, there’s value in weighing up your router options, particularly if you’re in the market for something tailored to online gaming.

You very likely already have a router in your home. It may be a stand-alone device, or it may be a spiffier combo modem/router. Whatever it is, that’s your gateway to the internet.

Like any part of the connectivity chain that gets you online, it may be a weak link for online gaming. A lot of people harp on about the importance of bandwidth and internet speeds. While important, the real killer of your online gaming experience is latency. The lower the latency, the better the feel of your online fragging sessions.

When latency goes south and those numbers start climbing higher than a Celsius-to-Fahrenheit heat conversion, you experience a dreaded three-letter word: lag. Lag is the devil and must be exorcised at all costs.

Bandwidth, speed and latency have a symbiotic relationship. If your internet bandwidth is clogged with a household packed with streaming, downloading, gaming fiends, your maximum speed potential will be incrementally slow. If all of that bandwidth or speed is in use, your latency suffers.

Latency impacts the round-trip time it takes for your sweet 360 no-scope headshot in Apex Legends to register. If latency is low, this all feels incredibly seamless. If it’s high and you’re lagging, what transpires on your screen might not be registered online.

A router that’s more sophisticated than the one that came from your ISP can help with this, particularly in a network-congested, tech-loving abode. What a router can’t do is boost bandwidth or speed, which means you’re always at the mercy of your internet connection, home networking configuration and even internal/external wiring.

A router’s job is to direct network traffic. The more devices connected to a router, though, the more congested local networking becomes. Just because your old-faithful router may do the job of a modem, and sports Ethernet and Wi-Fi, doesn’t mean it should.

If you’re asking too much of your router and it’s the kind of ancient device likely to be prized by Indiana Jones, it’s likely a bottleneck in your home network. The more you can separate networking tasks, the more efficiently your home network will operate (translation: smoother online gaming).

Separate modems and routers is becoming the standard. But if you’re all about living your best wired life, consider throwing a networking switch into the mix, especially if you have a modem/router. Its job is to manage all wired traffic, which frees up resources on your router. Start smaller with a Netgear Prosafe 8-Port Gigabit Switch, or turn your home into LAN heaven with a D-Link 24-Port Gigabit Unmanaged Switch. 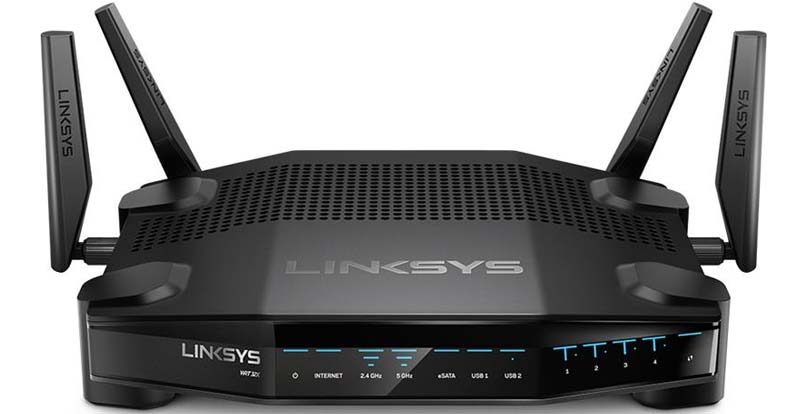 This is where gaming routers and other higher-end routers enter the networking race in an attempt to streamline network proceedings. If you’re buying a new router, you absolutely want dual-band capabilities to split closer (5GHz) and farther (2.4GHz) devices around the home.

The Netgear R6020 is a decent place to start, with five Ethernet ports and wireless speeds up to 450Mbps, even if it’s not a gaming router. Up the budget and you start to see options like the D-Link DIR-878. While still not a gaming router, its lack of Ethernet ports (four) is compensated on the Wi-Fi front with MU-MIMO tech: a fancy acronym for ‘better handling of wireless traffic across multiple devices’.

When you enter gaming router territory, up your budget. They kick off with the likes of the Linksys WRT32X, which boasts better management of local wired/wireless networking on top of a user-friendly interface for intuitive tweaking.

But if you’re investing in online performance, the top-end is where it’s at. The D-Link DIR-895L takes your dual-band and raises it to tri-band Wi-Fi (with two 5.0GHz Wi-Fi bands) for more wireless connection options as well as even better local network management. This is built for gamers and streamers, too, particularly those in bigger houses.

Ultimately, a gaming router may be optional. But the more you invest, the more you can expect to have greater control over a stable and consistent online gaming experience.

At the top of the optional peripherals pyramid is the Netgear XR700. This beast is built for spaced-out homes, with seven gigabit Ethernet ports (and one 10-gigabit port for fibre fiends), dual-band wireless and fantastic speeds over Wi-Fi. It has QoS, naturally, but the real shining star is the customisable DumaOS gaming software for seamless network prioritisation of all-important gaming devices. Plus, there’s a nifty region lock to force connections to lower-latency local servers. This top-end gaming router is built to ensure consistent latency for your best chance at topping the leaderboard.

Don’t Wi-Fi. Go for a wired Ethernet connection if you want to take your online gaming seriously. If not, it’s worth considering upgrading your router (and, potentially, your PC’s wireless capabilities) to support later versions of Wi-Fi. Newfangled routers that support the latest Wi-Fi standards are backwards compatible. Wi-Fi 6 is the latest standard, but not yet commonplace. The newer the standard, the faster the Wi-Fi and the lower your latency. If you’ve absolutely got to Wi-Fi, consider pairing a newer router with a D-Link DWA-182 Wireless Adapter for your PC to improve speeds and lower latency.

Router manufacturers tend to love antennae. They can be finicky and painful, though, particularly if you’ve got a mess of wires around them. Enter the D-Link D-Fend. It’s not just about no-antenna design. The D-Fend is built with security and parental control (for the mums and dads) in mind. With four Ethernet ports, this is more for wireless-loving homes, but it’s fast on the airwaves, intuitive with traffic management, and protected by McAfee security suites. Plus, there’s Alexa and Google Assistant voice support, too, if that’s your jam.

This is one of the bigger benefits of a higher-end gaming router. Quality of Service (QoS) is a fancy term that effectively means ‘pinching bandwidth’. With QoS enabled, you can prioritise gaming devices and preserve bandwidth for consistent latency even when other people on the network would normally be maxing it out. QoS helps avoid heinous lag spikes and disconnections.

As if you need a newfangled router or switch! Right? Well, internet-capable devices in the home are on the rise. Do a count across smart TVs, consoles, network-attached storage drives, desktops, laptops, smartphones, tablets and, well, you get the point. It starts to add up. These devices chew up quite a bit of network capacity and tend to default to automatic updates, which means that’s a lot of gizmos vying for increasingly limited bandwidth and router resources. 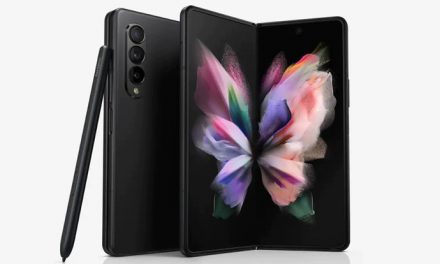 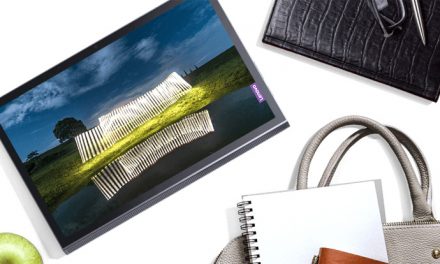 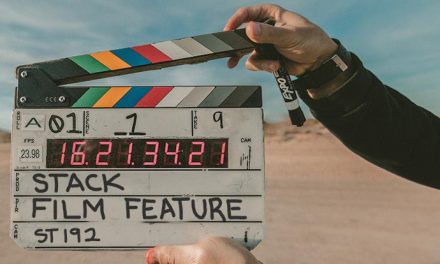 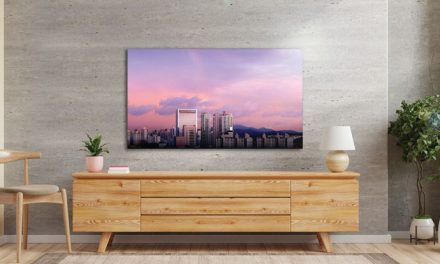