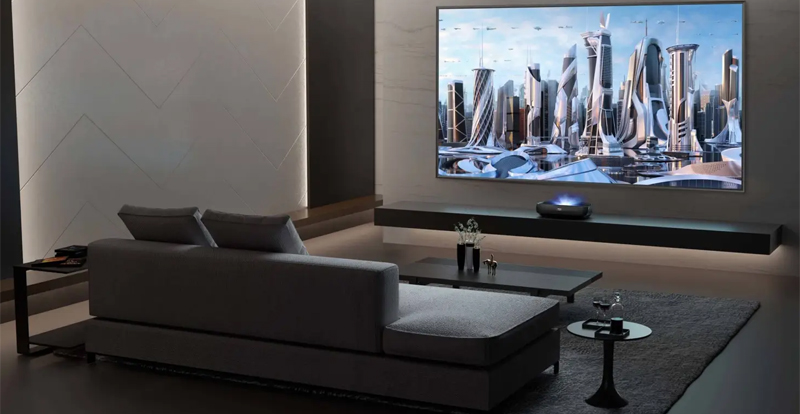 Summer is traditionally the time when studios release their biggest movies, and now you can bring the cinema experience of a blockbuster movie night home – or even better, enjoy it in the backyard, the great outdoors, or anywhere you choose, with a portable home theatre projector.

Home theatre projectors have never been more affordable, or as advanced. Gone are the days when the bigger the projected image, the more the picture quality was likely to degrade. Today’s projectors can beam movies and content in glorious 4K Ultra HD, and images look as sharp and clear in a brightly-lit room as they do in a darkened one. And there’s no longer a need to mount them on the ceiling or a rear wall for the best results.

Moreover, the advent of portable projectors means that summer movie nights are no longer confined to indoors – the projector can be added to a backpack to enliven a camping trip, a night on the beach, or set up in the backyard to create a cinema under the stars.

THINGS TO CONSIDER
When choosing a home theatre projector, first evaluate the size of the room and the size of the projected image – will you be using a dedicated screen or pointing it at a clean white wall? Also consider the amount of natural and ambient light in the room where you’ll be using it, and whether you want a fixed model or a portable one to use outside or on a camping trip. For the best results, a projector should be centrally positioned to the screen/wall.

Brightness levels and image quality are also important considerations. Brightness is measured in ANSI Lumens – the higher the lumens, the brighter the image. If a projector will be set up in a bright room, 3,000 lumens and above is recommended, while 2,000–2,500 lumens is optimal for a darkened home theatre or media room.

There are two types of projectors – lamp and laser. Lamp projectors require the bulb to be replaced after approx. 8,000 hours of use, so even if you’re watching two or three movies a day, you’ll still get years of use from the lamp. Laser projectors have a longer lifespan of around 20,000 hours and feature greater contrast for 4K content.

Some projectors feature receivers for direct connection of a 4K UHD Blu-ray player or games console, and many newer models will also offer Android and smart TV functionality, multimedia and streaming support. Think about what you’ll mainly use it to watch and purchase accordingly.

Have a movie night anywhere with the Philips range of portable projectors!

GO WITH THE THROW
‘Throw’ refers to the distance between the projector and the screen, and there are three types of throw projectors. Long throw are best for large rooms where the projector will be positioned further from the screen, either on a rear wall or ceiling mount. Short throw can be positioned closer to the screen/wall on a coffee table several metres away, and their portability makes them a great option for smaller homes/apartments or outdoor events. Ultra-short throw projectors can sit even closer to the screen – they project at a wider angle and can be positioned 1-3 metres away, or on an entertainment unit.

Hisense offer a range of Ultra-Short Throw projectors that are not only perfect for home use – both indoors and out – but are also one of the only laser systems to include a matching light-rejecting screen (available via redemption through Hisense). If that’s not incentive enough, these powerful and portable projectors support 4K UHD content with HDR, a wide colour gamut, smart TV tech for streaming apps and live broadcasts, motion smoothing for fluid action scenes, multiple HDMI inputs to connect external devices, and a lifespan of 25,000 hours.

The Hisense 120” 4K HDR Laser Cinema Projector is the ideal all-in-one home theatre solution, with 2,700 lumens brightness to suit both dark and bright rooms, upscaling of non-4K content, and a built-in 30W Dolby Atmos soundbar for the complete cinema experience.

WHAT TO WATCH OUTDOORS 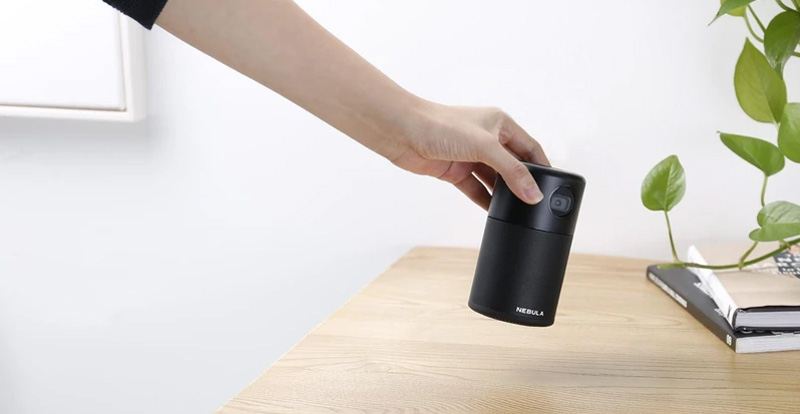 If you want the ultimate in take-anywhere home theatre, look no further than the Nebula Capsule Portable Projector. The size of a soft drink can, this durable 369g projector will fit in a backpack and deliver entertainment wherever you want to point it, beaming a screen size up to 100”. It’s an all-rounder with Android support for streaming content, an HDMI port for 4K Blu-ray and games console connection, and immersive 360-degree audio from a speaker that packs plenty of grunt.

The Nebula features 100 lumens brightness, making it more suited for a dark environment, and it should be positioned approx. three metres from a screen/wall for best results. This mini smart projector features high contrast and IntelliBright algorithms for premium picture quality, and the lamp will last 30,000 hours. A battery life of four hours is plenty for a blockbuster double-feature (well, unless you’re watching The Lord of the Rings).

SCREEN SOLUTIONS
A clean white wall can double as a screen indoors, and a bedsheet is a simple solution for outdoor projection, but a dedicated screen will deliver the best image quality thanks to its reflective properties. Some Hisense projectors include a screen in the price, while 2C specialise in screen tech and have a range to suit your needs – from ambient light rejecting screens designed for Ultra-Short Throw Projectors, to manual pull-down screens and portable tripod options. Consider a portable screen if you only use a projector occasionally and favour outdoor cinema, and a fixed screen for regular use in a home theatre set-up. 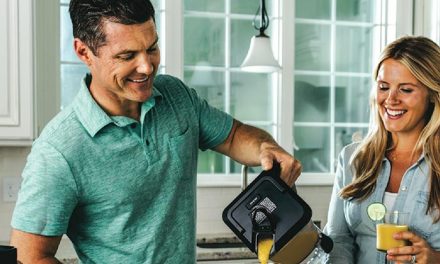 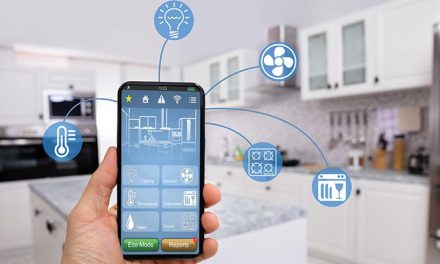 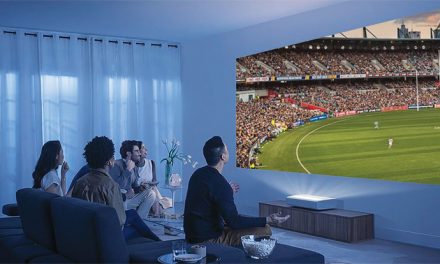 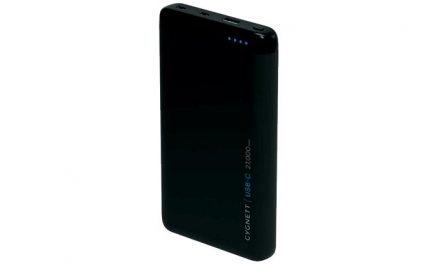