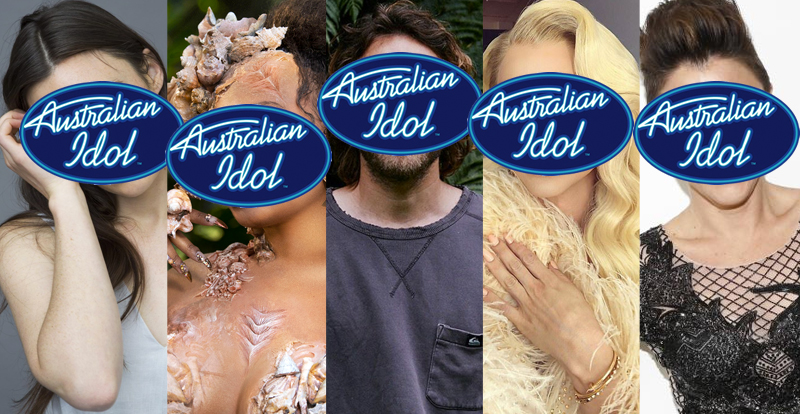 5 Oz icons we totally forgot were on ‘Australian Idol’ (ranked)

Way back in 2001 – yes, 20 years ago this very week! – a little show called Pop Idol premiered in the UK, helmed by then-mere-industry-nobody Simon Cowell.

And by gum were we into it, with Australian Idol running for seven seasons (2003 – 2009) and generating a bunch of our most beloved popstars. You’ve got your Guy Sebastians, your Jess Mauboys, and your Anthony Calleas: all exceptional talents, of course, but all very tethered to the Australian Idol series in the Aussie consciousness, nonetheless.

However, there are a few musicians/personalities around – and by ‘around’ we mean, not just barely keeping together an Angelfire-era website, but flourishing in the entertainment world at home and overseas – that you may have forgotten were on the show.

Hell, you may not’ve known they were ever on the show!

We’re ranking five of those hotshots in order of ‘What you talkin’ bout Willis?’-factor: that is, how surprised we were to learn/be reminded that they once faced the chagrin (or benevolent grace) of Dicko, Marcia, and the other esteemed Idol judges.

Now, this one is contentious. Matt has achieved so much since he appeared in Season Five of Australian Idol at an extremely fresh 16 years old, but for some, his time on the Idol stage can never be erased: “ I was exactly the right age to be madly in love with him when he was on,” says a STACK colleague.

Unfortunately, Corby probably wouldn’t be delighted to hear that. In 2016 he described his stint on the show as a “big f-cking mistake”, adding, “I am someone who looks more to the negative than the positive as well, so I took all the negatives out of [Idol] and thought ‘Bugger, I’ve ruined everything.’ There’s always been a public perception thing with doing a show like that. It stops people from letting themselves like what you do, because it’s tainted by that.”

Well, if Australia ever saw Corby as tainted, it didn’t last for long.

In 2009 the musician released music independently and the following year played a slew of shows in London and at Texas institution South By Southwest. Then, with a whoop (or several), came his third EP Into The Flame in 2011, and it was on like Donkey Kong. The release’s lead single Brother won an ARIA and came third in 2011’s Hottest 100, and Corby was officially trebucheted into stardom.

His debut album Telluric (2016) went straight to #1, and its follow-up Rainbow Valley hit #4 in 2018 (which we interviewed him about right here). In 2019 he won the Vanda & Young songwriting comp for track Miracle Love (from Rainbow Valley). Most recently he released Tash Sultana collab Talk It Out and the haunting If I Never Say A Word, and co-wrote a number of tracks on Sultana’s excellent album of this year Terra Firma (including Greed and Pretty Lady).

Australian drag queen, singer, Lady Gaga bestie and beloved international teev personality Courtney Act – also known as Shane Gilberto Jenek – was the first ever openly LGBTQ contestant to appear on a reality show (can you believe it?!). But it wasn’t just that distinction which made her stand out from the Season One Australian Idol pack.

Her lust for life and sweet, grounded personality meant it was only a matter of time before she catapulted into US and UK fame. After a disappointing post-Idol stint with Sony, she moved to LA in 2011 and started making glitter-waves in the club scene. She was a runner-up on RuPaul’s Drag Race in 2014, and in the same year became the first drag performer to sing with the San Francisco Symphony Orchestra. Releasing music all the way, she eventually made it to the UK Celebrity Big Brother house in 2018, and won the show. She came second in the 2019 season of Dancing With The Stars, second in 2019’s Eurovision: Australia Decides contest (losing out to Kate Miller-Heidke), appeared on Neighbours in 2020, and is currently the host of ABC’s One Plus One interview show.

Absolutely phenomenal… and all stemming from one little performance of Peggy Lee’s 1963 chart hit I’m A Woman. We’d argue that Courtney’s household name status – particularly in the UK, where she now lives – has long eclipsed any remembrance (or knowledge!) most might have of her Idol beginnings.

Like Matt Corby, Lisa Mitchell turned up at Australian Idol auditions when she was just 16 years old. She presented the sort of folk fragility that the show hadn’t seen a whole lot of, what with its ball-busting Mariah-runs accompanied by stagelights swinging around at Mach 3. We can still remember when she sang Blondie’s Heart Of Glass during the disco-themed elimination week; it was total fish-forced-out-of-water material, and honestly, tough to watch.

Eliminated part-way through Season Four (2006), Mitchell went on to completely reinvent herself. She moved to London to write her debut album Wonder, which was released in 2009 and gave us the ubiquitous and beloved singles Coin Laundry and Clean White Love, and also – in an supremely un-Australian Idol move – won the Australian Music Prize.

After that came her second album Bless This Mess, which explored the artist’s philosophical side (and the title track of which is still on extremely high rotation in this office), and her third album Warriors was launched to positive reviews, with many applauding the way Mitchell integrated synths and beats into her unique songwriting style.

Mitchell has just released her brand new single Zombie, which you should definitely check out right here. It’s also worth giving her Instagram a perusal, because frankly her dreamy aesthetic is absolutely made for the medium.

This one has gotta be a genuine ‘whaaat?’ for a ton of you. Finishing ninth in the second season of Australian Idol, Em Rusciano was just 24 at the time – and she found the whole thing a rather hellish ordeal. “I was a mother of one, with no TV experience, no music experience, no entertainment experience, and put on a show watched by two million people a week,” she said in an interview earlier this year. “I didn’t love my experience. I loved the career it gave me, [but] at the time I thought I was going to die.”

The following year she landed a spot on breakfast radio in Perth, and a few years later moved back to her hometown of Melbourne where she quickly gained notoriety for her stand-up comedy, regular Sunday night radio show, and 2016 memoir Try Hard: Tales from the Life of a Needy Overachiever.

She’s currently got a Spotify deal for her podcast Emsolation, and in 2022 will be touring her massive new live show around the country – featuring her daughter Chella and her father Vincie. While it turns out we were all 100% correct about Em being Dolly, with this many irons in the fire you can bet she’s gonna pop up somewhere else very soon.

Angel-in-human-form Ngaiire – who released her absolutely stunning third album 3 just a few months ago – has come a long way, baby. Don’t you even pretend you remember her from Season Two of Australian Idol (2004), when she made it as far as the semi-finals, eventually getting knocked out as the judges chose the final 12 singers of the comp. “I wanna see you really light a fire, and go for it, at some point,” Dicko fortuitously told the then-19-year-old.

Post-Idol, the PNG-born musician made a real effort to shed the show’s stigma. She turned down more than one opportunity to work with industry figures in the US, instead choosing to perform session vocals with Blue King Brown and Paul Mac. She toured the UK, Japan, Europe and Canada with the former and Australia with the latter, before refocusing on her own music in 2007.

Her 2013 debut Lamentations was critically acclaimed; in 2014 she played Glastonbury, and the following year performed one of the best Triple J Like A Versions in existence: Tame Impala’s The Less I Know The Better. In 2016 she released another lauded album, Blastoma, and then dropped the superlative, afore-mentioned 3 this year (you can read our interview with Ngaiire about the release right here).

Of all the artists who’ve made us forget they were ever subject to on-air critique or were battered by an exorbitantly priced dial-in voting system, it’s Ngaiire. GO, GIRL. 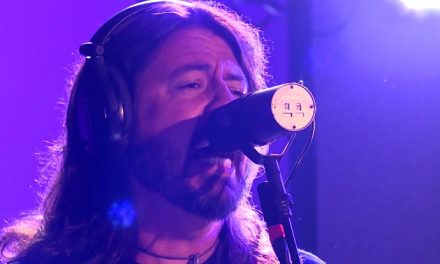 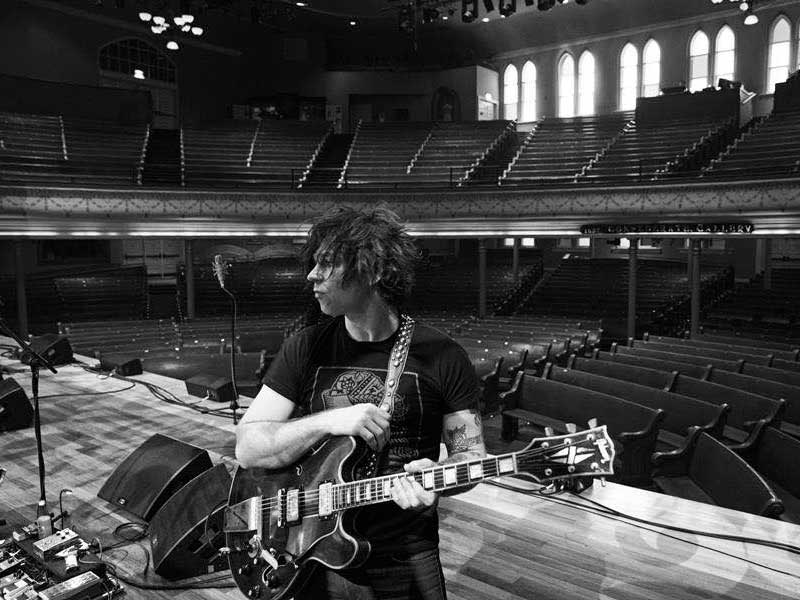 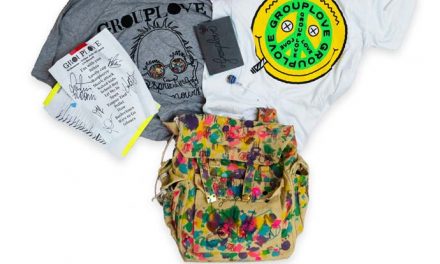 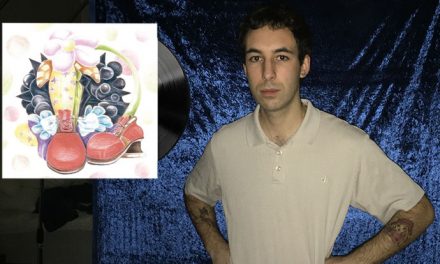