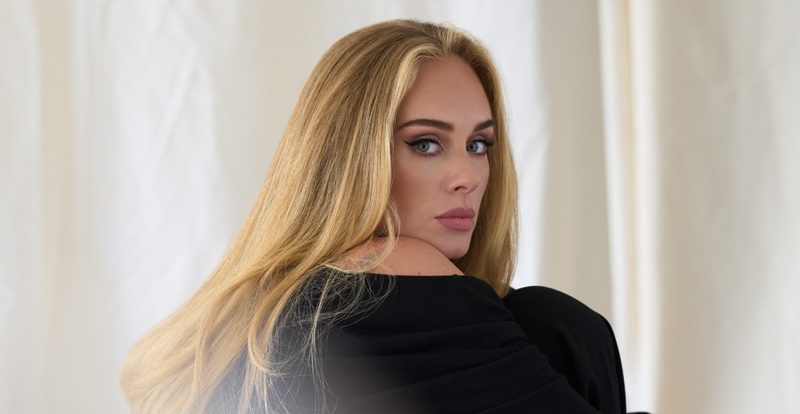 Adele: How do we love thee? Let us count the ways 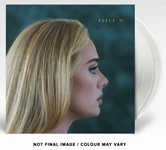 The eagle has landed – and by ‘eagle’, we mean the sublime triumph that is English musician Adele’s fourth album, 30. As we immerse ourselves in its sounds – inspired by divorce, motherhood, and the unblinking eye of the ever-present media – we’ve assembled an appropriate number of facts that’ve made us fall even further for the star with the cheeky accent and the magnificent pipes.

2/ Adele managed to keep the name of her son a secret from the media for a whole 94 days. The world knew in October 2012 that she had just given birth, but it wasn’t until the end of January the following year that a paparazzi snap revealed the musician wearing a gold necklace bearing the name ‘Angelo’. Adele divorced Angelo’s father, Simon Konecki, in 2019.

4/ Adele has credited her US success with the 17 million pairs of eyeballs on her 2008 Saturday Night Live performance. “I knew that a few extra people were turning in because of Sarah Palin, so I definitely sh-t myself,” she’s said.

5/ Adele spent much of her youth hanging with friends in Brixton’s 50-acre Brockwell Park. “[There are some] quite monumental moments of my life that I’ve spent there, and I drove past it and I just literally burst into tears,” she said in 2015. “I really missed it.”

6/ Before making it big, Adele used to earn 25 pounds for a full day’s work (that’s $45.70 in Aussie bucks) at the River Lea Cafe in Tottenham, her hometown.

7/ Louie Armstrong: iconic trumpeter and vocalist, and also the namesake of Adele’s beloved dachshund dog (whom she’s described as the “love of [her] life”). 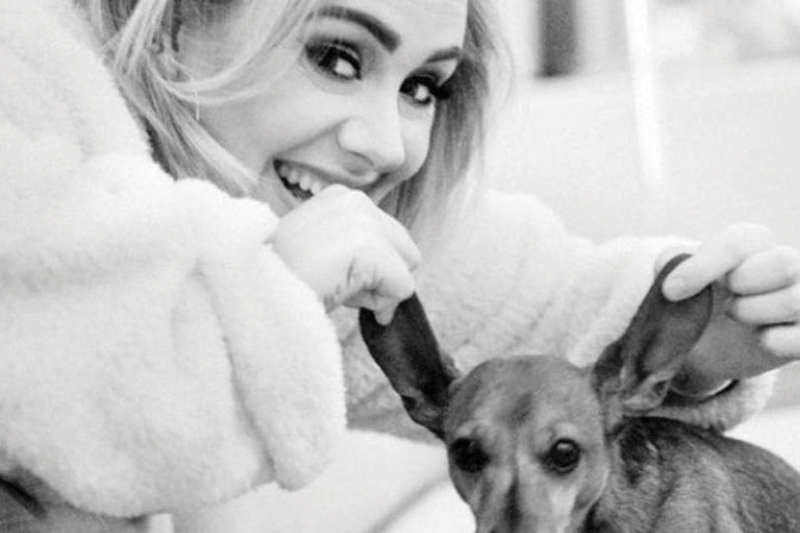 8/ Adele has won 15 Grammy awards from 18 nominations; she’s also made a massive 11 Guinness World Records based on her material’s chart performances, sales, and YouTube views.

9/ During the singer’s first ever Instagram Live (October this year), she praised a number of fellow artists whose sounds she is digging, including Lady Gaga, Taylor Swift, Doja Cat, Lana Del Rey, Harry Styles and Avril Lavigne. 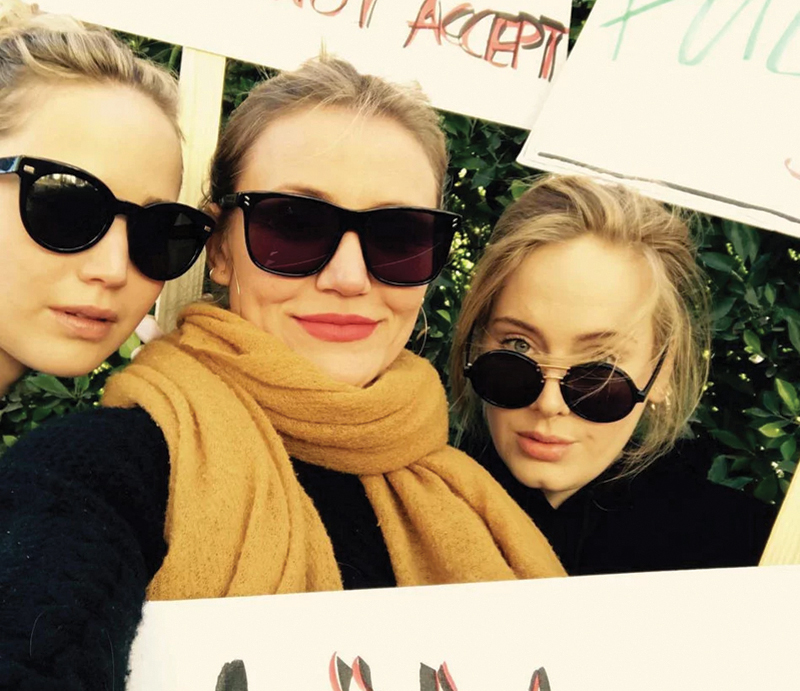 11/ The month after she graduated from the BRIT School of Performing Arts, Adele chose September Management to represent her. She based her decision in part on their management of blossoming UK talent Jamie T.

12/ In November 2011, Adele received surgery on her vocal cords after suffering a haemorrhage which forced her to cancel part of the 21 (2011) tour. At the time she received chummy support from singer-songwriter John Mayer, who urged her to be patient with the healing process.

13/ She made her live comeback three months later at the 2012 Grammy Awards (February 2012), winning all six categories in which she was nominated.

14/ Her clip for single Hello (from her third album, 2015’s 25) became the fastest video to hit one billion views on YouTube. Six days after its release, it was still being viewed one million times an hour.

15/ That video was created by Canadian filmmaker Xavier Dolan, who also directed the clip for 30’s stunning lead single, Easy on Me. She recently referred to Dolan on Instagram as: “My big, always and forever love, my creative soul mate.”

16/ Adele credits Amy Winehouse’s 2003 album Frank with her own interest in the guitar. “If it wasn’t for Amy and Frank, 100 per cent I wouldn’t have picked up a guitar,” she’s said. “I wouldn’t have written Daydreamer or Hometown [Glory], and I wrote Someone Like You on the guitar, too.”

17/ Adele’s “death row meal” would be chicken McNuggets, a Big Mac, and fries. “I eat [McDonald’s] at least once a week!”she’s said.

18/ Adele re-started her live performance of George Michael’s Fastlove during the 2017 Grammys, part of a tribute to the influential singer-songwriter who had passed away the previous year. “I know it’s live TV, I’m sorry,” she said as the string orchestra petered out behind her. “I’m sorry for swearing and I’m sorry for starting again. I can’t mess this up for him!”

19/ She describes herself as a “homebody”; “I probably would never leave my house if I didn’t need to,” she said earlier this year.

20/ On stage to accept her Grammy for Album Of The Year in 2017, Adele announced the trophy deserved to go to Beyonce for Lemonade, which she described, through tears, as “monumental”, “well thought-out”, “beautiful” and “soul-baring”.

23/ Adele made her first-ever televised singing performance mere metres away from two very big stars. “They usually put you in the middle of the room,” she’s said of her 2007 performance on Later… with Jools Holland, “but for some reason they put me right at the end, right in front of the audience: Björk on my left, Paul McCartney on my right, and my mum crying right in front of me.”

25/ The musician is a mega-Neighbours fan, and visited the Ramsay Street set during the Aussie leg of her 25 tour in 2017.

27/ The person whose style she most admires is our own Cate Blanchett.

28/ As a kid, Adele loved Spice Girls. Her favourite was Geri Haliwell, and she was “heartbroken” when the flame-haired singer left the group in 1998.

30/ If you want perfect cat-eye liquid liner like Adele, consider going with her favourite brand Pat McGrath. Described by Anna Wintour as “the most influential make-up artist in the world”, McGrath became a Dame when the Queen awarded her an MBE earlier this year. 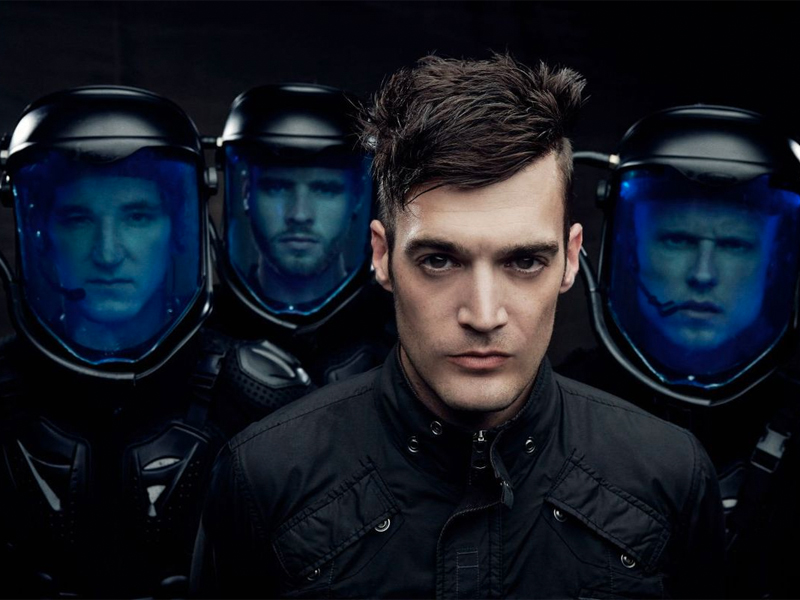 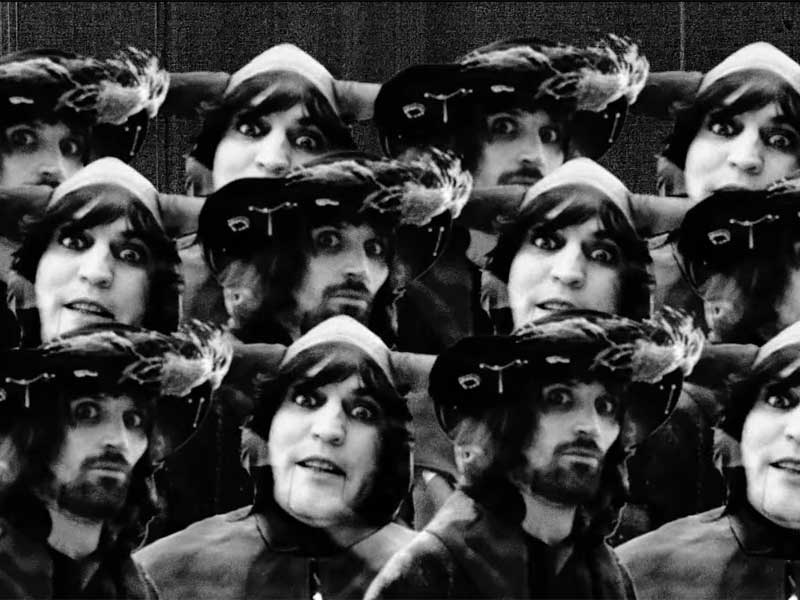 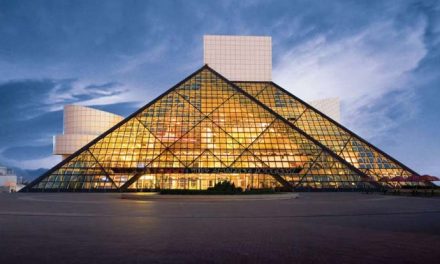 Jumping into the 2020 Rock & Roll Hall of Fame pool