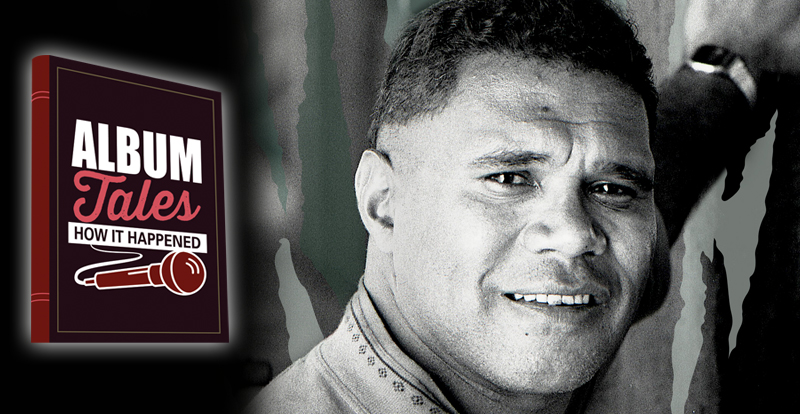 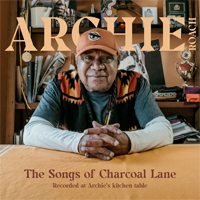 In Album Tales, Bryget Chrisfield hits you with some juicy nuggets of wisdom surrounding classic records. This month it’s Archie Roach’s reimagining of his extraordinary 1990 debut, in 2020’s sequel: The Songs of Charcoal Lane.

Archie has joked that his voice has a hint of Tom Waits to it these days, and his world-weary timbre – plus astonishing interpretive ability, honed through decades performing on stages all around the world – adds gravitas to The Songs of Charcoal Lane. Of revisiting this deeply personal, important set of songs, Archie has said, “It’s like catching up with old friends 30 years later and continuing a conversation, but now we’re a bit wiser, and a bit older.”

After the late, great Steve Connolly saw Archie performing Took the Children Away on the ABC TV series Blackout, he suggested the young Gunditjmara and Bundjalung fella should open for Paul Kelly & the Coloured Girls at their 1989 Melbourne Concert Hall (now Hamer Hall) show. According to PK: “[Archie] finished [his set] with Took the Children Away. There was this stunned silence; he thought he’d bombed. Then this wave of applause grew and grew; I’d never heard anything like it.” Vika & Linda were also in attendance on the night, and Linda has described Archie’s rendition of Took the Children Away as “one of the greatest performances of all time”. 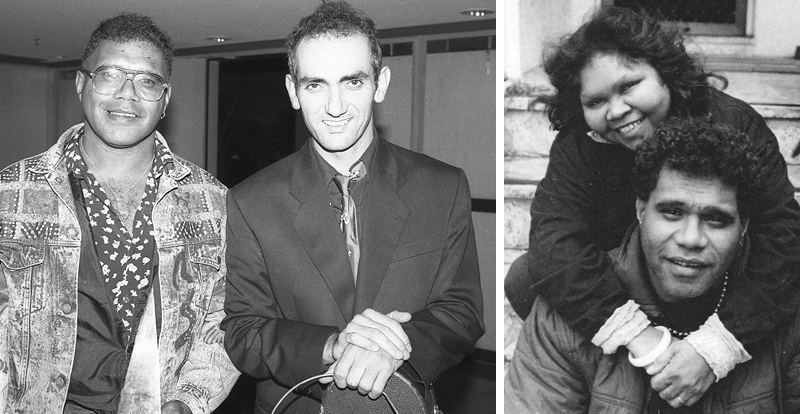 That time Archie mistook Paul for a security guard

Also to mark the 30th anniversary of Charcoal Lane, Archie made his debut as a YouTuber with his ‘Back to Charcoal Lane’ series, during which he interviewed special guests from his kitchen table via Zoom. During his chat with PK, Archie hilariously admits he thought Paul was a security guard when they first met backstage at Hamer Hall. After pointing out that Paul was was dressed in all black everything – a colour scheme usually favoured by security guards – Archie chuckles, “Sorry I mistook you for security, brother!”

Were it not for Ruby, there would be no Charcoal Lane

Shortly after the aforementioned Paul Kelly & the Coloured Girls show, Paul and Steve paid Archie and his late partner in life and music, Ruby Hunter, a visit at their Thornbury home, to see whether he’d be up for recording an album. After they left, the story goes that Archie voiced his reservations to Ruby, who put her hands on her hips and eyeballed him before teasing, “It’s not all about you, Archie Roach!”

During an interview with NITV’s Living Black host Karla Grant, Archie recounts her sassy retort: “As long as I live I’ll never forget it. And I know what she meant. When we shine, when we do something excellent and good… and people see that. It’s not just about us, it’s about our people – our people shine as well.”

Down City Streets was penned by Ruby

After Archie returned from work one day prior to recording Charcoal Lane, he found Ruby in the bedroom. She spotted him coming and immediately tried to hide a screwed-up piece of paper – which contained some lyrics she was working on – under a pillow. But Archie had busted her in action, so she reluctantly handed the slip over, and then sang Down City Streets for him. Archie had nine songs ready to go when the time came to record his debut album, but Paul reckoned he would need at least ten. So Ruby nudged Archie: “What about my song?” And thus she scores a songwriting credit on Charcoal Lane, for this glorious autobiographical track recalling her struggles with homelessness and addiction.

Back in 1990 when Archie entered Carlton’s Curtain Street Studios to make his debut album, he was new to recording. Hearing a click track through his headphones for the very first time, Archie asked what the racket was and asked whether it could be switched off, ‘cause he found it too distracting.

Tim Finn, who was Melbourne-based at the time, was brought in to sing the high harmonies on Took the Children Away. The sublime Vika & Linda were also recruited to supply backing vocals on Sister Brother, Beautiful Child and No No No, which was also the first time Paul had ever worked with the Bull sisters.

When people ask whether he ever gets sick of singing Charcoal Lane’s centrepiece, Archie’s answer is always the same: “Never, it’s a healing for me,” he says. “Each time I sing it, you let some of it go.” Took the Children Away – which won an international Human Rights Achievement Award, a first for any songwriter – highlights the impact of the forcible removal of Aboriginal and Torres Strait Islander peoples from their families, and brought global attention to this awful part of Australia’s history.

Originally performed for triple j’s Like a Version segment, Briggs released a sequel to Took the Children Away in 2015, titled The Children Came Back. It’s included on the 25th anniversary edition of Charcoal Lane, which also features cover-duets by Courtney Barnett and Paul Kelly, Dan Sultan and Emma Donovan, and Marlon Williams and Leah Flanagan, among others – along with four live tracks from Archie and Ruby’s 1990 Live at the Wireless performance. “I feel proud to be a part of what Briggs hopes to achieve,” Archie has said of this update, “and I really love that he used young children to play the heroes [in the film clip], because they are our future heroes.” Briggsy’s update also features Gurrumul and Dewayne Everettsmith.

Took the Children Away is now available as a picture book

Took the Children Away’s deeply personal lyrics now form the basis of a picture book of the same name, which also features Archie’s recollections of his family, rare historical photographs, and wonderful illustrations by his soulmate Ruby. Of this picture book, Archie said during an interview, “We can’t just pick and choose what we like from the history of this country. We have to tell the whole history, and the truth. It’s the only way we can move forward. In this way, it’s a little gentler for younger people to process.”

Archie Roach is performing in Melbourne and Sydney for two dates each between July and October; get all the date and ticketing details right here. 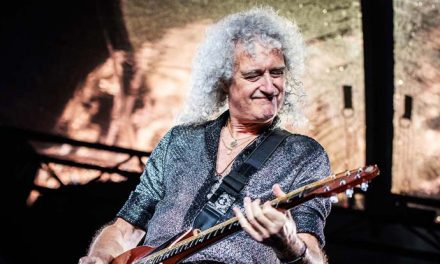 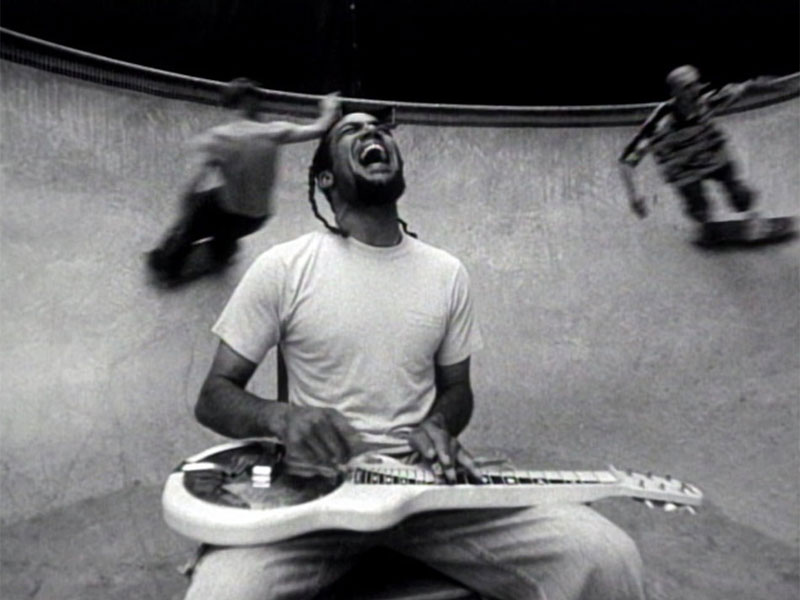 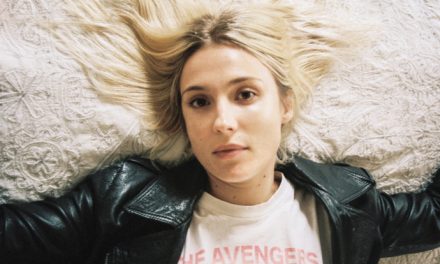 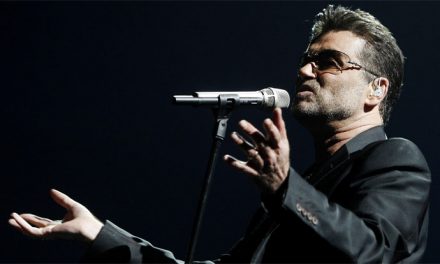