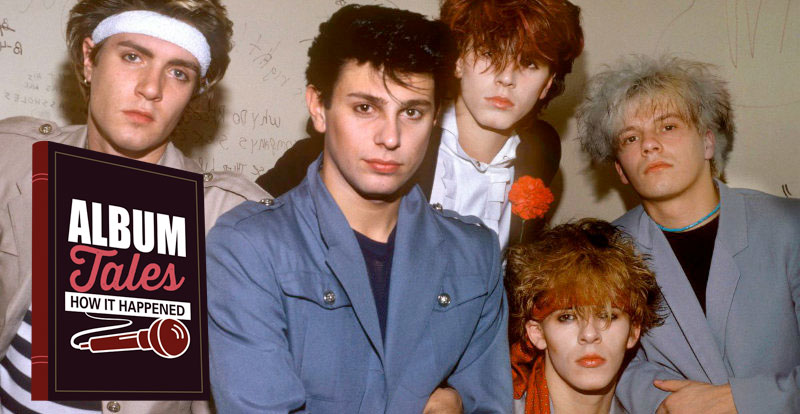 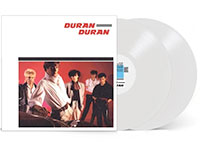 This concert was where I caught the highly contagious disease ‘Duranitis’. The concert was action packed and all eyes were on Simon. He danced about, was all smiles and craftily captured the whole audience. The show opened through the back curtains and, ‘Please, please, tell me now!’ blared out. Before this, fog rolled out from underneath the curtain to the music of Tiger Tiger which was overpowered by screams.

We were all getting hot, sweaty and tired so the pace slowed down while Save A Prayer and New Moon On Monday were sung. During the first encore Andy and John Taylor flew across the stage in unison causing a tremendous stir. In the final encore Simon introduced the members etc. The outstanding song of the night was The Reflex in which Simon did some stunning star jumps.”

When you read this excerpt from 13-year-old-aspiring-music-journo Bryget’s diary, it’s blatantly obvious that lead singer Simon Le Bon was #1 in her (greedy) eyes.

Well, interestingly enough, all the way through my Duranie phase – which lasted several years and saw my bedroom decorated with collage wallpaper that covered every inch of wall and grew incrementally as import copies of Smash Hits were purchased then cut up to free these absolute faves from the pages – I was assigned drummer Roger Taylor to worship since a member of my friendship group had already ‘claimed’ Simon.

Gotta admit, though: When Roger played that pulverising Girls On Film drum solo (are there kettle drums in his kit!?) on that magical evening of my first-ever concert back in 1983, I momentarily felt like I was onto a winner (plus, those stick tricks!).

Bassist John Taylor (the classic DD lineup remarkably contained three unrelated Taylors!) pointed out that Duran Duran was “like a box of Quality Street [chocolates]; everyone is someone’s favourite.”

Such was our friendship group’s devotion to these fantasy future-boyfs from Birmingham that we decided to celebrate Nick Rhodes’ birthday (can’t remember which member of our group bagsed/was allocated the band’s synth wizard as their fave) by raiding our parents’ liquor cabinets. Hoping that our parentals wouldn’t notice depleted volumes, we robbed a quick pour from each booze bottle – crème de menthe, port, gin, Baileys etc. (vom!) – into our drink bottles during the night to take to school the following day. Considering this was the first time we ever consumed alcohol, we all quickly got drunk on the oval during lunchtime and then stupidly returned to class (totally should’ve wagged that afternoon!). I recall acting particularly obnoxious during French. Apparently some prefects had noticed us sniffing our drink bottles at the bus stop that morning and dobbed on us so eventually we were all rounded up and delivered to the principal’s office. Our punishment? A week’s suspension.

We were certainly in good company with our extreme Duran fandom, with Princess Diana completely owning the fact that DD was her favourite band. In the third episode of The Crown Season 4, one scene depicts a young Princess Di (played by Emma Corrin) roller skating through Buckingham Palace while listening to Girls On Film on her Walkman.

Girls On Film opens with shutter sounds, created using a Nikon camera owned by one of Duran Duran’s managers, Paul Berrow. “I’m always taken by that thing that catches my ear that I haven’t heard before,” Rhodes – who first learnt guitar but switched to synth as soon as the Electronic Dream Plant (EDP) WASP was launched in 1978 – commented. (Fun fact: Another 1981 single release, Freeze-Frame by the J. Geils Band, also utilises shutter sounds at the start of the song.)

Few will forget the first time they clapped eyes on Girls On Film‘s accompanying film clip – the first extended music video ever made – which features topless women mud wrestling and artistic depictions of sexual fetishism (there weren’t nearly enough shots of the band as far as we were concerned).

Directed by Godley & Creme, the raunchiness of this video (which is pretty tame when compared to the likes of Cardi B’s WAP), eclipsed this song’s original intention, which was to shine a light on the exploitation of fashion models.

Duran Duran welcomed – and capitalised on – this controversy; any publicity is good publicity, right? MTV readily embraced and helped launch the band Stateside and The Fab Five boast a star on the Hollywood (not Birmingham) Walk Of Fame.

Australian director Russell Mulcahy was responsible for some of Duran Duran’s other memorable film clips (Hungry Like The Wolf, Rio, The Wild Boys…), many of which were shot on 35mm film in exotic locations: the Sri Lankan jungle, Antigua beaches, onboard a luxury yacht – a travelogue of aspirational imagery. Through their videos and lifestyles, Duran Duran were selling a fantasy. “With Duran it was a bit like being a tourist with a big camera,” Mulcahy tells during the excellent Duran Duran: There’s Something You Should Know doco (2018). “I had very much a cinematic vision, they had a vision with their music and the manager had a vision of like, ‘Let’s make it big and stand out from the rest.’ We just wanted to raise the bar.”

Rhodes and John were music-obsessed childhood friends who grew up in Hollywood (Birmingham) and Duran Duran first formed, as a trio, when John met Stephen Duffy at Birmingham Polytechnic. Duffy was initially Duran’s vocalist/lyricist/bassist with John on guitar (before he switched to bass) and Rhodes on synth/drum machine. When Duffy left DD in early 1979, Andy Wickett was brought in as lead vocalist and, according to Andy’s autobiography, played a major role in the writing of Girls On Film (plus other early songs). Wickett also featured on the demos that were presented to EMI in 1980.

When Roger went to see a band called Fashion play at Barberella’s, he was impressed by the Duffy-fronted early incarnation of Duran Duran – on support duty – and remembers admiring their “pop sensibility.” He soon replaced DD’s drum machine. Andy auditioned and then joined the band in 1980 after responding to this ad in Melody Maker: “LEAD RHYTHM GUITARIST (Ronson. Manzanera. Gilmour) Stylish/ powerful / inventive to join band with financially strong management.”

And then along came Simon Le Bon (yep, that’s the name he was born with!). An ex-choirboy and poet who carried a book of lyrics around with him, Le Bon also had the look; all the rest of the band needed to know was that he could sing. Tick! You’re hired. And the cream on top was Le Bon’s melodic nous. “We were a New Romantic band before anybody had heard us,” John observed. “They just took one look at us and decided we fit into that category.” But the band certainly owned their part in the fledgling New Romantic fashion movement via lyrical content in their debut single, Planet Earth: “Like some New Romantic looking for the TV sound.”

Planet Earth hit #8 in Australia, becoming Duran Duran’s first Top 10 hit anywhere in the world! “Planet Earth was the energy of rock music and punk, and strong melody -we all loved melodies,” Rhodes recalled. “Good songs, that was what it was about.”

Duran Duran’s Platinum-selling debut album reached #3 in the UK charts and remained in the Top 100 for 117 weeks. On this self-titled set, DD had already established the funky rhythm section, Moroder-esque synths and chunky rock guitars that would go on to define their sound. “The way we are on that first album, we’re all playing the best that we could play and we’re all just playing every note we know,” John admitted.

When they signed to EMI, Duran Duran insisted on a clothing budget and that’s where fashion designer/”image maker” Antony Price came in. On first meeting Duran around 1980, Price recalled, “They had the balls to wander ‘round with all the makeup and the hair; this lot didn’t give a damn and they’d worked out that women quite liked it.” Boy George labelled them “Birmingham’s peacocks.” Interviewing John during the aforementioned DD doco, Mark Ronson – who produced Duran Duran’s All You Need Is Now record (2010) and co-produced their 14th studio album Paper Gods (2015) – observed, “Probably because you’re all pinups kinda thing, at first nobody really wanted to give you credit for the fact that everybody was a great musician.”

Get a load of Andy’s guitar solo in Tel Aviv and the sequencers/synths that elevate Careless Memories highlight Rhodes’ innovative flair. The precision of Roger’s drumming – which so impressed John that he fancied being part of the band’s funky rhythm section and therefore switched to bass – allows him to keep perfect time with Rhodes’ sequencers. Also check out John’s iso project: the Stone Love Bass Odyssey tutorials – he’s definitely an ace of bass.

“At the time, I think we probably got a lot of criticism from the more serious rock critics because they felt that we had too much to do with fashion, or art and photography,” Rhodes reflected, “and that perhaps – God forbid! – it might be a little pretentious. And, of course, I love pretentious!” 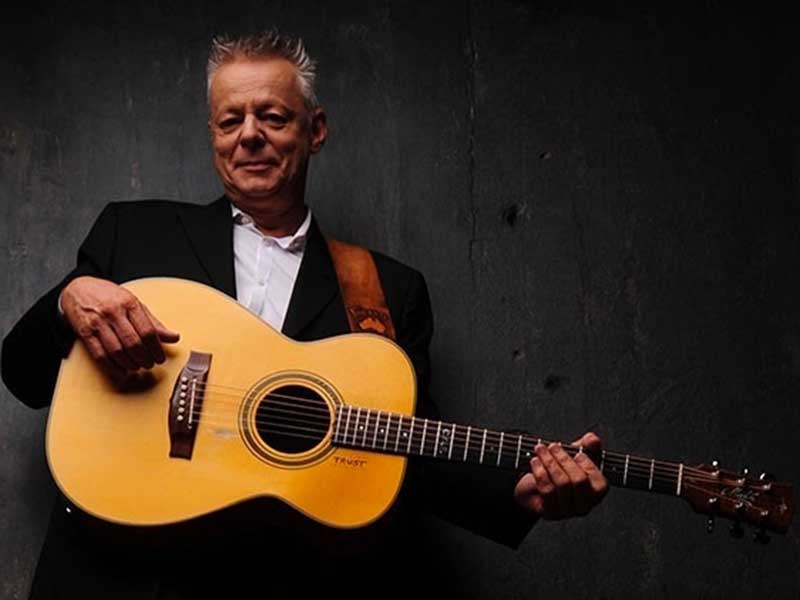 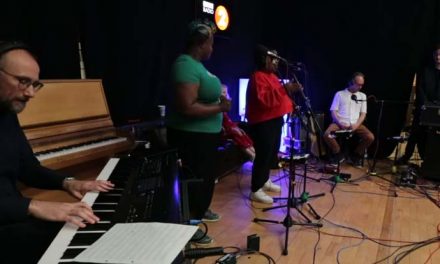 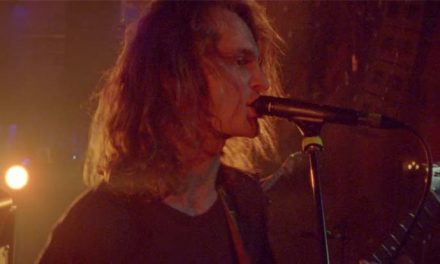 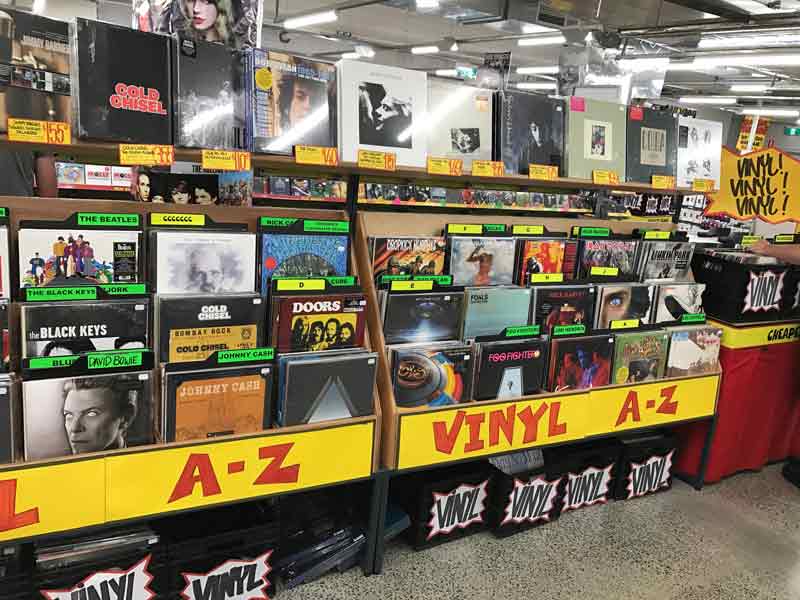