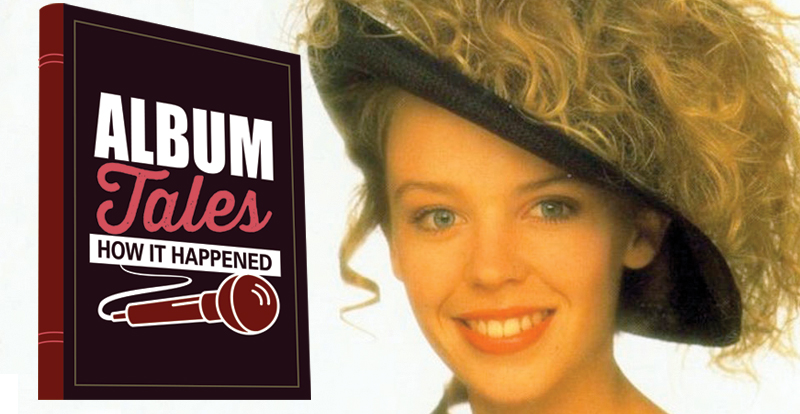 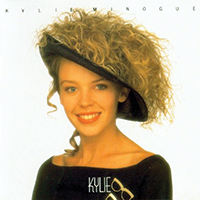 One of my fondest memories from studying at Rusden teachers’ college is a fellow student’s teaching-round experience. My impossibly attractive friend Bec was teaching a Year 11 dance class at an all boys’ secondary college. She had choreographed a cool routine, specifically for the young dudes, set to Kylie’s then-current hit single Step Back In Time and proceeded to teach them the moves that went with the spoken intro: “I wanna funk/ I wanna funk/ I wanna F-F-U-F-U-C…” – D’oh! That’s not how you spell ‘funk’! Cue uncontrollable hysterics all ’round.

Australia’s own Grammy-winning Pop Princess has sold more than 70 million records worldwide and is the highest-selling female Australian artist of all time. Among her self-confessed career highlights, Kylie performed On A Night Like This and ABBA’s Dancing Queen at the Sydney Olympics closing ceremony in 2000. So many fans have posed with Kylie’s Madame Tussauds wax figure that it’s had to be replaced four times (a number that’s only bettered by Her Majesty the Queen).

Our Kylie is from showbiz stock: her mum, Carol, is a former professional dancer. Given the level of Kylie’s international superstardom, it’s easy to forget that it was actually her baby sister, Dannii, who pulled focus in the early days thanks to her regular slot on Young Talent Time (Kylie wasn’t invited on as a regular). If you’re yet to clock Kylie’s 1986 guest appearance on the show (to perform a duet of Sisters Are Doing It For Themselves by Eurythmics with Dannii, obvs) – what the bloody hell are you doing still reading this!? Resplendent in matching silver sequinned minidress ensembles – quite possibly designed by Dannii, who later started her own fashion line – and foofed-out hair that’s been backcombed to within an inch of its life, the talented pair stylishly sidestep in unison and even do The Bump! Ah, the wonders of ’80s chorey.

The first three-song demo that Kylie ever recorded, when she was 17, was mainly to show casting agents that she could sing, if required, when auditioning for acting work. Kylie recalls one of the songs she sang on this demo was Dim All The Lights by Donna Summer.

We all know that Kylie became a household name thanks to her role as Charlene Mitchell, the mechanic, in Neighbours. One storyline saw Charlene supplying backup vocals for Scott (Jason Donovan) and Mike (Guy Pearce)’s band. When Scott and Mike entered their demo tape into a song competition, one of the judges was Molly Meldrum (who played himself). As it turned out the judges were super-impressed by Charlene’s voice. After Charlene stole the boys’ thunder, she was invited into the studio to lay down some tracks before being offered a job. “Three months touring as a backing singer with someone I’ve never heard of, living out of a suitcase and on the road every day – they made it sound awful!” Charlene baulked, choosing to decline their offer to instead focus on completing her HSC. (On a side-note: watching Kylie on Neighbours really highlights how ‘international’ her accent has become over the years.)

During a Fitzroy Football Club benefit concert with her fellow Neighbours stars, held at Festival Hall in 1987, Kylie performed a duet with John Waters (Sonny & Cher’s I Got You Babe) and then busted out an impromptu version of The Loco-Motion as an encore. The next day, Kylie signed a record deal with Mushroom Records.

The Loco-Motion was released as her debut single, topped the ARIA Singles Chart for seven weeks and went on to become the highest-selling single of the ’80s. The music video was shot at Essendon airport and Melbourne’s ABC Studios, and features a cameo by Kylie’s cameraman brother Brendan towards the end of the clip.

Following The Loco-Motion‘s success, Kylie was flown to London to work with Stock Aitken Waterman. The story goes that when Kylie, and her then-manager Terry Blamey, rocked up for their scheduled session, SAW had completely forgotten about it and quickly came up with I Should Be So Lucky in 40 minutes while Kylie waited outside the recording studio. The song was then recorded in an hour and Mike Stock later told Tim Jonze during an interview that Kylie “left not having had a happy experience.”

“We didn’t know we had a hit on our hands,” he continued, “and so when it went to #1 for five weeks, someone said: ‘What’s the follow-up?’ We didn’t have one. So I went out to Australia at the start of 1988 and met her in a bar with Jason and her manager. I basically crawled 100 yards on my knees and apologised profusely. She took it well and we did some more recording. She would be working on Neighbours from 5am, then come to record with me at 6pm. Tiring for her. But at least this time I had the songs ready, the lyrics typed up and everything in order.”

Stock Aitken Waterman composed and produced all of the songs on her debut album, except for The Loco-Motion, and Kylie has since said she felt like a bit of a puppet during her SAW period: “When I look back at when I started, [it] was very controlled – but it worked at the time. If they had said to me, ‘Look, you tell us what you want for your next album,’ it wouldn’t have worked. In retrospect they… didn’t do much for my confidence at the time, but it worked! I can’t deny that, and they were very clever.”

True dat. Kylie’s self-titled debut was no wallflower, spending more than a year on the British album charts.

When she was nine years old, Kylie has said she wanted to be Olivia Newton John (more specifically her character Sandy Olsson from Grease – post-makeover and rocking those black Lycra disco pants, off-the-shoulder top, leather jacket, red heels and permed ‘do). Similar to ONJ, there’s still a sweet innocence to Kylie even when striking her sexiest poses – she somehow manages to switch effortlessly between seductive temptress and girl next door. This has a lot to do with her petite figure, sure, but have you ever seen anyone look as wholesome as Kylie does while (supposedly) nekkid in a bubble bath as seen in one of the scenes from the I Should Be So Lucky clip?

Dating Michael Hutchence definitely ‘made her sexy’ and changed the public’s perception of her, but Kylie always keeps it classy. While introducing one of her Desert Island Discs selections, Need You Tonight by INXS, Kylie choked-up while reminiscing about her former lover: “Professionally, he was so supportive. Someone called me The Singing Budgie in Australia, as a knock, so I did this warm-up gig and we said, ‘It’s The Singing Budgies – take that, own it and go out.’ And we did this little gig and I was so inexperienced at doing live performance – I feel like my career is backwards, I started successful and then I had to learn everything in front of everyone. But, I mean, he was uber-uber famous – he was an icon already – and he was in the middle of the audience just gazing up at me and just willing me – willing me – with all of his heart, and his love, to do well. And he believed in me. And it was a time when so many people didn’t.” 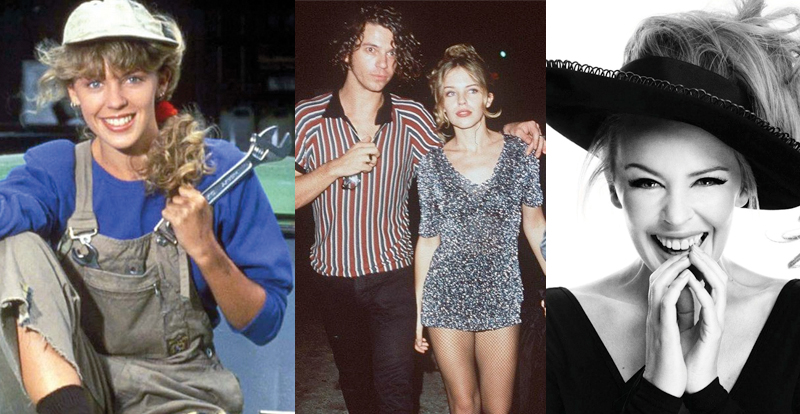 L-R: Kylie as Charlene Mitchell on the set of Neighbours, 1987; with partner Michael Hutchence, 1990; recreating her debut album cover, 2012

Kylie has included a cover of Need You Tonight by INXS in her own setlists over the years and explained during this radio programme, “Some wisdom he imparted to me was, he said, ‘You know, it’s okay to be still; there’s a lot of power in the stillness,’ and so when I perform this song I don’t move from the microphone stand. The song is perfect and it was lovely to kind of dedicate that to him every night.”

Suicide Blonde by INXS was inspired by Kylie. The pair met just after filming had wrapped on The Delinquents and Kylie remembers telling Michael that her hairdresser called the colour of the wig she had to wear to play her character, Lola Lovell, ‘suicide blonde’. The couple actually made their public debut at this film’s premiere.

Just like her idol Madonna, Kylie is famous for constantly reinventing herself through both her music and fashion choices. Thanks to her recent, chart-topping DISCO album, Kylie became the first woman to top the UK album chart five decades in a row. When her 15th studio album debuted at #1 in Australia, Kylie also secured the record for most #1s on the ARIA Albums Chart. 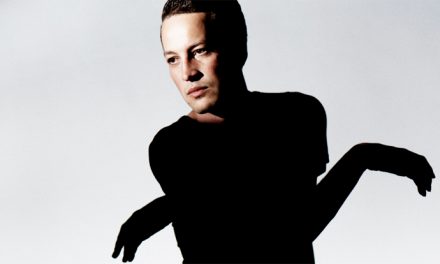 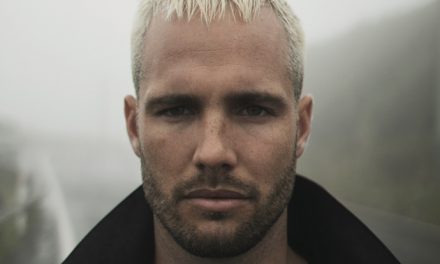 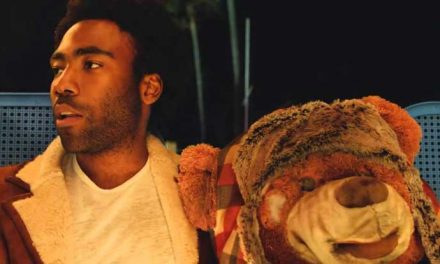 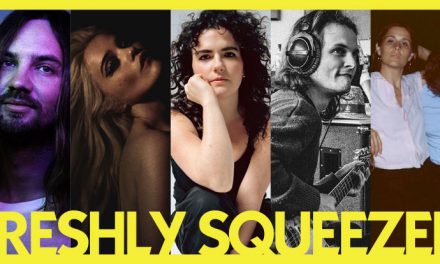