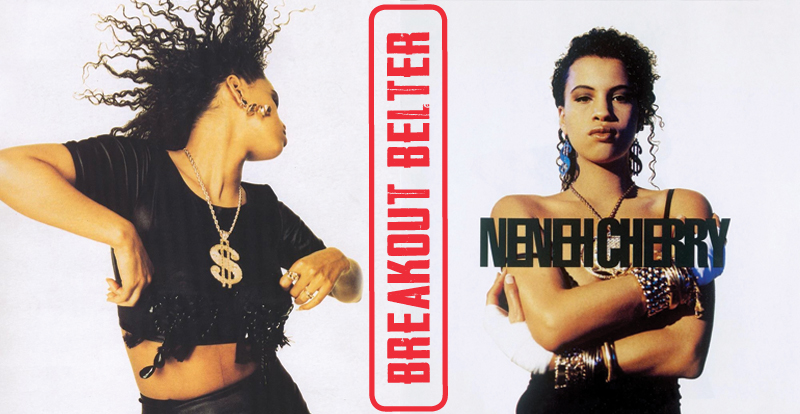 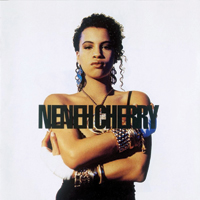 In this gleaming-new feature, Bryget Chrisfield explores a favourite record which spelled the lift-off to cultural stardom for an important artist. This month: Neneh Cherry’s Raw Like Sushi (1989).

While we waited for Julia Jacklin to hit the stage at her sold-out show at Melbourne’s Forum last month, Neneh Cherry’s 1988 single Buffalo Stance blasted through the venue sound system speakers and halted chit-chat. Cherry demands, “…stop f–ng scratchin’ and gimme a beat!” before literally introducing hi-hat and tambourine into the mix and then busting out a fierce, observational rap, which illustrates curb life starring a gigolo and “the girls from the block with their nasty curls, wearing padded bras, sucking beer through straws, droppin’ down their drawers…”

This song takes me back to a family holiday in Bali during which I purchased the Swedish singer-songwriter/rapper’s debut, breakout album Raw Like Sushi, as part of a ten-for deal on bootleg cassettes (sorry, Neneh, I was a povo student aged 18). Cherry’s pouting image on the album’s cover – shot by fashion photographer Jean-Baptiste Mondino – exuded “don’t you get fresh with me” ‘tude, daring me not to include her cassette within my selection. She’s also hugging herself, and I wondered whether this was a demonstration of said ‘Buffalo Stance’. The single pays tribute to Ray Petri’s bohemian crew of creatives – labelled ‘Buffalo’ – which included Cherry and her husband/producer Cameron “Booga Bear” McVey, who first met at Heathrow airport en route to Japan to model for the London designer.

But Buffalo Stance started its life as the B-side remix of a Stock Aitken Waterman-produced Morgan/McVey song, Looking Good Diving (1987), before Tim Simenon (Bomb The Bass) reworked, cut-up and then spliced its parts back together, tailoring the song specifically for Cherry.

Around the time of Raw Like Sushi‘s release, the female recording artists who dominated the charts tended to fall into one of three categories: deliberately provocative (Madonna), girl next door (Kylie before Michael Hutchence made her sexy) or wilfully kooky (Cyndi Lauper), but Cherry exuded streetwise sophistication and alluring ‘take it or leave it’ sass. On the album’s bonus track My Bitch, Cherry articulately calls out a philanderer: “Why is it you gotta treat ladies like they hangin’ off the meat rack?”

Despite being released pre-streaming – back when albums would often be purchased on the strength of one single, only to then be exchanged at Brashs once you realised the rest of the tracks were pure shite – not one of Raw Like Sushi‘s 11 tracks is filler. Off the back of this album, Cherry was nominated for Best New Artist at the 32nd Grammy Awards, but Milli Vanilli won on the night before being stripped of their trophy once it was revealed the duo were lip syncing someone else’s songs. Cherry did collect two 1990 Brit Awards, however, and had her stylist Judy Blame melt one down to turn into jewellery.

Embracing her African, European and American heritage, Cherry flitted between New York City and Stockholm in her younger years, before settling in London when she moved into a Battersea squat with The Slits’ fearless teen vocalist Ari Up. It was when her stepfather, jazz trumpeter Don Cherry, toured the UK with The Slits and took a then-15- year-old Neneh along that she instantly bonded with the girls, even joining the band for a spell.

At 18 – the age when I was most often busted practising my Buffalo Stance in the mirror – Cherry gave birth to her first child. She now has three daughters – Naima, Tyson and Mabel (the latter a rising R’n’B star whose latest single Don’t Call Me Up peaked at #3 on the UK Singles Chart) – and is also a grandmother: “Who’s looking good today? Who’s looking good in every way?…” 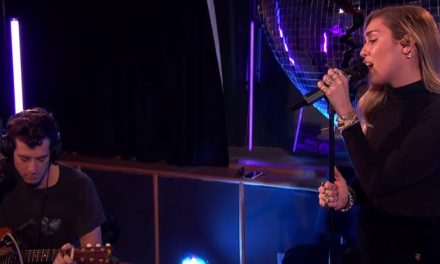 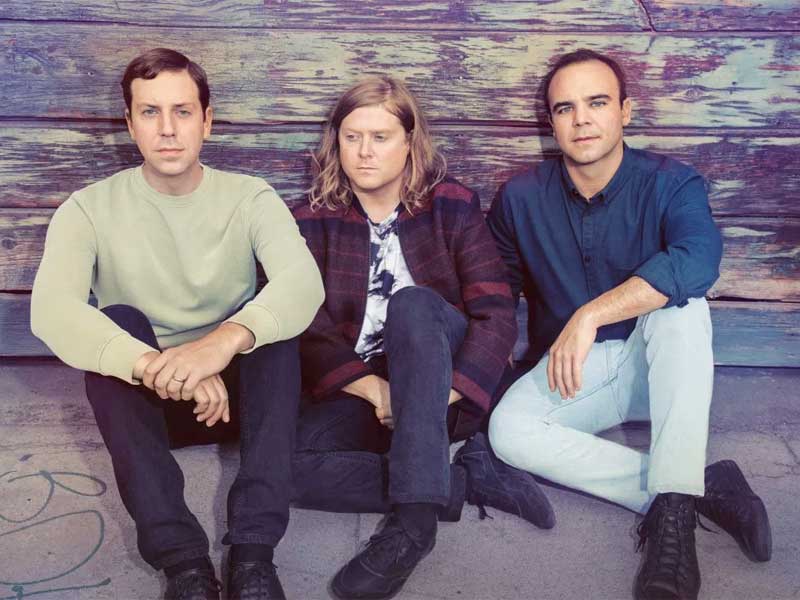