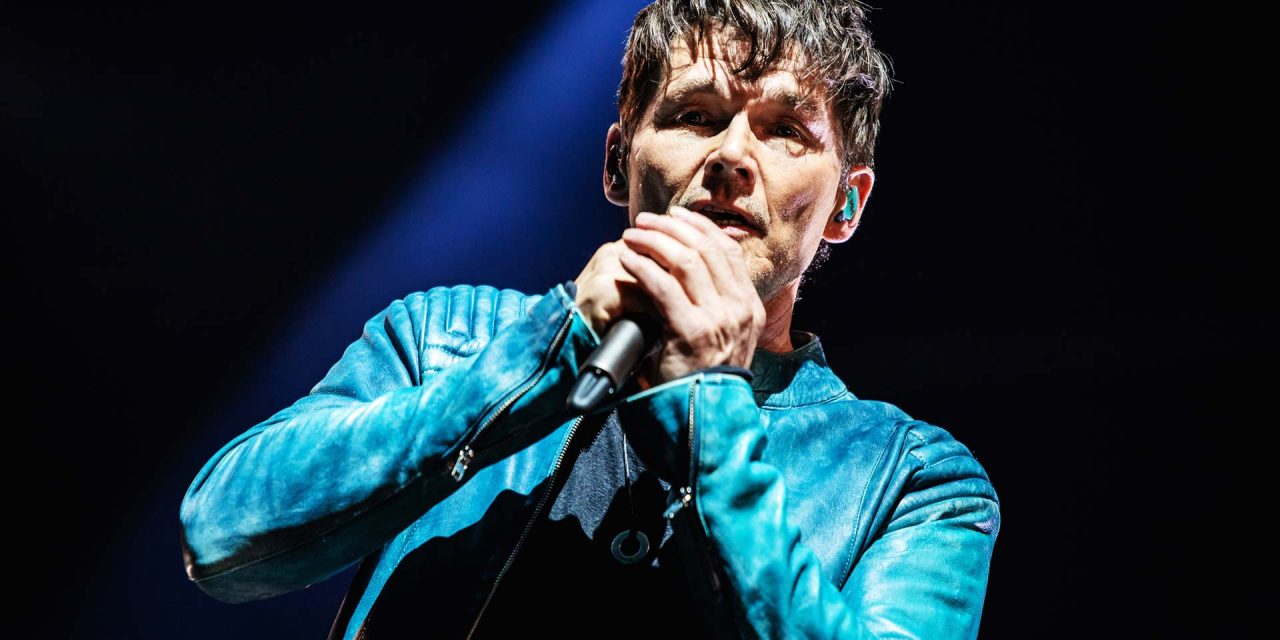 Astley hits the stage first complete with a backing band of guns including an astoundingly talented backing vocals duo sporting matching INXS T-shirts, black leather cargo pants and ankle boots. Astley’s soulful baritone is a joy to experience live as he delivers a string of hits, including opener Together Forever, She Wants to Dance with Me (which transforms into a mighty mash-up thanks to those backing vocalists absolutely nailing Lizzo’s Juice) and the irrepressible Whenever You Need Somebody (which is mashed up with Chic’s Good Times). When Astley mock-suggestively strokes his outer thigh while singing, “You. Will. Never. Know. Just how good I feeeeeel,” it’s comedy gold.

The smartphone torches come out during Cry for Help and then Astley dedicates Angels on My Side to his band, explaining that he always feels supported thanks to their collective ability. Astley then reveals that when he first saw one of INXS’s music videos he immediately realised that he would never be as cool as them before including a killer cover of New Sensation in the set. Never Gonna Give You Up is (of course) saved for last and the ‘80s side-stepping combos on display in the crowd are plentiful.

Many fans in attendance had given up hope that they’d ever get to see A-ha live again, so queues at the merch stands are understandably long. The Norwegian band return Down Under, playing their first shows in more than 30 years, to celebrate 35 years since the release of their Hunting High and Low album, which they perform in full – plus more – tonight. This means they kick off the show with Take on Me. We’re immediately taken by Mags Furuholmen’s show-offy one-handed synth playing style; the other hand nonchalantly tapping out a rhythm on his hip. Morten Harket doesn’t get a second to warm up those celestial pipes, either, ‘cause here comes that impossible-to-replicate, sky-high note: “I’ll be goooooooooooone!” Bravo, sir!

Hunting High and Low is stark and heartbreaking – what a vocal performance! The Blue Sky also transports us back to our teenage bedrooms, where walls were decorated from floor to ceiling with Smash Hits clippings of our favourite bands. Remember constantly rewinding and pressing pause on the cassette deck while trying to discern and jot down song lyrics? Ah, the quaintness of Living a Boy’s Adventure Tale!   “Welcome to 1985!” Furuholmen extols. The keyboardist seems chipper, whereas Harket remains brooding – slowly wandering from one side of the stage to the other – throughout the show’s duration. Be still our beating hearts, it’s time for The Sun Always Shines on TV! Harket’s pure, operatic voice gloriously heightens the melancholy beauty of haunting numbers such as Here I Stand and Face the Rain.

Furuholmen hilariously introduces A-ha’s extra keyboardist/MD by remarking, “He’s all up in our business”. When A-ha farewell the ’80s, we wonder how they’ll manage to sustain our interest after the hit-fest we’ve just experienced. Sure, we’re less familiar with this material, but it’s still awesome. The band makes sure they end on a high as well: “See you in – what – 34 years?” Furuholmen jokes and then A-ha close out their encore with punchy, upbeat track The Living Daylights, their James Bond theme. And you better believe we got our hands on one of those faded denim jackets with a subtle A-ha logo embroidered above the right breast pocket – what a score! 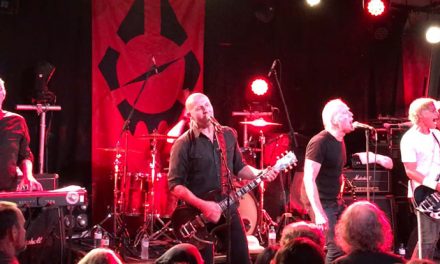 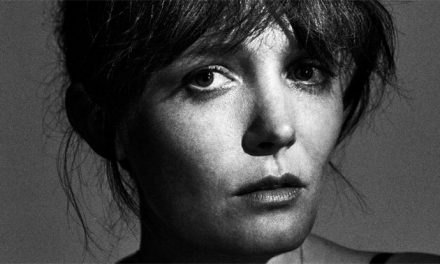