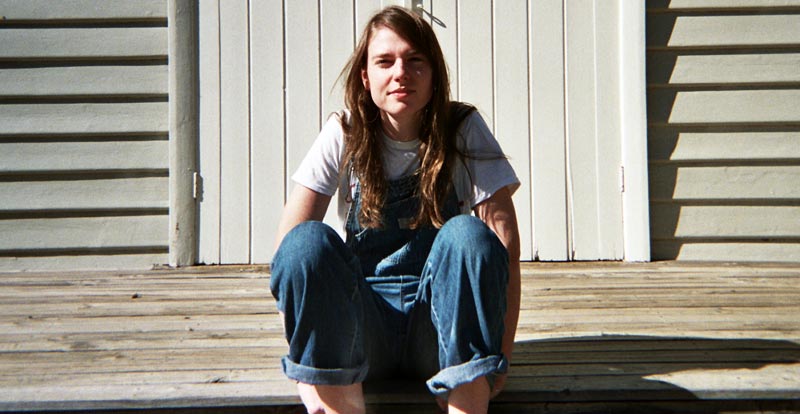 Tonight is a night of firsts for Angie McMahon: first show touring off the back of her stunning Salt debut (from which she plays all album tracks live for the first time), first time playing at Melbourne Recital Centre, first time performing wearing a suit and also first time playing with this fabulous band, which is rounded out by bassist Alex O’Gorman (who produced Salt), drummer Lachlan O’Kane and Oh Pep!’s Olivia Hally on keys/extra guitar. Hally recently taught herself how to play keys, which she does live onstage for the very first time this evening.

It’s also support act Haley Heynderickx’s first tour of our shores. Once onstage, this Portland singer-songwriter tells us she met McMahon on Willie Nelson’s farm in Texas, which is when the seed for warming up her stage was planted. Heynderickx sings a song about being your household’s designated bug remover (The Bug Collector) and another examining the bizarre nature of estate sales – wonderfully eclectic subject matter. She then plays her self-described “pop hit” Oom Sha La La and requests that we join in on the choruses (many do). Her cover of Dylan’s Walking Down the Line enchants. Heynderickx’s voice is powerful, but it’s the occasional pockets of fragility that ensure we find her utterly charming and a little bit dorky.

Accompanied by Cyndi Lauper’s Time After Time by way of intro tape, McMahon and her backing band walk out on stage sporting smart tailored suits in various hues. McMahon precedes her performance with an Acknowledgement of Country before gently strumming and singing Play the Game‘s opening line. Then she hesitates, “Oh, I forgot the words!” The audience chuckles before cheering McMahon on once she returns to this song – even her mistakes are somehow wins! “It had to happen straight away,” she chuckles. Ah, there’s so much love in this room and the Recital Centre’s sublime acoustics accentuate each instrument flourish as it enters the tail end of this song’s arrangement.

“She gives so much of herself – channeling her innermost feelings into storytelling/songwriting – and McMahon’s sometimes-hushed, often despairingly intense vocal delivery expose the tender and passionate recesses of her soul.”

Between songs, while tuning her guitar, McMahon tells us a story about a guy who approached her after a gig in Germany to ask whether he could have his photo taken with her even though his girlfriend – who took the photo – disapproved. He then went on to thumb-stroke her side while said gf captured the shot. “Euw!” the audience collectively reacts before McMahon acknowledges, “Right!? Don’t do that to somebody – unless they are your sexual partner!” She then jests, “Anyway, and then I killed him,” before launching into the rollicking Slow Mover, which gets the crowd singing. McMahon’s diction is spot-on during this one and all on stage clearly get a kick out of performing together in this space. O’Kane’s drumming outro perfectly matches McMahon’s final chords, delivered in suitably exasperated fashion.

McMahon sings Hally’s praises, explaining that her band Oh Pep! has written “some of her favourite songs in existence”. Later on in the show, when McMahon removes the red suit jacket, we notice her Oh Pep! merch tee and she sure does shake those wide-legged strides during this evening’s rockier numbers. The harmonies throughout McMahon’s cover of Neil Young’s Helpless are glorious. A prominent keys part throughout Push adds a funereal veil and McMahon absolutely unleashes on those high notes – we’re shook. When Hally doubles-up on McMahon’s guitar parts during Missing Me (the one that goes: “Loving you is lonely…”), this song reaches out and shakes us.

A brand new song that McMahon performs solo, accompanying herself on guitar, is touching beyond belief (you’ll just have to wait and hear it for yourself). McMahon tells us the backdrop – an Australian rural scene – is actually an enlargement of a photo she took on her iPhone. Gum leaves have been draped around instrument stations and mic stands to further extend the theme. During McMahon’s cover of Fleetwood Mac’s Silver Springs, her band members supply intricate nuances – distant vocal harmonies, drum stick clicks – that make this song her own. Hally and O’Kane are set up in profile, facing in toward McMahon and attentive to her every move.

“It’s all in there, you can just listen,” is how McMahon introduces And I Am a Woman and we’re so lucky that she spills her heart out for us through song.

We’re warned there will only be two more songs – a “big” number, fan-favourite Pasta, followed by “a lullaby” – and just love this trend away from encore fake-outs. “You can whistle along if you like,” McMahon encourages, before stipulating, “To the melody.” Their set finishes as Salt does, with an overarching hopeful tone thanks to If You Call‘s closing lyrics: “All the loving that we’ve earned is gonna keep us breathing.”

Experiencing Angie McMahon and her band live is a beautiful celebration of humanness; particularly flaws, awkwardness and all the self-doubting bullsh-t.

As we file out the venue doors soaking up the outro tape – Lauper’s Girls Just Want to Have Fun – we hope that McMahon enjoyed herself up there on stage as much as we admired and appreciated her everything from the comfort of our seats. 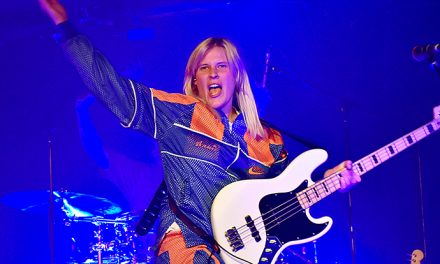 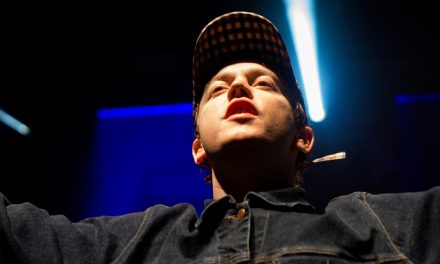 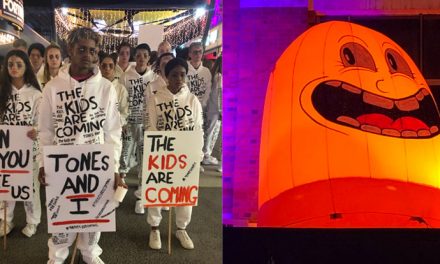