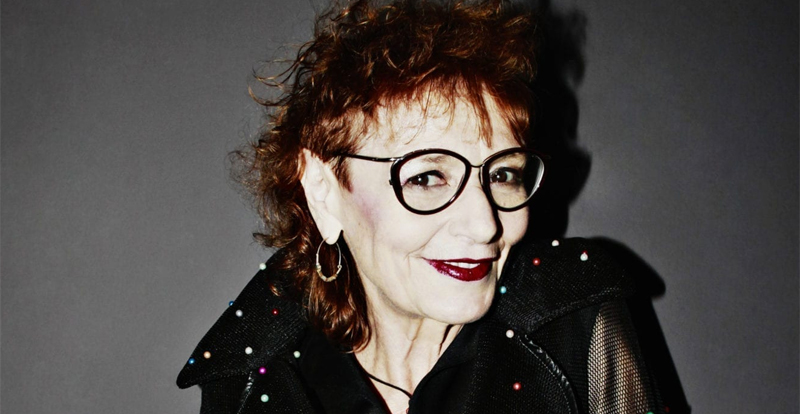 “Like tectonic plates shifting, I believe that new spaces are being created for women and it is absolutely imperative that our voices be heard now,” Vivien Goldman stressed during her BIGSOUND keynote, which saw the Punk Professor pacing around the stage, leaning casually on the lectern and generally just being someone we aspire to be when we grow up.

When Goldman got her start as a music journalist – working for prestigious titles such as NME, Melody Maker and Sounds – Caroline Coon was the only other female byline that would regularly appear in the “inkies” (as Goldman calls them). To illustrate just how much reach and cultural clout these music papers had at the time, Goldman went on to explain that members of the band Television and “the Patti Smith crew” would often wait outside Gem Spa on 2nd Avenue for the New York delivery of Sounds magazine. But Goldman admitted she also went through quite a number of “traumatic experiences” while working at Sounds. During her tenure as Features Editor for the paper, Goldman said her attempts to write about women in music were met with resistance: “Women don’t buy music and women don’t make music; women don’t buy our paper,” she was told.

During this time, Goldman interviewed Stevie Nicks (“I got to take her thrift shopping in the Portobello Road, and she was a gas”) and Gladys Knight. “Other than that it was completely Boys’ Town,” she recalled.

Although the advent of punk ushered in a slew of female artists – such as Neneh Cherry, Delta 5, The Raincoats, Au Pairs and The Slits – Goldman stressed, “At that time, I can tell you, guys didn’t like it.”

Goldman believes it was advances in technology – specifically being able to record your own music at home straight onto cassette tape – that opened the doors for a surge of female artists. Then the invention of synthesisers helped more female artists such as Little Boots and MIA to work autonomously, push through “cultural gatekeepers” (who were traditionally male), and post songs/videos to MySpace.

Even though the Internet assisted female artists in accessing the tools that they needed to create, Goldman pointed out this also came at a time when “it’s incredibly easy to be drowned out.”

While discussing the rise of the indie label, Goldman praised Rough Trade founder Geoff Travis as someone who “wanted to hear women’s voices.”

Later on in her keynote speech, Goldman revealed she found writing her book – Revenge Of The She-Punks: A Feminist Music History From Poly Styrene To Pussy Riot, which explores “how punk empowered and liberated female artists” – traumatic at times. “I got really choked-up when I was writing the section on Jamaica,” she admitted. Reflecting on the Jamaican artists who shaped her own life – Bob Marley (Goldman was his first UK publicist), Dennis Brown, Gregory Isaacs and Tapper Zukie – Goldman explained she had a sudden realisation that there must also have been many female artists in Jamaica around that time who were never given a chance to record. “If you weren’t shagging a producer – or weren’t the sister of a producer – you didn’t get recorded, you didn’t have a career,” she stated.

Providing a more recent example of female artists being ‘silenced’, Goldman then discussed the plight of Pragaash, a Kashmiri rock band formed by three teenage high-school girls. Sadly, Pragaash disbanded in 2013 for the safety of their families after a fatwa was issued for them by the state.

During the post-keynote Q&A, 4ZZZ’s Grace Pashley informed Goldman of this Brisbane community radio station’s quota, which ensures 50% of all music played is by female artists. “I hope we don’t need them [quotas] in the future, but for now I think they’re useful,” the 4ZZZ Station Manager concluded.

When asked how women can continue to fight to be heard, Goldman replied, “I very much believe that the answer lies in community… People, together, can create a little scene that gets noticed.”

Goldman urged the blokes in attendance to “try and give the work of women a little extra push” as we all work towards creating “a more level playing field” for every single artist on the planet.

“Build the confidence in your skills; then you know that you’re in the right place for a reason.”

“You have to do the work, it’s gotta be good enough… The only way to overcome the ageism is to ignore it.”

“If you start off being a punk and playing punk music, you get to a certain point where you’ve gotta be post-punk, because you improve, you know?”

“I personally believe, [as much as] we love people like The Clash and the Sex Pistols, they were just a new iteration of everything we’d been through with The Beatles and The Rolling Stones. However when we talk about the women coming up, they were making an entirely new paradigm.”

“You know how there’s a well-known expression, ‘The Future Is Female’? Well, I’d like to say that the time for the female is right now.”

Vivien Goldman has previously released music under her own name, with The Flying Lizards and also Chantage. Keep an ear out for her forthcoming album, produced by Martin “Youth” Glover. 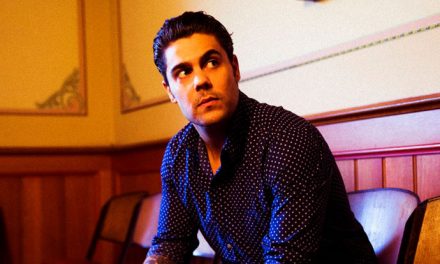 Since the days of the N64, Nintendo have released several Poké-themed consoles, many of which look stunning. ... See MoreSee Less

The Pokéball 2DS XL would be my personal favourite Pokémon design console. On the top it has a button you can press that does absolutely nothing. 😂

Equal parts self-reflective and self-deprecating, 'Extreme Witchcraft' is proof that Eels are as essential now as they were in the '90s. ... See MoreSee Less

He penned Independence Day, Stargate, Universal Soldier and Geostorm, now Dean Devlin is set to get all sci-fi actiontastic with a new series, entitled The Ark. ... See MoreSee Less

Good name on that bloke