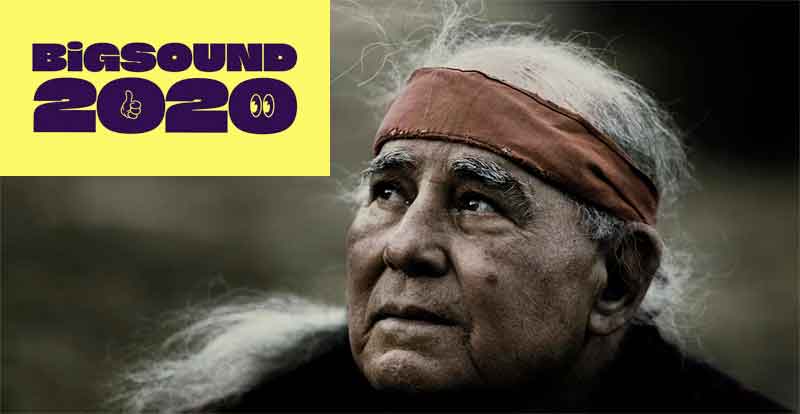 How it went down: Kev Carmody keynote @ BIGSOUND ’20

Kev Carmody is probably best known for this Australian protest song – with a catchy chorus that swirls into an irresistible sing-a-long moment whenever it’s performed live – which he co-wrote with Paul Kelly. From Little Things Big Things Grow is based on the 1966 Gurindji Strike (AKA the Wave Hill walk-off). With a particular focus on the story of Vincent Lingiari (the Gurindji leader of the strikers), From Little Things Big Things Grow has come to represent the broader movement for Indigenous equality and land rights in Australia. In 2010, the track was added to the National Film & Sound Archive’s Sounds of Australia registry.

In conversation with Brisbane-based artist/programmer Alethea Beetson, a Kabi Kabi and Wiradjuri woman, for BIGSOUND ’20, Carmody recalled being warned against releasing political songs “’cause they won’t sell.” He also explained how he felt hearing the reimagined versions of his songs for the recent Cannot Buy My Soul re-release: “Oh, it makes your heart thump, I can tell you that. To hear those younger people interpreting it – it becomes their song then and in that sense it becomes our song, not Kev Carmody’s song. It’s that oral tradition of passing it on from one generation to the other. The theme’ll stay basically the same, but they’ll put their own words to it and melodically it goes where they want it to go and it’s reinterpreted. But, again, we’ve done it for thousands and thousands and thousands and thousands of years like every other culture before the written language came in.

“But, like, to hear their versions of it, I mean, Electric Fields just floored me. Hey, when I heard that old man’s voice – they got special permission – when I heard that, I thought, ‘Oh my god, that old man’s spirit – it’s speakin’ to us’. ‘Cause I remember hearing him say it when he was sitting on the ground barefoot, black long trousers on, and the ABC was filming him back in the ’70s or whenever, he just said, ‘What before Lord Vestey born and I born? Dis was blackfella country.’ Now that’s land rights, that’s all the academic professorships and books and goodness knows what all – that’s in that little phrase… That’s a statement from the heart, isn’t it?”

Electric Fields, STACK‘s standout act from BIGSOUND ’19, included some snippets of the voice of Lingiari in their version of From Little Things Big Things Grow, with some sections of the song sung in Pitjantjatjara language.

Reflecting back on his career, Carmody acknowledged the role of community radio in providing support for Indigenous music. In Carmody’s case it was the Murri Hour on 4ZZZ, which aired from 1984 to 1993, that gave him a platform. “I’d just walk down with the guitar and we’d have a yarn on the station,” he shared.

Since Carmody’s radio performances would be recorded to tape, they could then be shared with other radio stations for potential airplay around the country. Carmody also singled out Radio Redfern as valuable early supporters of his work. “I didn’t record ’til about 1988 when the bicentennial was coming,” Carmody – who was in his 40s when he started recording – revealed. “And, again, we paid for it ourselves and they did it on a little eight-track recorder.”

The ABC and Triple J eventually picked up this recording, but Carmody stressed, “Commercial radio – that was, like, very rigid but very subtle censorship – they wouldn’t play it. Like Paul Kelly’ll tell ya, with that song From Little Things… he’d never heard it for years and years and years – same with me, never heard it on radio, except community radio. And then all of a sudden the damn audience was yelling out, ‘Play From Little Things…!’ And we thought, ‘Oh, jeez, we better start playing this thing on stage!’… It came from the bottom up, if you know what I mean.”

When Beetson asked Carmody to offer some advice for emerging artists, he defined songwriting as an “expression of identity” before suggesting, “Just keep singing from the heart, you know, what you feel – not so much up here [pointing to his head], what you think, and what you’re told to think, and people telling you who you should be, and what you should be, and how you should be doin’ stuff; just do it from the heart… Don’t be swayed by the trends, go and do your own thing… Don’t worry about obstacles that people put in front of you, or you put in front of you yourself. Sometimes you’re putting the obstacle there – you’re putting your own fence up, you know. Just make your fence with heaps of gates in it – just a series of gates, so you can go, ‘Oh, jeez, I can go through this one, I can go through that one.’ Don’t box yourself in, sound-wise or musically or lyrically, just go for it; tell the truth.”

Discover the songs of Kev Carmody at JB Hi-Fi 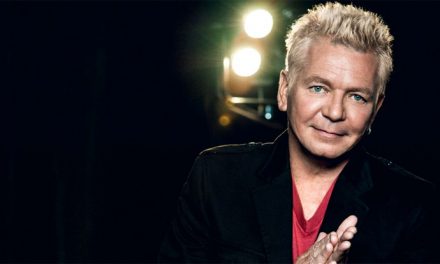 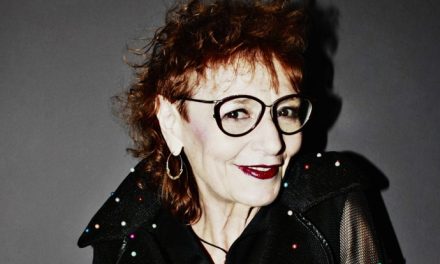