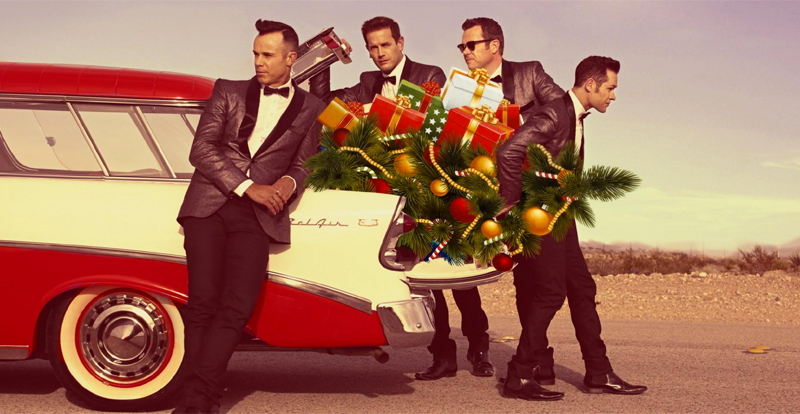 After we settle into our booth at The Palms, a suitably corny, Christmas-themed rhyming intro booms through the venue sound system, introducing Human Nature and outlining the specific talents of each member: brothers Andrew and Mike Tierney, Phil Burton and Toby Allen.

Four besuited gentlemen materialise, evenly distributed along the aisle that separates this venue’s elevated booths from the floor section – and we just assume they are security guards. Then four spotlights illuminate these figures. It’s Human Nature!

Sporting Christmas scarves over their suits, the quartet launch into an a cappella version of Have Yourself A Merry Little Christmas and audience members can barely contain their excitement over the prospect of meaningful eye contact, or even a hand shake, from a member of the first ever boy band to be inducted into the ARIA Hall Of Fame.

After they make their way back to the stage, Human Nature remove their festive scarves to launch into the show, during which some members of their superb six-piece backing band even get involved with some synchronised dance moves! A front-row punter throws four pairs of undies up onto the stage; they’re personalised, each pair emblazoned with a Human Nature bandmembers’ name.

Winter Wonderland is given a summery Aussie twist thanks to lyrical changes, while a Jukebox section features Will You Still Love Me Tomorrow, Under The Boardwalk and the ridiculously infectious Runaround Sue. Choreography is intricate throughout, showing off the guys’ skills while still allowing each member’s individual personality and style to shine through. Human Nature’s version of Wham!’s Last Christmas showcases the group’s blissful harmonies.

Human Nature celebrate 30 years as a band this year, releasing Still Telling Everybody: 30 Years Of Hits last month to mark this impressive achievement. When a photo of the group back in their early days flashes up on the giant screen – featuring Andrew standing on a red stool to bring him up to the height of the others – it’s cuteness overload, and many in the crowd reach for their cameraphones. To perform their own Tellin’ Everybody, Human Nature remove their bow ties and then perch across the front of the stage, legs dangling over the edge. Crowd favourite Every Time You Cry attracts endless applause, and a surprise guest appearance by Farnsy is the only thing that could’ve made this song better.

The group put on daggy Christmas vests with lights sewn into them – allegedly knitted by Toby – and a punter is selected from the crowd to join them up on stage to sing parts of Rudolph The Red-Nosed Reindeer whenever a microphone is directed his way.

Those who visit the merch desk to procure souvenirs during intermission are delighted to discover Human Nature Christmas baubles and aprons alongside the more traditional T-shirt and CD options.

Act II opens with the Tierney brothers performing a duet (I’ll Be Home For Christmas), which allows us to fully appreciate their individual vocal chops. Allen then arrives on stage wearing a Christmas onesie and red elf slippers, singing Let It Snow before Burton takes the mic for his time to shine via a solo rendition of Please Come Home For Christmas. Once all four Human Nature members return to the stage, they dedicate Silent Night O Holy Night to their kids, and it’s emotional.

Human Nature’s mentor, Smokey Robinson, aptly introduces the Motown section of the show via a clip on the giant screen, and it’s in this world that they truly hit their stride. During My Girl, Ain’t No Mountain High Enough, Uptight and Dancing In The Street, the quartet’s performance is super-slick and polished to perfection; the vocal group have performed over 2,000 shows on the Las Vegas Strip – practice definitely makes perfect. We all jump to our feet when they take time out to teach us their chorus dance moves for Stop In The Name Of Love. 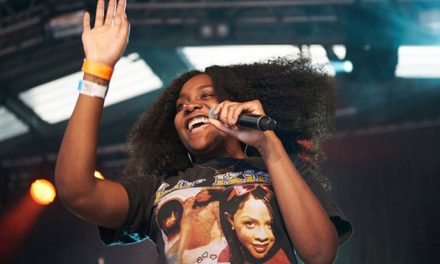 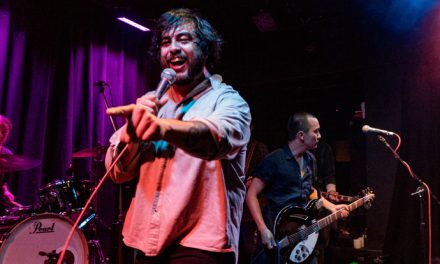 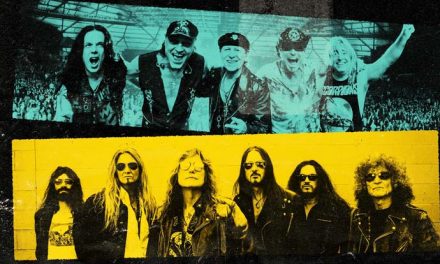 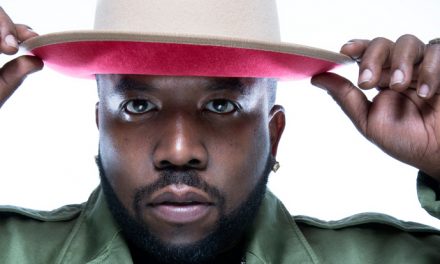