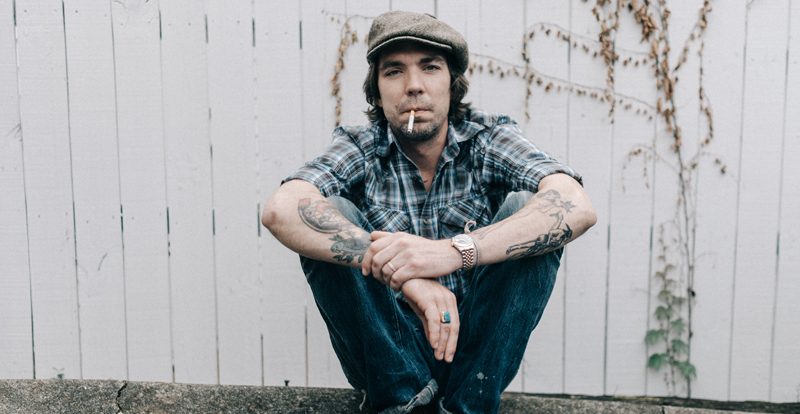 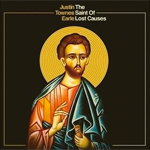 The man of the hour, Justin Townes Earle, takes the stage solo with his guitar and inquires, “How’s everybody doin’?”

After referring to The Courier-Mail Spiegeltent as “a government building” (he got told-off for smoking in the vicinity, we later find out), Townes Earle advises we shouldn’t take his referring to us as “motherf-ckers” as an insult. He has a cheeky glint in his eye, an evil chuckle, and bucketloads of charisma.

Opener Flint City Shake It demonstrates his performance magic before he launches into a song about “getting the hell outta Brooklyn”: One More Night In Brooklyn. Townes Earle’s guitar playing is mesmerising as we follow his phalanges closely, trying to figure out how he configures multiple simultaneous fingerpicked melodies. It comes as no surprise when he later admits: “My hands get crampy sometimes.”

After acknowledging there are a lot of sons and daughters of singer-songwriters that write songs, Townes Earle clarifies, “But they ain’t got the cojones that I have. Balls like church bells, baby!” We know what’s coming, and Am I That Lonely Tonight? – the song he penned about his famous Dad, Steve – breaks our collective hearts.

Townes Earle then cautions those who marginalise “any human being for anything”: “Eventually they’re gonna strike back at you… And if that happens you deserve everything that’s coming to you.” He then concludes, “We’re all just human, baby!” even though his guitar virtuosity could only be described as superhuman. After telling us that everybody in Nashville is lucky he became a musician, Townes Earle confesses: “Otherwise I would’ve been a really dangerous son of a bitch to be around!” There’s a false start, but then The Saint Of Lost Causes captivates. Townes Earle’s eye contact is next-level as his eyeballs continuously roam the crowd as if daring us to look away, even for just one second.

As part of an intro, Townes Earle explains the ramifications of America’s “mandatory minimum” law: If a 16-year-old kid gets caught with over four grams of individually-bagged cocaine, he can wind up being jailed for life. Ahi Esta Mi Nina is Townes Earle’s song written from the point of view of a Puerto Rican man from Alphabet City in New York, who gets off a bus from Clinton Correctional Facility to meet his 16-year-old daughter for the very first time. Townes Earle stresses, “And this does happen!”

They Killed John Henry goes out to Jack Dublin Earle (“a big-ass Texas man”) who he credits as “a great storyteller” who also paved the way for his Dad and Aunty, Stacey Earle.

On whether he’ll do an encore this evening, Townes Earle chuckles: “I ain’t comin’ back and playin’ for a bunch of assholes!” before adding, “Even though you’ve been sittin’ here watchin’ an asshole play!” He then lovingly performs Mama’s Eyes for his “hillbilly” mama (after a couple of hilarious impersonations). His cover of Malcolm Holcolme’s blues tune Who Carried You is old-worldly magnificence, and the dexterity on display throughout the jaunty song that follows wows the crowd. Main-set closer Harlem River Blues concludes with a Townes Earle-prompted audience singalong (“Lord, I’m goin’ uptown to the Harlem River to drown”), which brings a wide smile to his dial.

After the audience clap and stomp their feet, Townes Earle wanders back out – shirtless, to show off his tats – for a two-song encore comprised of The Carter Family’s Gold Watch And Chain and Can’t Hardly Wait by The Replacements. His banter is always on point, but when he shares a typical reply to his ex-wife if she happened to urge him to have a shower and put on underwear – “What am I, the Pope?” – we’re in stitches (but also not exactly queuing up to date him).

Townes Earle is a timeless talent and his storytelling is transformative.

The Saint Of Lost Causes by Justin Townes Earle is out now via New West Records. 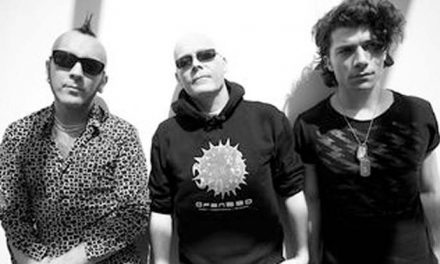 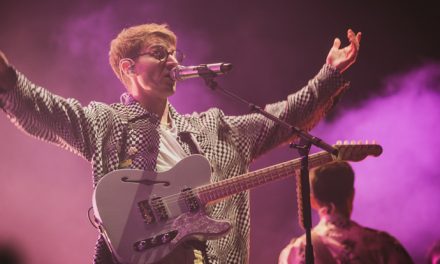 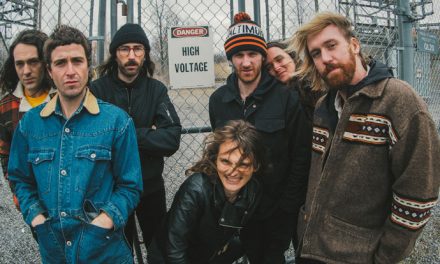 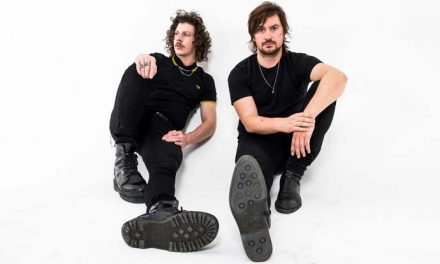