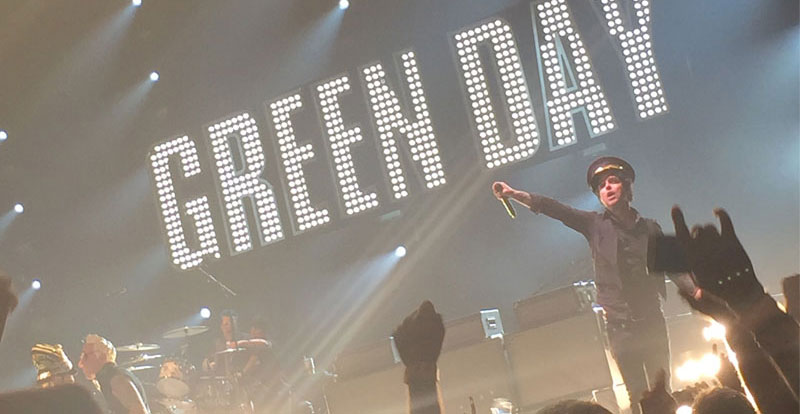 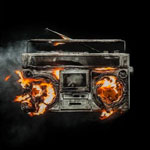 I wouldn’t usually stoop to pluck a pun as low as this, but as someone who has anticipated seeing this band for such a long time, I’m on too much of a high to fight it. So here goes: thank God they chose the colour green, because Green Day were anything but blue last night.

After a warm-up support which featured an anthropomorphic pink bunny in a feather boa dancing to Bohemian Rhapsody, the curtain rose and Billie Joe Armstrong, Mike Dirnt and Tré Cool appeared to the opening slams of Know Your Enemy – and the arena was instantly alight.

There are plenty of fans who’ve awaited Green Day’s headline return since the 21st Century Breakdown tour of 2009 – or haven’t seen them at all. For those devotees, this enormous performance from the triple-decade-strong Californian trio prompted ecstatic responses which ran the gamut of screaming, swearing, jumping and furious headbanging in true angsty style.

The setlist perfected a blend of Green Day’s old school rock with new material that left no stone unturned; they tested old fans with 2000 Light Years Away and She, threw in the classics Holiday, Minority and Basket Case, and received hype at the same elated level for newer tracks Still Breathing and Forever Now.

The pyrotechnics, lights and backdrops went off without a hitch as techs chose to spotlight specific songs like Bang Bang and Hitchin’ a Ride. These were a total hit with the crowd – fans laughed in the face of the ‘no moshing’ signage, throwing horns and clenched fists. It’s a surprise we all walked away unsinged by the outstanding pyrotechnical displays, but as our skins began to crackle from the heat, Billie Joe saved the day with a water blaster, soaking us all. The enormous backdrops peeled off like onion layers, moving deeper into punk imagery with darker colours, before descending into an ocean of pitch black. 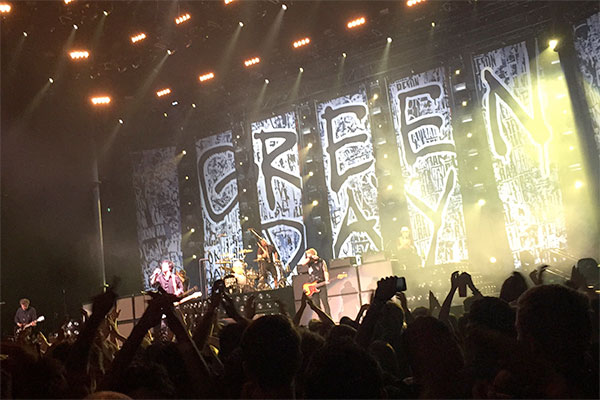 In an impromptu dress-up party for a Shout/Always Look on the Bright Side of Life/(I Can’t Get No) Satisfaction/Hey Jude mash-up set to the backing track of King for a Day (take a second to get your head around that), Mike wore the Bang Bang mask of his own face, and T-shirt guns began popping off. The band verbally blasted Donald Trump, Billie Joe gave his guitar away to a fan who absolutely shredded Knowledge onstage, and the crowd found themselves singing along to Careless Whisper’s iconic riff during an impressive saxophone solo from Jason Freese.

Billie Joe made sure we all understood the night’s themes of freedom and unity: “There’s no such thing as normal anymore, man,” he told us, “because I like all of my freaks, and my f-cking weirdos, and the strangers… Because we all come from f-cked up backgrounds. But tonight we come together, [to] get f-cked up together.”

After they’d sent the evening off with gorgeous acoustic versions of Ordinary World and Good Riddance (Time of Your Life), we hoarsely cheered our thanks to the rockers for an incredibly dynamic, unforgettable night.

Don’t miss this rockin’ show as Green Day make their way around Australia. 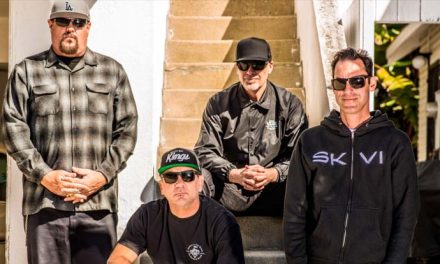 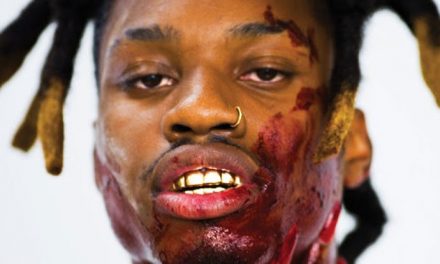