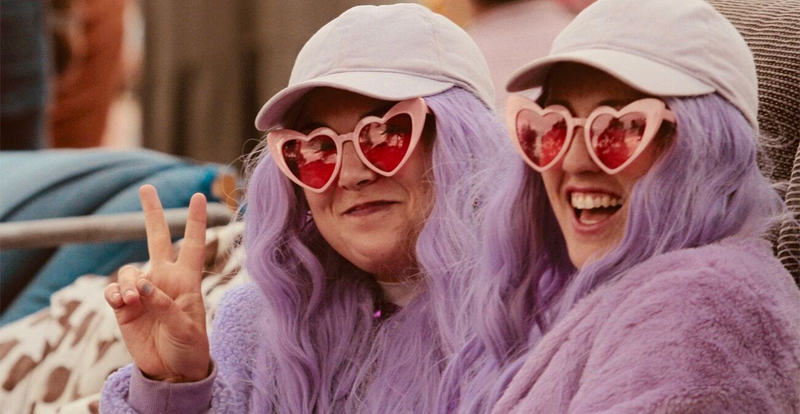 It almost feels like blasphemy to, at my age, have literally anything to say about the soul of Meredith. The Nolan land, the heritage of the space, the memories that have come and gone and been kept in ‘zines and blogs and forgotten in conversations, all pre-date my attendance, let alone the point where I actually found myself in the front row of some local pub show.

In the same way that so much of my adult life has been learning about how I am not entitled to all experiences and perspectives at once, no matter how convenient, my last three years at Meredith (at least as far as being a mUsIc JoUrNaLiSt is concerned) have all felt like lessons in ‘Meredith Theory’, before I could try to speak on what makes this thing so special. 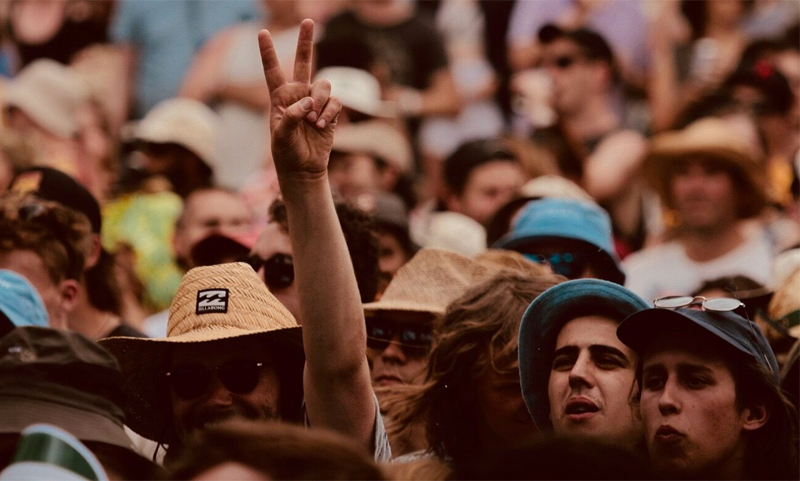 Meredith is nebulous, yet unmistakable. It seemingly exists as a framework through which other discoveries about friendship, experience, performance and community all knit in a way that no other ‘event’ could construct. Look around at Meredith and all you’ll see is trees, tents, eskis, bombed-out people laying on bombed-out couches (depending on how close to the morning we are) – but within the same view, you’d be looking at something that is intrinsically Meredith. Something that sits just outside your vision, woven into the ambience.

Or, you could have a fight with your partner and suffer a crap, three-hour sleep. Festivals is festivals, if you ain’t got time for community mythologising.

It’s difficult to ignore how much the weather can influence your enjoyment of outdoor music. This sh-t is my life-blood; surely if I let these hot-hot rays affect my appreciation, I am, indeed, the poseur I had always feared.

Whether you feel that way or not, Friday was a stinker. People crowded under hastily-assembled marquees, and tracked the shadows cast by the treetops. Everyone was misting everyone. Some heroes even brought out the industrial hip-worn pump bottles, spraying passers-by like gardeners going to town with the Seasol.

It’s a devil’s bargain getting in early to nab a good campsite, and it sought repaying in the long slog to 4pm when The ‘Aints finally took the stage. By the way, I hope you brought some wood and rope because you’re about to crucify me: I know almost literally nothing about The Saints. Seriously, I’m listening to Know Your Product right now and I have never heard this sneering man in my life. Either way, The ‘Aints definitely put the ‘rock and roll with horns’ in ‘rock and roll with horns’, and it was a serviceable if not largely forgettable set. 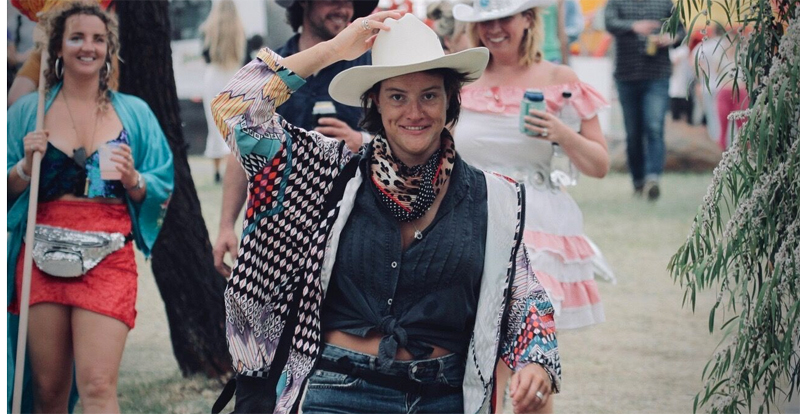 Laura Jean positively shone in the later afternoon. Of course, when you’re experiencing a set pulled wholesale from her gorgeous 2018 return Devotion, it’s hard not to get the butterflies in your belly. The two dancers complimenting the performance didn’t always work out, sometimes looking like they were just kinda making it up as they went (and having fun with it, so fair play). You Make Me Feel and Devotion were completely deserving of a few early boots, as Jean howled away on a saxophone.

Mim Suleiman went by like one long blur of Zanzibarian flair and infectious rhythm – it was a good blur. My mate thought she was lip-syncing, but we’re here for a good time, not a long time, so we’re going with whatever sounds best.

I dipped in and out of the ‘Sup during Panda Bear (who I’m told was an absolute drag). You know the drill: get some food, get some heatstroke, get some hydralyte – the usual deal. My 38-degree stupor found remedy in the Pink Flamingo bar, overlooking the crest of the ‘Sup, and it was from there that I watched The Breeders. A friend said he liked it, but felt like they never really “went for it.” To me it sounded like the background music in a ‘90s college movie – lots of ‘tude my dude, or something.

The Seven Ups delivered a technically impressive line-up of brass-belting and guitar-shredding, but my heart was with Pond before they even set foot on the stage. Say what you want about the psychedelic ‘whoa dude’ persona, but Nicholas Allbrook turned in an infinitely enjoyable performance. He’s like a newly discovered species: skittering about the stage, appearing about to explode out of his own skin. The speakers loved it too, with each screeching synthesizer and warbling arpeggio booming out in unity with Allbrook’s ridiculous gesturing.

And that was when I found myself up the hill, down the path, into the boot of my car, and fast asleep. Yaeji was apparently hotly anticipated, or perhaps just Raingurl . Either way, I’m told she was “Yeah, good man, I reckon. I was pretty out of it, though.” 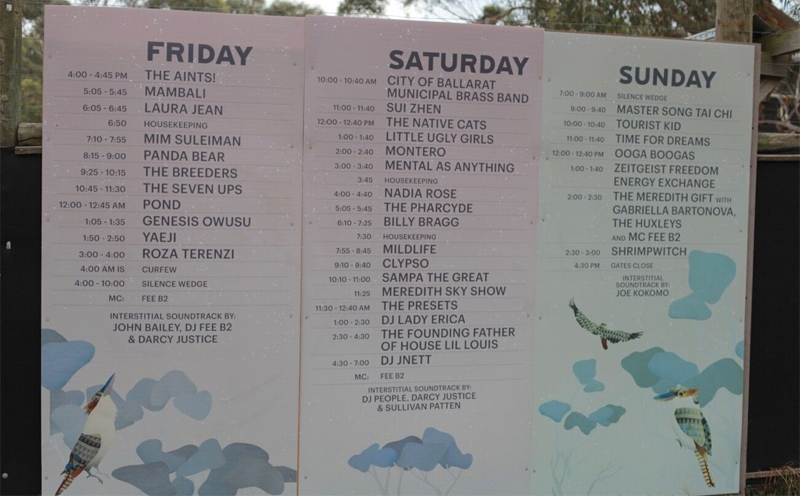 Saturday started with a fear. What if the sun returns? What if it does to us today what it did yesterday? Dear Lord. ‘Fear not’, said the blessed cool change of intermittent reliability. The weather was weird, is what I’m saying.

Sui Zhen and Montero served as a noon greeting to the amphitheatre, the former losing me somewhat despite my anticipation of her. Sui Zhen is an incomparable artist always worthy of your time, but the double serving of new material and a freaky-deaky masked doppelganger left me cold. Montero (you may also know him as this cartoonist) performed an effortlessly fun set of his 2018 debut album – his childish, twee sensibilities in full force, sparkling glam piano chords and all.

Mental as Anything managed to exude more personality than anyone else I’ve seen in the dad slot, with Andrew Smith’s first order of business being to pour a cup of tea from much higher than is practical. Live It Up held up, and got the boot from me. What can I say? My mum loves that song. Also snuck in there was a pretty rollicking cover of Folsom Prison Blues which went down a treat. Come to think of it, I don’t think Smith ever even drank the tea..?

Nadia Rose and her crew owned the stage with such confidence that it wasn’t even a big deal when she kicked her shoe off into someone’s head. The Pharcyde set themselves up for a few awkward moments with a live vinyl DJ, lots of call-and-response requests (“When I say Phar, you say Cyde!”), and the fact that Imani just kind of started shutting down near the end of the set, positively drenched in sweat. They’ve got a lot of heart though, which I commend. 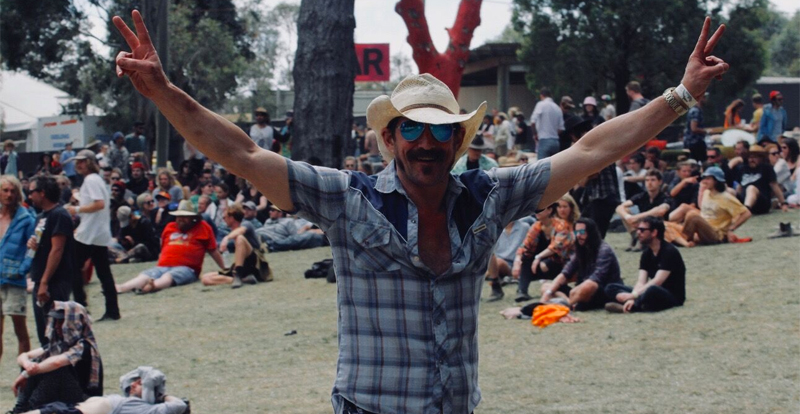 Billy Bragg has been doing this stuff since ‘83 or something, and it shows. He blended passionate diatribes, heartfelt sing–longs, and wry, self-aware humour into a set that really just ended up feeling like a chat with a particularly political uncle. The crowd wailed A New England and we all decide to smash the state – it was a good ol’ time.

However: I think Mildlife won Meredith this year. The sheer technical skill on display in these songs – whilst also being so intensely danceable – got the Melbourne act a veritable sea of boots. Guitarist and flutist Adam Halliwell deserves special mention here for his combined jazz-influenced noodling and vocoder contributions, sending these spaced-out grooves even further off into the nebula. It reminded me of the same all-crowd-inclusive domination which BADBADNOTGOOD pulled off back in 2016, with their similarly eclectic take on jazz and hip hop.

The Presets have probably been playing some rough version of their set for almost a decade now, and the perfection shows. After opening with Talk Like That (allaying fears of a ‘just the new stuff’ set), The duo provided a chaotic, neon-drenched odyssey through some proper hotness: effortlessly fun, grimey when it needed to be, and vibrating always. My People, Until the Dark and Martini could all be called highlights, but the tightness of the entire performance meant there wasn’t a moment wasted.

That said, you could’ve missed all of this and just plonked yourself in a camp chair, watching beautiful sunsets on the strip, and eating panzerottis. And that’s the beauty of Meredith: you can make what you want of it, music or expectations be damned. Sure, there’s a stage, but there are also friends, and finding Aunty your own way is what counts. 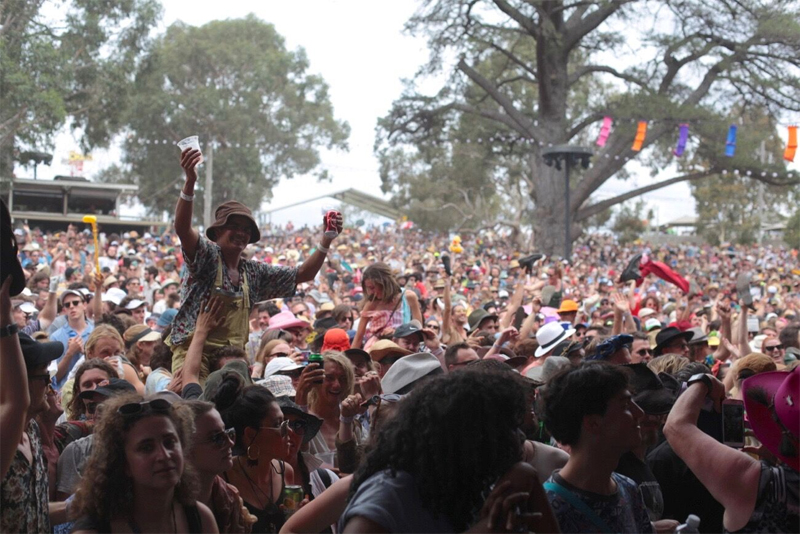 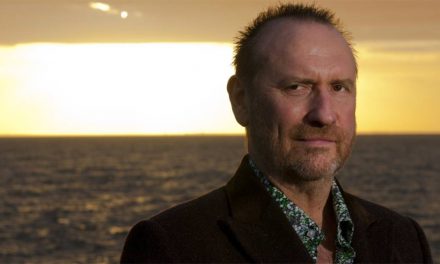 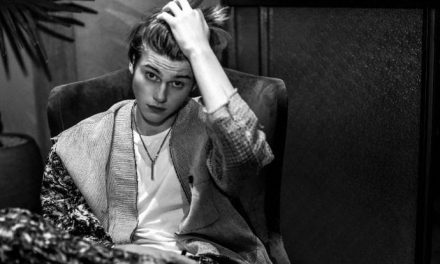