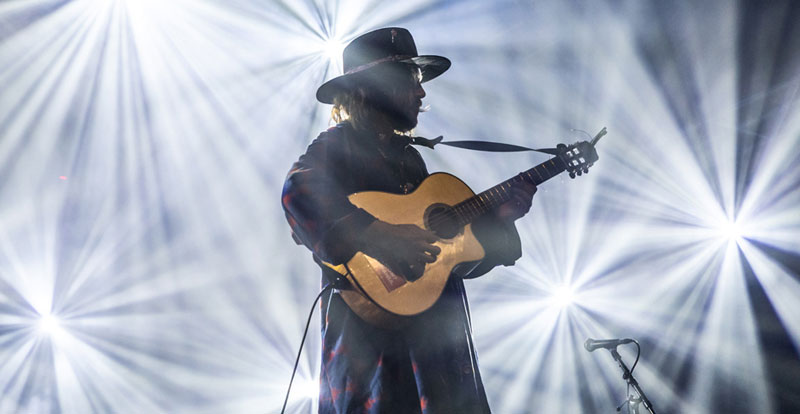 After being postponed for two whole years due to circumstances beyond their control, Bluesfest is finally back! Woo-HOO!

Only a couple of the stages are open for Day 1; it’s all about easing into it, reacquainting ourselves with this glorious Byron Events Farm festival site, getting our bearings and sussing out sight-lines. There’s a delectable array of food trucks to choose from (the Byron Bay Organic Doughnuts stand is worth the trip up from Melbourne alone!) and the vast array of market stalls never ceases to amaze (MacDaddy Stomp Box, anyone?).

Inside one tent, a group of youngsters bond while doing cartwheels and comparing acrobatic skills before an absolute dude shows them all up with a perfectly executed roundoff backflip combo. We also spot kiddies snoozing peacefully under blankets in trolleys while mums and dads park them up and party on. What a vibe! Live music and multi-day, multi-stage festivals are back, baby! Check out our Top 3 MVPs: three acts that completely blew our socks off straight out the gate.

Check out our ace gallery of snaps from Bluesfest’s first day! 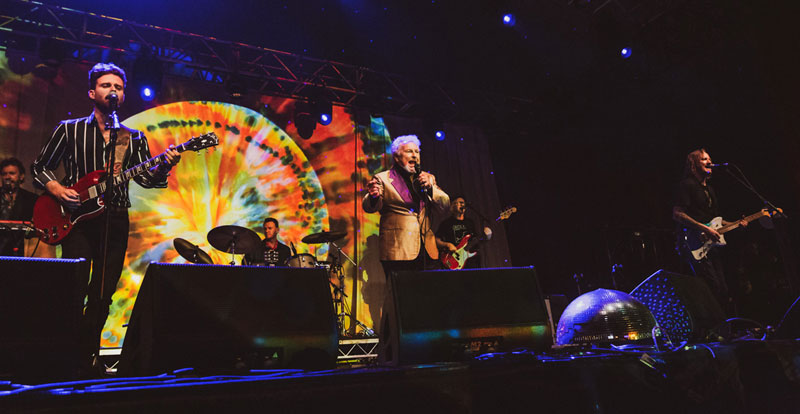 “Now listen/ Oh we’re steppin’ out/ I’m gonna turn around/ Gonna turn ‘round once and we do the Eagle Rock.”

It’s more than 50 years since one of Ross Wilson’s legendary bands, Daddy Cool, formed and hence the lead singer (and mad harmonica player) sports a spiffy, half-decade-anniversary-appropriate gold jacket. The hits come thick and fast – Come Back Again (with its quirky chorus melody that sounds like a tween dude’s voice breaking (“…I’m just CRA-zy ‘BOUT ya, BABE!”); Chemistry, resplendent with Doctor Who-channeling synth wizardry; and Cool World, which is a contender for audience singalong of the festi and shows off Wilson’s effortless upper register with aplomb – he’s certainly still got it!

In between this fine selection of songs from his Daddy Cool, Mondo Rock and solo catalogues, Wilson – a two-time ARIA Hall Of Fame inductee (individually and with Daddy Cool) – tells amusing autobiographical anecdotes (including the fact that their American label wasn’t too keen on the album title for Daddy Cool’s second album, Sex, Dope, Rock’n’Roll: Teenage Heaven, which they suggested should be shortened to the way-more-innocent ‘Teenage Heaven’) and it’s a big ol’ party up there on stage.

Then Wilson & The Peaceniks launch into their penultimate track, Mondo Rock’s Come Said The Boy, and the Bluesfest massive absolutely lift the roof off Delta tent with their enthusiastic “WOAH-OH-OH-OH!” singalong as all arms sway overhead, left-to-right, in unison. Nothing could top that, right? WRONG! After Wilson quickly demonstrates how he came up with that cheeky, circular guitar riff that inspired Daddy Cool’s most iconic song, Eagle Rock, we clap along and bust out the daggy dancing, collectively losing our sh-t in appreciation for this irrepressible banger from The Great Australian Songbook. Then Wilson encourages the crowd to take a chorus, a cappella, and we’re reminded just how much we’ve missed this kind of joyous community spirit.

Hot tip: There are still a few upcoming dates on Ross Wilson & The Peaceniks’ Eagle Rock 50th Anniversary tour – Perth, Victoria, and Tassie. We strongly suggest you get involved. 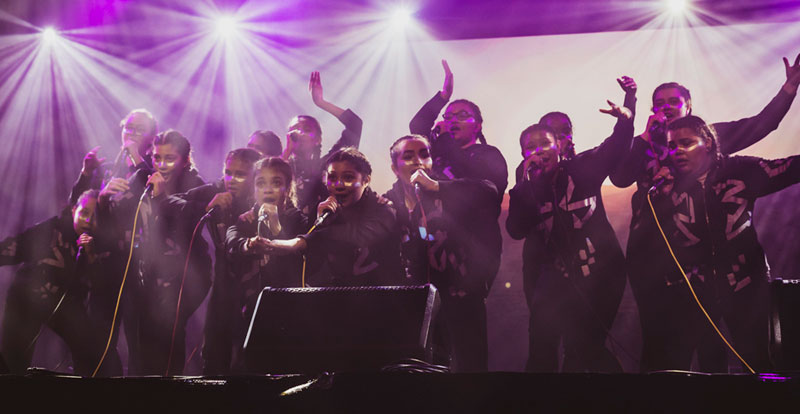 After parking the car, we hear some seriously heavenly harmonies floating by on the breeze. So as soon as we’re all wristbanded-up and onsite, we decide to investigate further and follow our ears like a cartoon character might follow the waft of a delicious pie.

Voila! We arrive at Mojo tent just in time to catch the sublime Emma Donovan supplying guest lead vocals on a cover of The Warumpi Band’s My Island Home during Spinifex Gum’s outstanding set. The sound of Marliya – a 16-strong choir of young indigenous female singers from the Far North Queensland and Torres Strait Islands – would be enchanting enough on its own, but their show is also fully choreographed by Deborah Brown – what a spectacle!

Spinifex Gum began as a musical collaboration between The Cat Empire’s Ollie McGill and Felix Riebl plus the Marliya choir – Riebl also proudly taking the stage with them to supply some guest vocals tonight – and really needs to be experienced in a live setting to be fully appreciated. Don’t be fooled by their divine wash of vocals, however, Spinifex Gum pack a punch and their excellent diction reveals themes of racial injustice within their songs: “Treat ‘em like that you just make ‘em better criminals” (Locked Up). The roar of the crowd at each song’s conclusion speaks volumes. And The Children Came Back when performed by Spinifex Gun, their en-masse harmonies creating an enveloping wall of sound, is moving beyond belief as the audience claps along to the beat throughout the song in a show of respect and appreciation.

Read our 2017 interview with Felix Riebl about the creation of Spinifex Gum right here. 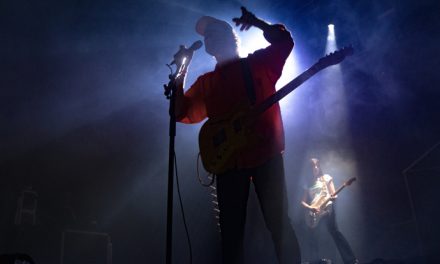 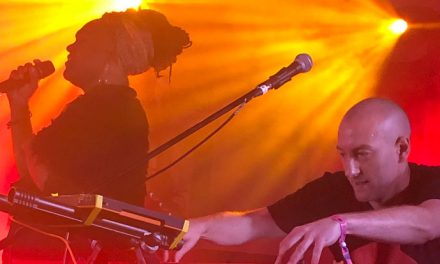 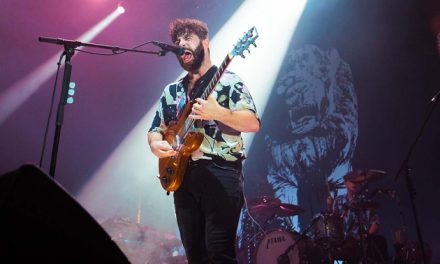