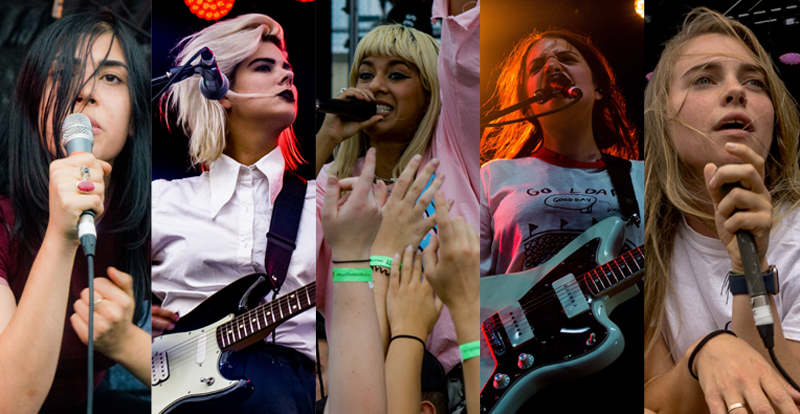 The inaugural, one-day Pool House Party festival – curated and headlined by adored Melbourne punk-rock act The Smith Street Band and their label Pool House Records – could never be accused of proffering a diversity-defective line-up. That’s why for this review, I’ll be focusing on five specific women artists who contributed to its total success at the Coburg Velodrome on Saturday. Nice one, Pool House.

All photographs by Tim Lambert. 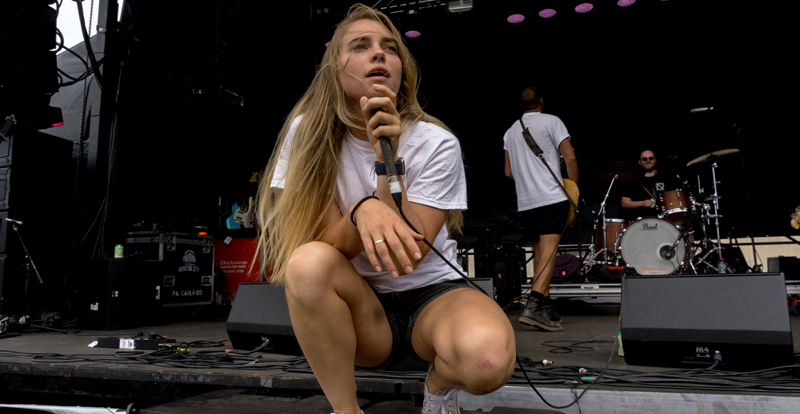 This four-piece from Melbourne suburb of Brunswick were fantastically tight – huge praise for the musicianship, particularly guitarist Greg Rietwyk – but the Press Club deal comes together with the performance of vocalist Natalie Foster. The lovable nut is all about stage banter, which is so jovial you feel as if you’re watching her carom off couches in her own loungeroom. Many bands chatted with the security guard directly next to the front PA, but it was Foster who got his name – Zen – as well as a hearty smile when she remarked “He doesn’t even mind that I’ve been playing with his hair. I thought he would. I thought he’d turn around… ‘Oi! Get the f-ck off my hair!” She then led a “Zen” chant and recommenced tearing through tracks from the band’s just-released debut album Late Teens, finishing with Headwreck. Just a total delight. 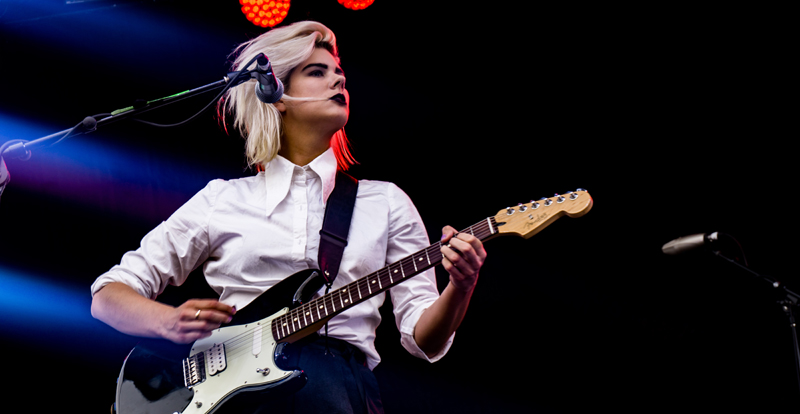 Captivating and disarming, Bec Sandridge possesses a voice which, to listen to, feels like a hummingbird deep under your ribs: very visceral, and always throbbing with movement even while she holds one note. Meanwhile, the power of her deeply solid live presence is so convincing that you bung it all together and basically end up with a Chrissy Amphlett-esque boldness/vulnerability, but with added guitar skills. 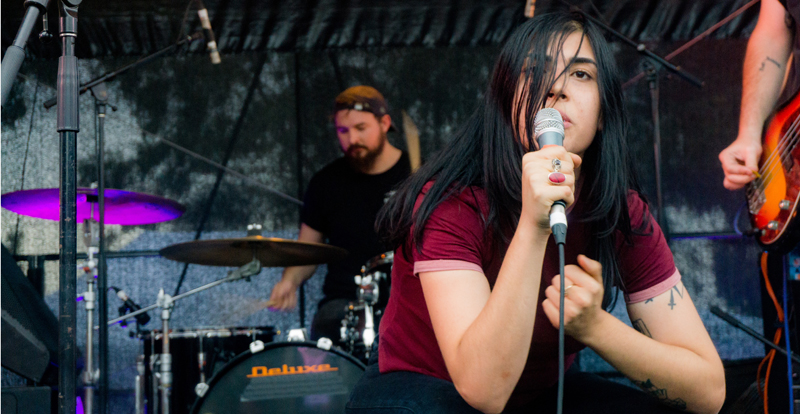 Quite frankly my dear, Marie DeVita doesn’t give a damn for affectation; there are few frontpeople on the fresh tour circuit right now who can demonstrate the impressively unobstructed communication between performer and audience the way this Brissie vocalist does. Her five-piece WAAX have neatly pared themselves an intimidating live reputation, which has followed them from last year’s BIGSOUND, through their We’re Totally F-cked tour, and the independent release of their excellent Wild & Weak EP. At PHP, DeVita didn’t want to rest on any of these estimations, but rather took them all on anew – she proved some mean thigh control with the number of times she squatted stagefront to appeal right to fans’ faces, and her fantastic vocal projection (with irresistible, manic, end-of-phrase vibrato) never faltered during electric performances of Same Same, Wild & Weak and This Everything. 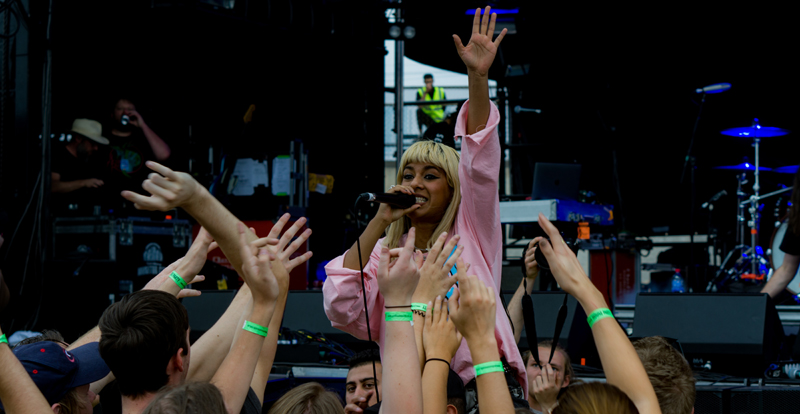 We all know Ecca Vandal is the mistress of stamping genre into a thick paste and then smearing it all over your delighted face, but when you see her live you learn she truly lives the energy of her music. Unfortunately FOH didn’t have her vocals quite high enough, so we only got the force of that terribly dynamic and elastic voice  when the band dropped out during the down moments – which, thankfully, happens numerous times across the musician’s progressive tracks. Stand-outs included End Of Time, Cassettes, Lies And Videotapes and Broke Days, Party Nights – all from her excellent self-titled album of last year. (See: further frothings in JA’s Album Of The Month review.) 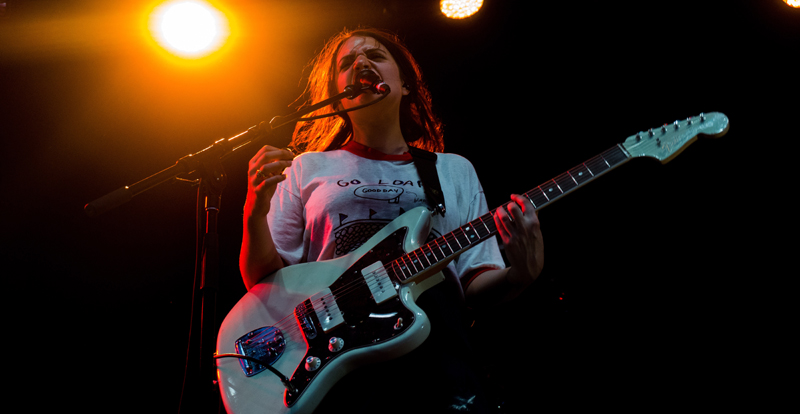 The gratingly beautiful way Tired Lion layer their chords is partly the work of guitar-slinging frontwoman Sophie Hicks, but her voice is, as with Press Club, the glue and cherry all at once. Japan, Not My Friends, Where Were You? and Fresh (all from the Perth four-piece’s recent album Dumb Days, which we reviewed here) illuminated how Hopes’ pipes can swing between tones at mach three – one moment lamenting and contemplative, and the next chastising with this lashing abandon. Very cool. 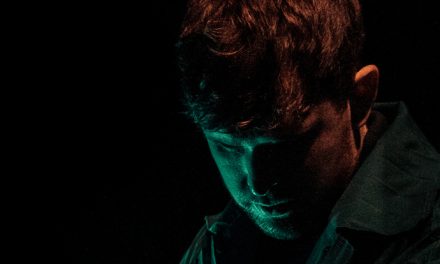 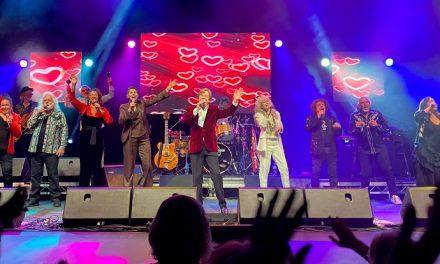 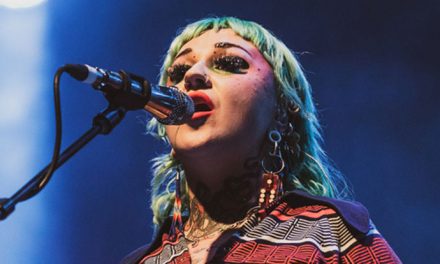 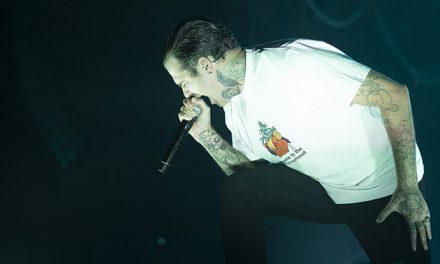