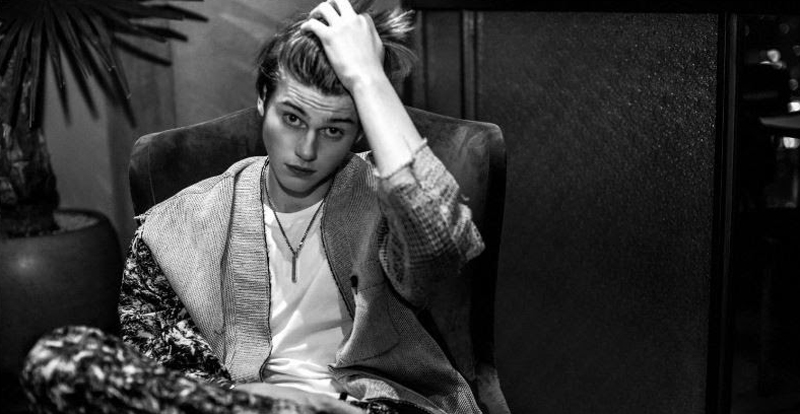 The Forum Theatre’s pit is chockers way before Genesis Owusu hit the stage and there’s a one-drink-per-person limit at the bar – both clear all-ages show indicators for this Friday evening event at Melbourne Forum Theatre. Owusu’s music boasts a strong “identity matters” message and his three, very ‘street’ backing dancers respectfully hit the deck whenever the rapper requires our undivided attention. He’s been hit with the charisma stick, too, and boy can Owusu sing! When he delivers the phrase, “Know that it’s hard not to notice me” during the sultry-smooth Wit’ Da Team, his profile serpent dance doesn’t go unnoticed. Big things await this triple j Unearthed Canberra artist who effortlessly straddles genres and presents a set that has us tipping Pharrell and OutKast score high rotation through his earbuds.

It’s so crammed in the pit that security guards regularly tell eager beavers to back up and bottles of water are piffed out to skyward reaching hands between sets. Briggs and Grey Ghost are spotted hanging in the VIP booths. Many in the crowd are probably attending their first-ever concert tonight and anticipation is palpable – the excitement level of these kids is Bieber pitch!

Squeals go up as a couple of bright yellow hazmat-suit-wearing roadies set up a safety barrier front of stage. For some reason fans in the front section rotate and start shrieking and waving toward the balcony – a Ruel sighting, perhaps? As soon as the house lights dim, the number of smartphones held aloft is unprecedented. Aforementioned dudes in hazmat suits remove the downstage safety barrier.

A black curtain drops to reveal the band. They are positioned upstage on an elevated rostra, standing in a straight line across. Also sporting a bright yellow hazmat suit, Ruel stands dead centre (his height gives him away). As he steps out of his suit, the teen screams are deafening. Ruel then descends some stairs and has the downstage section all to himself.

During opener Don’t Tell Me, the crowd singing overpowers Ruel’s vocal (which is unfortunate since we’re here to hear his dulcet tones!). The M-Phazes single on which Ruel is featured vocalist – Golden Years, the song that introduced many to this Sydney teenager’s silken timbre – is a set highlight, while the artist’s backing band (comprising guitarist, keyboardist, drummer and backing vocalists) is nuts!

Billy Davis (minus The Good Lords) is welcomed to the stage and joins Ruel down front on keys for Not Thinkin’ Bout You. Ruel’s Like A Version of Jack Garratt’s Weathered best shows off his elastic vocal range. After noticing someone struggling in the front section, Ruel stops his band mid-song to ensure this fan – who allegedly fainted – gets help. Ruel instructs everyone on the floor to take one big step back. All obey and then the band picks up exactly where they left off – slick! (Something tells us punters faint at Ruel’s shows a lot.)

It’s so incredibly cute seeing kids just inside the venue’s periphery waving madly Ruel’s way, hoping to score some kind of acknowledgment from their idol. His cover of The Weeknd’s Call Out My Name is greeted by yet another deafening crowd singalong with all smartphones held aloft once more to record the entire song (with added screech-singing as fans try to prove they know every lyric).

Individual bandmembers are introduced and given their time to shine. The drummer is an absolute beast, pummelling his kit for a quick solo and leaving us all slack-jawed ‘Whaaaaaaa?’ We’re unsure where everyone plucked their mini-glow sticks from, but many are produced and waved overhead in the crowd as Ruel performs Free Time, seated on a stool next to Davis (who supplies guitar accompaniment). A barrage of mini glow sticks are then thrown on stage at song’s close.

We’re treated to an encore as we’re yet to hear the single that is this tour’s namesake: Painkiller. The band return wearing their matching bright yellow suits, while Ruel sports what resembles a Burberry trench – stylin’ – and the crowd erupts as soon as that swaggering beat drops. In an effort to express appreciation, fans dig deep into their energy reserves.

With two shows at Sydney Opera House coming up this week (both of which sold out in less than 24 hours), Ruel will probably have ticked everything off his performer bucket list before he’s even graduated from high school. And he’s yet to release a debut album! Global domination awaits provided Ruel preserves those golden pipes. 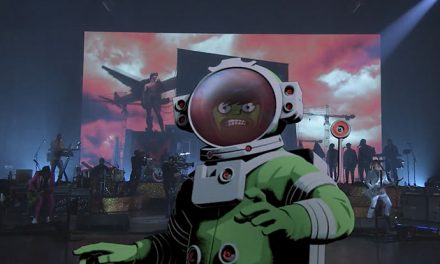 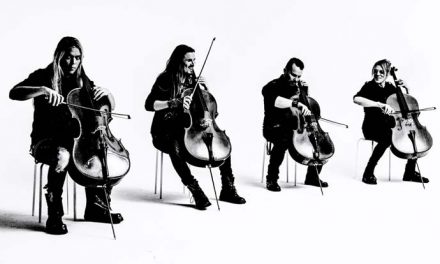