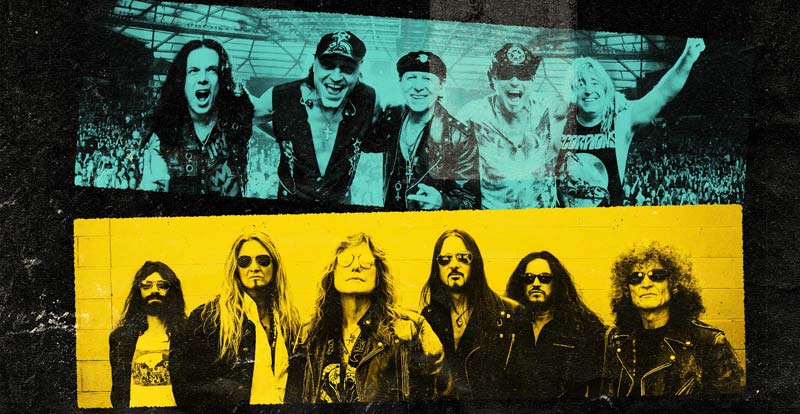 As we locate our seats in the darkness, The Who’s My Generation plays over the venue sound system to help warm up our voices for this evening’s endless singalong ops.

The band that proved the new wave of British metal could trouble the charts, Whitesnake, hit the stage and immediately detonate with Bad Boys (“…Getting wild in the street… Running undercover of moonlight). Previous Deep Purple lead singer David Coverdale sure loves manipulating his mic stand, sometimes leaning back to turn it into an extension of his manhood. He leaves no section of the arena feeling neglected, racing all over that stage and down the catwalk while pointing in the faces of those who are belting out lyrics. Drummer Tommy Aldridge obviously missed the all-black-attire memo and sports a long-sleeved white T-shirt and shorts – he looks like the opposite of a rock’n’roller (a surfer, in fact).

Coverdale tells us it’s been 12 years between visits for Whitesnake, and we’re immediately in awe of their naaasty riffs. Slow an’ Easy gives Coverdale a chance to show off his roar and the technical virtuosity on display via stop-start riffs and drum parts during verses is staggering. Ain’t No Love in the Heart of the City is a standout moment, with epic guitar solos delivered with appropriate levels of ‘guitar face’. Red Beach’s rapidfire fret-tickling is astounding and when he enters into a dual guitar duel with Joel Hoekstra – to the tune of Waltzing Matilda – we’re awestruck.

Whitesnake live are just about as subtle as their song titles (eg. Trouble Is Your Middle Name and Shut Up & Kiss Me) and the solos are plentiful. Aldridge’s drum solo concludes with him piffing his sticks into the crowd before returning to his kit and using hands, elbows – whatever it takes – to continue bashing out rhythms before he’s basically boxing with the cymbals. As soon as Michele Luppi triggers the keys drone that ushers in Is This Love, the crowd goes nuts. Getting the opportunity to belt out this song in a communal atmosphere is worth the ticket price alone.

Someone throws a bra up onto the catwalk. Coverdale picks it up and inspects the black lacy number before gleefully announcing, “It’s still warm!” Punters sing along with Here I Go Again from the very first word and we’re thrilled when Coverdale hits that impossibly high, glass-shattering note: “Here I GOOOOOOOOOOOOO-ooooooooo!” Hoekstra’s guitar is absolutely covered in crystals, to spectacular effect, and Whitesnake’s guitar work is face-melting beyond belief. Coverdale concludes his band’s victorious set with some words of wisdom: “Don’t let anybody make you afraid.”

After visuals of a helicopter flying over cityscapes grace the giant screens, four figures drop from the helicopter right when Scorpions run onto the stage space, opening with Going Out with a Bang all guns blazing.

They were due to perform in Melbourne for the very first time in November 2018 as Def Leppard’s support, but were forced to cancel at the eleventh hour after a doctor advised singer Klaus Meine to rest his voice. Scorpions promised they’d return and tonight the band honour that promise. The singer tells us how painful it was for him to be in his hotel room and resting his voice that night when he knew the rock’n’roll show he was scheduled to play was going on without him at this very same venue. Meine flings so many drum sticks into the crowd during the show that there’s probably more front-row punters with them than without: a tall guy catches two (greedy!) and a chick is later witnessed storing this prize possession in her cleavage.

“We sway our arms from side to side and sing along in heartfelt fashion.”

You wouldn’t ever catch a Scorpions member taking a sideways glance to check timing; it’s as if they’re all plugged into the same socket. This band belong on the Top of the Bill. Scorpions move to the second stage at the end of the catwalk and Meine dedicates Send Me an Angel to our volunteer firefighters. Then the band runs back to the main stage, leaving Meine alone at the end of catwalk – with only his mic stand for company – to deliver Scorpions’ “song of hope” Wind of Change and, yes! Meine’s live whistling is perfection. We sway our arms from side to side and sing along in heartfelt fashion: “Taaaaaaaaaake me/ To the magic of the moment, on a glory night/ Where the children of tomorrow share their dreams/ With you and me…” – many in attendance have waited years to hear this song performed live and it certainly doesn’t disappoint.

Tease Me Please Me also pleases us immensely and Big City Nights brings with it some ace audience participation. Mikkey Dee’s drum riser elevates and he performs his solo suspended, with smoke billowing out from beneath the platform to highlight the height. Scorpions throw out what must surely be a Guinness World Record amount of plectrums at main set’s close, but don’t be fooled; that doesn’t mean they won’t return for an encore! And Rock You Like a Hurricane solidifies what we already knew: Scorpions are the Mad Max of rock’n’roll.

Scorpions at JB Hi-Fi … and Whitesnake too! 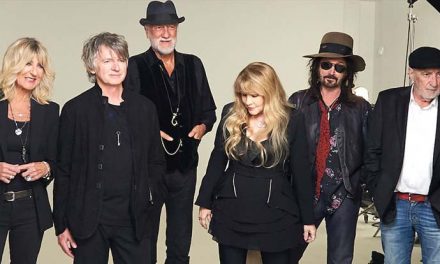 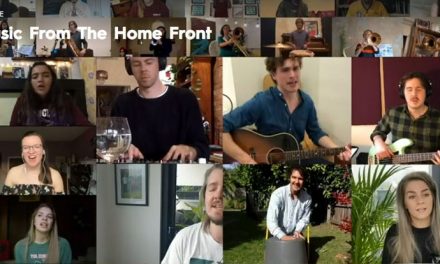