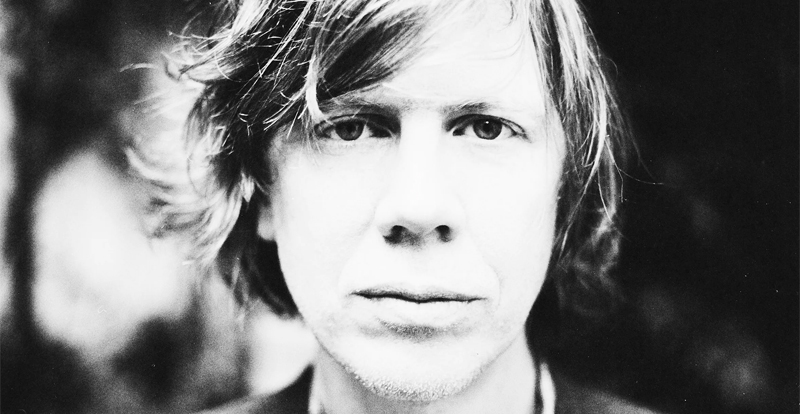 At Astor Theatre the night before Thurston Moore In Conversation, Moore performed original scores to accompany four seminal works by the Ukrainian-born American experimental filmmaker Maya Deren: Meshes Of The Afternoon (1943), At Land (1944), Ritual In Transfigured Time (1946) and her unfinished short Witch’s Cradle, which was filmed in Peggy Guggenheim’s Art of This Century Gallery and features Marcel Duchamp.

On Thurston’s love for Striborg:

“I wasn’t ever an isolationist, although I love isolationist music. I really like, what’s his name? Um, Striborg, that black metal guy from Tasmania. He lives in isolation and does his work.”

“I think that, preternaturally, people are fantastic. The other night I saw that film The Australian Dream and I think there was an undercurrent in the dialogue of that film that was just that: this idea of really wanting to have this mutual respect and trust for each other, and knowing that it’s there… The Australian Dream seemed more like a movie about what it meant as opposed to exactly what happened.”

“To underestimate the intelligence of anybody younger than me is, like, ridiculous, and I notice that happening in a lot of places… When you see somebody as young as this girl Greta Thunberg… I mean, she’s the most brilliant person on Earth right now. But when you see somebody like Boris Johnson or Donald Trump sort of coming into power… It kind of makes you wonder what world we live in.”

“I was really into the literature of music. For me, rock writers in the ’70s were as important as rock musicians, and I was really interested in the journalism of music. And so there were writers like Patti Smith… we’d see her byline in Rolling Stone or Creem or Rock Scene.”
Moore also namechecks Lester Bangs and Richard Meltzer as rock critics of distinction.

On his musical instrument history:

“I kind of wanted to be a drummer early on, but my hand-to-foot coordination just wasn’t there at all… and I think the idea of carrying around my own drum set didn’t appeal to me.”

“I played the flute for a while at maybe 14 [years old], and I kind of excelled at it, but then the music teacher at our school – we had to do a program and he said we all had to wear bow ties, and I refused to.”

On the sound of Sonic Youth:

“That process of creating your own sort of musical road, especially in a bit of a so-called sonic democracy of a band – that’s something I loved, but it’s not something I feel like I wanna do again… It’s sort of like, I’m not gonna get leg tattoos or something [laughs] – I’m too old for those – so it’s something about acting your age.”

“[Glenn Branca] sort of saw us as this group that was really representing a transition, keeping a balance between untutored yet progressive.”
Branca put Sonic Youth’s debut set out on his Neutral Records label.

“The Sonic Youth record Bad Moon Rising, which has the burning scarecrow on the front – that scarecrow is in Brooklyn in this yard that was behind a building right next to the East River, and we were allowed to use this property because of Moki Cherry, and Moki Cherry was a friend of the woman I was working for at the time. So I had met Moki and was telling her about this idea for an album cover with my band, and this kind of Americana environment, and I didn’t know where to do it in New York City – I mean, you’d get arrested immediately if you were just burning an effigy of a scarecrow in the middle of the street – so she said, ‘Well, I have this land…'”

Thurston Moore Group’s forthcoming album Spirit Counsel (scheduled for release next month) contains three extended recordings, one of which is titled Alice Moki Jane and pays homage to Cherry, Alice Coltrane and Jayne Cortez. Another of this album’s pieces, 8 Spring Street, references Branca’s New York address and was written as a tribute to the late American avant-garde guitarist/composer.

“We hope to come here after the new year. That’s the idea.” 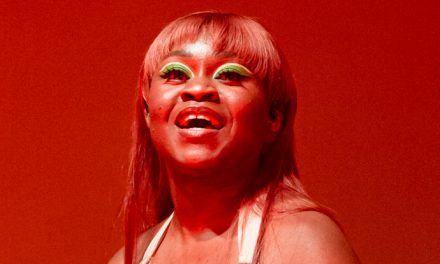