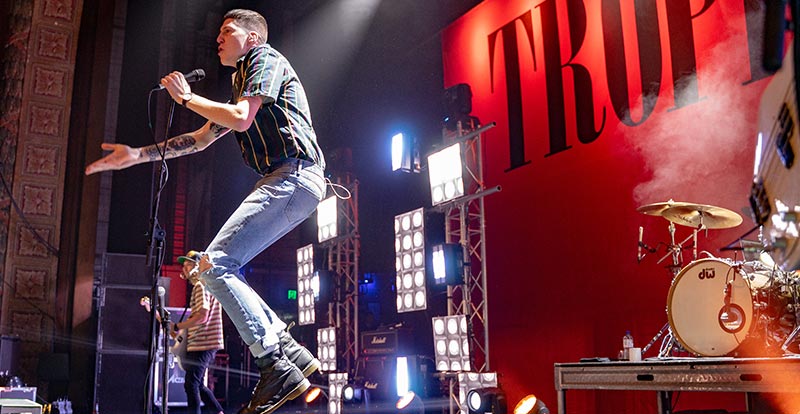 After releasing what is likely to be the best record of 2018 in The American Dream, Trophy Eyes returned to Melbourne last Saturday night for their biggest headline show in our city to date. Words: Luke Sutton. Photo: Tim Lambert.

Support slots from Trophy Eyes’ long-time friends Stumps, Maddy Jane and Dear Seattle helped set the scene for the main event, with each act warming up the already capacity crowd with their own unique blend of punk, hardcore and garage rock. It was awesome to see so many punters turn up to watch the support acts, and even better to have a diverse sound performed by each of them.

As Trophy Eyes took to the stage, it was nearing 10:30pm and the energy in the room was palpable. The band emerged, and began to tune in before vocalist John Floreani bounded onstage and kicked things into overdrive with a slew of The American Dream hits. Proceedings began with a stage intro of A Cotton Candy Sky, before launching into Lavender Bay, More Like You and Broken. After such an electric start, you might think the band would tone it back to catch their collective breaths, but the singalongs kept rolling with Something Bigger Than This and Hurt, and the circle pit on the Forum floor was going off.

Banter to the audience, including recollections of their first shows at Wrangler in 2013 and the size of the epic banner adorning the stage, made this huge show still feel appropriately intimate, while select tracks from Chemical Miracle were scattered throughout the set for long-time fans. But for a band who have often played small venues, they made the most of their time on stage, including an impressive display of pyrotechnics and golden streamers being fired into the air during select moments of their set.

Breaking out the acoustic guitar for Tip Toe and the hauntingly beautiful A Symphony of Crickets, the Forum crowd turned into a sea of phone lights and lighters, which was a beautiful sight, before a two-punch finale of Chlorine and Friday Forever. Returning for an encore (“You knew we were coming back!”), the band launched into arguably their biggest singalong of the night, You Can Count on Me’. Honestly, if that song doesn’t chart in the top 10 of the Triple J Hottest 100, there’s something seriously wrong with the universe. The epic finish of the night came in I Can Feel It Calling, the incredible album closer for The American Dream and an appropriate conclusion for an amazing night of live music.

Tonight’s show was something truly special. There was so much emotion in the room from the audience to the band, and it really helped set the tone for the night. Floreani has been quite vocal about the struggles of balancing the stresses of life (something I think we can all relate to), and tonight he’s so genuinely thankful for the love and support the crowd has shown Trophy Eyes over the years. Because let’s be honest, Trophy Eyes rightfully deserve it. A celebratory embrace with his bandmates at the end of the set, the culmination of The American Dream tour (and probably years of personal sacrifice, blood, sweat and tears to get to this moment) was an unexpected but poignant onstage conclusion. It was a truly beautiful way to end the night, and something special for us to witness as an audience.

If you weren’t at this Trophy Eyes gig, you missed out on being a part of one of the most honest, inspiring and incredible shows of the year. The pop punk scene in Australia lives and dies by the community that surrounds and supports it, but it goes without saying that tonight, its heart was well and truly beating strong. 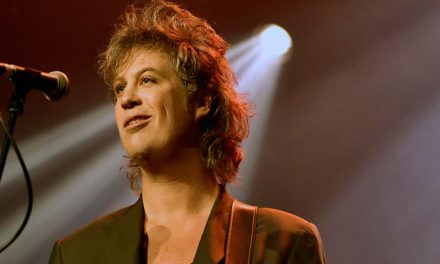 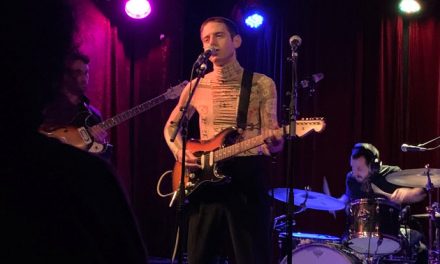 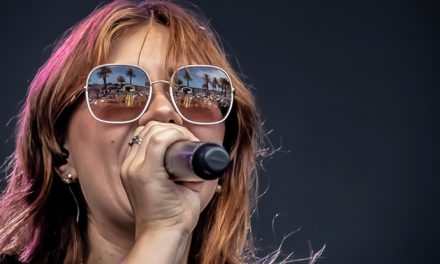