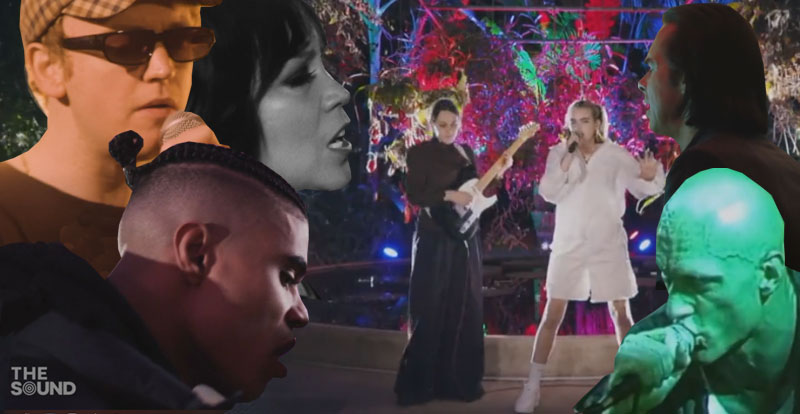 As Bryg and Zoë set themselves up for optimal viewing, we’re introduced to our hosts of the night: ABC alumnus Jane Gazzo (Recovery) and Bryan Brown (veteran Aussie actor lauded both locally and internationally), who introduce us to our musical guests throughout this one-hour-long slot.

Bryget kicks things off with an emphatic GIF.

DMA’S, Criminals from new album THE GLOW (which just debuted at #2 in Oz, #4 in the UK, and #1 in Scotland) @ Carriageworks, Sydney
(Read our album review here, and our interview with frontman Tommy O’Dell here.)

B: DMA’S R killing it! And modelling the latest attire from Liam Gallagher’s label Pretty Green by the looks of it. Sound great, tho! Is that cap Burberry?

Zoë: Meanwhile Mason on the piano in that furry-hooded coat makes me think of that dude from Dreamcatcher. Apparently this is Tommy O’Dell’s fave from the new album – I can see it behind those luxe-dark frames.

B: I LOVE Zan so bloody much! Wanna B her!

Z: [She] turned up on JB’s top 10 vinyl chart recently, to my happy surprise.

B: Dig her hardcore! I just got Toni Braxton You’re Makin’ Me High vibes.

B: This song sounds like California Dreamin’ in a way.

Z: Have you ever been to the Fyrefly?

B: GREAT venue. Alma Zygier played at the Firefly opening – how I discovered her!

Jerome introduces his track: “The reason I chose this song is, for one, it’s the only song I’ve got. And two, it means a lot to myself and for my people as well… I’ve protested, signed petitions, done everything I could, and I still felt like it wasn’t enough. So I believe I should use what was gifted to me and that is my music, my talent – the only thing I’m really good at. So, I used that to write this song. I hope you enjoy it.”

Z: Oh Jerome… “This is the only song I’ve got.” A supremely powerful track.

B: Wow, does it get more emerging than “This is the only song I’ve got” – SNAP!

B: Ok, stop – jinx moment from us. He’s like a heaps better Bieber.

B: Whaaaaat?! LOVE this song! #ripgreedy

FROM THE ARCHIVES: Midnight Oil, US Forces in Sydney during the ‘Oils On The Water’ tour, 1985

Z: Yessss! The year of my birth. And the clarity of that voice!

B: Rob Hirst, tho (*clapping emoji, drumming emoji*). All Hail!

Nick Cave, The Ship Song @ Alexandra Palace (a sneak preview of Cave’s An Idiot Prayer performance, which will be available to stream this coming Thursday)

B: Give me a few minutes.

[A few minutes are given]

Watch the full episode of The Sound on ABC iView, and look out for next week’s episode! 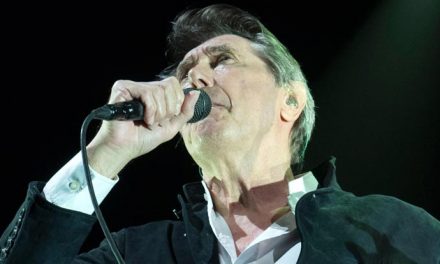 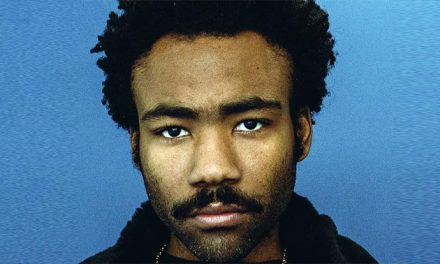 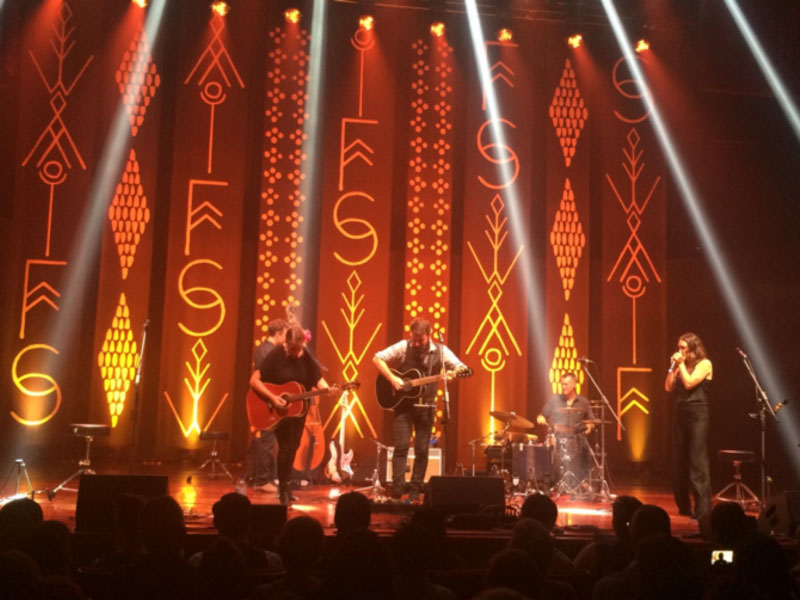 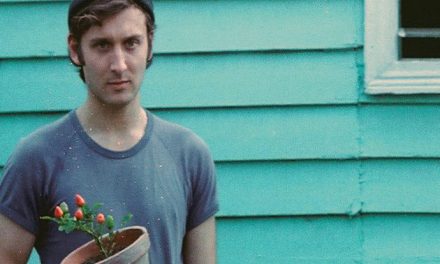