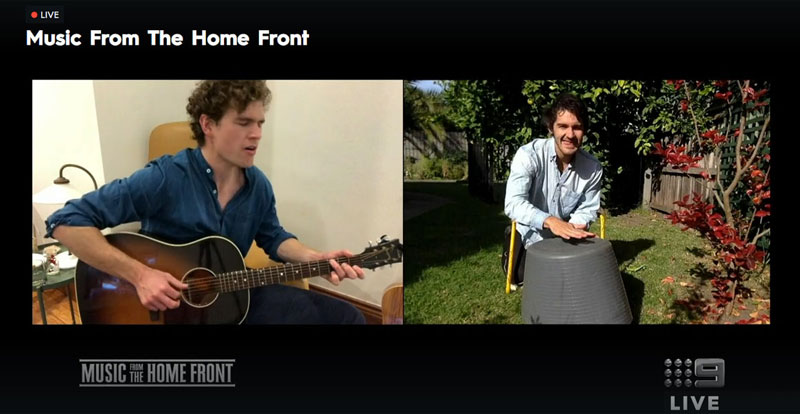 Music From The Home Front, live-streamed on Channel 9, Saturday April 25, 2020.
See our full gallery of screen-snaps from the event here.

“It was phenomenal,” says Michael Gudinski – Chairman and Founder of Mushroom Records, and organiser of the Music From The Home Front project. He’s clearly still on a high. Picking out Barnesy, Delta Goodrem, DMAs and Bliss N Eso with Kate Ceberano as particularly impressive performances, Gudinski reveals a little of what we can expect from the upcoming official release of the night’s sets.

“We’re going full-out on the packaging – it’ll be a multi-CD – but the thing I’m most excited about is, in about eight weeks there’ll be a triple-disc vinyl commemorative set,” he says. “I’m personally not getting a project fee – I don’t want it – but every artist got paid. You can tell in my voice, it’s something that I will never forget. I was very nervous but… from when I started [Mushroom Records] in ’72 – geez, that makes me feel old – Music From The Home Front was one of the greatest moments of my whole career – and it’s been a long, great career.”

Keep an eye out for our full interview with Michael Gudinski, coming soon.

Music From The Home Front opens with a jawline we’ve come to know very well: it’s James Morrison, bugle pressed to his lips, giving us that bittersweet melody of The Last Post.

Morrison is in Adelaide, our host David Campbell tells us, before introducing his co-hosts: Delta Goodrem, Christian O’Connell (who adorably makes up a new word in describing the  ANZAC spirit as one of the “incrediblest” things about Aussies and New Zealanders), and Guy Sebastian with his son Hudson (affectionately called “Huddy”, who later on accidentally introduces The Rubens as The Rudys, bless him, and who has received a… pretty questionable home haircut from his dad) – all wearing sprigs of rosemary in their buttonholes.

Tonight will be about celebrating the spirit of the ANZACs, as well as the outstanding efforts of medical and essential workers who are saving lives during the current pandemic.

First up is Ben Lee, Jack River and Lime Cordiale performing Lee’s hit We’re All In This Together, and we see how the evening is going to work: artists have pre-recorded their performances and  shared them with their performance collaborators, who have filmed themselves contributing their parts, all presented in split-screens. (Our predictions weren’t too far off – perhaps Dave Dobbyn and Paul Kelly doing Slice Of Heaven really is on the cards!?) We’re gifted some absolutely gorgeous harmonies from the Cordiale boys, and then join the friendliest Zoom conference call ever when Lee’s friends, fam and fans sing along with the song’s chorus. Starting to feel teary, y’all!

Next are Barnesy and Diesel doing Working Class Man, The Wiggles with a catchy ditty about washing your hands (who turns off the tap with their sleeve?! Elbow always works best), the freshly-astounding-every-time-I-see-her Tones and I with Forever Young, James Reyne and Mark Seymour doing Reckless and Throw Your Arms Around Me (with back-ups from daughters Hannah and Eve – gee wiz, that’s a talented family), and then John Schumann and the Vagabond Crew with Archie Roach, who give us a moving rendition of I Was Only 19.

An absolute stand-out comes when Bliss N Eso team up with the incomparable Kate Ceberano; MC Bliss has set up a drone shot to soar up to his apartment balcony, while MC Eso is bouncing around in front of his Gold records with his son on his hip. Then everybody’s fave uncle Sam Neil thanks our frontline medical workers before introducing Crowded House, who give us a stirring rendition of Don’t Dream It’s Over. Liam Finn is wearing the crispest pair of matching PJs you’ve ever seen.

That gem is followed by Dean Lewis with Be Alright, Paul Kelly and Jess Hitchcock with Kelly’s enduring hit Every Day My Mother’s Voice, and The Rubens with their track Live In Life.

“Lest we forget those who fought for our freedom and gave their lives,” says Jon Stevens – who just did the Kokoda trail with his son, apparently, mad props – along with The Preatures’ Isabella Manfredi, who deliver INXS’s Never Tear Us Apart, and then Delta Goodrem’s much-hyped performance turns out to be Down Under with Men At Work’s Colin Hay – what a collab! The thing we love most about this is Delta’s obvious professionalism: let’s presume Colin recorded his part first, as he’s the songwriter; Delta has clearly re-listened to Colin’s melodic ad-libs towards the end of the song several times, and matched her harmonies absolutely impeccably – very impressive.

Another highlight arrives with Vance Joy’s performance of Lay It On Me, which begins with a dude thumping an upturned bucket in his garden, looking absolutely thrilled to be there, and expands to reveal about 40 accompanying musicians and singers.

David Campbell describes Carry You from Tim Minchin and Missy Higgins as “exquisite” – and he’s not wrong. Tame Impala’s Kevin Parker delivers a sublime, stripped-back version of On Track with just his acoustic guitar, a cream couch, and his comfy slides on.

G Flip gives us About You while a montage of essential workers unspools. Talk about room envy – G’s home studio (which we know so well from the original clip from this song, which we’ve watched 17,000 times) is seriously decked out with equipment. Crowded House’s hit Better Be Home Soon has the perfect melody to showcase Tommy O’Dell’s disarmingly sweet vocals – DMA’s absolutely nail it – and then it’s time for Courtney Barnett to deliver her gorgeous lament Depreston. Her set-up features a huge, primary-coloured wall mural – who can tell us who the artist is, please?!

When we see Vika and Linda Bull appear, for a second we hope our Iso City Limits prediction may have come to pass – but it’s even better than that: Will Barton on yidaki (that means didge – thank you Baker Boy), Troy-Cassar Daley, Shane Howard, and Emma Donovan treat us to Goana’s Solid Rock. Meanwhile, we realise we didn’t know Guy Sebastian could play the guitar so beautifully – he does the percussive knocks and all while belting his gorgeous track Battle Scars.

After Vera Blue gives us her phenomenal Regular Touch, we finally get to see the track we’ve all been waiting for: Dave Dobbyn’s Slice Of Heaven. We are bouncing about like Dog himself, and continue the joy for Jack River’s gorgeous performance of her hit Fool’s Gold. Birds of Tokyo gives us a taste of the way they envisioned the symphonic set-up for the tour of their new album Human Design, as they perform Unbreakable with the Western Australian Symphony Orchestra.

This absolutely superb showcase of Australian and New Zealand musical talent concludes in the perfect fashion: with Jimmy Barnes and his family along with Ian Moss performing When The War Is Over. We can’t praise the organisers of this event (which came together in just nine days, Mushroom honcho Michael Gudinski says towards the show’s beginning) enough. Lest we forget our ANZAC heroes, all the gratitude to the medical and essential workers on the frontline of the COVID-19 pandemic, and many virtual hugs to the brilliant musicians who participated in this extraordinary event. 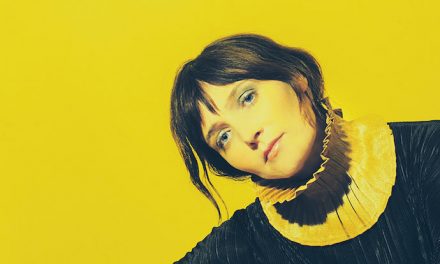 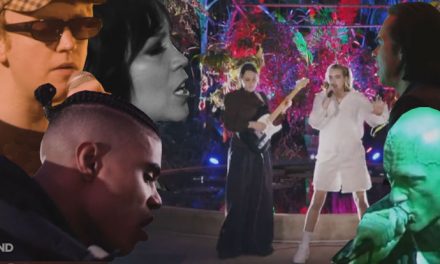