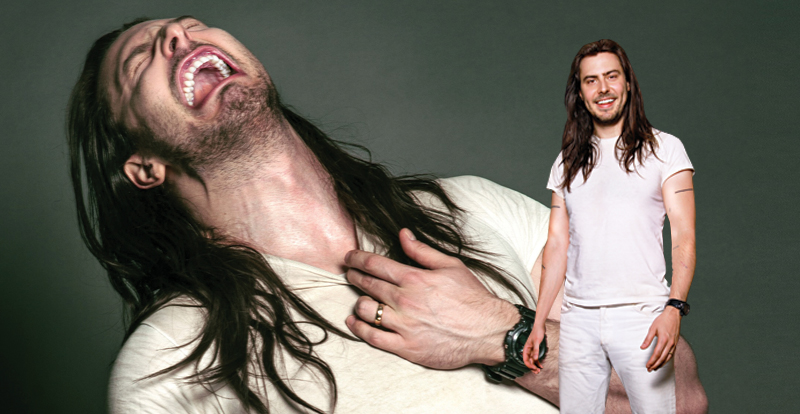 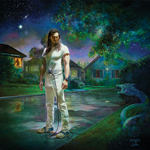 ICYMI, Andrew W.K. is coming to Australia for three partypants show-dates in late August (see all the info here) in celebration of his remarkable album of earlier this year, You’re Not Alone. Here’s the chat we had with the musician during its release, in which we discussed the ‘party on’ message of self-empowerment through rock which he first coined in 2001, and his assertion that confusion and doubt are absolutely a part of the journey.

The album is a real exploration into these conflicting states of being, and I think that can be reflected onto your specific position too: your status as either a saviour or a fraud has been discussed repeatedly in the media. Do you think the veracity of who you are even matters, if a listener derives something useful from your message?

Incredible question. I can’t thank you enough for approaching my work with this kind of perspective. I think [it] maybe doesn’t even need an answer because the question itself is so thought-provoking – it’s more fun to just contemplate it. With that in mind, it seems as though the polarities that are present in life in general have a strange way of both balancing our experiences and oddly cancelling them out, and what you’re left with in that process of cancellation, or that balance, seems to be some type of truth. If you’re having an experience and the nature of that experience or the source of that experience is on one hand verifiable, and on the other hand completely elusive, it doesn’t mean you’re not still having the experience. Like you’re almost able to liberate the experience from its source. Yeah, I’d like to think that’s what I’m trying to do. I want it to be liberated from me, but I’m also bound up in it ‘cause I’m a major part of the delivery mechanism, but I really am only a delivery mechanism and ultimately the experience should be liberated from me.

You use some terrific keys sounds across the record: Party Mindset has some neat blippy synths, and The Devil’s On Your Side has this pointy clavichord doing the arpeggios. How do you muck about with piano and keyboard effects?

Well, again, I don’t find myself saying this probably ever, but this is just another really excellent question. I don’t take it for granted. The very beginning of [Party Mindset] is quite stripped away, there is just a piano… then there comes in layers. It’s kind of bendy, there’s a sliding guitar and keyboard combination sound. I take a bunch of keyboard sounds all layered up together with guitar, and it’s been manipulated… making both a bass sound and also mimicking a very low-pitched sitar song, twangy and bendy with a lot of personality. Otherworldly, or inorganic, as well. I really like inorganic songs and sounds that can’t be placed exactly, but are very appetising.

How do you envisage these particular parts when you’re writing, especially when they ‘can’t be placed’ in the way you describe?

You hear what you want the sound to be in your head then you find a sound that – what’s the right word? You feel it’s missing, I guess. I don’t want to say “replicates” the sound that you’re hearing inside, but it makes it audible. That’s the strange thing about making music: you hear it, it exists inside you. It doesn’t actually feel to me like it’s inside – like it’s in front, kind of like a movie screen, then you have to find a way to make it possible for it to be heard.

A way to manifest it?

‘Manifest’ – give it a voice, yeah. I imagine with the writer, there’s many words that could be said that equate a particular vibe. There’s this idea that there is a perfect word and there is only one right word. I think that’s the same with recording. You’re trying to isolate that sound, that instrument, that approach of playing style that was made specifically to get this certain feeling across.

What do you like about these early keyboard instruments like clavichord and harpsichord, as opposed to your straight-up piano?

The harpsichord and the clavichord have a lot of personality, and they come with a lot of history and a lot of context, that communicates certain feelings and certain atmospheres. Then you can use those; you can take a whole lifetime of musical experience that you don’t even have to develop yourself. It’s just there from history, and you can have all the weight of that context. It comes with this great legacy of sonic meaning.

Break The Curse tells a whole story in itself, and it’s in two very distinct, dynamic parts. When the triumphant bit comes in the middle, some beatific strings come in. Was it very obvious to you how you wanted to communicate that moment of levity?

The first half of the song, that’s one of the oldest parts of the whole album. That’s a part I’ve been working on since 2005, [and] For whatever reason never had working words. It was just waiting. I never could forget it. Sometimes it seems these ideas just wait until they’re ready to be recorded. I was playing along with it and I was just still contemplating whether try recording it again or working on it more… [and then] it just happened very instantaneously.

I think it’s a very successful union. Thank you so very much for your time, Andrew.

Thank you. I’m thankful to anyone who listens to the music… I always wonder what people hear when they listen to music. Not just my music, but any music. What are they looking for? What do they recognise? And you hope that there’s someone else out there that’s going to hear what you heard when you made it. I’m desperately trying to get this across and you’ve made me feel as though it’s working. I’m really grateful.

You’re Not Alone is out March 2 via Sony. 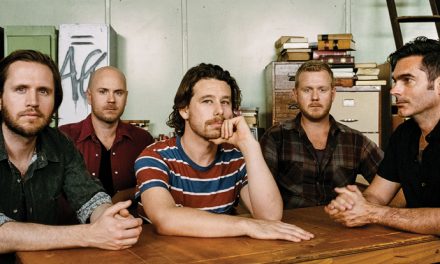 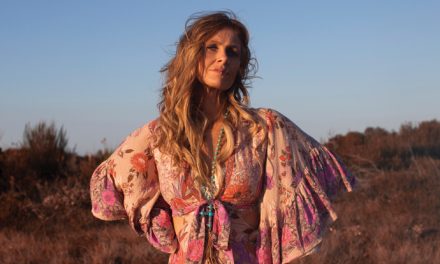 A Q&A with Kasey Chambers